The Democratic field for the 2020 presidential election seems to be growing every day. The latest entrant in the race is former Colorado governor John Hickenlooper. However, it’s Sen. Bernie Sanders, I-Vt., who leads the Democrats as far as fundraising goes.

Here’s how the current candidates stack up when it comes to campaign cash.

Sen. Amy Klobuchar, D-Minn., announced her run for the Democratic nomination for president on Feb. 10. Her campaign is estimated to have raised $1 million within 48 hours of that announcement.

Andrew Yang filed to run for the 2020 election all the way back in November 2017. An official campaign figure is hard to come by.

Sanders announced his 2020 candidacy on Feb. 19, but his campaign says he has already raised $10 million. In keeping with his previous campaign, he’s collecting most of his campaign funds from small donors — 360,000 of them, according to The New York Times.

See: Bernie Sanders’ Student Loan Forgiveness Plan Works for Millennials, but What About Everyone Else?

Within 24 hours of becoming a presidential candidate, the former congressman had raised $6.1 million for his campaign, NBC News reported. For comparison, Sen. Bernie Sanders raised just under $6 million within 24 hours of announcing his candidacy for the Democratic nomination. O’Rourke might have a penchant for fundraising, but it’s worth remembering he also raised millions in the 2018 midterms and still lost to Sen. Ted Cruz.

So far, O’Rourke has beat out the other 2020 Democratic candidates for first-day earnings in fundraising. However, Bernie Sanders amassed $10 million in donations by late February. Still, O’Rourke seems poised to overtake the No. 1 spot. The former representative set a new fundraising record in 2018 when he hauled in close to $40 million in a single quarter.

Sen. Cory Booker, D-N.J., launched his presidential nomination bid on Feb. 1. His campaign has not released any details on his fundraising efforts so far, but the Center for Responsive Politics indicates he has raised $25.9 million since 2013. In 2018 alone, he raised over $8.3 million, even though he was not up for re-election that year.

Where the Candidate Stands on Issues That Impact Your Wallet: Cory Booker’s 2020 Agenda

Although a bit too early to tell how John Hickenlooper will fare on the fundraising front, the leadership PAC he launched during the 2018 midterms, the Giddy Up PAC, drew in $600,000, according to the Center for Responsive Politics. So he does have some chops for getting money.

Many Democratic candidates are eschewing money from corporate political action committees. Sanders, Harris, Booker, Warren, Klobuchar, Gillibrand and Castro have all pledged not to take PAC contributions to their campaigns.

Julián Castro, former United States Secretary of Housing and Urban Development and mayor of San Antonio announced his candidacy on Jan. 12. Castro has not released any fundraising figures, but his home state of Texas represented the fourth-highest amount of campaign contributions during the 2018 midterms. The challenge is that less than 40 percent of that money typically goes to Democrats, and if Rep. Beto O’Rourke joins the fray, Castro will face some competition for that Texas cash.

Sen. Kirsten Gillibrand, D-N.Y., entered the race on Jan. 15. Her campaign has not released any information on her fundraising efforts, but her campaign noted she had received donations from all 50 states within a day of her announcement.

Figures for Marianne Williamson’s 2020 campaign are unknown. In 2014, the spiritual advisor and best-selling author raised $2 million in her bid to become a representative for California’s 33rd district, but lost.

Thinking about a career in politics? Check out the highest- and lowest-paying jobs in government. 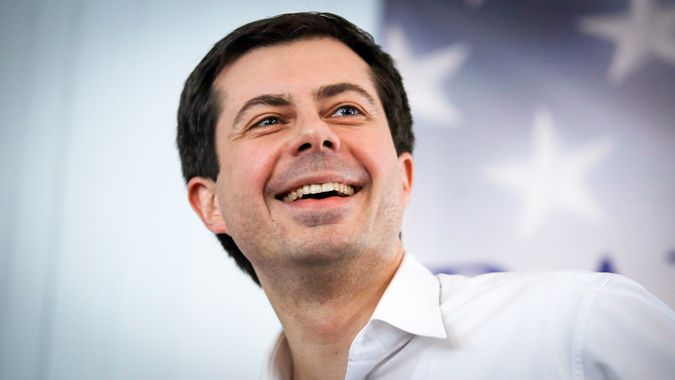 The mayor of South Bend, Indiana, is in the running for 2020.