But just because these unusual money-making ideas are somewhat dumb, that doesn’t mean they’re not secretly brilliant. Here are seven weird, unbelievable ways people have made serious bucks:

Many areas in the United States experienced record-breaking snowfall totals this past winter, including Boston. While the majority of Bostonians spent their time complaining about the snow, a guy named Kyle Waring took that frustration and turned it into a business idea.

It started as a joke but soon turned into a well-known venture. For $89, Waring would ship 6 pounds of local Boston snow to anywhere outside of the Northeast. While the business venture might have seemed as crazy and unbelievable as Boston’s snow totals, he sold $10,000 worth of snow, reports The Boston Globe.

Speaking of shipping random things, why not ship potatoes? Earlier this year, Alex Craig started his company, Potato Parcel, which does only one thing: It ships inscribed potatoes to anyone you choose. According to CNBC, Craig sold more than 3,000 potatoes in four months and made an average of $10,000 in sales per month.

Believe it or not, he isn’t the first person to make money off shipping potatoes. MailASpud.com began in 2014 “with the philosophy that everyone could use a potato every now and then.” For $10, the company will mail a potato anywhere in the U.S.  But beware — the company doesn’t recommend eating the potato after it’s been mailed.

While you’ve probably heard of people cutting off and donating their hair to Locks of Love, you might not know how easy it can be to outright sell it. Google “how to sell my hair,” and you’ll find a plethora of links walking you through the steps, showing you how to sell your hair and giving you an idea of just how much you could get for your locks.

As you might have guessed, the hair you sell can be used for making wigs or hair extensions. The longer and thicker, the better. And hair that has never been dyed or chemically treated will likely get you more cash. The good thing about selling your hair is that it grows back, meaning this is a money-making method you can cash in on more than once.

Why stop at selling your hair? There are many other parts of your body — and its fluids — you can sell if you so desire. You can sell your plasma, which is a colorless liquid part of your blood that can be separated from the red and white blood cells. Plasma is used in treatments for people who have blood clotting complications, a primary immune deficiency disorder and other conditions. Selling your plasma can earn you between $30 and $50 with each donation, according to Business Insider.

Men also have the option of selling their sperm. At the NW Cryobank in Washington and Montana, for example, you can earn as much as $1,000 per month — as long as you meet the criteria.

Females shouldn’t feel left out; they can donate their eggs and earn as much as $8,000 for a completed egg donation cycle, according to the New York-based Center for Human Reproduction.

Read: How Buying and Selling Cemetery Plots Can Make You Money

If you’re an outgoing person with some extra time on your hands, why not let someone rent you as a friend? RentAFriend.com is a website that allows customers to rent local friends based on an hourly rate. All activities are platonic, and it’s not the same as online dating.  According to its website, some friends make more than $2,000 a week being a full-time friend; those who are friends just on the weekends make between $300 and $500. And, it’s free to join the site.

6. Auctioning Off Their Forehead

Whether you pay attention to it or not, what you wear everyday serves as advertising. If you’re walking around in a Nike shirt or sporting a Yankees hat, you are essentially giving that brand or team free advertising.

Taking advantage of that concept, some people have gotten creative about advertising and have learned how to get paid for it. This idea got a lot of attention after a man named Andrew Fischer used eBay to auction off his forehead for an advertisement. The winner of the bid war was Green Pharmaceuticals, which reportedly paid him close to $37,400 to advertise its Snore Stop product on his head for one month. In an interview years later, Fischer said, “For 40 grand, I don’t regret looking like an idiot for a month.”

Other people who seem to agree with Andrew’s mindset have shaved their head and put temporary tattoos on them for free airplane tickets or cash.

While it might seem like every possible app is available on your smartphone and tablet, we all know that’s not the case. You just need the ability to think of a good idea and get it up and running. And the definition of “good idea” is very much open to interpretation here.

While some would have said an app that makes a farting noise and nothing else would never make anyone any money, others see the value in having such an app. While Apple originally rejected the first fart noise-making app, it eventually reversed that decision and in one day reportedly approved 14 different similar apps. The iFart Mobile creator possibly pulled in $10,000 a day at the height of its popularity, reports Fortune.

So if there’s an app for farting noises, just think of all the ridiculous and dumb apps that are waiting to be created — and cashed in on. 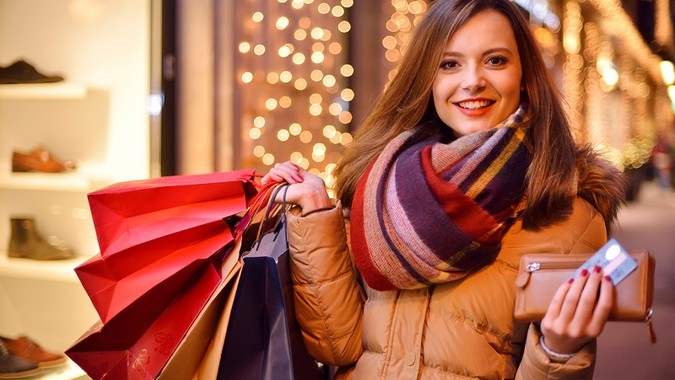