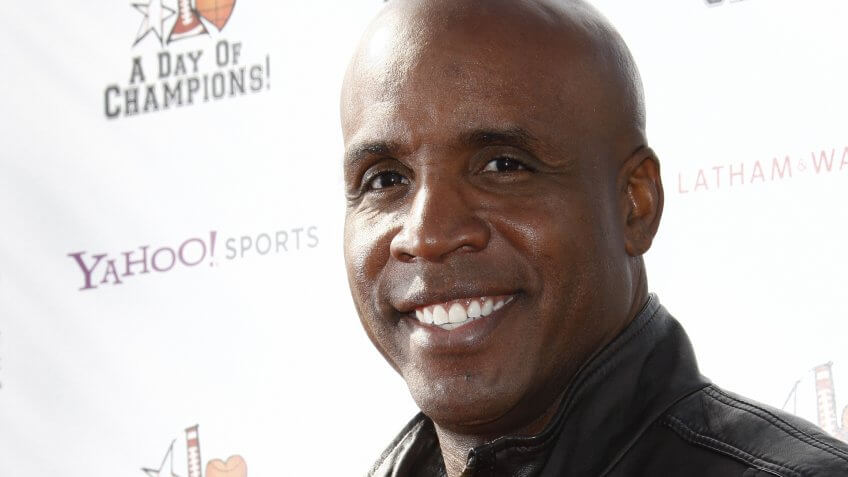 Becoming a baseball star usually guarantees a player fame and fortune — but there’s no guarantee that fortune will last. Some of the greatest players ever failed to translate their talent to post-career success. From bad investments to fraud and drug abuse, these people are unfortunate examples. 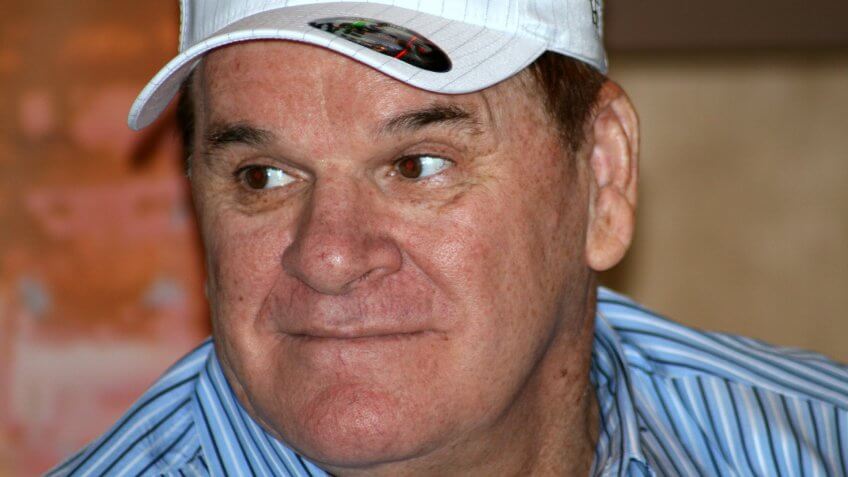 Pete Rose played in more games and had more at-bats than any player in history. And despite winning three World Series on top of that, Rose is not in the Baseball Hall of Fame. Rose was accused of gambling on baseball — including placing bets on his own team, a charge he initially denied but later admitted in a book.

In 1989, after the release of the now-famous Dowd report, “Charlie Hustle” was banned from baseball for life. The Dowd report chronicled years of habitual, high-stakes sports betting by Rose. He owed tens of thousands of dollars to multiple bookies at the same time and reportedly never bet less than $2,000 per game. 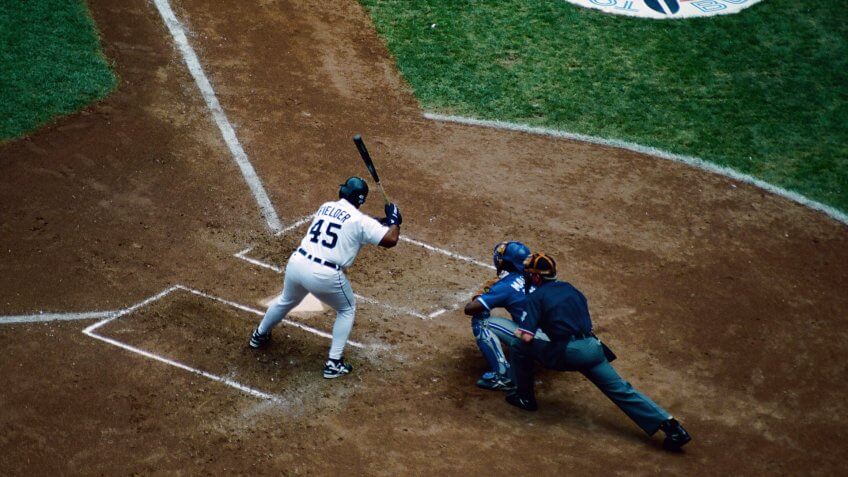 A key force in the New York Yankees’ 1996 championship run, Cecil Fielder was a standout slugger with 319 home runs on his resume. “Big Daddy,” as the massive power hitter was known, earned millions during his career, but it didn’t take long for him to spend his fortune.

Shortly after retirement, Fielder racked up debts of more than half-a-million dollars. After losing $588,000 in just two days at Trump Plaza in Atlantic City in 1999, the casino sued him for failure to pay all but a small portion of his debt and won a judgment of $563,359 against Fielder. 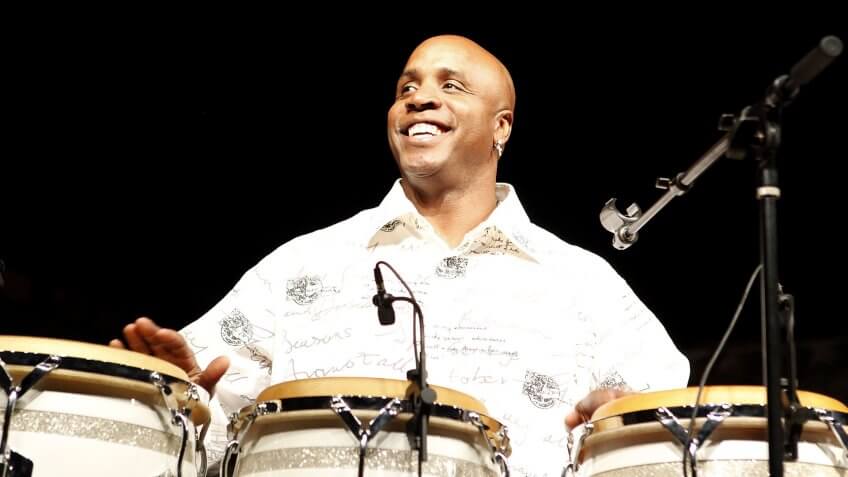 Barry Bonds toppled slugging and home run records held by Babe Ruth, Mark McGwire and Hank Aaron — to name a few. By the time he reached his miraculous 2001 season, however, Bonds was covered in 40 pounds of muscle that didn’t exist when he was a younger player.

Bonds was soon enveloped in a steroid scandal which resulted in a felony conviction that was eventually overturned. Unlike Rose and Fielder, who gambled away massive chunks of their fortunes, Bonds’ biggest losses came from what he might have earned but never did. In 2007, he earned $19.3 million after tallying 28 home runs in 126 games.

By the following year, he was so unpopular that not one team would give him a job. Like Rose, Bonds remains shut out of the Hall of Fame. 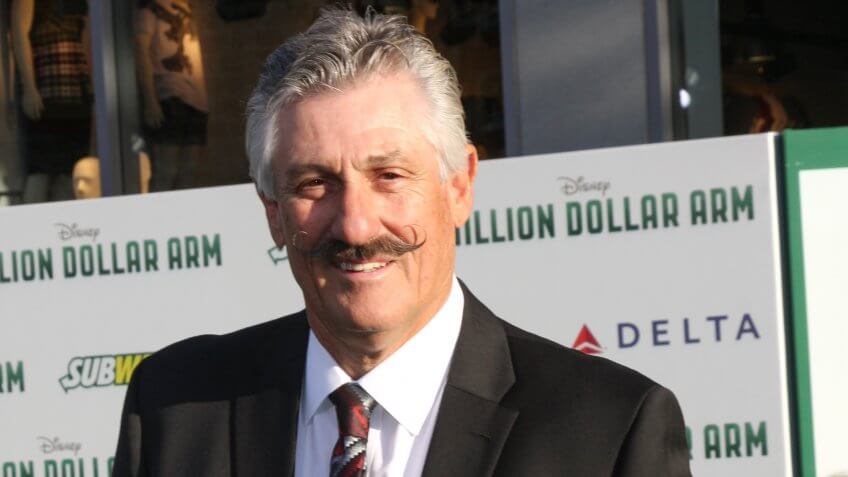 As a pitcher, Rollie Fingers won three Rolaids Relief Man awards with the Padres, both the Cy Young and MVP awards with the Brewers and three World Series championships with the A’s — and he also had one of the most famous mustaches in baseball history.

He was much less successful, however, in his non-baseball life. The Hall of Famer’s life after baseball has been marred by a series of family and financial disasters that saw him blow through $5 million and rack up $4.2 million in debt in less than five years. Fingers’ overspending, failed business ventures and financial mismanagement culminated in a 1987 bankruptcy that took place while his wife was still in the hospital recovering from a serious car accident. 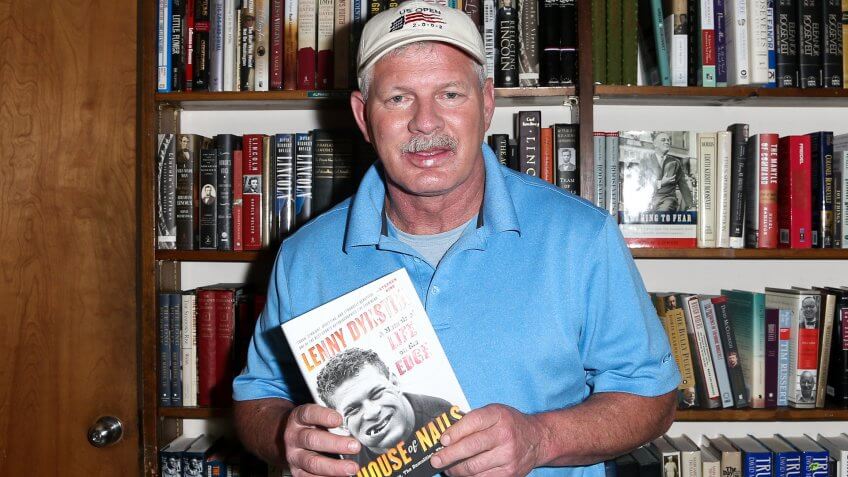 Lenny Dykstra was a key figure in the New York Mets’ legendary 1986 World Series run and also enjoyed a stint as a star member of the Phillies. He earned at least $36.5 million during his 12 seasons. In retirement, Dykstra became a successful investor and publisher. But by 2008, his lavish spending, combined with the onset of the recession, signaled the beginning of the end for Dykstra’s financial fortunes.

In 2008, Dykstra had a net worth of $58 million and lived in an $18.5 million mansion that he bought from Wayne Gretzky. The next year he declared bankruptcy.

By 2012, Dykstra was in jail and unable to post $500,000 bail for charges of bankruptcy fraud, money laundering and concealing assets. Dykstra was released in 2013. 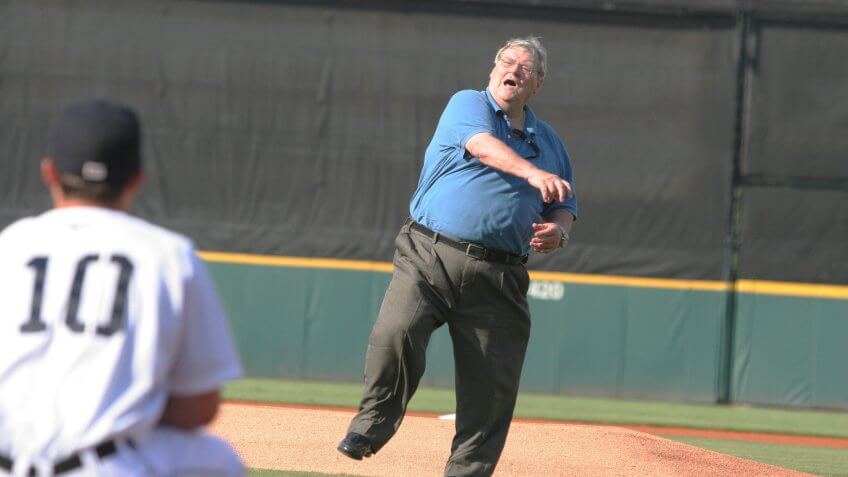 In 1968, Denny McLain seemed poised to become one of the greatest pitchers in baseball history. By 1972, however, his career was over.

Suspended for gambling in 1970, McLain embarked on a life of crime that led to 23 years in federal prison for racketeering, drug dealing and extortion. A dozen years later, he was sentenced to eight years and ordered to pay $2.5 million for stealing from a company that went bankrupt shortly after he bought it. 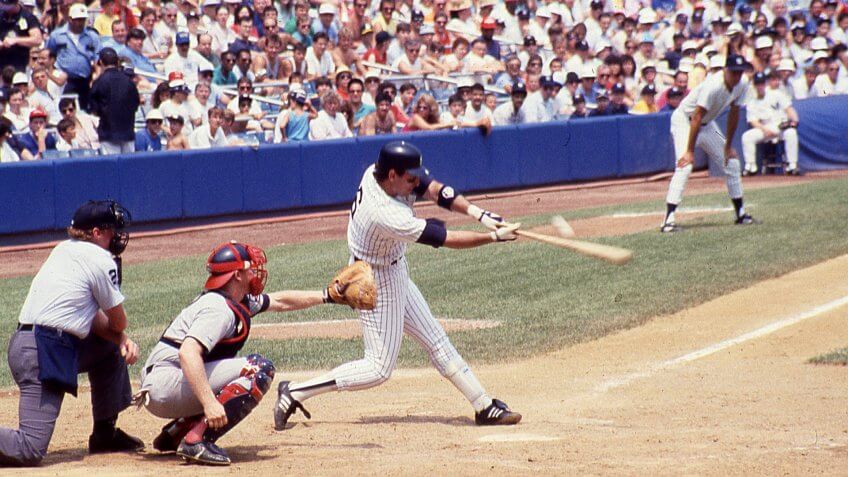 Feared slugger Jack Clark filed for bankruptcy in 1992. He did so again in 2018, according to the St. Louis Business Journal. The first bankruptcy was largely due to Clark’s passion for high-end cars. His 18-vehicle fleet ranged in price from $26,000 to $717,000. 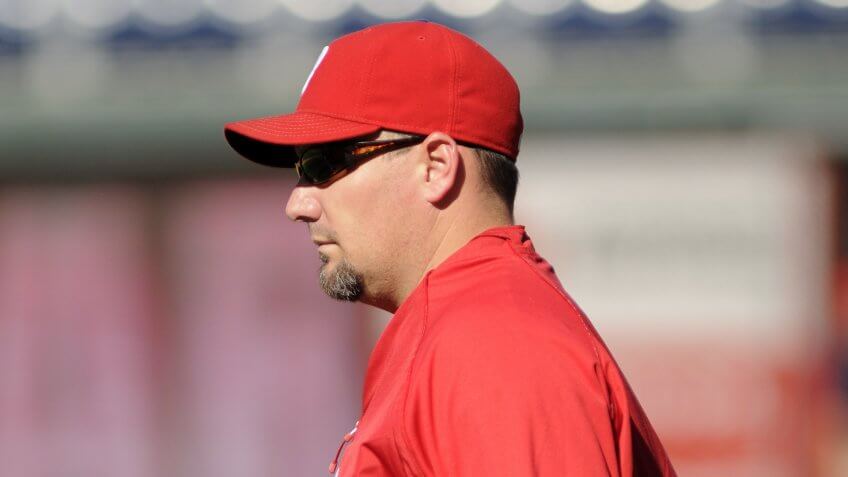 Pitcher Scott Eyre isn’t one of the richest athletes ever, but he definitely made a good chunk of change as an MLB journeyman. The pinnacle of his career was being a part of the Phillies’ World Series title run in 2008 and pitching relief in two games.

Unfortunately for the lefty, he invested his fortune with convicted white-collar criminal Robert Allen Stanford in 2009, the final year of Eyre’s MLB career. The “investment” was actually part of a massive $8 billion fraud on the scale of Bernie Madoff, which led to Stanford’s arrest and conviction. In 2009, Eyre stated that despite being signed to a $2 million, one-year contract, he was down to the last $13 he had in his pocket. 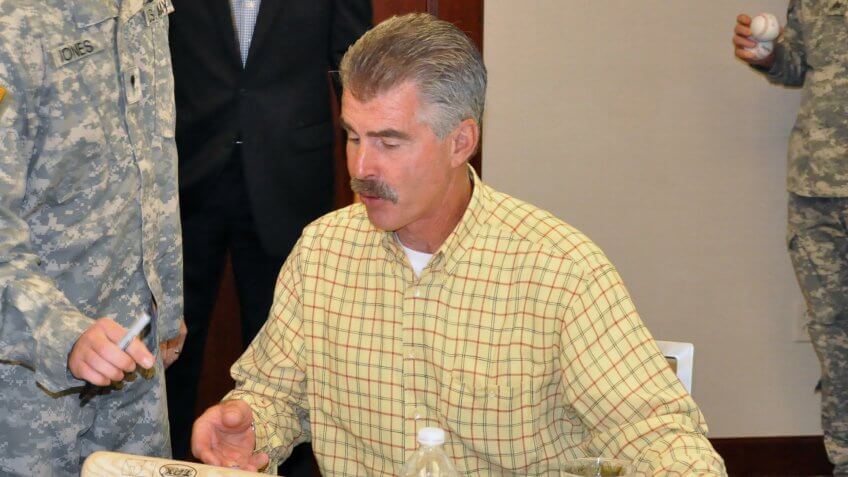 Despite an otherwise outstanding big-league career that included a batting title and more than 2,700 career hits, Bill Buckner will be forever remembered for botching an easy ground ball down the first-base line that helped the New York Mets beat the Boston Red Sox in Game 6 of the 1986 World Series.

Buckner’s real troubles, however, came off the field. After buying into a car dealership named after him, Buckner took a more prominent role in the company. By 2008, the dealership (and much of Buckner’s fortune) fell victim to financial problems and an economic recession. The dealership closed at the end of the year, forcing the former All-Star to surrender assets and money.

Buckner passed away on May 27th, 2019 after battling Lewy Body Dementia. 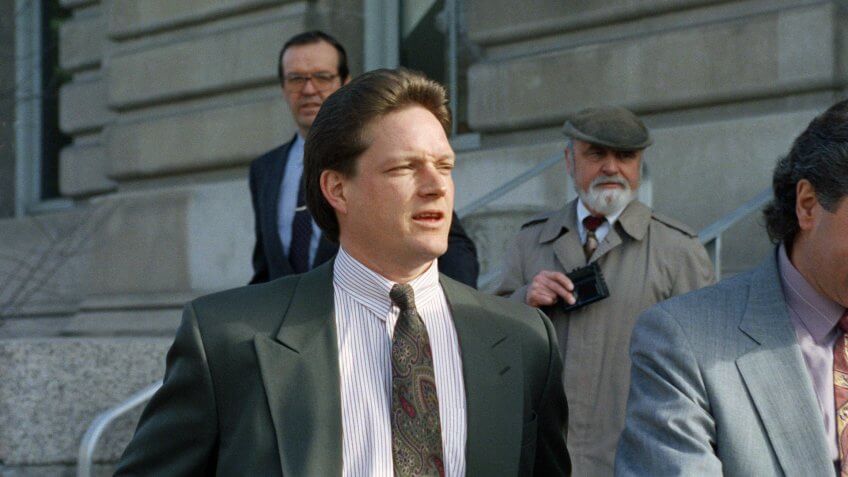 Yankees pitcher Steve Howe earned $8.53 million over the course of his career. A tragic cautionary tale, the World Series-clinching reliever was drafted by the Dodgers in 1979. Over the next three years, he was named National League Rookie of the Year, earned a trip to the All-Star game and won a World Series.

In 1982, however, Howe entered treatment for cocaine addiction and embarked on a 15-year string of failed drug tests, demotions to the minors, suspensions and run-ins with the law. In 2006, Howe was tragically killed in a motor accident. The toxicology reports indicated he had methamphetamine in his system, according to ESPN. 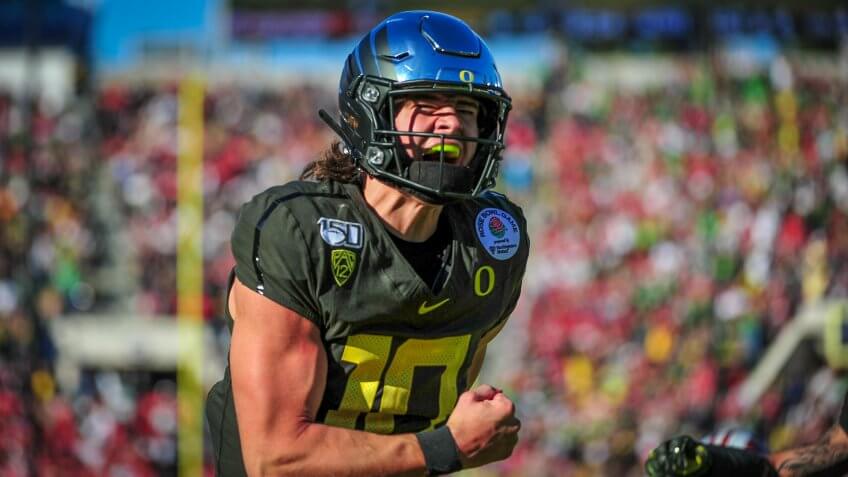 College football is big business for some schools.

GOBankingRates > Net Worth > Sports > How Barry Bonds, Cecil Fielder and Other MLB Players Lost Their Fortunes