Getting rich is hard to do — though not impossible — but it’s even more difficult if you let your fears get in the way.

What could possibly be so scary that it prevents me from getting rich, you ask? You’ll surprised to learn that even the smallest fears can stop you from achieving financial greatness. Find out if any of these 10 fears might be the reason you haven’t hit millionaire-status yet. 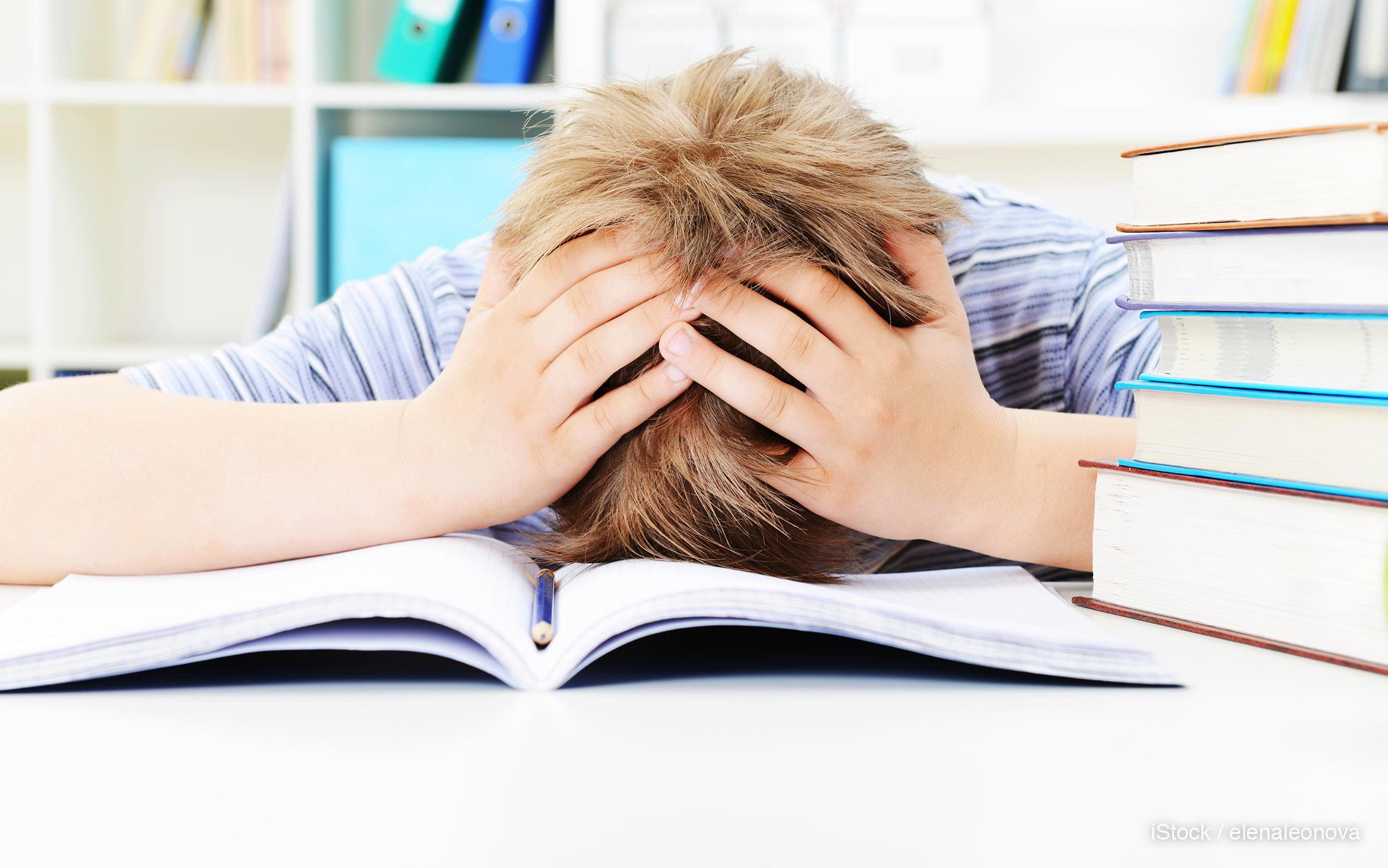 Aren’t we all? Although failing is a legitimate fear, don’t let it paralyze you from trying new ways to make more money. If you want to start a business or try your hand at investing, go for it.

But, if the fear is too much, you can get over it by first understanding that the fear of failing financially is primordial. “It makes sense from an evolutionary perspective,” said Cherilynn M. Veland, a psychotherapist of more than 20 years and the author of the motivational book “Stop Giving It Away.”

Also, take steps to lower the risk of failure by educating yourself. For example, before starting that business, take some management or finance courses. Or, if you have the time — and money — consider going to college and getting a degree in business. As for investing, turn to books, financial advisors and online resources to learn more about the stock market. 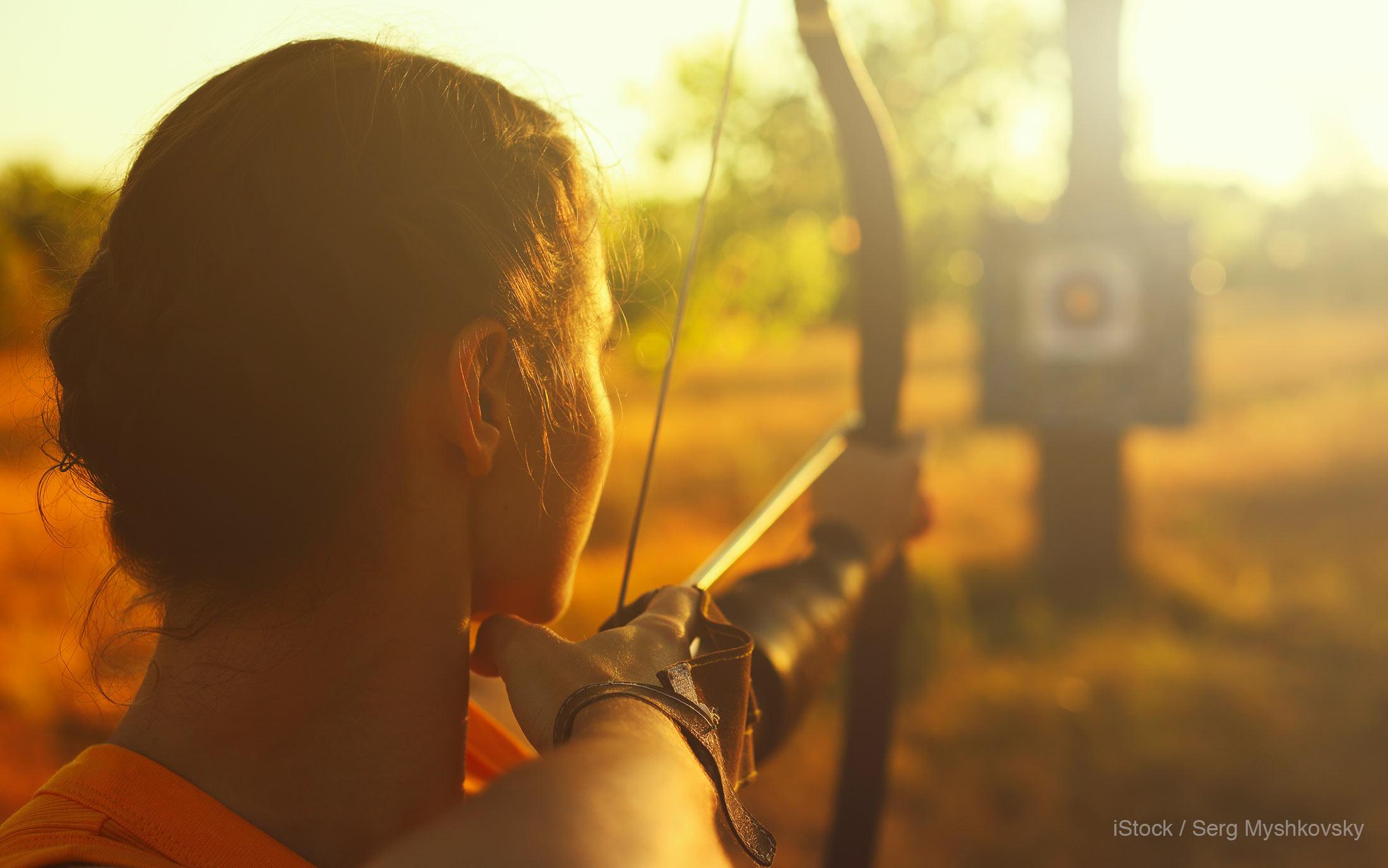 2. Fear of Becoming a Target

Money can inspire envy and jealousy from competitors, family members and friends — and who needs that?

Instead of letting this financial fear keep you from becoming the next Bill Gates, realize that every wealthy person probably has to deal with a few critics or jealous people in their lifetime — but they don’t let the hate get in their way. After all, do you really think someone like Bill Gates would let those people stop him from becoming one of the richest men in the world?

“As the old proverb goes: ‘The nail that sticks up gets pounded down,'” said Dave Yeske, a certified financial planner and managing director at the wealth management firm Yeske Buie. “Then again, the other proverb says: ‘Nothing ventured, nothing gained.'” 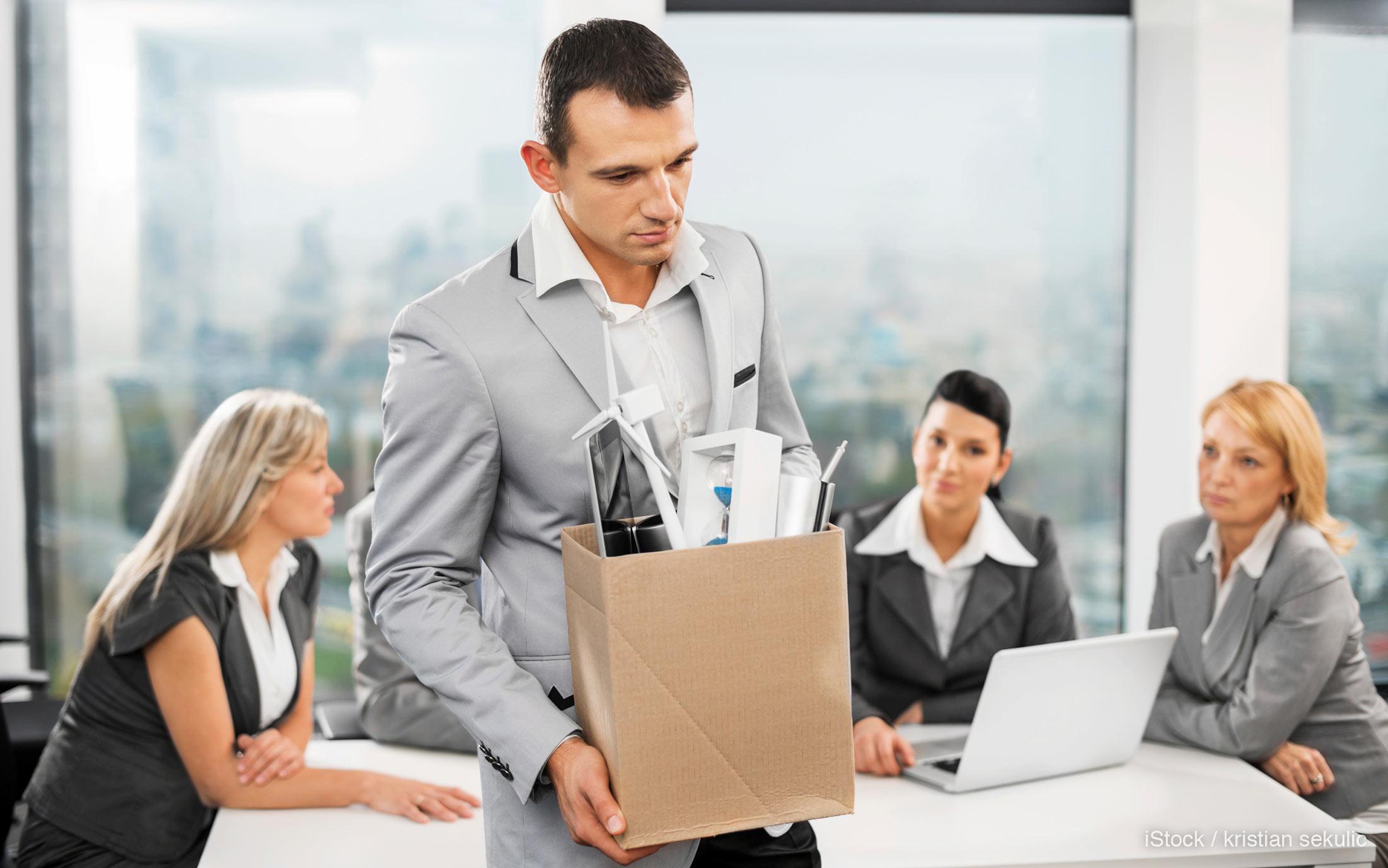 3. Fear of Getting Rejected

If you still pout about getting shot down for a junior prom date, you might loathe the thought of a venture capitalist or potential business partner dismissing your vision.

“I’ve known a number of people with a great project proposal who never got anywhere because they were never quite confident enough to just take what they had and present it,” said Yeske.

Don’t believe you have everything to lose. Instead, re-frame your mindset: You probably have nothing to lose. Whether you’re asking people to invest in your brilliant idea or donate money to help you launch a startup, don’t let the fear of rejection stop you from getting what you need to make your dreams a reality. 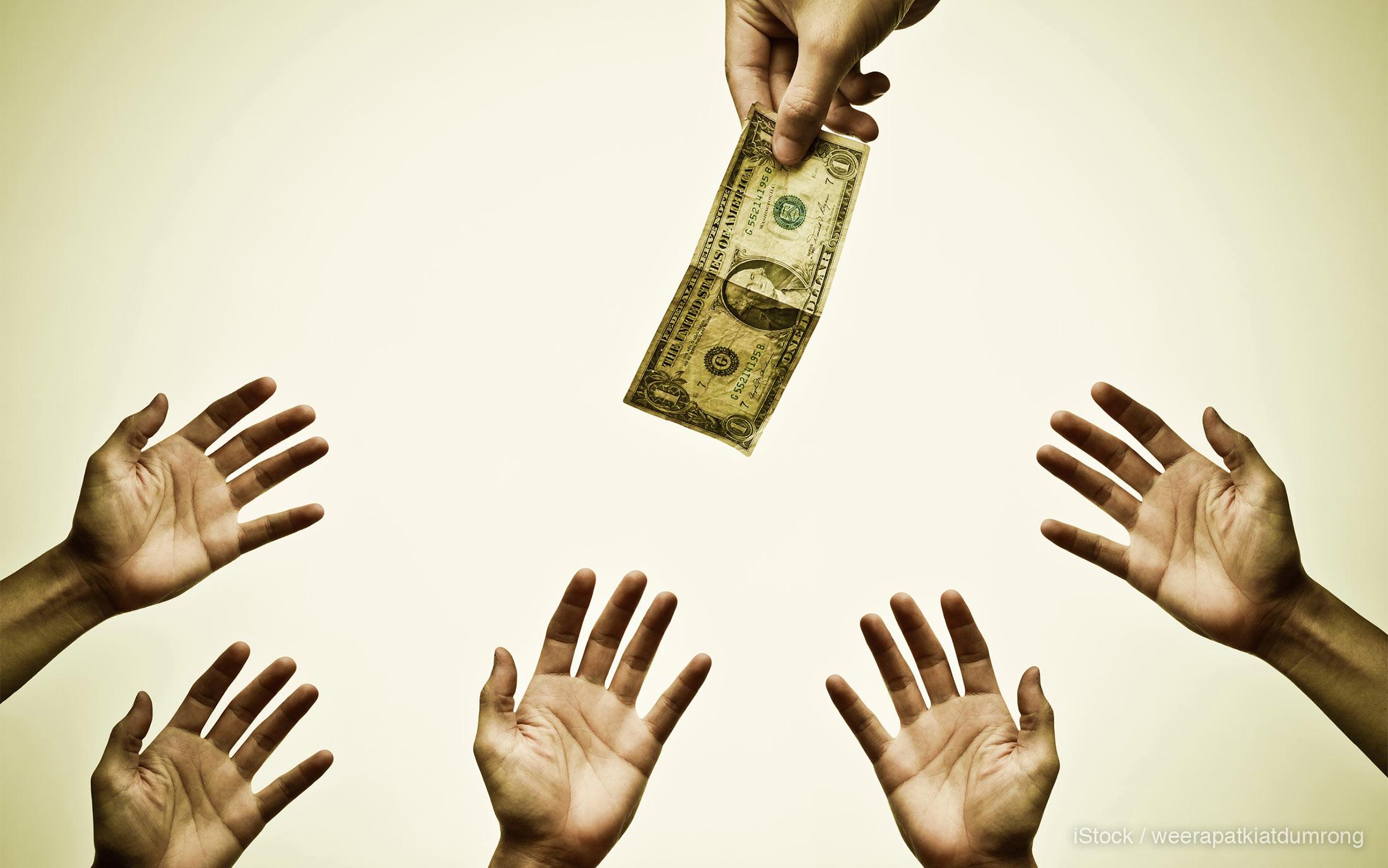 4. Fear of Never Having Enough

To gain abundance, you must believe in and pursue abundance; it won’t simply fall in your lap. But, it’s impossible to do that when you obsess over bills, obligations and the erroneous belief that there will never be enough.

If you think this way, you have what’s known as a scarcity mentality — and it’s especially hindering if you consider yourself a leader or entrepreneur because it can make you complacent and focus on the wrong priorities, reports Entrepreneur.

You can reverse this mindset by taking stock of what you already have, expressing gratitude for it, and fixing your eyes toward the prize — one day at a time. 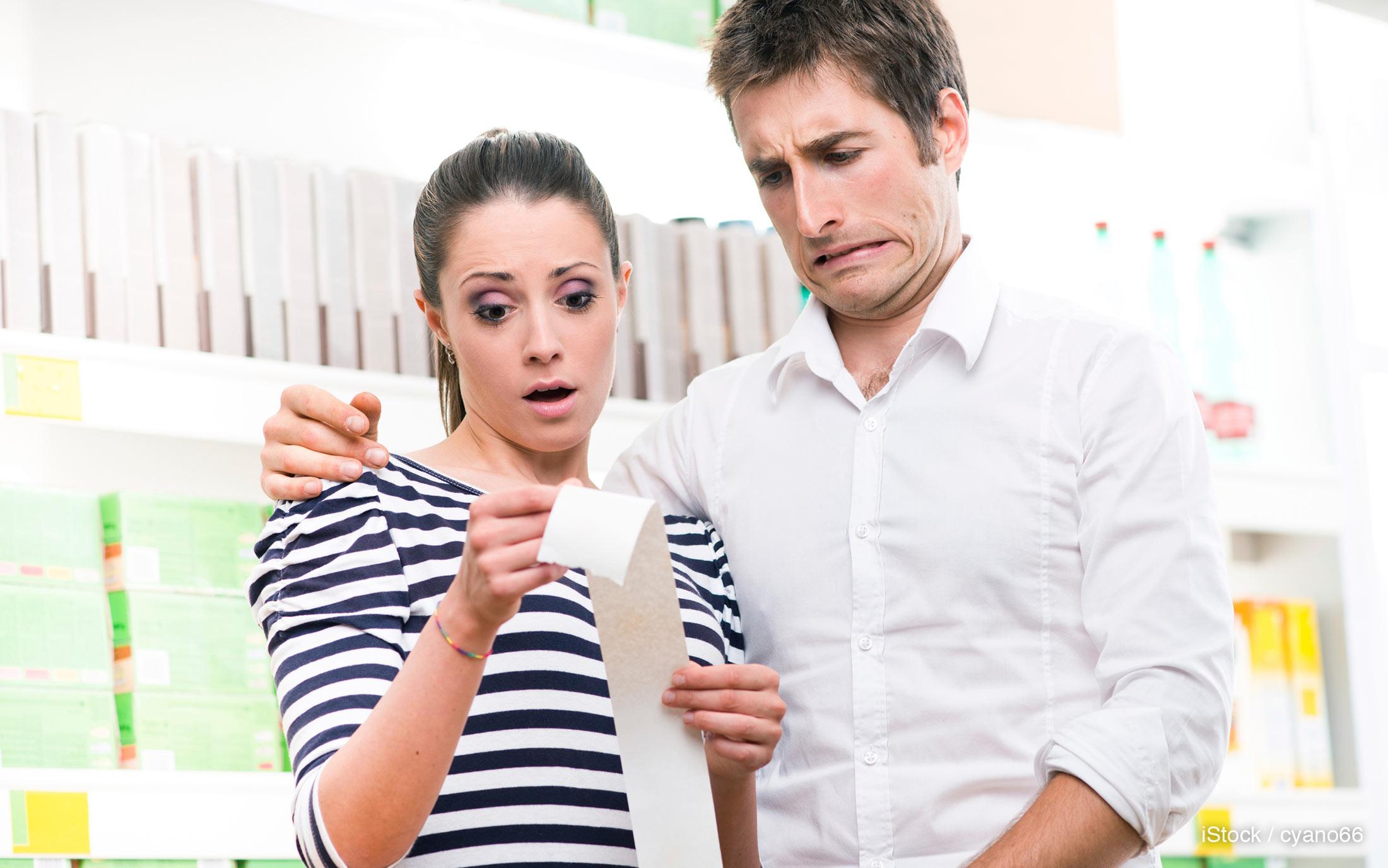 5. Fear of Revisiting a Past Financial Trauma

If you’ve survived a bankruptcy, multiple layoffs or a financial scare, you might be in permanent survival mode where getting wealthy is the least of your concerns.

“It’s the idea that anything could happen, and you could end up on the streets,” Veland said. She noted that getting over this financial fear might require the kind of rewiring a therapist can help with so that you can understand and transcend such primal money fears.

However, you can also get over this fear by learning from those traumatic experiences and giving yourself some credit. Surviving a huge financial setback is an impressive accomplishment. If you can dig yourself out of debt, find a higher-paying job after getting laid off or bounce back after a bankruptcy, you can probably do anything you set your mind to — including getting rich. 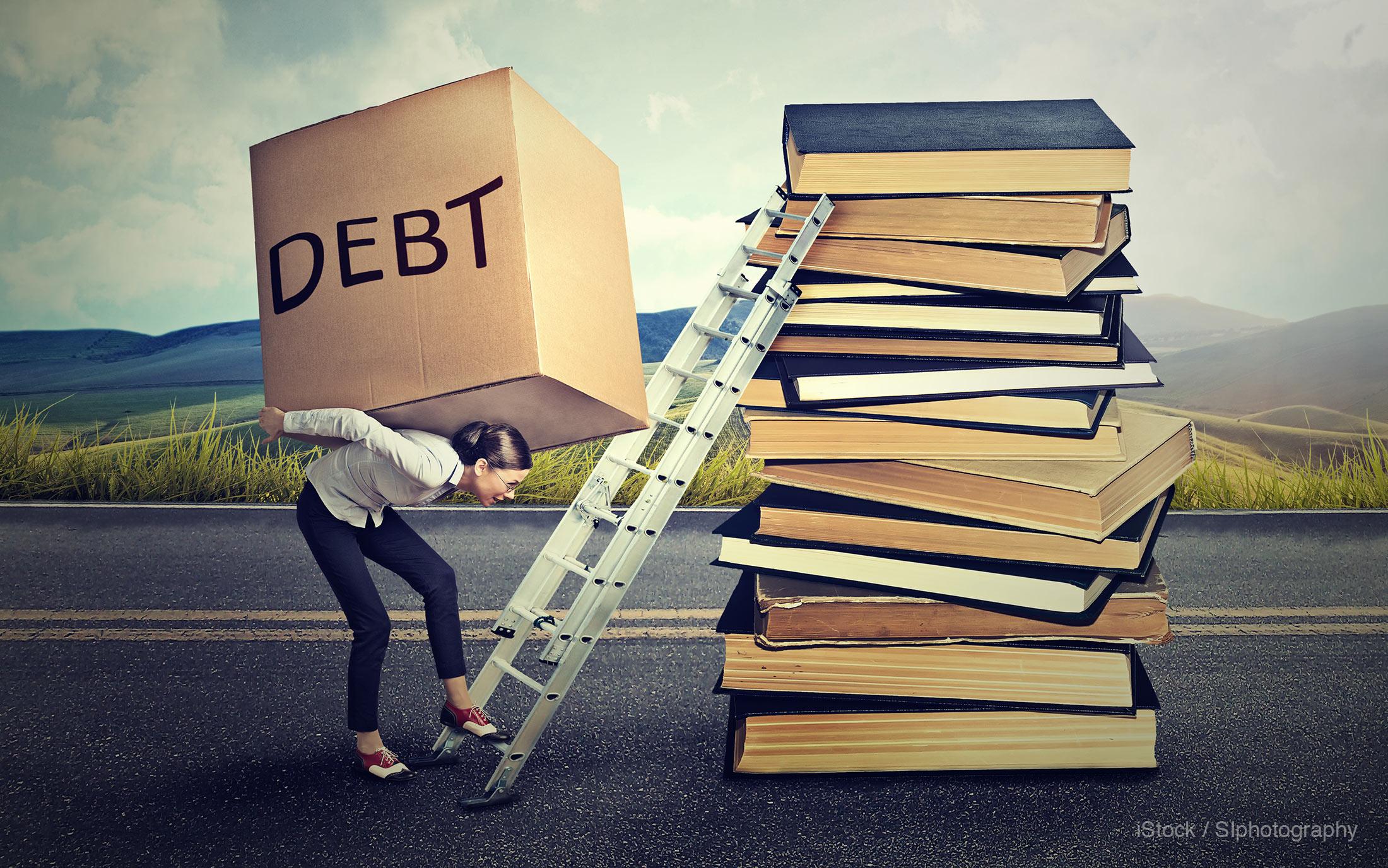 6. Fear of Racking Up Debt

It might be hard to believe, but not all debt it bad debt. Sometimes, having a little bit of debt can help you become financially stable and afford the things you want most in life, including luxury items.

Plus, in order to establish good credit — which is the key to getting favorable terms on car loans, mortgage loans and more — you’ll likely need to apply for a credit card at some point. If you’re worried about falling into credit card debt, reduce the fear by choosing a card with low fees, fewer penalties and opportunities to earn rewards or cash back. And remember to stay on top of your credit card payments. 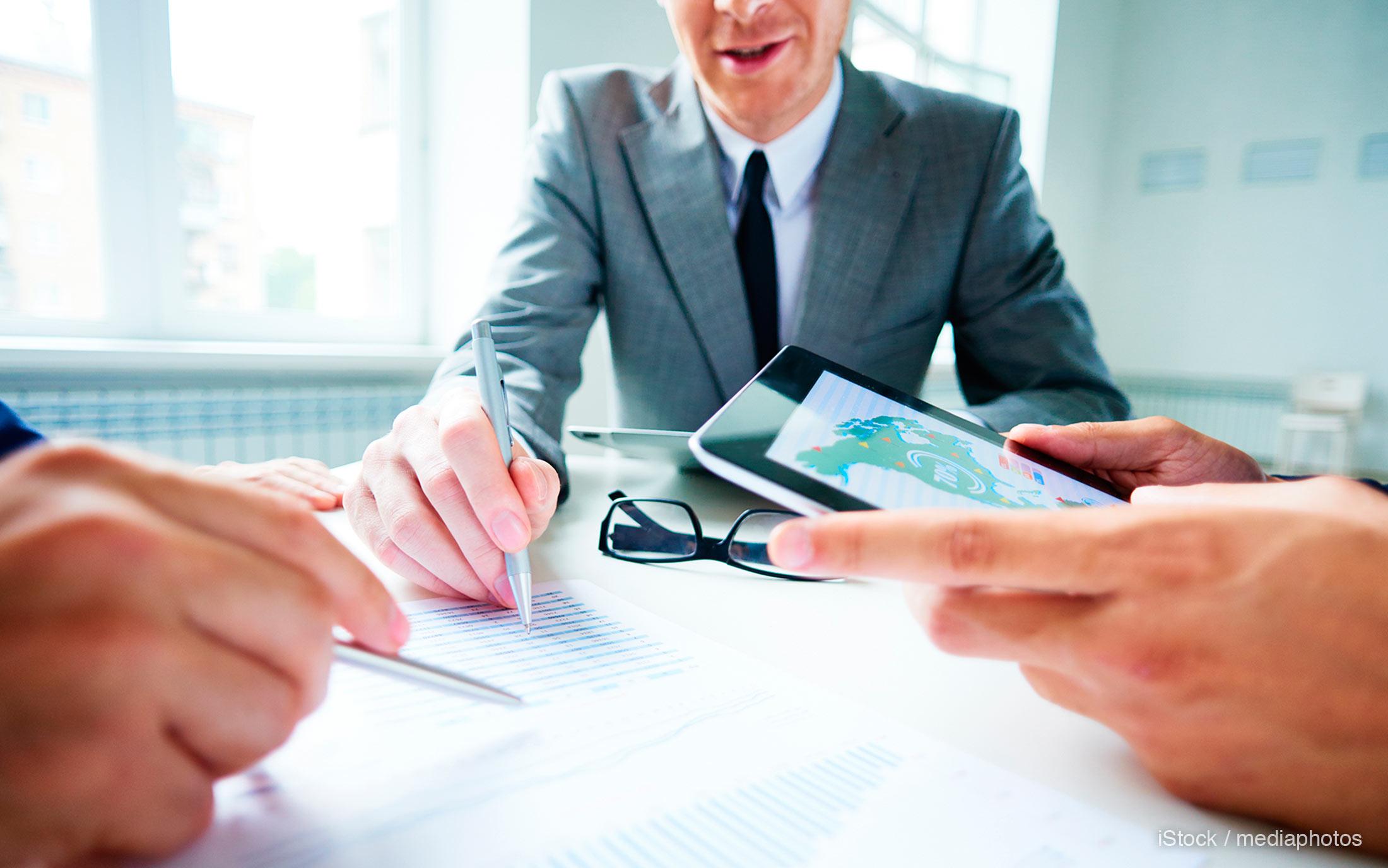 7. Fear of Trusting a Financial Pro

This might be more of confusion than fear, but either way, it’s sometimes hard to know whom to trust — especially when it comes to your money.

To find a trustworthy financial advisor or certified financial planner, don’t immediately hire the first advisor you come across during a Google search. Instead, arrange a meeting with the advisor, and “ask if you may bring along your accountant, attorney or friend who’s knowledgeable about the investment world,” said Gregory S. DeJong, a CFP with Savant Capital Management.

And always check your advisor’s credentials by using legitimate online resources such as NAPFA.org and LetsMakeAPlan.org.

Read: Why Finding a Financial Planner Is Like Online Dating 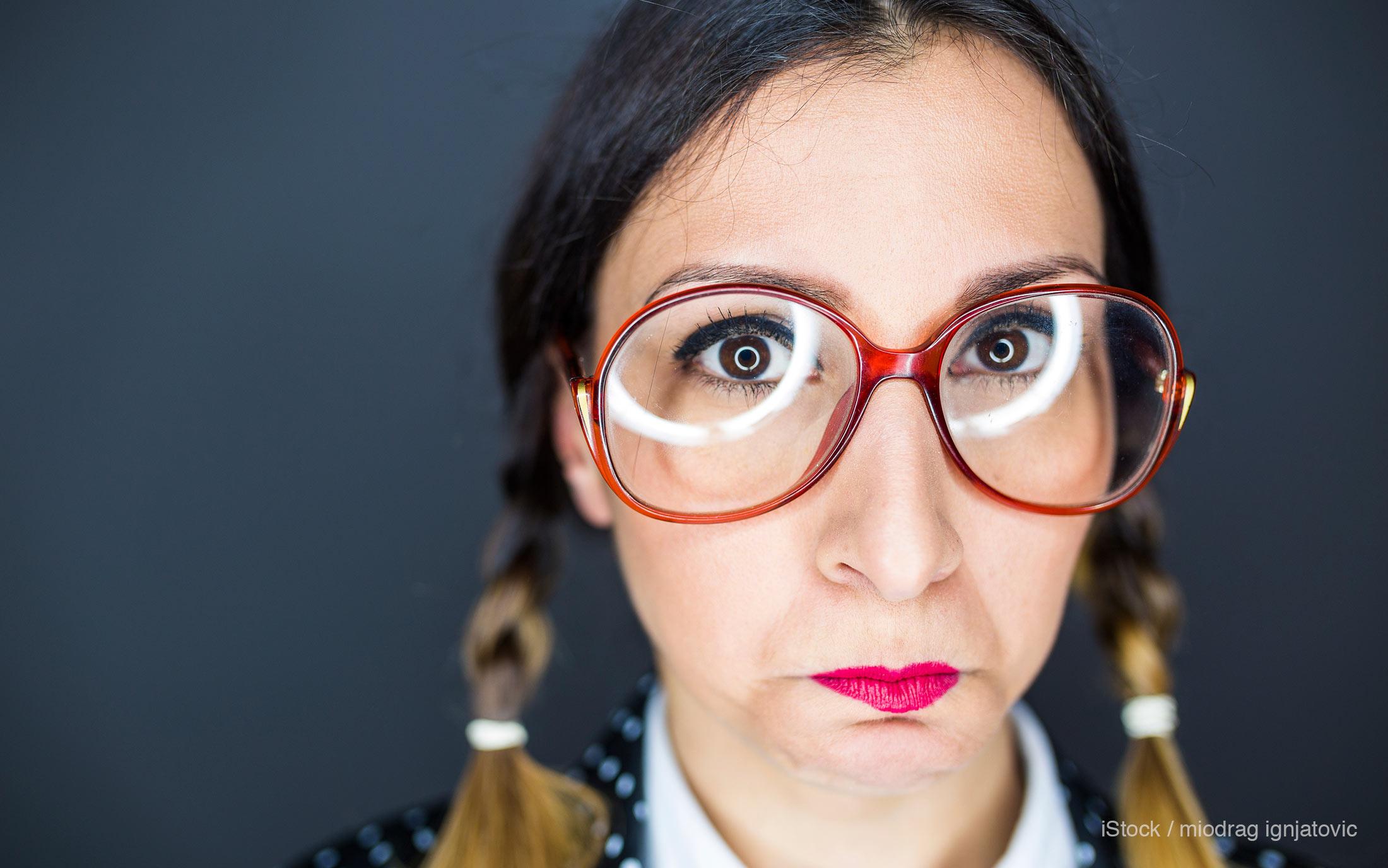 Have you ever passed down an opportunity at work because you were afraid of failing (Fear No. 1) and looking “stupid” in front of your boss and co-workers? Or, did you want to go in on an investment but held back because you didn’t want to look “stupid” if it tanked? If so, that’s a big mistake because you’re basically missing out on potential money-making opportunities.

Saving face at the expense of losing out won’t make you rich, but that doesn’t stop some people. This can be especially true for women, said Veland. Fortunately, getting over this financial fear requires the same remedy as the fear of failure: education.

“In reality, you can understand the financial markets and investments — you just need to find someone who speaks your language,” said Veland. “Read some books on investing that are simple and easy to understand.” The same can be applied if you’re thinking about starting a business or embarking on any other type of financial risk. 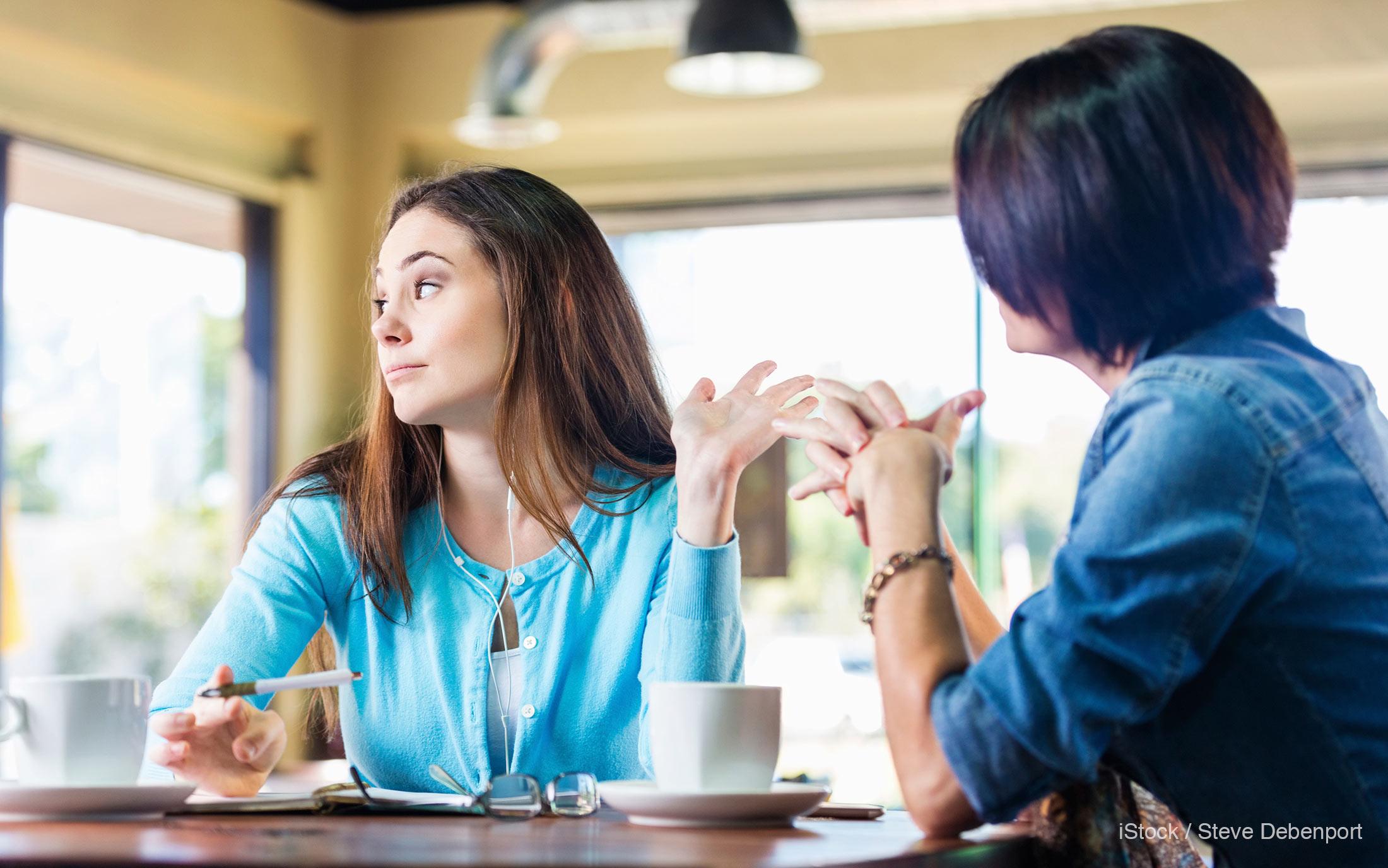 You could say there are two ways friends are known to react to a peer who makes a fortune: Either they stick out their hands — or their tongues. No one wants to be left out of the clique, but look at it this way: If your friends don’t like you for who you are — rich, poor or otherwise — they weren’t your friends in the first place. 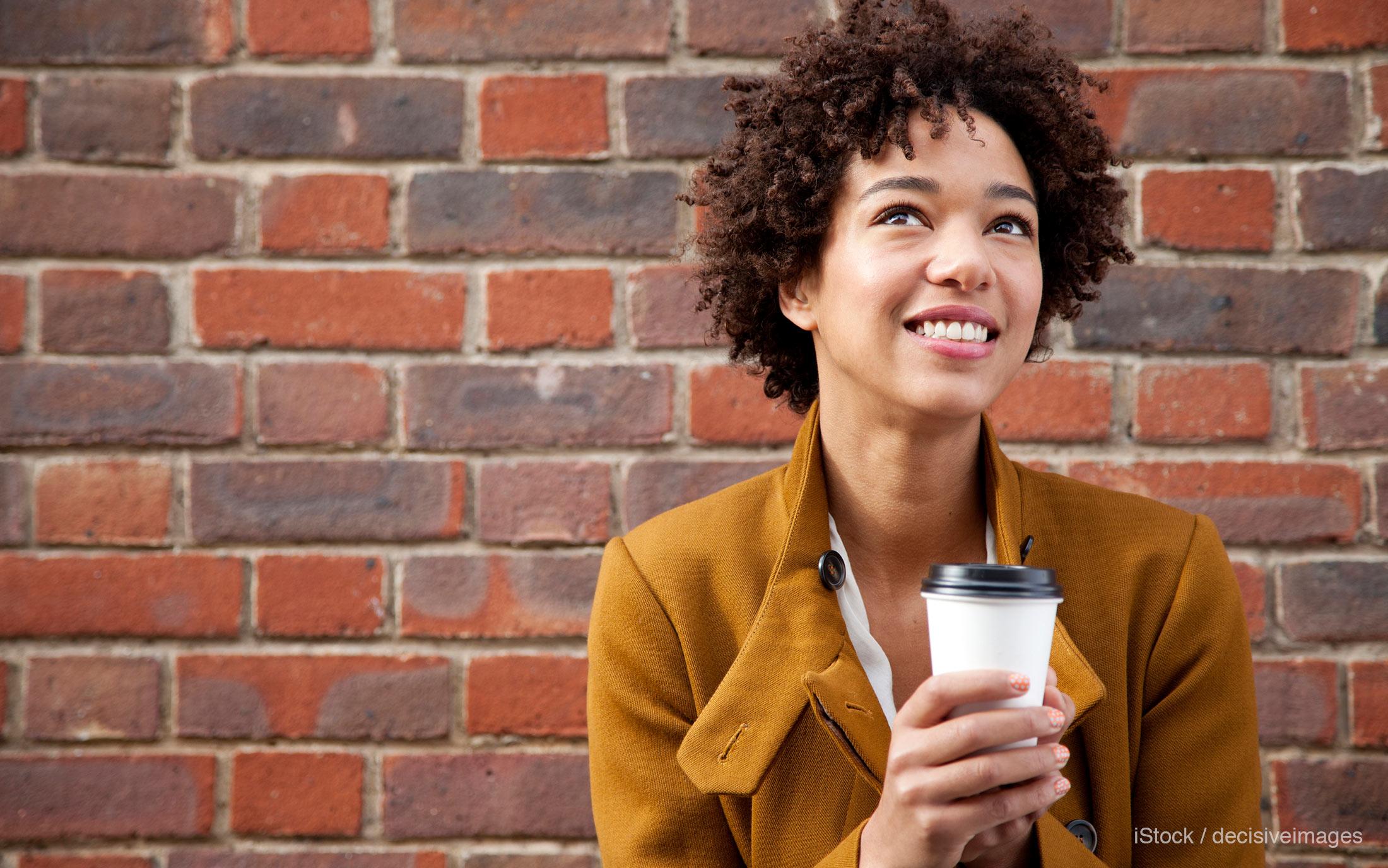 10. Fear of Giving Up Your Guilty Pleasures

What’s a need versus a want? The answer seems pretty simple, but many people don’t want to ask themselves that question. Not asking, however, diminishes their investment potential.

“It’s amazing when I work through the numbers that some people think manicures, landscapers and maids are a need,” said Michael Chadwick, financial advisor at Chadwick Financial Advisors.

If you want to amass a fortune, you need to make some sacrifices and cut back on your discretionary expenses. In some cases, you might even need to get rid of the expense altogether.

To come up with an easy budgeting plan, consider Senator Elizabeth Warren’s 50-30-20 rule, which explains how much money you should allocate toward your needs, your wants, your savings and your debt. That way, when you’re about to give up your costly guilty pleasures, it won’t be as scary. 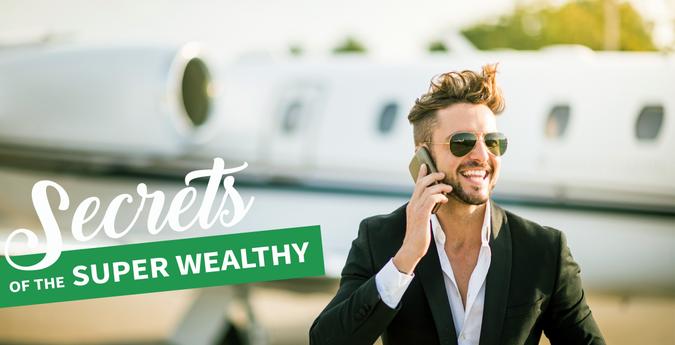 6 Secrets of the Super Wealthy