Many Americans would contend that our current capitalist economic system is breeding ground for the rich to get richer and the poor to get poorer. Many would also contend that the rich could be doing more to help the poor. Of course, I understand that this is a “loaded” statement.

How Taxes Favor the Wealthy

On one hand, it could be argued that the progressive income tax system in the United States hits the wealthy with higher taxes, which are then used to in part fund the country’s vast welfare system. This system encompasses those government programs that provide benefits and economic assistance to no or low income Americans. As of late, there has also been an emergence of a new class of philanthropists such as Bill and Melinda Gates and Warren Buffet that are giving millions, if not billions of dollars away, to foundations and charities.

On the other hand, however, many would argue that the rich do not pay enough tax, taking advantage of tax loopholes and tax cuts for the wealthy that were instated under the Bush administration. In fact, two-thirds of US corporations contrive to pay no federal income tax at all. Additionally, even the philanthropists, who probably have the best of intentions, get tax breaks for their charitable donations and often find it difficult to effect real social change.

Can one really put all the responsibility on the rich for shouldering the poor? I emphatically believe no.

Government Has Power to Decrease Poverty

If guided to do so, individuals and corporations would likely do more, yet leadership must taken by government. Although the rich take advantage of the current tax system and the ability to create corporations that dominate the global landscape, thereby concentrating wealth, the government has not established enough regulations to prevent the wealthy from exploiting the current system. This has further exaggerated the disparity in wealth all over the world.

If the government refused to listen to lobbyists and overhauled the tax system making it more transparent, one might find that the poor would slowly become better off. Additionally, if the government addressed income inequality and tried to implement solutions rather than remedies to the problem of poverty, I believe we would see some substantive changes.

Necessary Changes to the Current System

This means encouraging and even financing education for all, encouraging the growth of community based organizations, passing regulations to help small businesses grow and gain access to financing and mandating higher wages and better working conditions for the working class. The key is to discourage the perpetuation of a welfare system, enact legislation and laws that prevent the wealthy from continuing to take advantage of this system and using increased tax revenues to fund programs that make a difference.

The government spent billions over the last several years bailing out Wall Street, and the higher ups still walked away with multi-million dollar bonuses. Driven, in part by special interests, the government makes it far too easy for the rich to get richer and the poor to lag behind.

How You Can Help

On a more uplifting note, there has been increased demand over the last several years for investments with a socially responsible focus such as microfinance, affordable housing, community development financial institutions and small businesses. Although investors knowingly sacrifice a financial return, there is an inherent social return built into Socially Responsible Investing (SRI), although difficult to quantify.

For example, the Calvert Foundation is a leader in the SRI field, having invested over $200 million on behalf of its investors. Increased demand for this investment class shows the wealthy are willing to give up return in order to make a substantive social impact.

There is no doubt that the government should play the lead role in implementing policies that raise tax revenues and divert funds to programs whose aim is to eradicate poverty. However, it is encouraging to know that a growing segment of the wealthy have taken the initiative and begun to make investments with a socially responsible focus. At the end of the day, we are all responsible for ourselves. The government should ultimately guide us and make poverty reduction a primary goal.

You can review the following sources for more information on this subject: 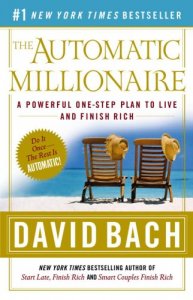 GOBankingRates > Money > Wealth > Are the Rich Socially Obligated to Support Those Who Aren’t?