Earning Big Money but You’re Not Yet Rich? Learn How To Get To the Next Level 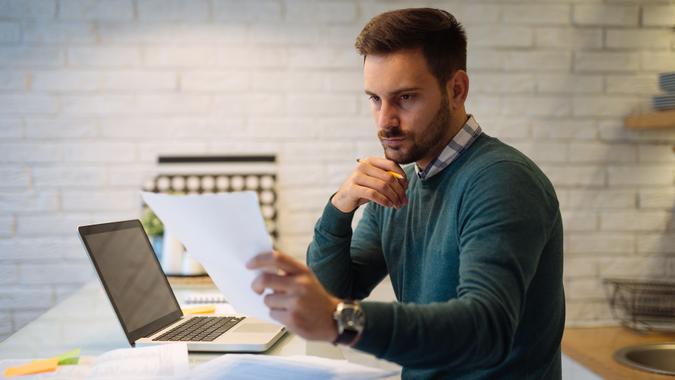 Nearly 20 years ago in 2003, a writer for Fortune magazine coined the name “Henry” to describe a new class of high-earning but overextended young professionals who were pulling in big bucks, yet still living lives of financial anxiety.

See: 10 Ways To Build Wealth Fast
Find Out: How Much You Need To Be ‘Rich’ in 50 Major US Cities

Henry is an acronym that stands for “high earner not rich yet.” Although there are no defined parameters, Henrys are generally described as people in their 20s and 30s — today’s millennials, mostly — with incomes between $100,000-$250,000 a year.

Glamorous as that might look next to the $989 that the Bureau of Labor Statistics says the median American worker earns in a week, Henrys exist in a kind of financial purgatory. They earn too much to receive tax breaks or empathy, but not enough to truly get ahead.

Even so, there’s no denying that Henrys are closer to the dream of being rich than the average American will ever get, so becoming one is a lofty — and reachable — goal.

Henrys Earn Enough To Pay Rich People’s Taxes, but Not Enough To Be Rich

To the Gen Zers below them who are just starting out and the Gen Xers and boomers above them who plateaued with lower salaries, it might appear that millennials pulling in six figures have it made.

But higher salaries come with much higher taxes — and not just because of the rate determined by your income bracket. The more you earn, the fewer credits and deductions you’re entitled to receive, including ones you might not think about, like lucrative credits for marketplace health insurance. The original Fortune article, written in the wake of the Bush tax cuts, was a protest of the alternative minimum tax (AMT), a parallel tax system that can impose punishing tax bills on even modestly high earners.

Tips: 6 Ways To Start Building Generational Wealth for Your Family

Many Henrys trade decades of debt for high salaries. According to the Education Data Initiative, 14.8 million millennials owe money on their student loans, more than any other generation. The average balance is $38,877.

But according to ABC News, the average Henry has more like $80,000 in college debt. That’s because six-figure salaries are often built on expensive advanced degrees that keep Henrys in school — and not building up savings — for years before entering the job market. Also, Henrys tend to live in and around expensive metros where the cost of housing and overall cost of living is much higher — Bay Area techies are the prototype, but hardly the only example.

I’ll Take a Henry’s Problems Any Day — Where Do I Sign Up?

To recap, the average Henry spends a long time in school pursuing high-priced degrees in high-earning fields like tech and engineering. That path is simply not accessible to everyone. Luckily, there’s more than one route to the financial limbo that exists between the middle class and the rich people who earn a quarter-million a year or more.

“You can increase your income by negotiating a raise or promotion at work, or finding a new job with a higher salary,” said Andrew Lokenauth, an investing and banking professional who has held senior positions at Goldman Sachs, AIG and other major institutions. “The most efficient way to land a raise is to keep a ‘work diary’ and update it every week with your accomplishments, problems you’ve solved, and value you have added at your place of work. Then, when it is time for your annual review or time to discuss a raise, you will have many examples of why you deserve a raise. At the end of the year, you will not remember every single thing you’ve done, but by recapping your progress on a weekly basis, you will be able to have dozens of talking points a year from now.”

Henry Is a State of Mind — and a Lifestyle

A raise or a new job might never earn you the $180,000 income that Business Insider said the average Henry pulls in per year, but it might just be enough to buy you a feeling of financial security that would be the envy of Henrys who command higher salaries.

Despite earning three, four or five times the median worker’s income, only a tiny percentage of Henrys consider themselves to be affluent — most don’t even feel like they’re upper-middle class, according to a Morning Consult/Insider study.

That, according to David Wealth Management, is because the three defining traits that unite all Henrys are higher-than-average income, little or no savings and feelings of low material wealth.

The David report refers to Henrys as the “working rich” because their lifestyles often include things like vacations, high-end nightlife and chic clothing. But those lifestyles are almost always financed on a paycheck-to-paycheck basis at the expense of saving, just like the working poor.

Unlike actual rich people, Henrys stop being rich the minute they stop working.

“High earners have the same options as low earners when they receive a paycheck,” said Cliff Auerswald, president of All Reverse Mortgage. “Spend it, save it, invest it. Unfortunately, due to the low levels of financial literacy that exists even among high-income earners, the majority choose to spend it, and only a precious few save. Even fewer still choose to invest it, and among that number, only a fraction are savvy enough in the way they go about it.”