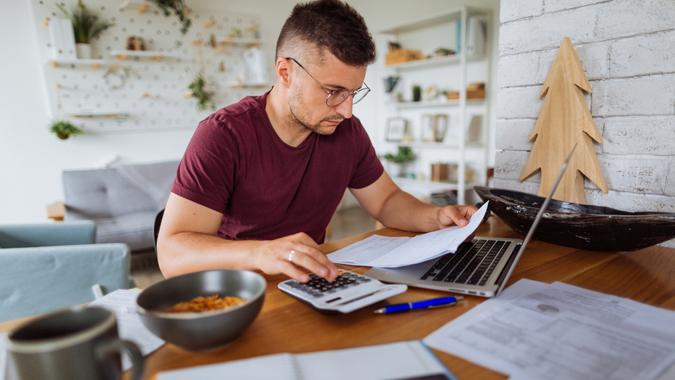 Remember Generation X — the age cohort nobody talks about because everyone is so busy talking about boomers, millennials and Gen Y? Well, Gen Xers might not get the headlines, but they’re going to get more inheritance money than anyone else over the next couple of decades.

See: Top Tips From Gen Xers Who Have Paid Off Their Student Loans
Find: The Great Retirement: Did Boomers Really Leave the Workforce? Maybe Not

Between now and 2045, a total of $84.4 trillion in wealth is expected to pass down either to beneficiaries or charity in the United States, according to a new report from Cerulli, a research and analytics firm. Most of the money (63%) will come from baby boomers.

The report — titled “U.S. High-Net-Worth and Ultra-High-Net-Worth Markets 2021: Evolving Wealth Demographics” — found that Gen X will get the highest inheritance amount at $29.6 trillion. Millennials are next with $27.4 trillion, followed by Gen Y ($11.5 trillion) and boomers ($4 trillion).

Meanwhile, the offspring of the rich are expected to keep getting richer. An estimated $35.8 trillion, or 42% of the inheritance money, will be passed down from high-net-worth (HNW) and ultra-high-net-worth households, the report said.

As of 2021, nearly 2 million high-net-worth households controlled almost half of the total investable assets in the U.S., InsuranceNewsNet reported.

What are the younger generations expected to do with all the wealth they inherit? For those who invest, you can expect much of the money to flow into technology. You also can expect much of it to go toward investments with high Environmental, Social and Governance (ESG) standards. This is important to both younger people and HNW individuals.

Learn: How Much Is Inheritance Tax? Find Out the Rates, Limits and Exemptions
Explore: How To Stop Family Fights Over Inheritance

“While the broader retail market is still very much in the early phases of leveraging ESG, this has long been part of wealth managers’ conversations with HNW clients,” the Cerulli report said.