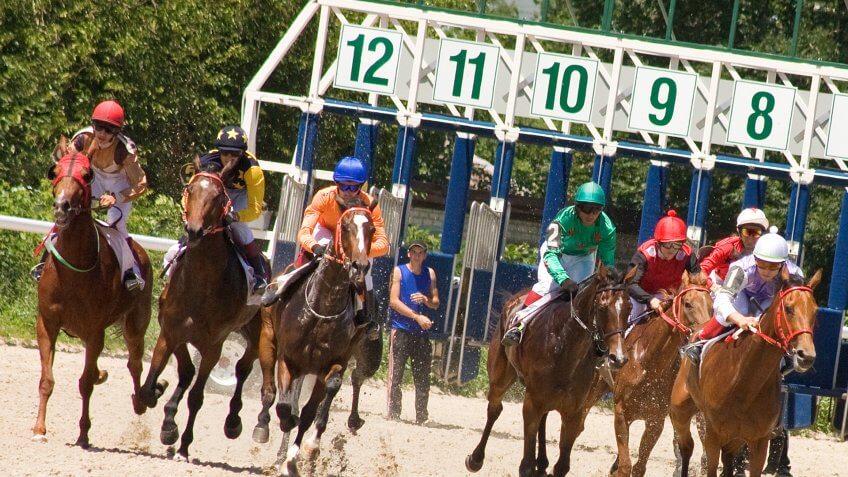 Anyone can fantasize about betting small and winning big on the underdog in a lopsided battle. It’s a whole different thing, however, to actually withdraw money from your savings account, walk into a casino or race track and put some skin in the game. Whether skillful or lucky, some of the greatest betting upsets in sports history have been won on wagers that were nearly statistically impossible to win — nearly being the key word.

Click through to check out some of the biggest payouts for bets that beat the longest odds and the largest point spreads in history, and see how Las Vegas keeps you placing more bets. 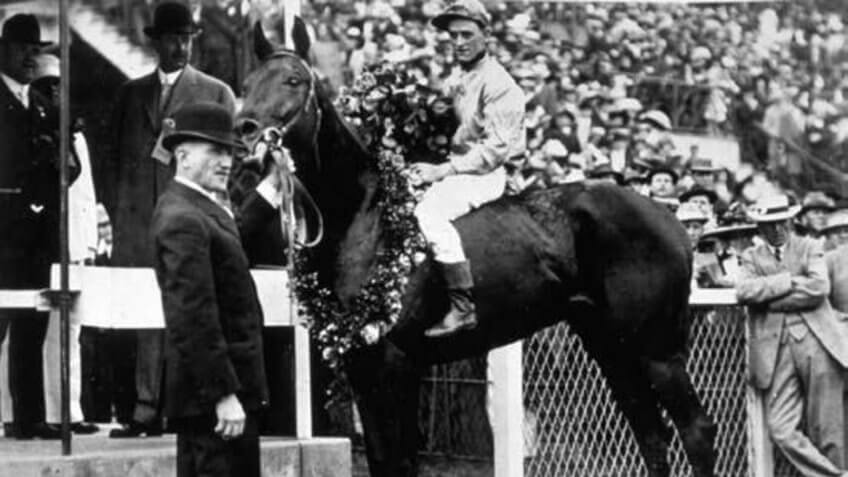 1913 is the first year that the Kentucky Derby made national headlines and became what the race’s official museum calls “a premier American sporting event.” That race also ended with one of the greatest longshot wins in history. Donerail, a 91-1 underdog, shocked the world and won the 38th Kentucky Derby, earning $184.90 for every gambler who waged a $2 bet. 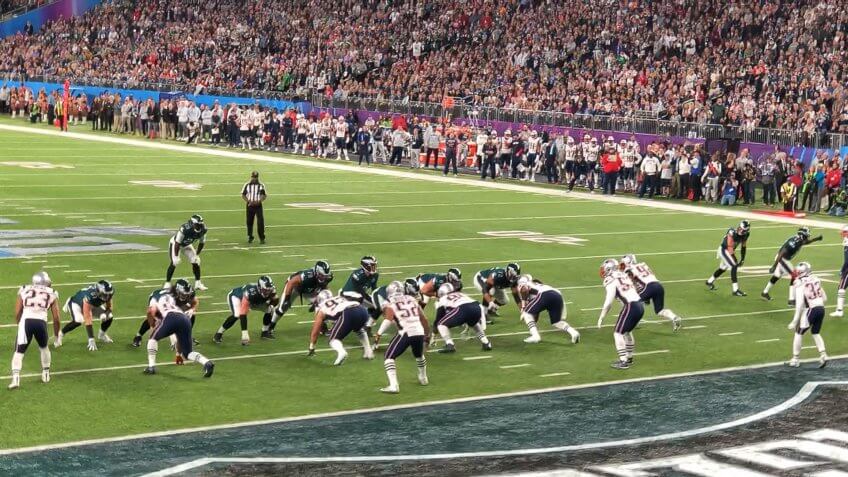 Parlays are risky “multiplier” bets that require the gambler to correctly predict several events tied up in a single wager. During the 2018 Super Bowl, one anonymous gambler put down $15 on a massive nine-way parlay that required the Philadelphia Eagles to not only cover the spread, but also banked on several “coin flip” bets, such as Tom Brady throwing for an odd number of total yards.

Brady might be one of the richest Super Bowl MVPs of all time but against the Eagles, he couldn’t secure a win. The gambler won all nine parts of his parlay, six of which were decided during the very last play of the game. 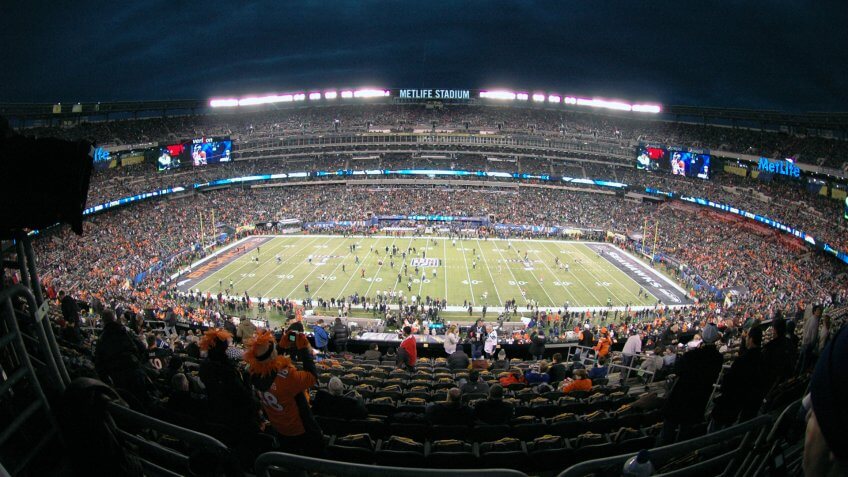 8. Super Bowl XLVIII to Open on a Safety

In 2014, a New York City real estate mogul won $25,000 betting on the Super Bowl — but not by betting that his team would win or even cover the spread. He placed a 50-to-1 bet that the game’s first points would be scored as the result of a Seattle safety. Sure enough, his $500 became $25,000 — but the story doesn’t end there. Just two years earlier, the exact same man won $50,000 on the exact same bet in that year’s Super Bowl. A questionable investment for sure, but one that turned out to be worth the risk. 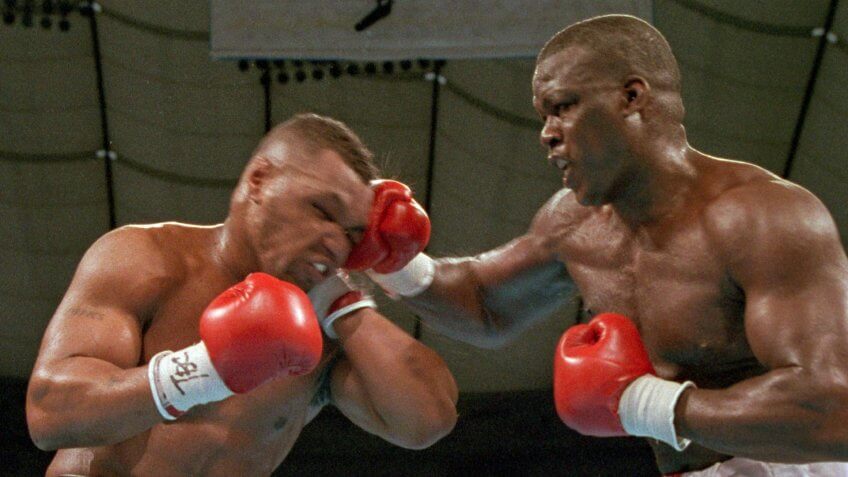 Long before he was splurging on Bengal tigers, Mike Tyson was the most feared boxer on the planet. On Feb. 10, 1990, in the eyes of many gamblers, he was invincible. The next night he lay stunned on the canvas — in front of an equally stunned worldwide audience. “The baddest man on the planet” had been knocked out in the 10th round by a 42-1 underdog journeyman in the biggest upset in boxing history.

Buster Douglas was so mismatched that only one casino, the Mirage, was even willing to take action on Douglas — every other book in Vegas allowed bets only on which round Tyson would end the fight. Legendary Mirage oddsmaker Jimmy Vaccaro, the man who set the odds that night, recalled to Gambling Online Magazine that one gambler won $57,000 on a $1,500 bet when the odds were still 38-1. 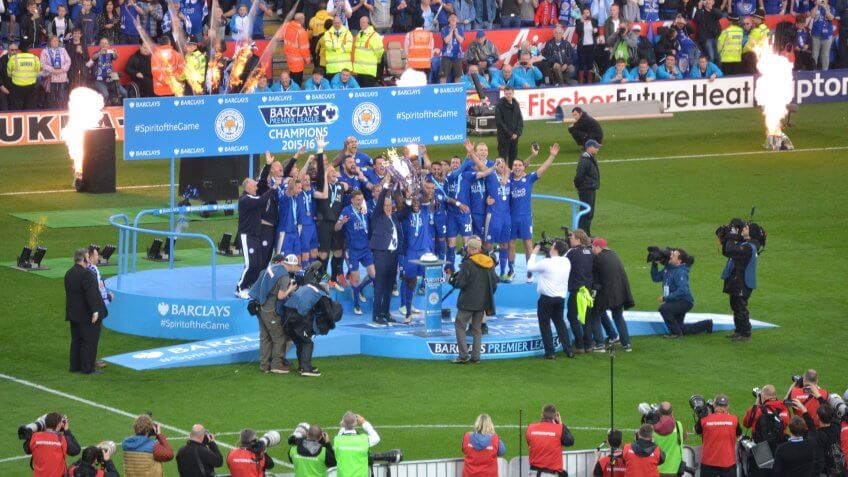 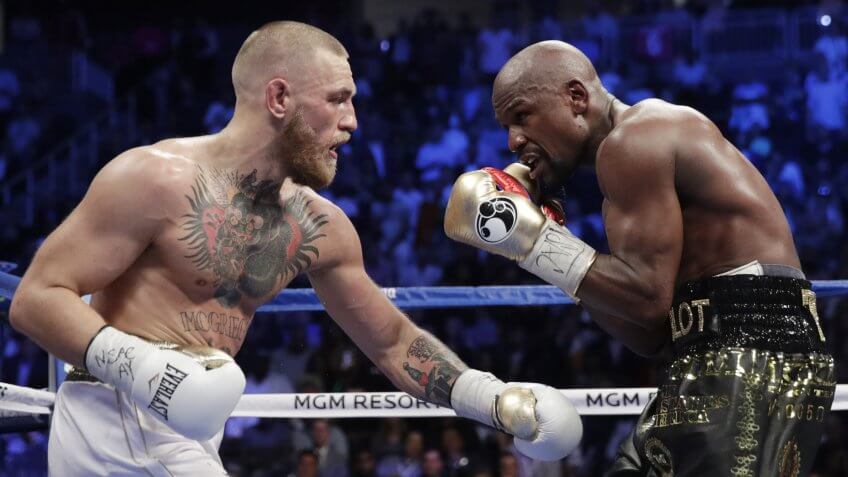 When Floyd Mayweather came out of retirement to fight his 50th professional bout against MMA superstar Conor McGregor, an obscene amount of money followed the fighters into the ring. The purses, advertising dollars and pay-per-view buys were historic — and so was the gambling. UFC fans flooded money lines with so much cash that McGregor dropped from +1,100 to +300. The billionaire Maloof brothers wagered $880,000 on Mayweather winning and retiring undefeated. He did, and the brothers walked away $242,000 richer. 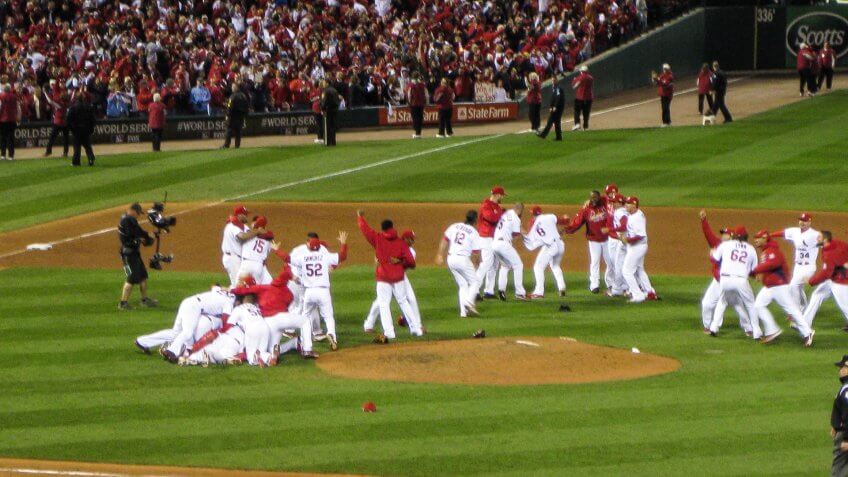 On Sept. 12, 2011, the St. Louis Cardinals were all but mathematically eliminated from wild-card playoff contention. That same day, however, an anonymous gambler placed two $250 bets at the MGM Grand in Las Vegas — one at 500-1 that the Cardinals would win the Pennant, and another with nearly doubly terrible odds that they’d then go onto win the World Series. The Braves melted down and the Phillies underperformed, leaving the Cards to make the playoffs — and eventually bring the Championship trophy back to St. Louis. The next day, the gambler was $375,000 richer. 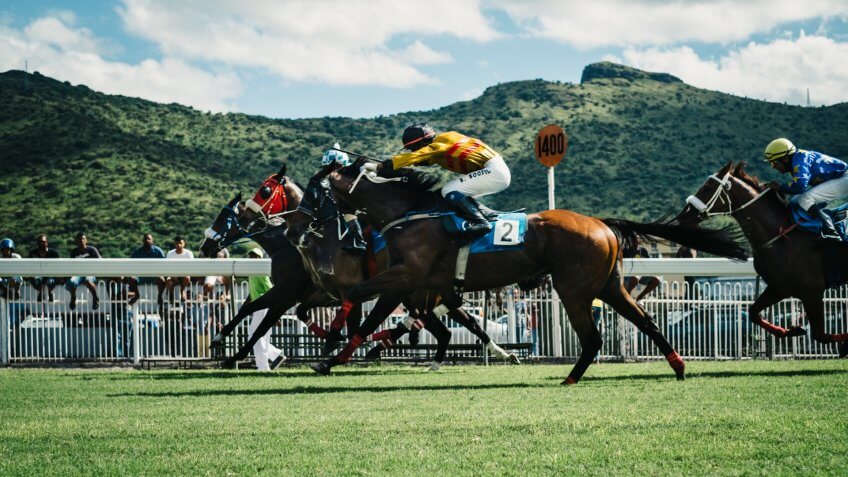 In 2008, a British fertilizer salesman plopped down 50 pence at the racetrack on his 60th birthday — that’s the equivalent of about 69 cents. The gamble, however, came with cartoonishly astronomical odds of 2,000,000-1. According to the BBC, all eight of his horses won their races and the man went home with a check for 1 million pounds — and his name nominated for a place in the Guinness World Records. 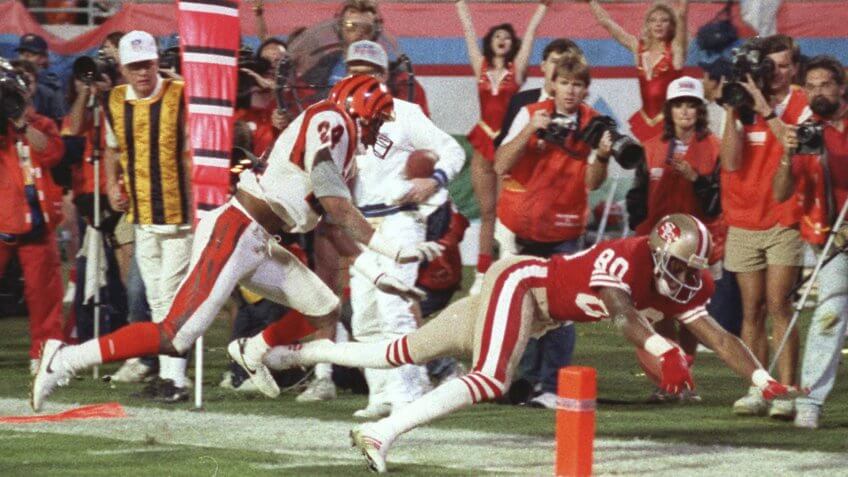 In 1989, Joe Montana engineered a historic last-minute Super Bowl comeback drive to beat the Cincinnati Bengals 20-16 — not enough to cover the game’s seven-point spread. That fact was not lost on the late Bob Stupak, a lifelong gambler, casino mogul, World Series of Poker champion and gaming visionary nicknamed Mr. Las Vegas. That year, he outdid even himself by placing the largest single legitimate bet at the time — $1,050,000 that the 49ers would lose or blow the spread. His million-dollar gamble paid off. 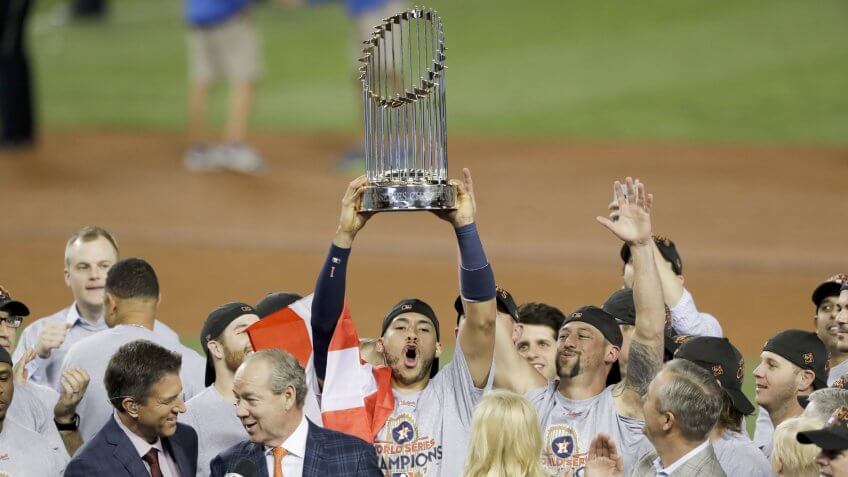 Problem gamblers don’t know when to walk away. The man Sports Illustrated refers to as “Sir Let it Ride” does not have that problem. By Game 5 of the 2017 World Series, rumors began emerging that an anonymous high roller won big on Game 1, and instead of taking the money and running, he confidently reinvested his winnings into a wager on the coming game — he let it ride. Then he let it ride again … and again … and again.

By Game 5, he had wagered correctly on every single game — each wager placed with winnings from the previous game — to the tune of $8 million. So what did he do? He let it all ride on Game 6 and won again, this time increasing his total haul to $14 million. The world waited with bated breath to see if he’d roll the dice one last time. He didn’t. Like all great gamblers, he knew when his run was over, and Game 7 went on without him. Although the cumulative odds can’t be calculated, Sports Illustrated considers his run to be one of the greatest in the history of sports gambling. 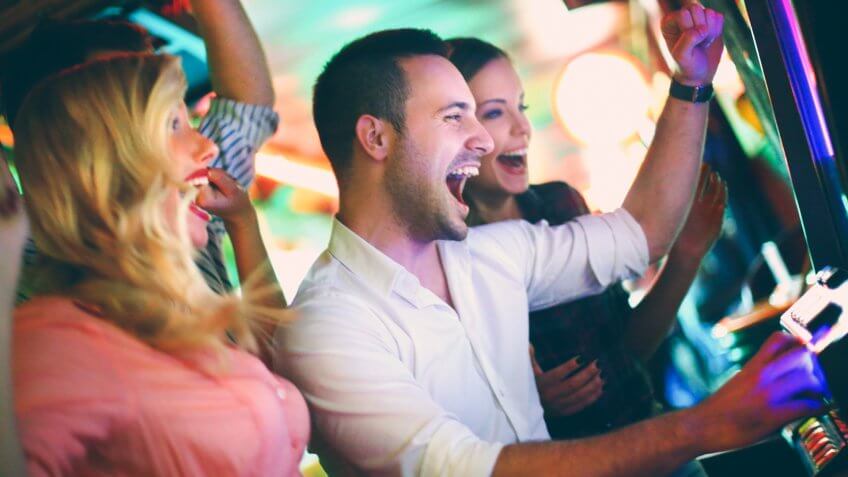 7 Biggest Vegas Payouts of All Time

Learn how much each of these lucky gamblers cashed with a spin.