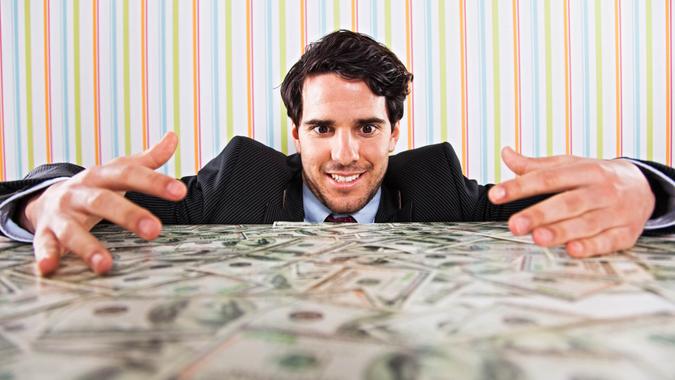 What does it mean to be “rich?” It sounds like a simple question, but it’s not so easy if you are trying to put a real number on it. Is a “rich” person someone who has $1 million? $2 million? $10 million? Our perceptions of wealth are far from an exact science.

Find Out: Here’s How Much You Need To Earn To Be ‘Rich’ in Every State
See: These 15 Billionaires Got Richer During The Pandemic

With that context, we delved a little deeper into how much you need to be “rich” today as opposed to 20 years ago. I asked the experts and they let me know just how much things have changed.

Tips: 6 Ways To Start Building Generational Wealth for Your Family

Given that mortgage rates have outpaced income growth, more Americans are carrying them into retirement, said Rivka Schreiber, certified financial planner and founder of Flexible Finances. “One generation ago, it was uncommon to find people with large mortgage balances on their properties. However, with people now using their home equity to purchase second homes, larger homes, or to support adult children, they find that they are carrying the same mortgage payment on less retirement income.”

Check Out: States Where It’s Easiest To Go From Middle Class to Upper Class

Not Just Rich, but Sustainably Rich

Things were very different just 20 short years ago. The internet was a brand new concept for consumers, and there were no smartphones yet. People loved their cars back then — and they were a sign of wealth — but the dynamic has changed.

One of the biggest changes comes in the form of sustainability commitments. “In the 2000 Millennium Summit of the UN, the world committed to Millennium Development Goals, which although had a goal of ‘ensuring environmental sustainability,’ climate change wasn’t the key theme,” said Kunal Sawhney, CEO of Kalkine Group. “Today, we have Sustainable Development Goals, where ‘affordable and clean energy’ and ‘climate action’ are the key themes.”

Sawhney said this shift in thinking has affected perceptions of wealth and the goals of those who want to be rich. “The aim should be to be ‘sustainably rich.’ This could mean adopting a clean fuel-driven car even if it costs a little more and has fewer luxury features than fossil fuel cars.”

Related: Tax Tricks and Loopholes Only the Rich Know

People Are Doing More With Less

A long-held belief is that you must make hundreds of thousands or even millions of dollars a year to really be “rich.” But people are now finding that, through the power of investing and reducing their expenses, they can amass a small fortune even without having the highest income. There has been a cultural shift, said Martin Boonzaayer, CEO of The Trusted Home Buyer.

“It has even gone to a point where it is a cliche for multi-millionaires to live in a modest mobile home or even a van. Many people have millions of dollars of income, only to need to spend most of it on expenses and debts while people making $12/hour have a net worth of 6 figures.”

While every situation is different and not everyone can live in a van down by the river, the point is that you aren’t necessarily locked out of wealth-building if you don’t make millions of dollars per year. Of course, having a high income helps, but you can do a lot with a little these days.

More Advice: 8 Insider Tips to Get Rich in Real Estate

Whether it’s due to consumerism, Instagram or any number of factors, people tend to have higher standards these days. For instance, Schwab’s Modern Wealth Survey of 1,000 people in 2021 found that participants, on average, said you need $1.9 million to be considered “rich.” That is roughly the equivalent of $1.27 million in 2000, a time when people arguably would have thought having a million dollars makes you rich.

Trevor Moore, founder of MoneyAustralia, believes that standards of wealth have changed since then. “Twenty years ago, driving a car, owning a house, and earning a high-paying job was a sign of wealth to most of us,” he said. “But in contrast, the luxuries of the past have become the necessities of the times. Therefore, in my opinion, people today have a higher standard when it comes to their perception of being rich.”