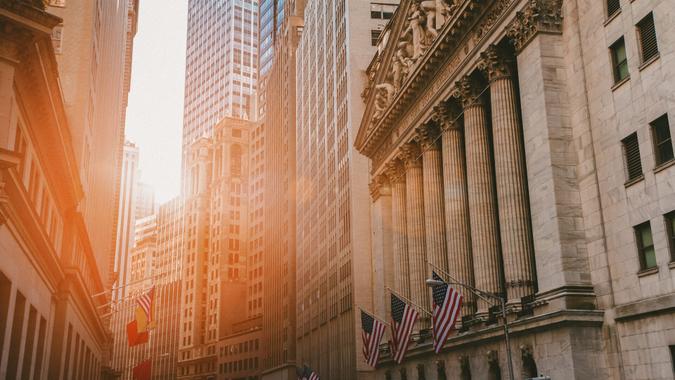 Lavish apartments, fancy cars and dressed to the nines: Manhattan’s wealthiest elite seem to have it all. And yet, while the city’s mega-rich or ultra-high net worth individuals are worth billions, you don’t need all that to be in the city’s top 10%.

Find Out: 6 Ways To Start Building Generational Wealth for Your Family
See: Just How Rich Are Elon Musk, Donald Trump and These Other Big Names?

New York has $3 trillion in total wealth. But in a city of nearly 9 million people that is home to almost one million millionaires, having $1 million already puts you close to the top 10%.

To add to that, dollars and cents aren’t everything. Yes, in purely monetary terms, hitting certain income or net worth thresholds is the only requirement to be in the top 10%. But without your health and a network of support, you won’t be able to enjoy your swimming pool of gold coins.

Let’s take a look at what exactly you need to be among Manhattan’s wealthiest elite, both in terms of money and otherwise.

Check Out: How Much You Need To Be ‘Rich’ in 50 Major US Cities

Of course, most Americans immediately think about money when contemplating wealth. Whether or not you agree that is the only determinant of wealth, it is certainly a big component. And given that New York is where some of the world’s wealthiest call home, it’s no surprise that you need a lot of money to be one of the city’s wealthiest.

Explore: Here’s How Much You Need To Earn To Be ‘Rich’ in 23 Major Countries Around the World

After all, New York is home to a number of billionaires, including Michael Bloomberg, Julia Koch and Stephen Schwarzman. While you don’t have to be among the billionaires to be in the top 10%, you still have to be quite well off.

Having a lot of wealth is nice, but you can’t enjoy it without your health. Of course, there is a correlation between health and wealth; studies have shown that wealthier people tend to live longer and with lower rates of chronic disease.

Of course, those of us who don’t inherit wealth likely spend our younger, physically healthier years building wealth. Only as we start to age do we begin to accumulate real wealth in many cases, further highlighting just how important physical health is.

See: States Where It’s Easiest To Go From Middle Class to Upper Class

When New Yorkers were asked how much someone must have in terms of net worth to be considered “rich,” most said somewhere in the range of a half-million to a few million. While that is merely a matter of feeling, the data shows their instincts are generally correct if we assume “rich” means in the top 10%.

A 2019 report from Wealth-X showed that New York City had 978,810 “high net worth” individuals, defined as having a net worth between $1 million and $30 million. New York City has a population of 8.8 million as of 2020, meaning high net worth individuals make up just over 10% of the population. Thus, having exactly $1 million wouldn’t quite put you in the top 10%, you’d be right on the cusp with that level of wealth.

For Your Wealth: 19 Effective Ways To Tackle Your Budget

If you really want to be wealthy, going it alone is not the best idea. Asked what it means to be wealthy, New York City residents often focus on the less tangible indicators such as being surrounded by those you love as well as success. In fact, many will not give a specific dollar amount or even a general range unless specifically pressed for one.

Consider Maslow’s Hierarchy of Needs. The specific language used in this framework is a bit outdated by today’s standards, but the general ideas it discusses are still relevant. When you don’t have money, you may have trouble meeting your safety and physiological needs. However, those are lower-lying needs; the basics.

To really be happy, healthy and wealthy, we must meet our love/belonging, esteem and self-actualization needs. I believe this is what people mean when they talk about these less tangible indicators of wealth. While they cannot be measured in dollars and cents, they are farther up the hierarchy because true fulfillment will not be realized without them.