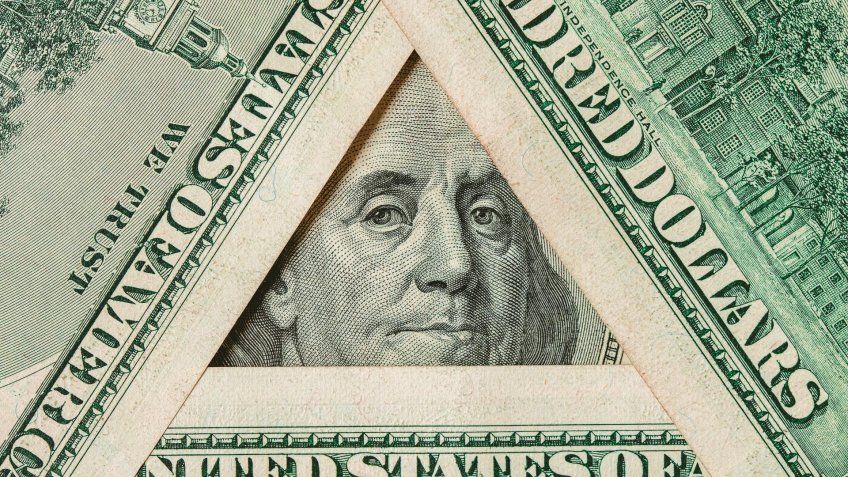 There’s a certain subset of the population who will always be willing to work really hard to find ways to not have to work. Sure, finding a reliable profession, buying a modest home with an affordable mortgage and keeping up regular 401(k) contributions is a tried-and-true method for building wealth, but that’s just not the right path for some people.

And that’s okay. Just because you’re committed to being a hustler doesn’t necessarily mean you’re relegated to chasing bogus get-rich-quick scams or not-bogus-but-very-much-illegal get-rich-quick schemes. There are still some schemes out there that, although they sound a little shady, are nonetheless legitimate and might help you make money quickly. 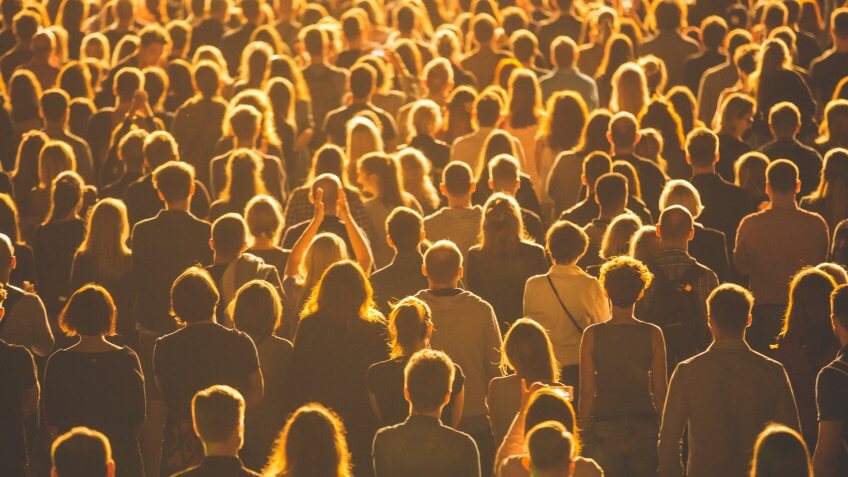 Typically, in order to start a new business, you need a lot of money. And if you don’t have it yourself, you’ll need to either take out business loans — which includes paying interest and assuming liability for repaying the loans — or take on investors who will ultimately own a chunk of whatever you’re building.

Fortunately, the internet has given rise to a whole new method for getting your business idea off the ground without investing one dime of your own money: crowdfunding. 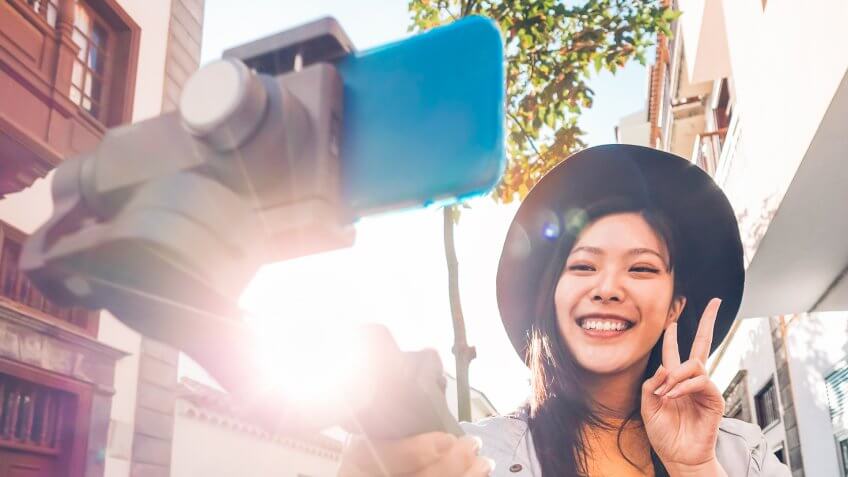 Plenty of private businesses turn to sites like Indiegogo or Kickstarter to raise startup capital. And if you can make a killer video and upsell your personal story in the right way, you can get thousands — even millions — of people to send you cash. In the end, if your business takes off, you’ll owe them nothing aside from any promised rewards and reap all the benefits yourself. The best part: It’s completely legal. 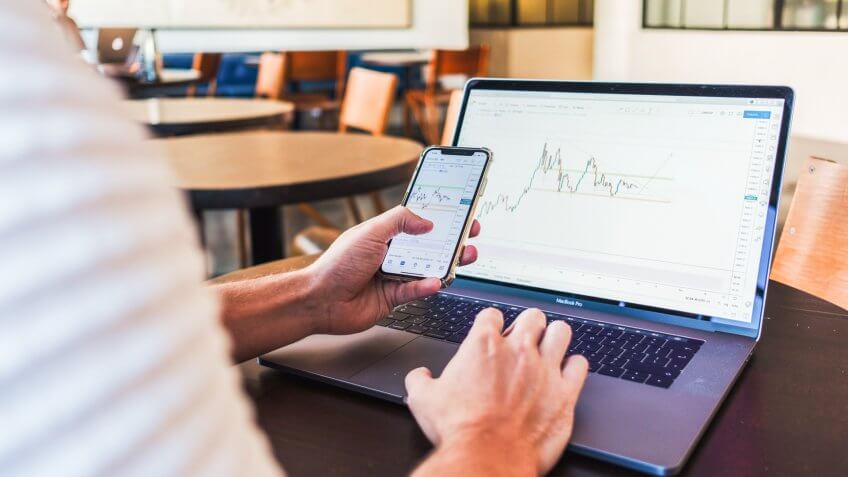 Everyone, at this point, is no doubt aware that bitcoins are worth money — around $8,800 per coin at last check, but that can change really quickly. However, can anyone really say for certain why? The truth is, things are worth whatever someone else will pay for them, and despite the fact that cryptocurrencies were essentially invented out of thin air less than a decade ago, there are still plenty of people willing to pay for them.

It’s part of a concept in investing called “the greater fool theory” wherein it’s never stupid to pay for something as long as someone else is ultimately willing to pay more. So, as long as you’re not among the most foolish people in the game, swapping different types of magical internet money back and forth can be quite lucrative. 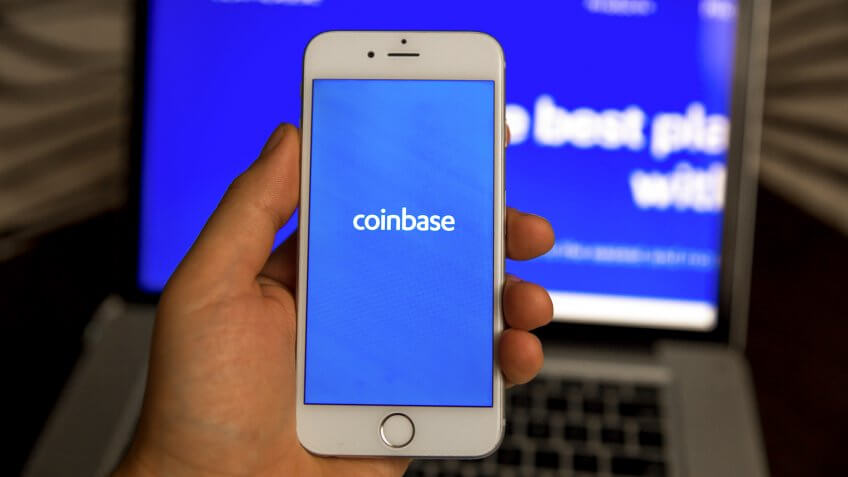 You can invest in cryptocurrency through several cryptocurrency exchanges, such as Coinbase. To get started, you will need to create an account and link your bank account. Then, you can buy and sell cryptocurrency just as you would stocks. 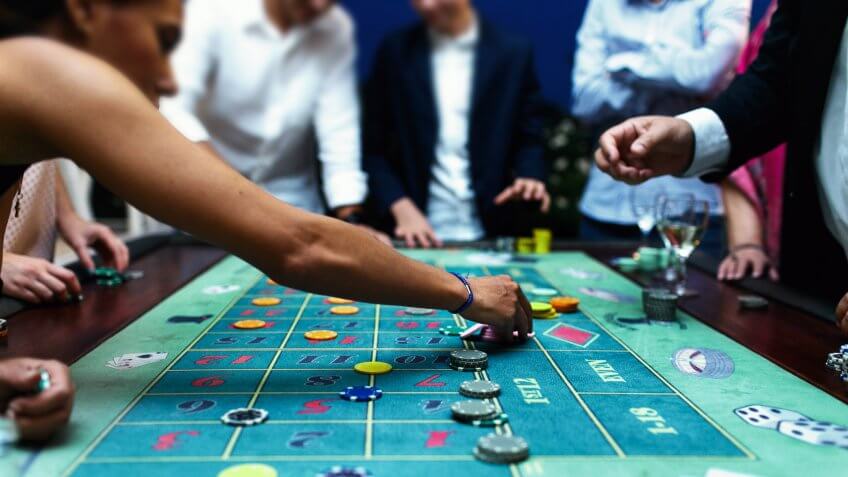 The old adage that the house always wins can’t be ignored: Those table games are rigged. Not weighted-dice or marked-cards rigged — but rigged with math that ensures the odds are always in favor of you losing.

However, there are still ways to place bets where you’re putting your money up against other gamblers rather than the casinos, where, if you really can find an edge over the competition, you can make money legally. 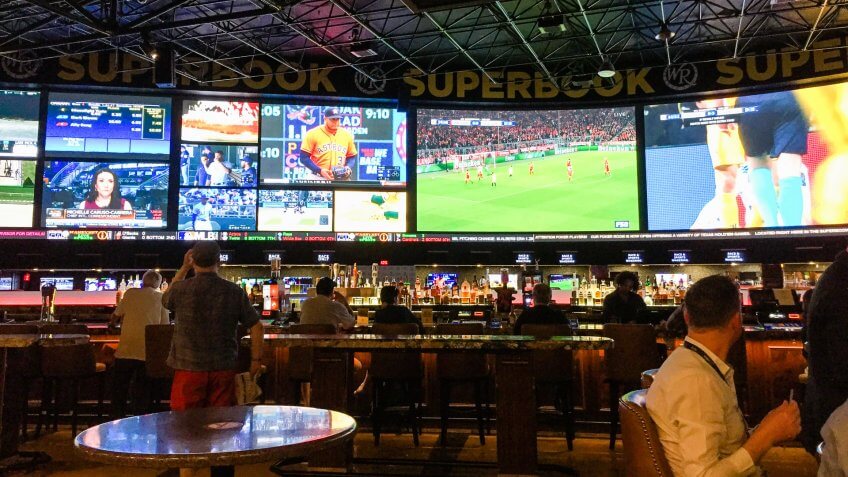 If sports are your thing, sportsbooks could be your best bet. Sportsbooks essentially act as brokers, taking a cut of the total action but trying to keep the money riding on both teams evenly so they make consistent profits regardless of who wins. If you can be smarter than the other gamblers, you can be profitable. Poker, likewise, is a game that can be mastered and played for profit. In fact, poker has repeatedly been recognized as a game of skill that’s classified as a “trade or business” by U.S. courts since the mid-1980s.

None of this is easy. Very, very few people actually get good enough to be consistently profitable playing cards or betting on sports, but the elite who do make a good living.

Other Ways To Make Money: 28 Genius Side Hustles You Never Knew Existed 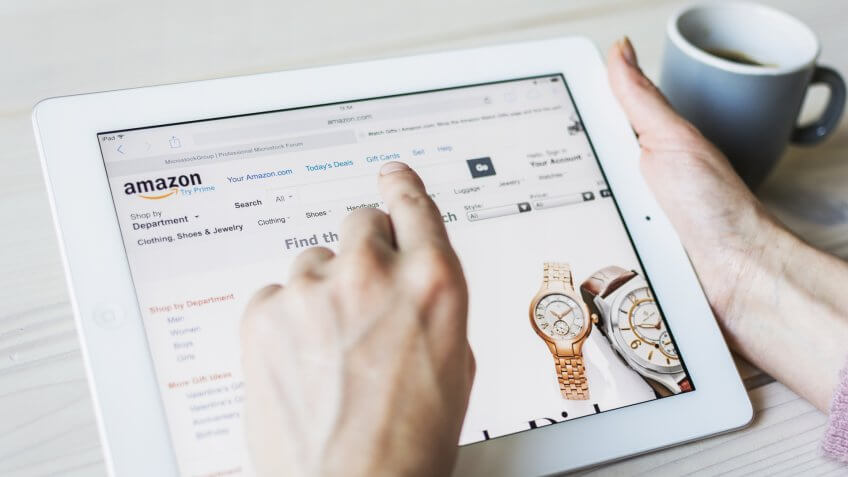 Amazon has become an enormous driver of retail as a massive e-commerce ecosystem consisting of millions of different buyers and sellers. Pretty much anyone who can get some traction with positive reviews will be able to start getting their product to pop up in more and more consumers’ searches. As such, plenty of companies are ready to pay you for your opinion or give you a product for free. It’s technically against Amazon’s review guidelines, though, so you are putting your account at risk of termination.

Of course, you can also find plenty of options for just writing fake reviews. Is it immoral? Quite possibly. But is it illegal? Not at present. 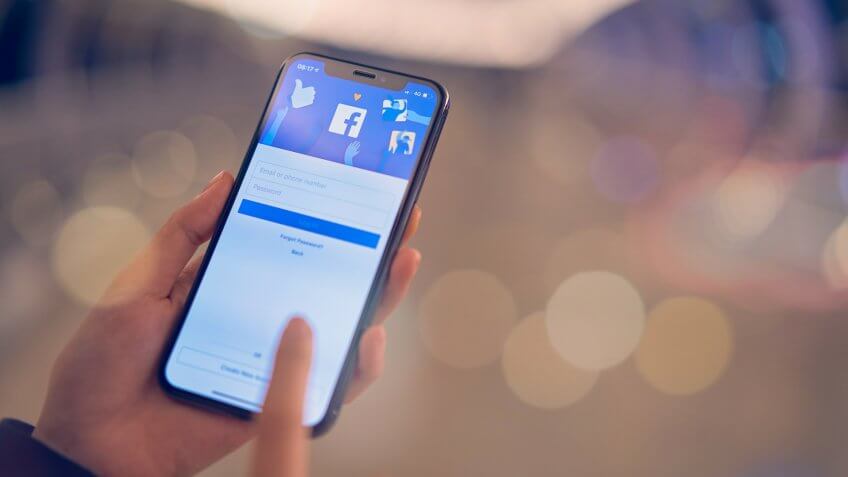 Since Amazon has banned paid reviews, the best way to find review opportunities is through Facebook. There are Facebook groups dedicated to sellers looking for customers to write reviews in exchange for payment or free products, and you might even be targeted for these opportunities through Facebook ads you see on your feed. Remember, however, that Amazon could suspend your account if they realize you are writing paid reviews. 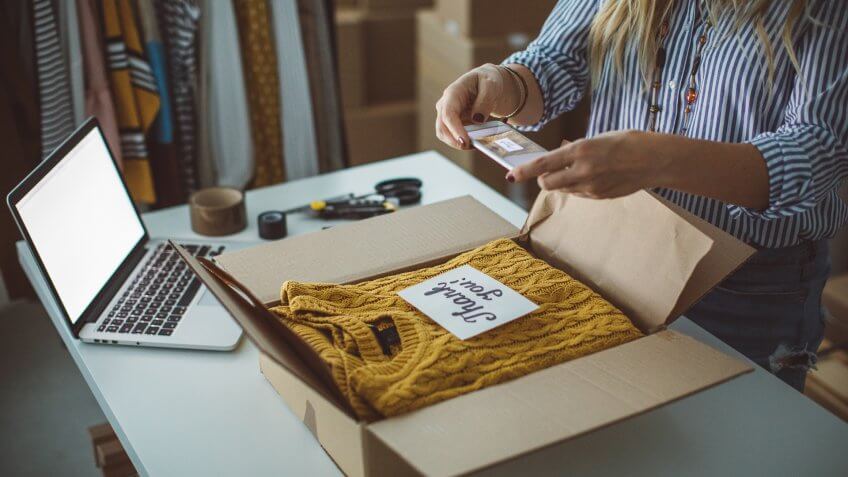 Reselling Items on Craigslist or eBay

Bargain hunters can make a good profit by reselling items for more than they paid for them on sites like eBay and Craigslist. One woman told Business Insider that she makes $5,000 a month reselling items she buys at thrift stores through the Poshmark app.

The returns can be even higher if you get your hands on limited-edition products. For example, a Kate Moss T-shirt made by Supreme that retailed for $30 could fetch $1,000 in resale, according to the fashion news site Highsnobiety. 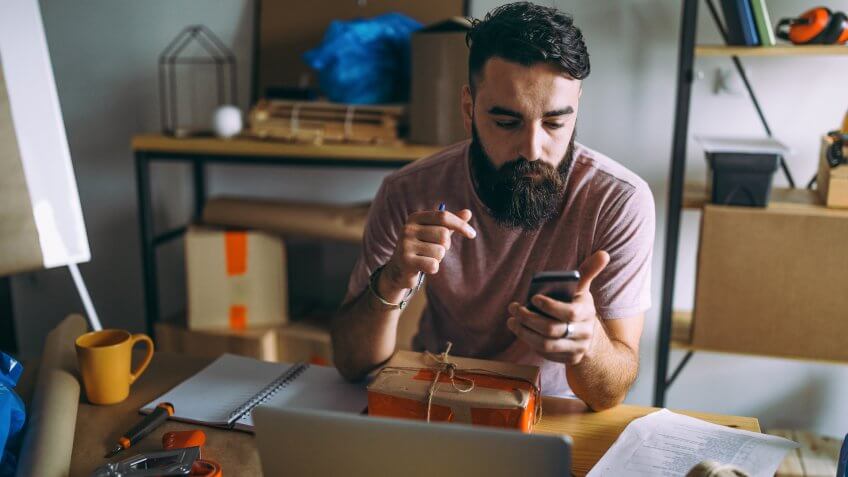 The best part of this “scheme” is that it requires no capital to get started. You can begin by selling items you have lying around the house, which is a great way to declutter while making some money. You can also browse the “free” section on Craigslist to find items that you can pick up at no cost and resell for 100% profit. 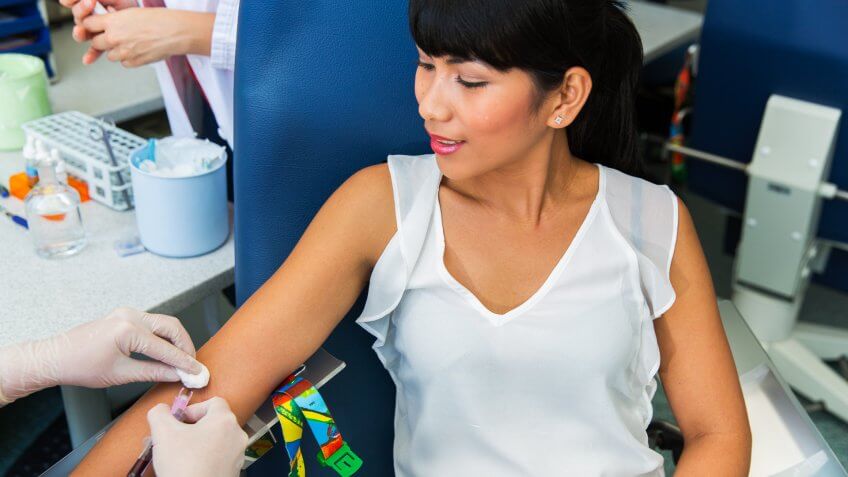 If you’re not squeamish around needles, you can turn your blood into money. The plasma donation process takes about an hour and a half, and you can make between $20 to $50 per donation, according to Wallet Hacks.

To donate plasma, your blood will be drawn, the plasma will be separated out and the blood will be returned to your body. The plasma is typically used to create products that help with blood clotting disorders and other diseases. 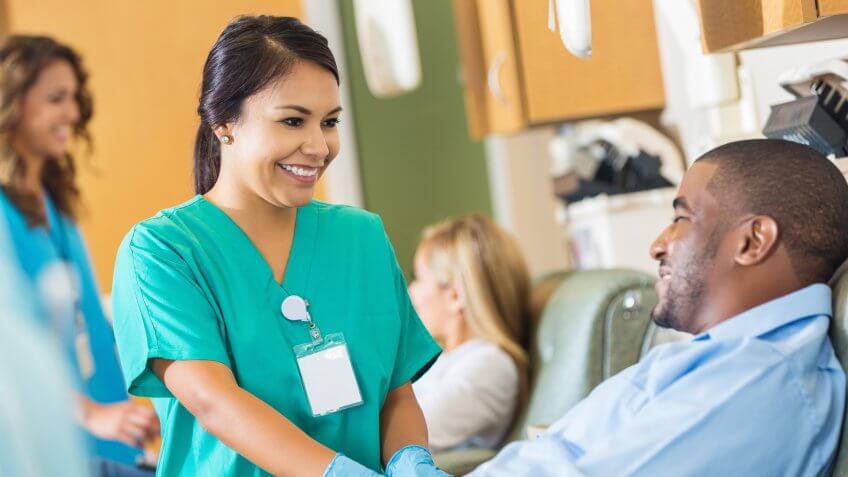 Search for a plasma donation center near you to get started. The major companies include Octapharma Plasma, Grifols and CSL Plasma, according to Wallet Hacks.

When you go to donate, you should bring proof of address, a photo ID and proof of your Social Security number. You should eat regularly and drink plenty of fluids leading up to your donation appointment.

Tips: 101 Side Business Ideas and How To Start Without Quitting Your Job 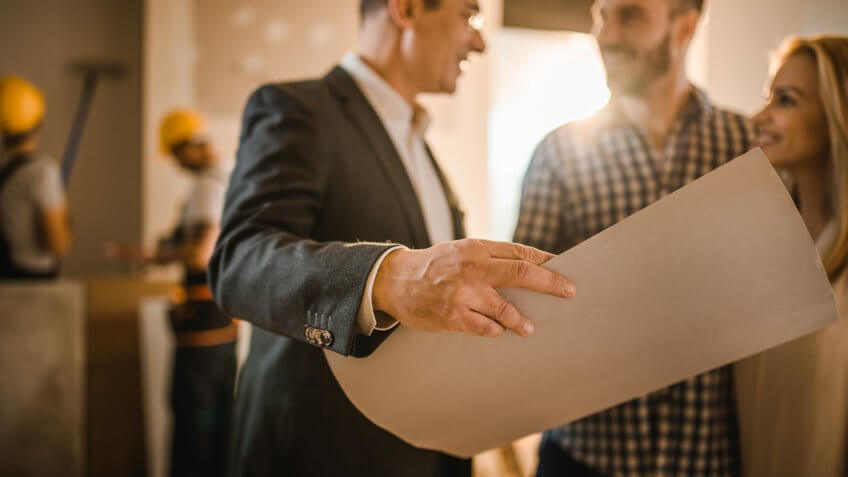 When you flip contracts, you never actually take possession of the home, so there’s less risk — and capital — involved than a traditional real estate investment. 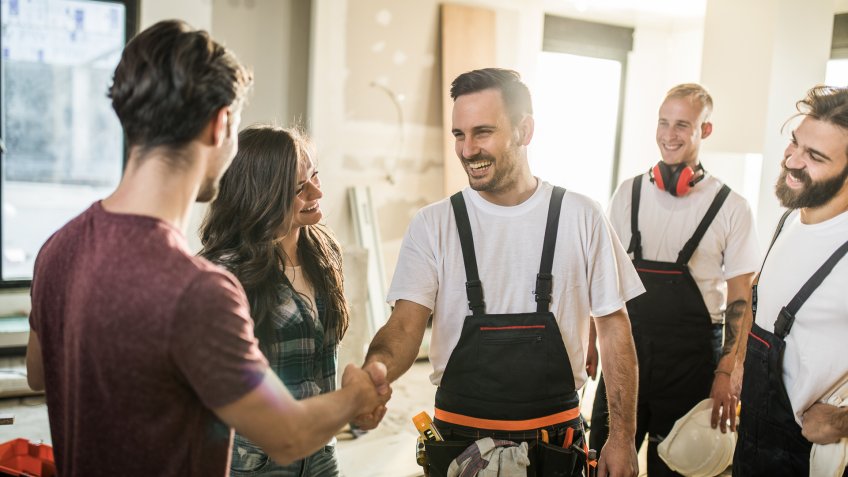 Although the way you make money seems simple, the contracts can be complex so it’s probably beneficial to take a course on how to do this before you make your first flip. REWW offers an online real estate wholesale mastery certification course that can help you learn how to generate leads, create marketing campaigns and turn profits.

Once you’ve completed a course or studied up on your own, there are several ways you can find properties to wholesale, including through real estate brokers, REOs, auctions and FSBOs. 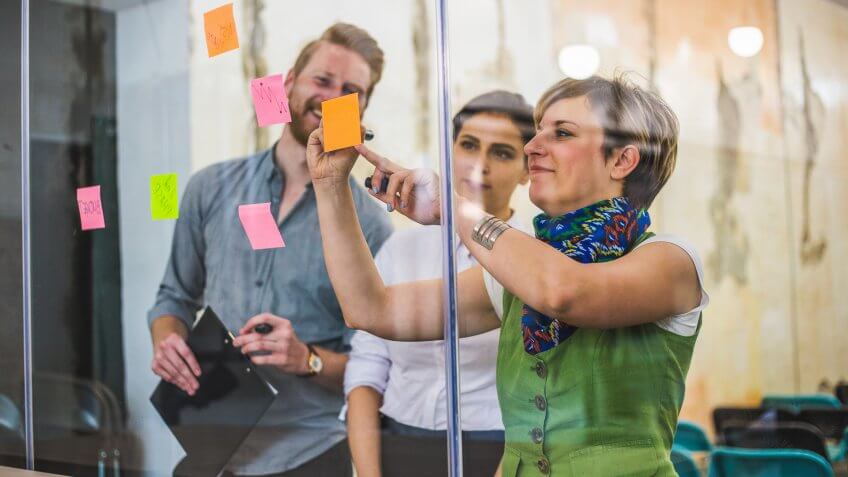 As most people behind multilevel marketing schemes will tell you, they are not pyramid schemes. Pyramid-scheme adjacent, sure, but technically not pyramid schemes. Multilevel marketing is the system made famous by companies like Herbalife. In this system, a company relies heavily on a salesforce working entirely on commission. Not only do those people sell the products, but they also recruit their own team of salespeople and collect a cut of the commissions from anyone they bring on.

There’s potentially money to be made for an enterprising salesperson who’s good with people and can recruit a team to sell under them — just be aware that the key difference between this and a pure pyramid scheme is the product itself. If actual consumers are buying and using what you’re selling, it’s a multilevel marketing scheme. If the vast majority of the product is sitting in boxes in the garages of salespeople, well, it’s not. Even if the company is not a pyramid scheme, it’s worth noting that relatively few people earn meaningful incomes through multilevel marketing, according to Investopedia. 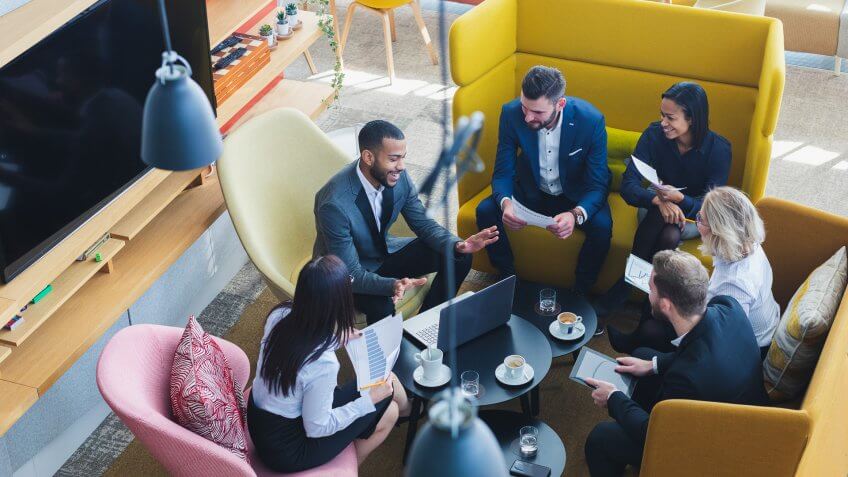 Because multilevel marketing is always dependent on recruiting new sellers, it’s easy to get started. Companies like Herbalife, Amway and Avon allow you to sign up to sell their products via their respective websites.

Although it’s easy to get started selling, it’s not such an easy road to turn a profit. For example, a Federal Trade Commission investigation into Herbalife that ended with a $200 million settlement in 2016 found that “a large majority of distributors made little or no money and a substantial percentage lost money,” CBS News reported. So think twice before you sign up as a distributor for any of these companies. 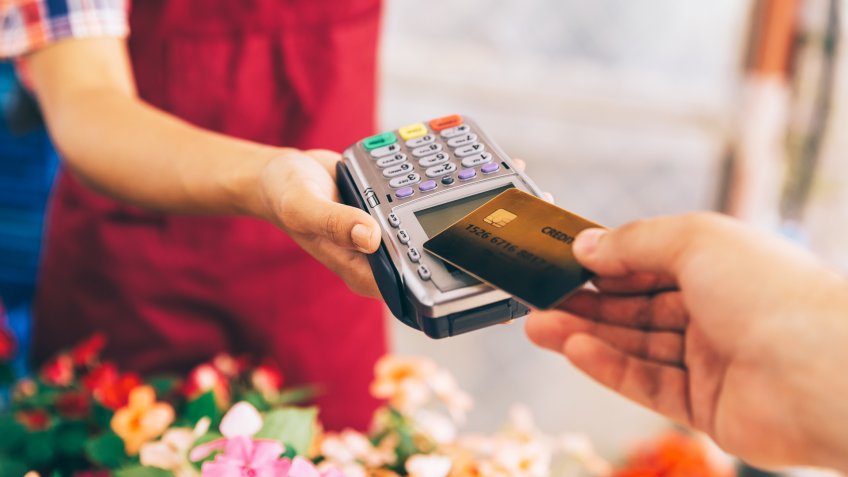 Credit card churning refers to the practice of opening new credit cards specifically to get sign-up bonuses and rewards. Once you charge enough on the card to get the reward — typically you have to spend a certain amount within the first 90 days of opening — you stop using the card.

This practice can come with some risk — especially if you’re charging more than you can afford to pay back in full each month — but if done correctly you can swipe your way to free cash-back bonuses and travel rewards. 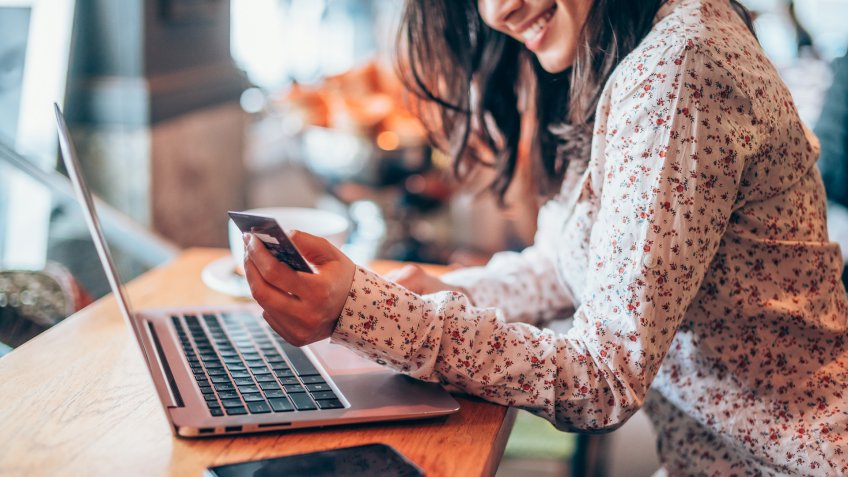 Sign-up bonuses are always changing, so visit the sites of the major credit card companies to see which cards are offering the largest bonuses at the moment. You should start small, with two or three cards at most, and do not open any new cards until you have paid the balances off the cards you open. Make sure to read the fine print — some credit card issuers set limits on how many cards you can open with them in a certain time period.

It’s also important to keep your spending in check and only charge what you can afford to pay back in full. Otherwise, the interest you end up owing could negate any cash back or rewards you earned by opening the card. In addition to potentially racking up debt, another risk with credit card churning is that it can hurt your credit score because applying for a card generally counts as a hard inquiry. Multiple hard inquiries in a short period of time could cause your credit score to drop, so keep this in mind if you plan on applying for a home, car or other loans. 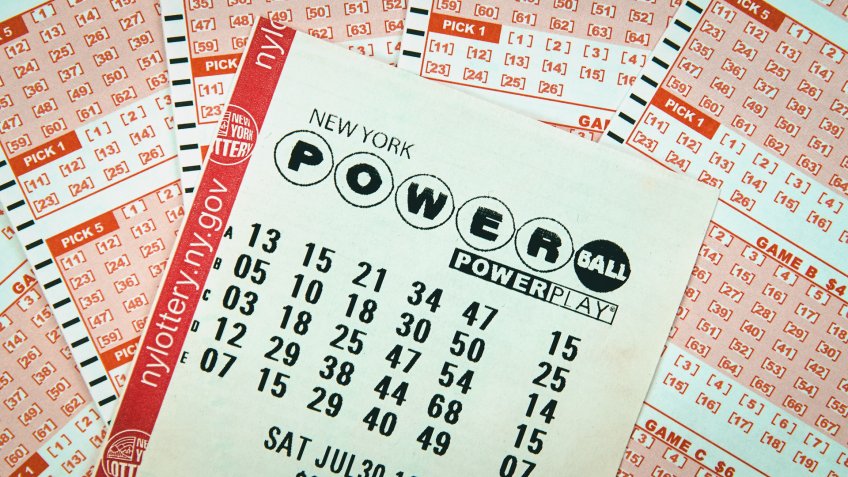 The prize might be more of a curse than a blessing.