Royal Gardens: Which Estates Have The Most Expensive Grounds to Maintain? 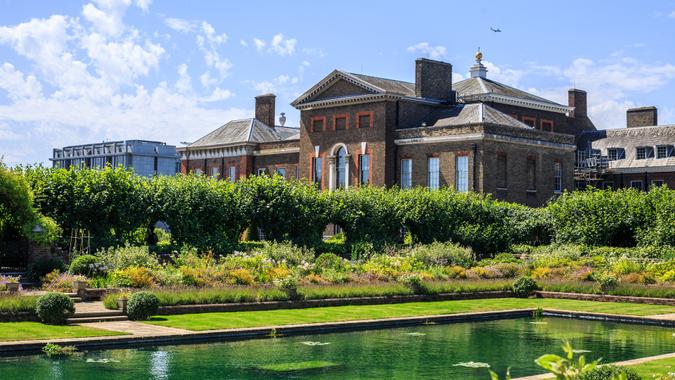 Oh, how their gardens grow. The Royals are known for their lush greenery on many of their exquisite properties, and it turns out they take a lot of green to maintain.

According to Great British Gardens, the world-famous family has loved upkeeping their lawns for centuries and some members even have a green thumb, like now King Charles III who takes great pride in overseeing the grounds at his Cotswolds Home property, Highgrove House, where he has long lived with Queen Consort Camilla.

These grounds, like the gardens at Buckingham Palace, are open to the public, drawing in thousands of visitors every year. According to Hello Magazine, around 40,000 people annually. So of course they have to look their best — which comes with a hefty price tag.

The magazine spoke with founder of Gardening Express Chris Bonnett to get his take on which of the royal gardens were most expensive to maintain, and he put Cotswolds top on the list.

“They cover 15 acres of all organic gardens and use high-tech maintenance systems,” he shared for the reason why these grounds are the most costly to keep up. Technology tricks are key for Cotswolds, including using smartphones to irrigate the greenery and battery-powered hand tools.

Next on the pricey list, says Bonnett, are the gardens at the late Queen’s Windsor Castle, for its exquisite configuration that takes a lot of TLC. Bonnett estimates it would cost just one gardener 20,000 pounds a year and that’s only if they are early in their career — more advanced groundskeepers would earn more and it would take a few people to keep these gardens looking as great as they do.

Here, there are 5,000 acres of grounds with three gardens, including a staggering 3,500 rose bushes that are arranged in a specific geometric design all around a lush fountain. And the Queen kept adding to it over her seven decades of service. The newest is the Jubilee Garden developed in 2002 (at the time the Queen celebrated 50 years on the throne). This part offers flowering shrubs, trees and roses.

Heir apparent William, Prince of Wales, and his wife Kate also have some well-coiffed gardens that cost a pretty penny to maintain, according to Bonnett. The grounds at their home at Kensington Palace offer 265 total acres, and here, it’s the over-the-top water features that push up the price for upkeep. As Bennett shares, the Round Pound is one of the most beautiful attractions.

At Kensington, there is also the Sunken Garden — a favorite of the late Princess Diana when she lived here with William and his brother Harry after her divorce from Charles. Last year, the two unveiled a statue dedicated to their mother on the grounds. As such, many visitors are drawn to this historic site every year and when they go, some of the lush green life they might see are the “blooming geraniums, cannas and begonias in the summer or tulips, wallflowers and pansies in springtime,” says Bonnett.

His final pick for most expensive Royal family gardens may come as a surprise — as it’s a whole pond away from where most are located in the U.K. Prince Harry and Meghan Markle’s home in Santa Barbara, California has a more modest seven acres of land but is still full of interesting features — among them, tropical plants and a chicken coop. Even with the smaller plot, Bonnett says it would take about 2-3 people full-time to maintain it.

Unlike the other properties in the U.K., Harry and Meghan’s gardens are part of a private residence and not open to the public so they can let the regular maintenance lag a little. Though it’s no less expensive, especially, says Bonnett, with the drought that California has been plagued with — the water bill alone to keep the grounds hydrated would be more than some people’s rent.

What About Buckingham Palace?

Not mentioned in Bonnett’s list but no less impressive are the gardens at Buckingham Palace, the spot where the Queen would hold her annual summer party. These gardens are even listed on the Register of Historic Parks and Gardens and offer 39 total acres that have become a coveted spot for wildlife, says The Daily Express. The outlet adds 83 species of birds call it home as do 2,500 different kinds of insects including butterflies, not to mention 350 types of wildflowers.