It’s no secret that most of us want more money in our lives. And while you can’t wave a magic wand to become a money magnet, you can take some simple steps to attract wealth.

It might sound like an infomercial, but the truth is that even people who are currently struggling with their finances can grow richer by adopting the right habits and mindset.

“Just because you’ve had money issues doesn’t mean you can’t change,” said Michael Kay, a certified financial planner and author of “The Feel Rich Project: Reinventing Your Understanding of True Wealth to Find True Happiness.” You just have to be willing to change.

Here’s how you can become a money magnet — if you want it badly enough.

1. Understand Why You Want to Be Wealthy

Wanting to be rich isn’t enough. You have to understand why being rich is so important to you. “Sometimes people have ideas [about wealth] but not a solid thought behind it,” said Kay.

To increase your odds of achieving wealth, take time to think about your goals. Do you want to make a lot of money so you can own a big house, have a fancy car and take nice trips? Or do you hope to acquire wealth so you can retire early?

After you pinpoint exactly what being rich means to you, you can determine whether your goal is a realistic one given your current financial habits. For example, Kay said that, as a financial planner, he’s had people come to him saying they want $3 million by the time they retire.

Money magnets tend to define clear action plans for achieving their goals. Rather than dealing in broad strokes, these individuals “think in details and specifics of how to,” according to Kay.

For example, if you want to have $1 million by age 40, you need to know how much you have to set aside each month in a retirement or investment account. Additionally, you need to know what sort of return on your investments is needed to reach your goal of $1 million in a certain number of years and what risks are associated with getting that return.

The best savers develop healthy financial habits, such as paying themselves first.

“If you have great habits around money, your chances of success are far greater,” Kay said. For example, every time you get a raise, you should be putting it into savings instead of increasing your spending with the extra money in your paycheck.

Additionally, money-savvy folks create budgets and stick to them throughout the year, while abandoning those habits that are making them poor. Instead of eating out regularly, strive to make more meals at home and adopt other habits that could help save you thousands.

To become a money magnet, you need to understand the difference between needs and wants. If you’re making impulse purchases and buying whatever you want, you’ll likely never reach your savings goals.

“Some people are hard-wired to delay gratification, and others are not,” Kay said, adding that those who are not need to take extra steps to prevent themselves from impeding their own goals. For example, if you see something you want, give yourself a cooling-off period. Wait at least 24 hours before buying to determine whether a purchase really is worth your hard-earned money.

It’s important to make sure that your spending aligns with your goal of being rich. With each expenditure, ask yourself whether it takes you closer to or further away from your objective.

You might assume that you’ll be happy once you reach a certain income level. However, for some people, the reverse might be true: Being happy can actually help them earn more. Tom Corley, who studied the behaviors of the wealthy for his book, “Rich Habits: The Daily Success Habits of Wealthy Individuals,” said that optimism turns you into a money magnet.

“Seventy-one percent of the self-made millionaires in my study were optimistic about life,” he said. “They believed in themselves. They enthusiastically pursued their dreams and goals.”

Moreover, optimistic people tend to become wealth magnets for the people around them. “This helped them in creating teams that would eventually help lead them to success,” Corley said.

Related: 5 Billionaires Like Oprah Winfrey Who Grew Up Poor

We all have certain abilities that make us special. These strengths might come in the form of natural gifts, such as intelligence or creativity. Or they might be traits you learned from your parents, such as a willingness to take risks.

If you want to achieve financial success, you need to start by identifying your strengths and determining how they can help you attract and make money. For example, if you enjoy meeting new people, you might pick up some extra cash working as an Uber driver after work.

You can also focus on developing expertise through education and experience. Corley said that the wealthy people he studied were by no means jacks of all trades. Instead, they excelled in a few key disciplines.

“Because they possessed unique expertise in a few niche areas, they were able to command more money and, thus, earn more money,” he said.

Just as people who are trying to lose weight need to step on the scale daily, individuals seeking great wealth need to monitor their progress. According to Kay, money-savvy folks check in with their finances regularly to see how their efforts are paying off.

In the beginning, you need to assess how you’re doing each week, he said. Determine whether you made choices throughout the week that brought you closer to your goals by tracking how much you spent and how much you saved.

Additionally, individuals should always be on the lookout for opportunities that result in progress — things they can do to increase their odds of success. And if you have a setback, be resilient and focus on bouncing back rather than letting a stumbling block become an obstruction to your success.

Corley noted that the self-made millionaires he studied “never quit on their dreams.” 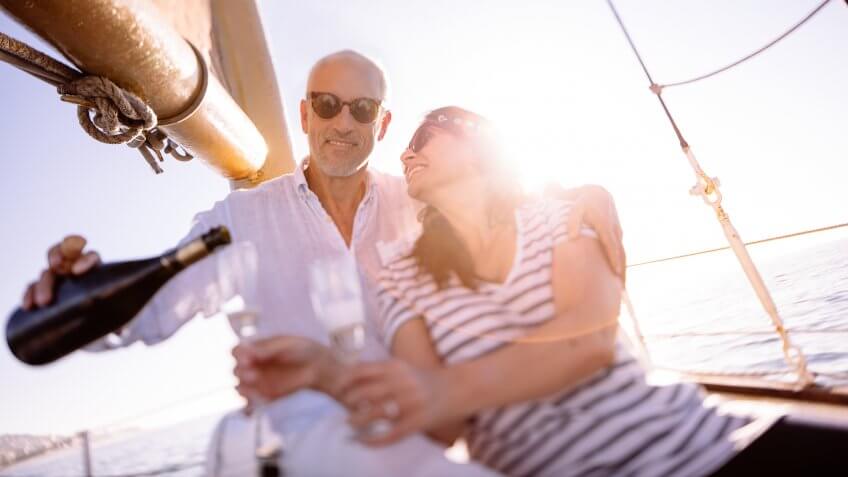 How to Appear Rich Without Spending Much Money

GOBankingRates > Money > Wealth > The Secret to Becoming a Money Magnet