Tony Robbins is a master of many trades. The no. 1 life and business strategist, no. 1 New York Times best-selling author, entrepreneur and philanthropist certainly has a busy schedule — including putting on his famous personal growth program “Unleash the Power Within.”  Yet he kindly took time out for a conversation with GOBankingRates reporter Cameron Huddleston in 2017, sharing vital, timeless financial and business advice to help readers make smart decisions.

Below, you’ll find those incredible Tony Robbins tips for success in business, romance and beyond — along with a chance to win tickets to “Unleash the Power Within” March 14th – 17th 2019 in Los Angeles. (Click here to go straight to the contest.)

1. Don’t Try to Plan Everything

“If you’re going to try to time the market, you can forget it.”

When Huddleston caught up with Robbins in 2017, he shared the motivation behind his book “Unshakeable: Your Financial Freedom Playbook,” which he said came about after discussing the idea of market timing with Warren Buffett and the late investing guru Jack Bogle, both of whom found the concept ridiculous — particularly when applied to the real estate market.

In context, this tidbit was aimed at people who attempt to time the stock market, but the sentiment of living in the moment rather than planning for the future has a wider resonance. For example, trying to dictate when and where you’ll meet the perfect romantic partner won’t work. The best results, Robbins said, come from riding the wave and trusting yourself to make the right decision.

Read: Think Like a Millionaire With These Tony Robbins Tips

2. Stay Calm and Carry On

“The greatest victory in your life is when things are burning down.”

Robbins also explained to Huddleston how market turmoil can bring about financial gains — if you play your cards right. He said panic causes people to make poor investment moves that can permanently dent their finances. Instead, he advises people to stay calm and look at the bigger picture.

This piece of advice was meant to address the stock market, but like many of Robbins’ tips, you can apply it to life in general. When life throws you curveballs, make the most of it. Being forced to change course can be a blessing in disguise, so don’t be afraid to adjust your strategy.

“Focus on execution rather than just the idea.”

In a 2016 interview with Psychology Today, Robbins was asked the key difference between “wantrepreneurs” and entrepreneurs. He explained that millions of people have business ideas, but only a small percentage of their companies actually survive. Entrepreneurs focus on execution, he said, while “wantrepreneurs” get stuck on ideas.

This is some of Robbins’ best advice for entrepreneurs, but it can easily be applied to other aspects of life. For example, if you’re trying to lose weight, you won’t get very far just talking about your desire to be thinner. A better way to achieve your goal is to create a weight loss plan and start exercising and eating healthy.

In 2016, Robbins and DJ Khaled did a joint interview for Complex. One of the topics discussed was DJ Khaled’s fear of flying and Robbins’ quest to help him overcome it. Robbins explained the importance of not allowing fear to get in the way of things you want to do in life.

Robbins might have been talking about flying, but you can use this advice to face a wide range of fears. Everyone is afraid of something, but strong people choose to work past their anxieties. No fear is too great to overcome, so stand up to yours and start living life on your own terms.

Also See: 10 Fears That Are Keeping You From Being Rich

You’ve likely heard and used the saying, “I’m stuck in a rut” or “I’m between a rock and a hard place.” But Robbins warns against living by metaphors.

“When you make up these metaphors, they literally take you over, they hypnotize you,” he recently told GOBankingRates. “So, for me, nobody’s stuck. I sometimes tease people. I say, ‘If you’ve ever been to Vegas, you know where that big Hoover Dam is. When they were building that thing, two people fell in. They’re still there, they’re stuck.'”

Robbins recommends making physical changes, such as altering your stance or breathing pattern.

6. Be True to Yourself

Believing in your business is a must, Robbins told Entrepreneur in 2016. While all businesses have value, an owner who doesn’t feel passion for the job is unlikely to succeed, because he or she can’t provide what the company needs to thrive. To that end, it’s important to love what you do.

Technically, this quote was intended to address current and aspiring entrepreneurs, but if you read between the lines, it also doubles as some of Robbins’ best advice for relationships. If you’re not passionate about your partner, it’s unfair to stay in the relationship. After all, neither of you will enjoy the kind of partnership you desire if you aren’t fully invested.

“Trade your expectations for appreciation.”

Robbins said that if you want an extraordinary quality of life, you need to live in the moment and appreciate what you have.

“You want to change your entire life? You want to have a different life? You want more fulfillment than you’ve ever had? Trade your expectation for appreciation, and your whole life changes in that moment,” he told GOBankingRates. “When we’re busy appreciating, life is completely different than when we were constantly being stressed about things we cannot change.”

“Don’t just get in the game; you’ve got to educate yourself, because the biggest screwup to your financial wealth is unfortunately people with experience who you give your money to.”

When investing your money, you need to know where it’s going, Robbins said during a 2017 interview with Mike Koenigs for his You Everywhere Now blog. If you blindly trust your funds to an advisor, you could end up paying unnecessary fees that will deplete your wealth. Robbins advises individuals to remain diligent by paying close attention to their investments, because that money is theirs.

Technically, this advice is aimed at those investing in the market, but it can also apply to small business owners. For example, when running a business, you can’t just put an accountant in charge of the company’s finances and never look back. You can hire someone to handle day-to-day fiscal tasks, but you need to stay involved. After all, if something goes wrong, you’ll be the one answering to the IRS.

9. Be Kind to Others

When asked for his thoughts on President Trump during a 2017 CNBC interview, Robbins shared his belief that insulting others is rarely the answer. He said the president would benefit from slowing down to think a little before he speaks.

Robbins’ tip about being kind and respectful could apply to anyone. Sometimes, we’re all guilty of choosing words that cloud the meaning of our messages. When you’re tempted to go low, take a minute to think about the consequences of your speech and go high instead.

Up Next: 13 Ways Famous Entrepreneur Tony Robbins Spends His Money

What do Hugh Jackman, Usher, Julianne Hough, and even the Kardashians have in common? These massively successful, incredibly busy individuals KNOW the importance of investing in yourself, and they made this investment by attending Unleash the Power Within with Tony Robbins.

Whether it’s a breakthrough in your business, an upward move in your career, a fresh take on your relationship or a strong healthy body — the time is NOW to create the life you want. During Tony’s signature event, you’ll spend 4 days discovering the keys to break through YOUR limitations and achieve true success in your life.

Unleash the Power Within is coming to the LA Convention Center March 14th – 17th and WE are THRILLED to be giving away a pair of tickets to one of YOU.

Cameron Huddleston and Laura Woods contributed to the reporting of this article. 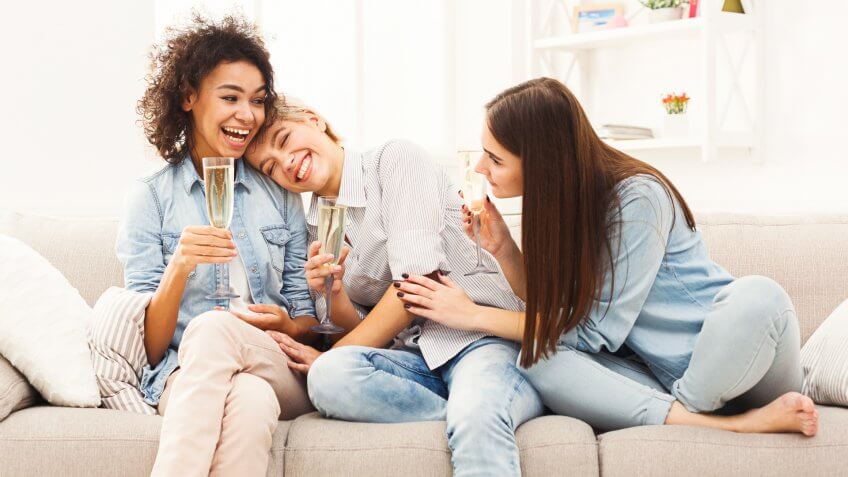