Warren Buffett and Berkshire Hathaway vice chairman Charlie Munger held their company’s annual shareholder meeting on Saturday, May 4, during which they fielded questions about investing strategies, the markets, the economy and more. According to a statement from Buffett to the Omaha World-Herald, the meeting was attended by more than 40,000 people this year — offering a unique glimpse into how the Oracle of Omaha and his right-hand man actually operate.

For many attendees, the point of being in the presence of these investing legends is to glean all of their secrets. Social media lit up over the weekend with nuggets of wisdom from the two powerhouses, and it’s easy to see why — Buffett became one of the world’s wealthiest people using some kind of secret strategy, right?

“The secret is to find the best person who will have you.” Munger

Says this works for both business partners as well as spouses. #BRK2019
— Steve Haberstroh (@stevehaberstroh) May 4, 2019

"A great strategy in life is to specialize. No one wants to go see someone who is half proctologist and half dentist." Charlie Munger #Berkshire2019
— Juan Carlos (@iamjuca) May 4, 2019

Well — not exactly. Rather than trying to catch lightning in a bottle, it’s important to actually listen to the nuanced experience that drives Buffett and Munger’s advice. And if you do, you’ll learn that shortcuts, secrets and formulas have never been Buffett’s stock in trade. Below, find some of the surprising, hard-won lessons behind the snappy soundbites that came out of the investing world’s 2019 pilgrimage to Omaha.

See: Warren Buffett’s 15 Biggest Money Mistakes — and What You Can Learn From Them

The More Money You Manage, the Harder It Is To Have High Returns

Buffett once remarked that if he were managing a $1 million portfolio, he would be able to produce a 50% return per annum, and one shareholder asked what strategy he would use to do so.

“It might well be the arbitrage strategy, but in a very different … way than customary arbitrage,” said Buffett at the Berkshire Hathaway shareholder meeting. “One way or another, I can assure you that if Charlie [Munger] was working with a million, or I was working with a million, we would find a way to make that with essentially no risk, not using a lot of leverage or anything of the sort. But you change the $1 million to $100 million, and that 50[%] goes down like a rock. There are little fringe inefficiencies that people don’t spot and you do get opportunities occasionally to do so, but they don’t really have applicability to Berkshire.”

“You used to say that large amounts of money develop their own anchors,” he said. “It just gets harder and harder. I’ve seen genius after genius with a great record, and pretty soon they’ve got $30 billion and two floors of young men — away goes the good record. It’s just the way it works. It’s much harder as the money goes up.”

Buffett added that if you want to make a 50% return on $1 million, the only “secret” is to work hard at it. “But it just has no applicability to managing huge sums,” he said. “I wish it did, but it doesn’t.”

Important: How To Get the Best Return on Investment

Despite his association with slow investing, as with index funds, Buffett stated that delayed gratification may not be all it’s cracked up to be. “Low-interest rates for people who invest in fixed-dollar investments really mean that you aren’t going to eat steak later on if you eat hamburger now, which is what I used to preach to my wife and children and anybody else who would listen years ago,” Buffett said.

Instead, he continued, sometimes it’s best to be happy and live a great life. “I don’t necessarily think that for all families in all circumstances that saving money is necessarily the best thing to do in life. If you really tell your kids that … they’ll never go to the movies or you’ll never go to Disneyland … because if I save this money, 30 years from now we’ll be able to stay a week instead of two days, I think there’s a lot to be said for doing things that bring you and your family enjoyment rather than trying to save every dime,” he said. “Delayed gratification is not necessarily an unqualified course of action … I always believed in spending about two or three cents out of every dollar I save. Don’t go overboard on delayed gratification.”

I wish I could give him a blood test. In fact, I know I want a transfusion.“#BRK2019 #MondayMotivation #BerkshireHathaway #Finance
— Buffett & Munger – Daily Thoughts (@Daily_Buffett) May 6, 2019

Berkshire Hathway Doesn’t Have a Formula To Assess Risk

Buffett explained that when he has worked with committees, they tended to crunch numbers in a way that produced the conclusion they know he would want.

“If I had a group under me, they would try to figure out what I wanted the answer to be, and they would tell me what I wanted to hear,” he said. “The main thing is, are you reasonably sure that you know what you’re doing? If it gets past that hurdle, then we go on to figure out the math of gain versus loss and how much loss we can afford to take, and we’re willing to take.”

View this post on Instagram
It's Berkshire Hathaway weekend in Omaha! Omaha's own Warren Buffett has numerous ties to UNO. For a decade, between 1952 and 1962, Warren Buffett taught investing at the Municipal University of Omaha which would later become UNO. He also sent his 1st official tweet during a visit to campus on May 2, 2013. A painting of Buffett hangs in the UNO College of Business Administration's Mammel Hall atrium. #KnowTheO #MavSPIRIT #unomaha #WarrenBuffett #BRK2019 #BerkshireHathaway
A post shared by University of Nebraska Omaha (@unomaha) on May 4, 2019 at 6:01am PDT

In all those breathless tweets from the meeting, the message that people seem to be missing isn’t complicated at all. It’s simply that Buffett and Munger aren’t keeping any big secrets from anyone. They don’t always know what works. They change their minds. Sometimes moving fast is great; other times, it’s best to take your time. But if that’s the case, can anyone hope to replicate Berkshire Hathaway’s success? Maybe — as long as they work hard, trust their instincts, accept the occasional failure (and learn from it) and are willing to go with the flow.

Keep reading to find out the 10 companies you would never guess Warren Buffett loves.

Priscilla Aguilera and Katie Wudel contributed to the reporting for this article. 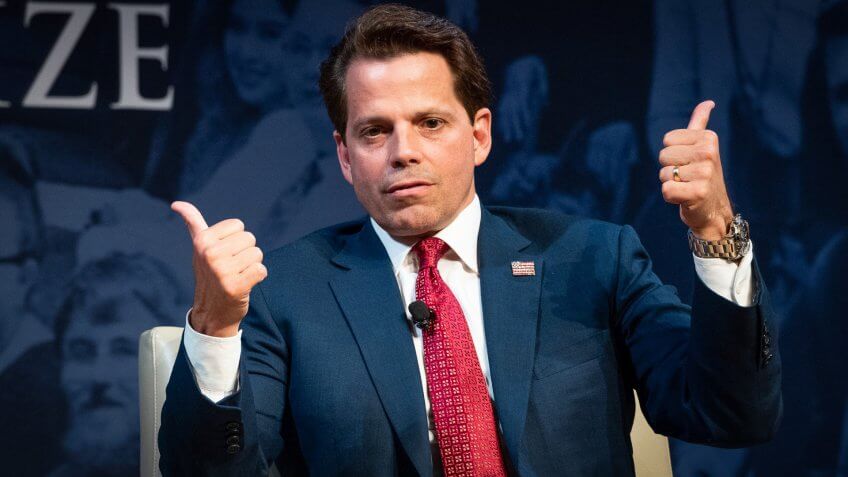 Inside This Year’s SALT Conference — aka ‘Davos in