Growing up, we make lots of mistakes. In hindsight, most of them are pretty stupid. They may include dyeing your hair pink, getting a tattoo you regret or that one night you wish you could forget (if it weren’t for those darn photos).

I’ve made my fair share of mistakes, too. I’m not proud of most of them. But, now that I am getting older, I realize they are just part of growing up. Fortunately, most have taught me lessons and formed me into the woman I am today.

Read More: The 5 Things We Should Have Learned in School — But Didn’t

However, one mistake stands out above the rest. It was my biggest life lesson of all, and it took more than 10 years for me to overcome. The mistake I am referring to is my bankruptcy.

It’s Fun — Until You Get the Bill

In my 20s, I was a carefree spender. To me, a credit card was a free pass to spend money on whatever I wanted. I received my first card and had so much fun. Then, like magic, the credit card fairy kept sending me more of them, with higher credit limits. Wahoo, I thought, free money. Dinner was on me. I bought new clothes. I had the latest electronics. I just had fun.

Soon, the bills started coming and they didn’t stop. I never took the time to review the interest rates, nor did I watch my balances. As I made those minimum payments, I was getting nowhere — fast.

I was in a relationship during that time, and we had two incomes, so things were OK. But, then that fell apart too. I suddenly found myself drowning in debt, unsure of how I was going to support myself. I really knew I had hit rock bottom when I had to buy groceries on credit. In my eyes, there was only one solution to my problem: bankruptcy.

Related: How to Get Free Money When You Need Help Paying Bills

I asked some of my friends who had filed themselves if it was the right thing for me to do. They said that it had worked for them, so that sealed it for me. In August 2002, I left the courthouse bankrupt. I thought I had done it. I no longer had to worry about those bills. I knew my credit was no longer any good, but I did not care. I just wanted the bills gone.

The following June, I married my husband and we began our lives together. Then, slowly, I started to see our debt begin to increase. But again, we were both working, so I didn’t feel the pain. And, since I wasn’t out using a credit card, I thought it was OK. I didn’t look at our bills as debt (which was my first mistake).

In September 2003, our first daughter was born. We both agreed that when we had kids, that I would quit my job and stay home to take care of them. That’s when it all started. I was in charge of the budget (or what I thought was a budget, but was just a list of bills I had to pay). I began having to rob Peter to pay Paul. I sometimes tapped into the home equity loan to get things I thought we needed.

We kept going like this for the next couple of years. It was tough some months, but we managed. In March 2007, along came our son, and our money situation got tighter and tighter. That fall, we just couldn’t do it anymore.

After talking with a friend, we realized it was time for a change. Something had to give. We decided to get out of debt “the right way,” which meant paying it off ourselves. No easy way out, this time.

When we started this process, I was beating myself up, wondering why had I done this again. Ugh. I had gotten out from beneath a mountain of debt several years earlier, but now here I was, doing it again. I knew this had to be the last time. I had to do a lot of self-analysis and figure out what was really going on.

That is when I realized: Bankruptcy was not the answer. It taught me nothing. I never took the time to figure out why I had built up that debt. Growing up, money was tight and while we had the things we needed and didn’t really go without food, I did not have money like many of my friends. That credit card made me equal to my rich friends. I was finally able to live like they did. It was my ticket to what I thought was the good life. But, it turns out it wasn’t the good life at all. Instead, it was the broke life.

After some time, I figured it out. I learned that what made me happiest of all were not the things in my life, but the people in it. I had shopped before to fill a void in my relationship. I also grew up. I no longer felt the need to compete with anyone. Once I came to terms with these issues and figured out how to address them, a weight was lifted.

This time around, I did it (well, my husband and I did it): I changed my attitude about money and I’ve never looked back.

Read More: Amex Canceled My Card and It Was the Best Thing to Ever Happen to Me 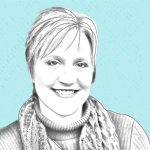 Tracie Fobes and her husband worked together to pay off more than $37,000 of debt in just 27 short months -- on a single family income! She's been featured on "Good Morning America" and in US News & World report. A Complete Guide to Filing for Chapter 7 Bankruptcy: Cost,

This bankruptcy filing liquidates assets to pay off debts.