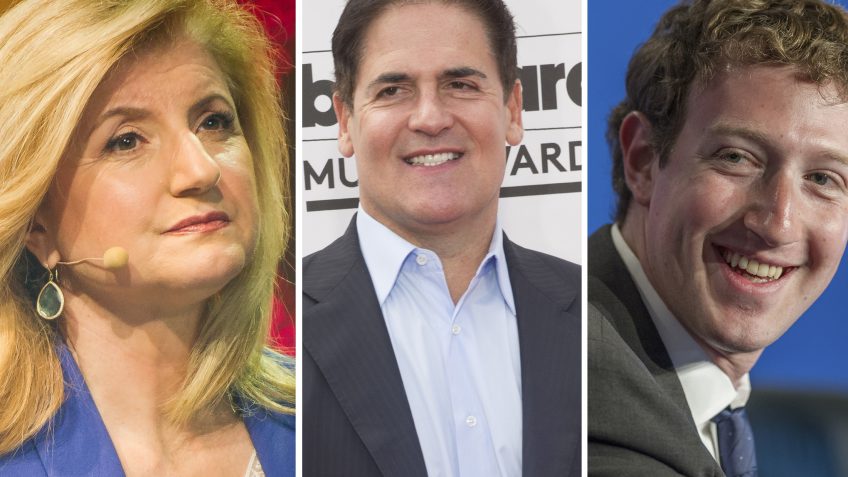 Each year, New Year’s Eve marks the beginning of the end for a lot of people — or at least that’s their intention. People vow to drop their bad habits, live healthier, work harder and spend smarter. Here are the New Year’s resolutions 10 successful people have made and the lessons you can learn from them. 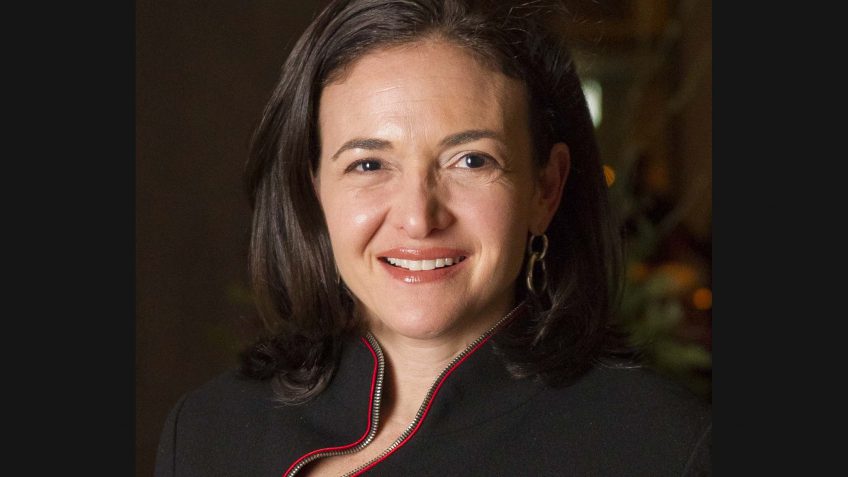 1. Sheryl Sandberg: Have Your Friends Hold You Accountable

Facebook’s Chief Operating Officer Sheryl Sandberg committed to setting aside five to 10 minutes for meditation every day. It’s a commitment she admitted she made and failed to keep for several years. In a Huffington Post article, Sandberg explained she was optimistic about succeeding this year because she had discovered the key to keeping New Year’s resolutions was to get her friends involved and have them hold her accountable.

When you’re struggling to achieve your personal, professional or financial goals, having the help of others can make a real difference. Ask family or friends to help you out and hold you accountable for your goals. 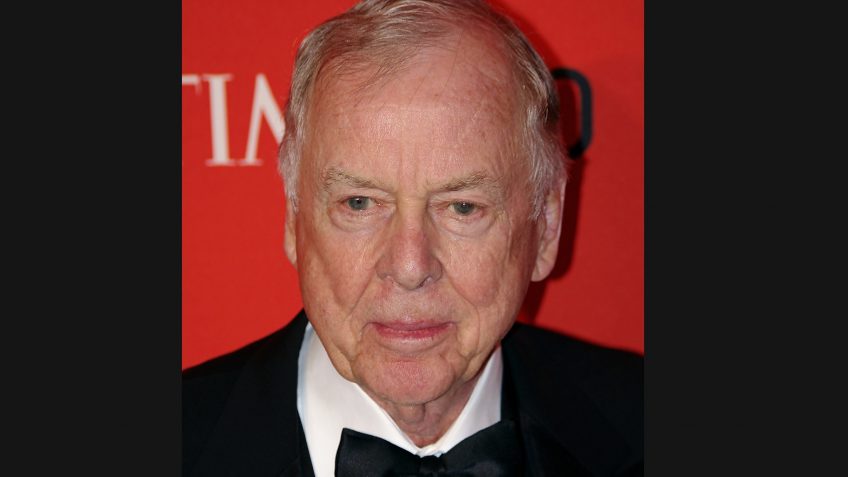 T. Boone Pickens, an oil and gas tycoon and self-made billionaire, grew up in a household where everyone worked, including him. So he pledged to keep working. At age 84, the self-made billionaire has given up many things he enjoyed — like golfing and hunting. But when it comes to quitting work, he’s planning to “go out in a box” the Dallas Morning News reported.

When you enjoy what you do, there’s no reason to retire solely because you reach a certain age or financial status. Take your emotional and mental preparedness into consideration before deciding you’re ready to retire. 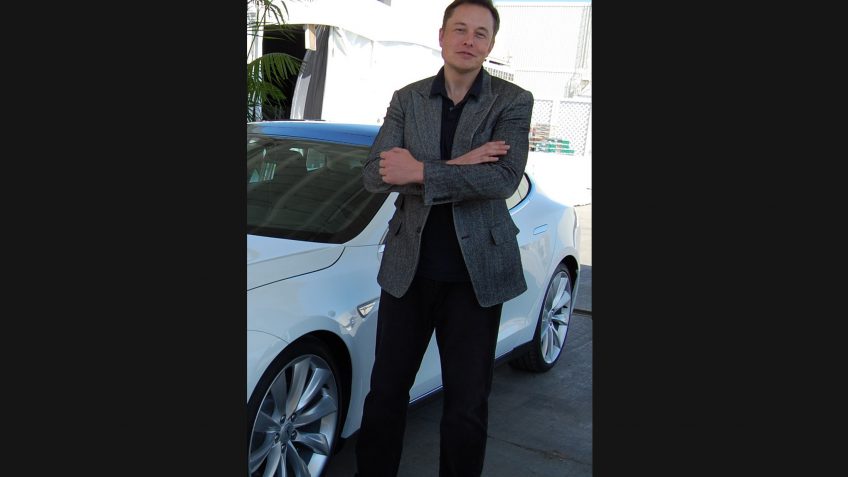 Elon Musk is the CEO of Tesla Motors with bragging rights including founding PayPal and Tesla. It’s an understatement to say he’s accomplished a lot. And according to his finances, he’s been handsomely rewarded for his hard work too. But Musk admitted that it has been tiring, he doesn’t get to see his kids enough and hasn’t been enjoying his life. In 2013, he told a crowd at SXSW, the past year sucked, so he planned to “take it down a scootch,”and have more fun, Vanity Fair reported.

You should always keep our professional and financial goals in perspective. All work and no play can wreck your life by having serious negative effects on your health, relationships and productivity. 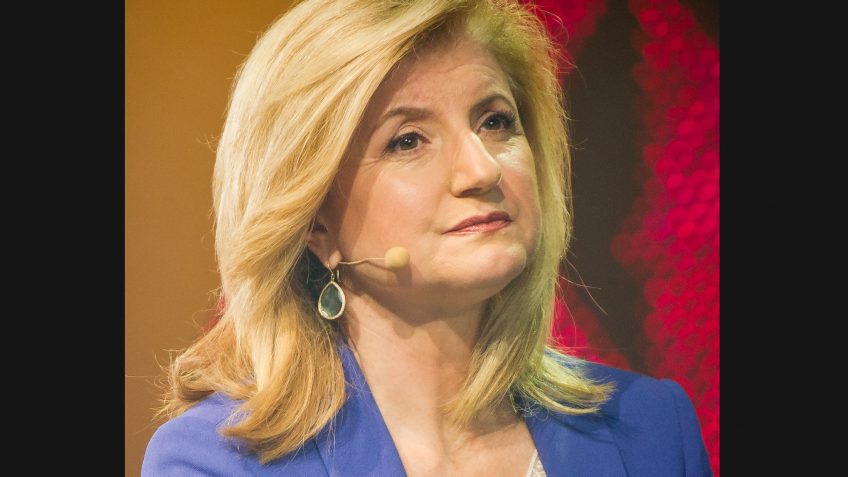 4. Arianna Huffington: Use Money to Make a Difference

Arianna Huffington, co-founder and president of Huffington Post, and a group of friends decided moving money to smaller banks could help resolve Americans’ problems accessing credit. In a Huffington Post article, she explained that small banks have a better track record of caring for the needs of the communities they serve. But like the people, community banks were struggling and many had closed or been taken over after the financial crisis. Huffington said starting a movement to shift money to those banks would help them get the capital they need to help their communities.

You shouldn’t forget that you can use your money to send a message and support your causes. And depending on what those causes are, you can make a difference close to home. 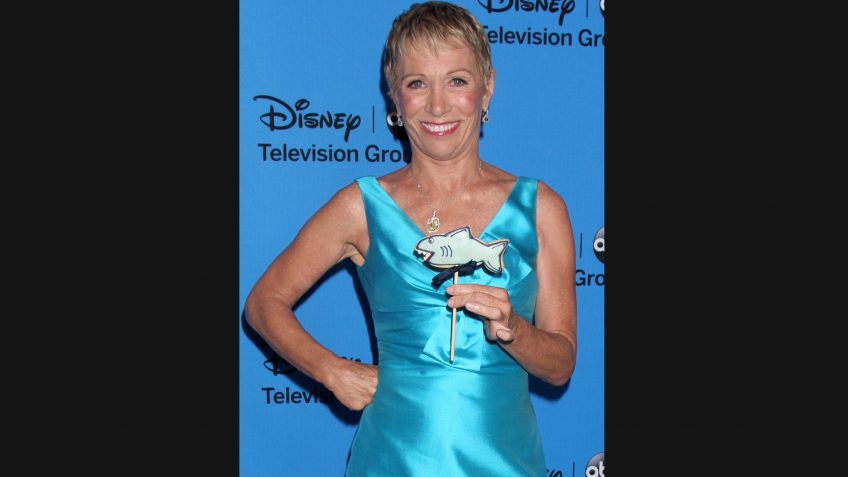 Make more time for the people — and hobbies — that you love. Every aspect of your life can benefit from the happiness spending more time with friends and family brings. 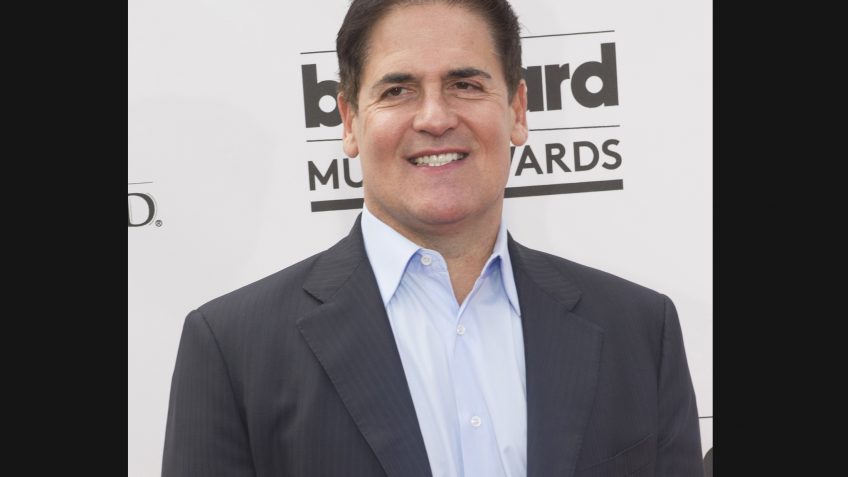 6. Mark Cuban: Don’t Let Obstacles Get in Your Way

Mark Cuban, billionaire businessman and owner of the Dallas Mavericks, previously vowed to “get back on the court.” This New Year’s resolution reportedly followed the “Shark Tank” star having two hip surgeries within seven years, but The Inquisitr said he decided he wouldn’t allow his physical challenges to stop him from being active.

You can all take a cue from Cuban and avoid allowing your setbacks to become permanent obstacles. From physical obstacles to mental barriers — don’t let anything hold you back from doing what you love. 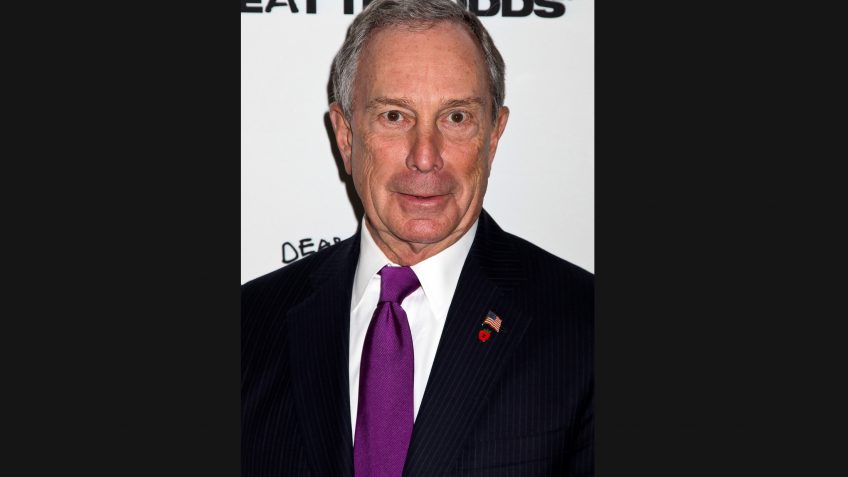 Michael Bloomberg, founder and CEO of Bloomberg LP, showed an interest in the New York technology scene when Codecademy launched Code Year in 2012, an initiative pushing people to learn coding. Bloomberg accepted the challenge, making it his New Year’s resolution. The media questioned what he would do with his newly learned skills, but the fact that he took initiative to learn something new is admirable in itself.

You should all challenge yourselves to continually sharpen and expand your skills. Even if you don’t need what you learn today, you never know how it might benefit you — or your salary — in the future. 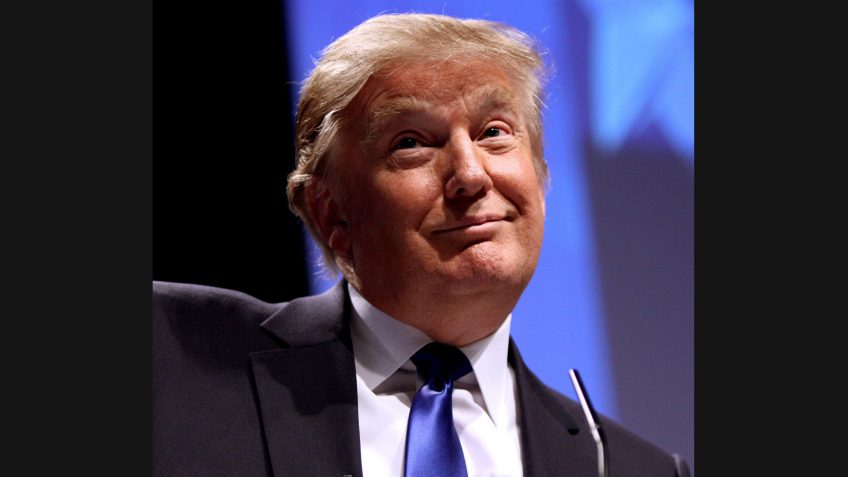 Acknowledging a run of success, billionaire businessman Donald Trump made it his resolution to keep it up. “Whether it’s ‘The Apprentice’ or the real estate world or whatever we’re doing, we just want to keep it going,” Trump explained in an interview with Pittsburgh’s WPXI.

Achieving your goals is one thing but maintaining the results is another. You never want to get so comfortable that you drop the ball or stop pursuing new goals. 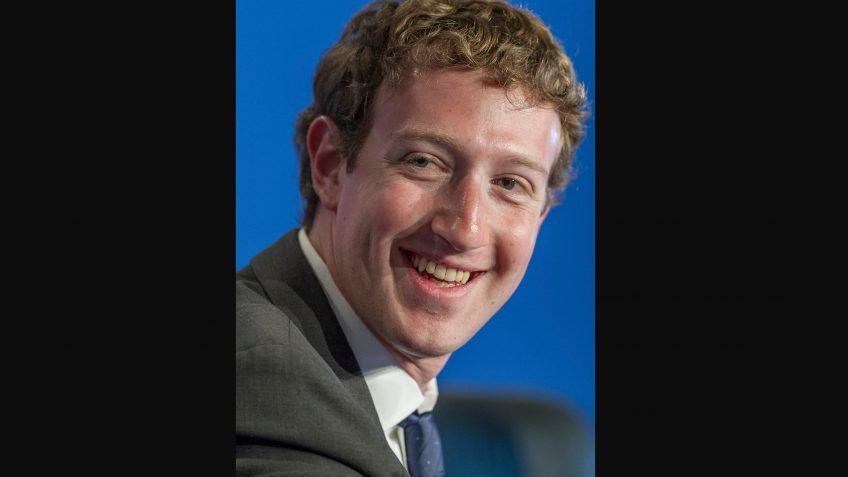 Facebook founder Mark Zuckerberg vowed he would stick to a vegetarian diet unless he killed the meat himself. The idea came after he hosted a pig roast where some guests said they enjoyed the meat but didn’t want to think about the fact it was once a living animal. Zuckerberg found that idea irresponsible and made this New Year’s resolution to remind him to be thankful for his food.

Instead of always focusing on what you don’t have or what you want to get, you should spend more time being grateful and find ways to show your thanks. 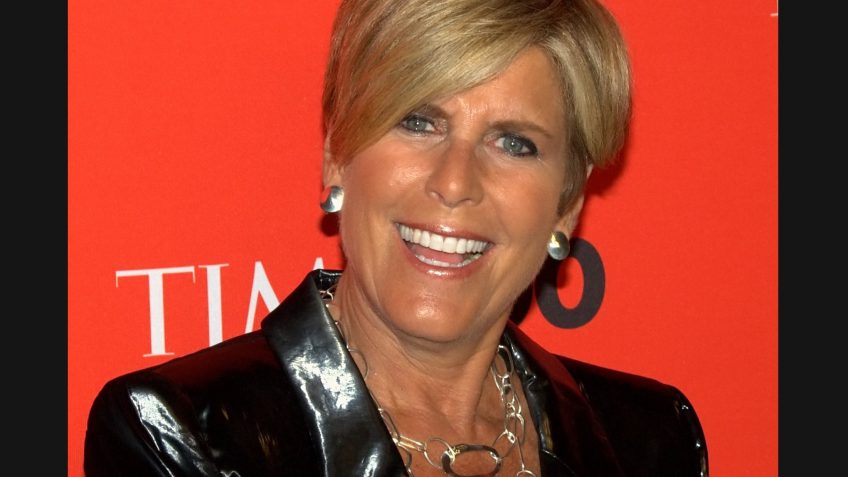 Personal finance guru Suze Orman believes resolutions are like diets — short lived. Just a few weeks into the year, many people are already struggling, if they haven’t completely abandoned their newly set goals.

So instead of making a commitment every year on the same day as part of a tradition, Orman believes in living every day like New Years. By doing so, you’re not waiting for some future date to hit the reset button and start making improvements. You’ll view every as a fresh opportunity to set out on the path to success. 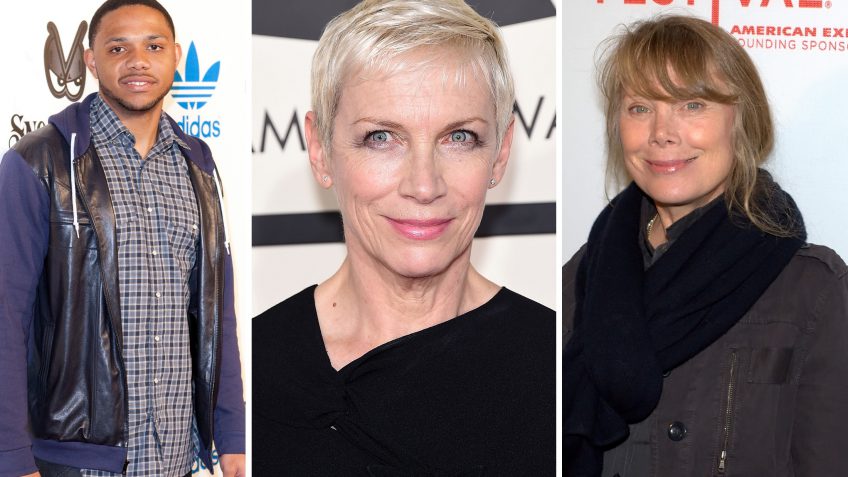