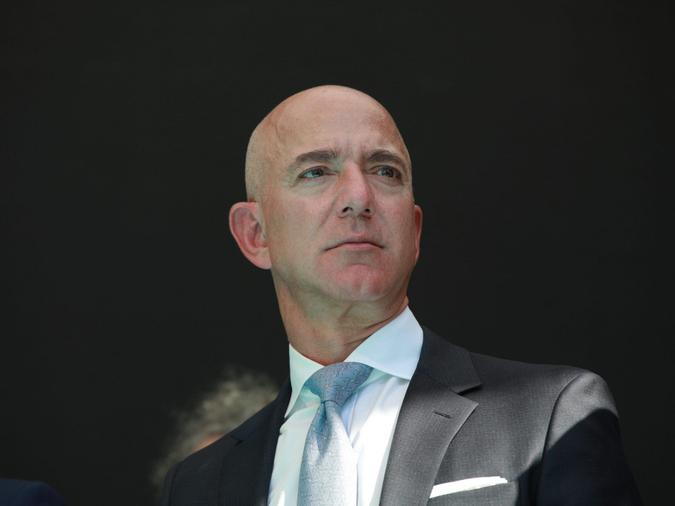 You may be surprised to learn that $1.7 million for Jeff Bezos is the same as $1 for the average American. With a net worth of $211.4 billion, according to Forbes Real-Time Billionaires List, he is the wealthiest person in the world.

He Doesn’t Earn a Huge Salary from Amazon

His annual salary from Amazon in 2020 was $81,840, which qualifies as a middle-income wage in his home state of California. In 2020, he took no bonuses, stocks or options, however, he earned $1,600,000 from “other types of compensation,” according to the website Salary.com.

Most Of His Net Worth Comes from Amazon Stock

His increase in wealth in 2020 came largely from Amazon stock prices, which rose from $3,055 this time last year to $3,646 this morning. Bezos owns 10.3% of Amazon shares, Forbes reports.

Taking into account his rising net worth over the past few years, Bezos makes about $8.99 billion per month, $2.25 billion per week, or $321 million per day, according to Vizaca.com.

If you want to know how much Bezos makes per second, you might be shocked. Vizaca breaks down the calculations to report that Bezos makes $3,715 per second. That’s more than the median full-time weekly wage for most Americans, which is $984 per week, or $24.60 per hour, according to the Department of Labor Bureau of Statistics.

And it’s definitely more than the median wage for Amazon workers, which was just $29,007 per year or $557.82 per week in 2020, based on Business Insider figures. Bezos made 58 times that in 2020 from Amazon compensation alone when you factor in his $1.6 million in “other compensation.”

Bezos is the First Person with $200 Billion

In August 2020, Bezos became the first person to achieve a net worth of $200 billion, exceeding French billionaire Bernard Arnault and Tesla and SpaceX CEO Elon Musk. Bezos lost the crown of the richest person in America briefly to Musk in January 2021 but was back on top in spring 2021 when his net worth once again exceeded the $200 billion mark as Amazon share prices rose.

See: Numbers Behind the Modern-Day Space Race: Why Billionaires Are Obsessed With Going To Space and How Much They’re Spending
Find: Where Jeff Bezos, Elon Musk and 49 Other CEOs Went To College

Bezos founded private space travel company Blue Origin in 2000 and has been spending $1 billion of his own money per year on the company, according to MarketWatch. This summer, Bezos and three other passengers took an 11-minute flight on the Blue Origin vessel, New Glenn, crossing the 62-mile high boundary commonly accepted as the border between earth’s atmosphere and outer space. The flight cost more than $2.5 million per minute. The highest-priced ticket went to Oliver Daemen, who secured the fourth seat for a price of $28 million in a charity auction, according to the El Paso Times.