Arianna Huffington is in the business of making headlines. A natural wordsmith with a keen entrepreneurial sense, she built the Pulitzer Prize-winning Huffington Post from the ground up.

Now 66 years old, Huffington has reached an age where many Americans retire, but this wealthy, powerful woman shows no signs of slowing down. Take a look at her net worth and her rise to media mogul status.

Born in Greece, Arianna Huffington spent her childhood dreaming of attending England’s prestigious Cambridge University, which would later become her alma mater. After spending time in London, she immigrated to New York City in 1980 and married Michael Huffington six years later. The couple had two children — Christina and Isabella — before divorcing in 1997.

Named No. 70 on Forbes’ 2016 Most Powerful Women list, a significant amount of Arianna Huffington’s net worth is tied to the 2011 sale of the Huffington Post. AOL purchased the company for more than $300 million. She collected at least $21 million from the sale, according to Forbes.

Based in New York City, Huffington lives in a lavish SoHo apartment. She purchased the three-bedroom, more than 4,000-square-foot luxury loft for around $8 million in 2012, according to the New York Post.

Much of Arianna Huffington’s early career was spent as an author. Her library of titles available for sale on Amazon dates back to “The Female Woman,” released in 1974.

Huffington gave politics a try in 2003, running an unsuccessful bid for governor of California against Arnold Schwarzenegger. In a 2010 interview with Inc., she revealed that most of her campaign funds — nearly $1 million — were raised online.

Next up was the Huffington Post, which she founded in May 2005. She served as the president and editor-in-chief until August 2016.

These days, Huffington works as the CEO of Thrive Global, a company she founded in 2016. Thrive Global is a platform designed to help employers boost staffers’ well being and quality of life. Thrive Global offers workshops, e-courses and certification programs to businesses globally. Also an e-commerce platform, the Thrive Global website offers a curated collection of nutrition, skincare and technology products designed to promote health.

While many gave up on the troubled CEO long ago, Huffington stood by him and publicly touted his recovery. While speaking at the iCONIC conference in June, she told the crowd that Kalanick had recently started meditating.

She’s emerged as a highly visible Uber advocate, reassuring both employees and the public that the ride-sharing company will reinvent itself. Huffington was present at the June 13 Uber staff meeting where Kalanick announced his leave of absence. She gave a passionate speech, addressing everything from the company’s newfound no-tolerance harassment policy to the dangers of burnout at that meeting.

On June 21, Kalanick resigned from Uber. That same day, the New York Post reported that Huffington was pushing for Sheryl Sandberg to take his place as CEO.

Arianna Huffington’s net worth isn’t just tied to her eponymous news site. She’s also a best-selling author with 15 books to her name.

Released in 2016, her latest book, “The Sleep Revolution: Transforming Your Life, One Night at a Time,” focuses on the importance of getting enough rest each night. A topic that resonated with many, Arianna Huffington’s sleep book is a New York Times best-seller.

No stranger to popular books, her 2015 hit “Thrive: The Third Metric to Redefining Success and Creating a Life of Well-Being, Wisdom, and Wonder” debuted in the No. 1 spot on the New York Times best-seller list. Written after she suffered a fall from exhaustion, the personal finance book encourages people to redefine their definition of success.

Huffington also wrote “Pigs at the Trough: How Corporate Greed and Political Corruption Are Undermining America” in 2004. The book offered a glimpse at the greed powering corporate America. 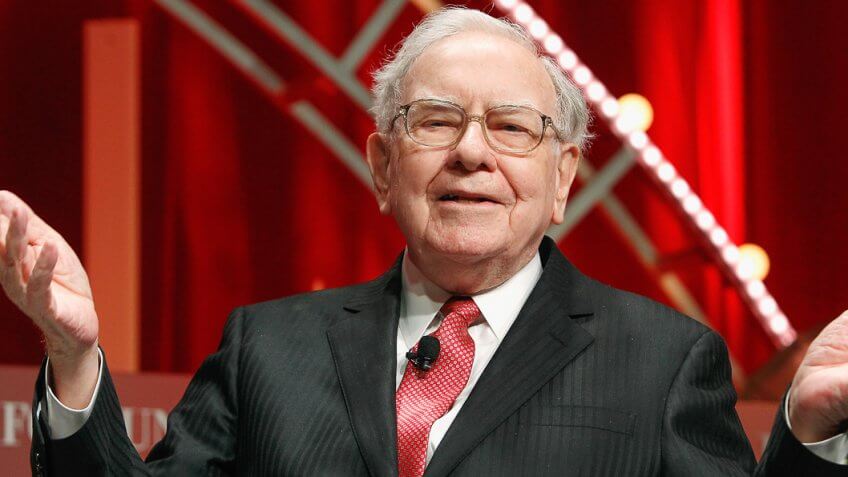 We Found Out What’s in Warren Buffett’s Wallet

Warren Buffett might have billions in the bank, but what does he keep in his wallet?