For 19 of the past 24 years, Bill Gates has held court at the top of Forbes’ Billionaires List, because he’s extraordinarily affluent — even by rich people’s standards. In fact, he dominated the No. 1 spot on the Forbes 400 list of richest Americans for 24 years, until Oct. 3, 2018 when he was ousted by Amazon CEO Jeff Bezos, moving his ranking to No. 2.

So, exactly how much is Bill Gates worth? Keep reading to get the scoop on the Microsoft mogul’s fortune.

Click to find out if Bill Gates or another billionaire is America’s favorite.

Considering Microsoft Office — only one of the company’s products — is used by more than 1.2 billion people in 140 countries as of October 2017, it’s not hard to understand why Bill Gates’ net worth is so high. His involvement in the software giant he co-founded is currently limited to technology adviser and board member.

Microsoft’s CEO until 2000, Gates traded the top title for the role of chief software architect until 2008, when he shifted away from his daily work at the company to dedicate more time to his charity, the Bill & Melinda Gates Foundation — one of billionaire Warren Buffett’s favorite charities. Gates stepped down as Microsoft’s chairman of the board in 2014.

Maybe destined to become the richest man in America from birth, Gates’ knack for computers dates back to childhood. In 1967, 12-year-old Gates met his future Microsoft co-founder Paul Allen while the two were students at the Lakeside School — an exclusive private school in Seattle. The next year, they started programming together in the school’s computer center, forming a partnership that would one day be worth billions.

After graduating from high school, Gates enrolled at Harvard University in 1973. Two years later, he convinced MITS — the company behind the world’s first personal computer — to let him develop software for its MITS Altair computer, for which he was paid $3,000 plus royalties.

A busy year for Gates, he also founded Micro-Soft in 1975. He and Allen changed the company’s name to Microsoft the next year and by 1978, the company’s year-end sales exceeded $1 million.

Would You Be Rich? How Much Is Microsoft Worth?

Where Did Bill Gates’ Money Come From?

As expected, the bulk of Bill Gates’ money comes from Microsoft. Along with Paul Allen, he took the software company public on March 13, 1986, and investors couldn’t wait to get a piece of it. During the IPO, Gates made just $1.6 million on the shares he sold, but his 45 percent stake in the company gained a market value of $350 million.

Now the leading software company in the world, Microsoft has a market cap of $507.5 billion, as of May 2017. Ranked by Forbes as the second-most powerful brand in the world, behind only Apple, the company has the highest possible consumer perception score.

Overseeing a fortune the size of Gates’ is a full-time job, which is handled by Cascade Investment, his personal wealth-management firm. Run by Michael Larson, the firm manages both the Microsoft co-founder’s private wealth and the endowments of the Bill & Melinda Gates Foundation Trust.

See the Future: 11 Billionaires Like Gates With Big and Bold Ideas

Now that the question, “How rich is Bill Gates?” has been answered, you’re probably curious about how he spends his money — particularly when it comes to housing.

Gates married Melinda French in 1994. They have three children, and the family lives in a mansion in Medina, Wash., that cost $60 million to build in the 1990s. By 2009, it was assessed at $147.5 million. Nicknamed Xanadu 2.0 by the billionaire, Bill Gates’ house took seven years to build.

In addition his 66,000-square-foot compound — which boasts seven bedrooms, 24 bathrooms, a 2,300-square-foot reception hall and a 2,100-square-foot library — he also spent $14.4 million buying up surrounding properties for privacy.

He’s the richest man in America, but Gates shares his wealth with those in need. Along with his wife, he launched the Bill & Melinda Gates Foundation in 2000.

A trustee of the foundation, billionaire Warren Buffett pledged $30 billion in Berkshire Hathaway stock to the nonprofit in 2006. He funds his gift in annual installments, and in July 2017, he donated $2.42 million to the Gates foundation.

Headquartered in Seattle, the Bill & Melinda Gates Foundation employs more than 1,450 people in eight locations across the globe. The nonprofit provides support to grantees in all 50 states and Washington, D.C., along with more than 100 countries internationally.

Some of the foundation’s 2017 initiatives included granting more than $6 million to PATH, an international nonprofit focused on global health innovation, for vaccine delivery and $2 million to the New Teacher Center in Northern California, which provides educators with support and resources.

Not surprisingly, the bulk of Bill Gates’ money is going to charity. In 2010, Bill and Melinda Gates joined Warren Buffett to create the Giving Pledge, which invites billionaires to pledge the majority of their wealth to charity. As of 2017, 170 billionaires had agreed to commit their fortunes to the greater good.

Click to keep reading about Warren Buffett and 14 other celebs who donate millions to charity. 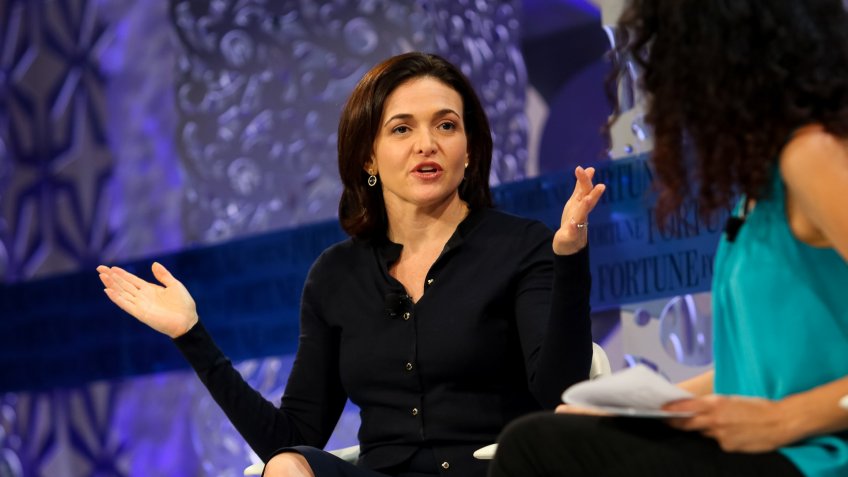 Facebook’s COO and 27 Other Powerful Women Worth Billions

See the net worths of these leading women in business.