Elon Musk’s Net Worth Drops Below $200 Billion Again as Tesla Stock Continues To Struggle — Is It Time To Sell? 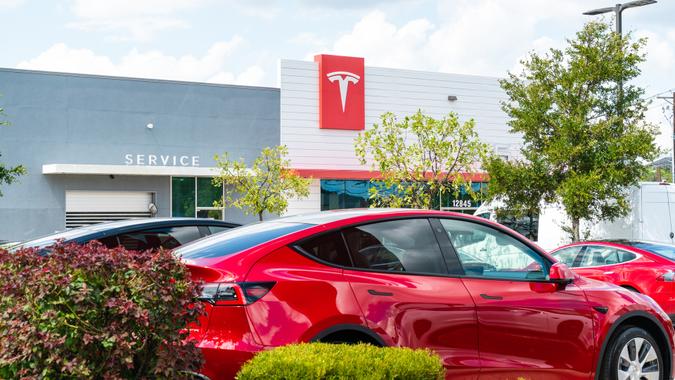 Elon Musk, still the richest man on the planet, saw his net worth drop below $200 billion once more to $193 billion, as Tesla stock continues its fall due to an accumulation of challenges.

Find Out: In Less Than a Decade, You Won’t Be Able To Afford a Home in These Cities
Shop Smart: 10 Dollar Store Items That Aren’t Even Worth the Buck

This brings Musk’s net worth down 28.7% year-to-date, and to put this figure in perspective — it is equivalent to 0.92% of the United States’ GDP, according to the Bloomberg Billionaire Index.

Tesla’s stock has been facing massive pressure due to a slew of recent challenges, including Musk’s $44 billion “on hold” Twitter deal. That has been bringing Tesla’s stock down due to investors’ worries that Musk may potentially be overextending himself between his numerous companies as well as other financing factors — such as equity financing.

The company also faces supply chain issues due to China’s COVID-19 lockdown policies and was kicked out from the S&P 500 ESG Index earlier this month. “While Tesla may be playing its part in taking fuel-powered cars off the road, it has fallen behind its peers when examined through a wider ESG lens,” according to an S&P report

Adding further pressure, the Twitter annual shareholder meeting — slated for May 25 — is expected to spark some “fireworks between Musk and the Twitter board,” according to analysts, who say the meeting will be the “circus show’s next stop.”

“This circus show has been a major overhang on Tesla’s stock and has been a black eye for Musk so far on how he has handled this spiraling situation, in our opinion, with the world watching,” Wedbush Securities analyst Dan Ives told GOBankingRates.

“We believe with the Twitter shareholder meeting on the horizon and approval for the deal expected, Musk is facing a fork in the road situation in which he has to decide his next step in this soap opera as Tesla investor patience is wearing very thin,” Ives added.