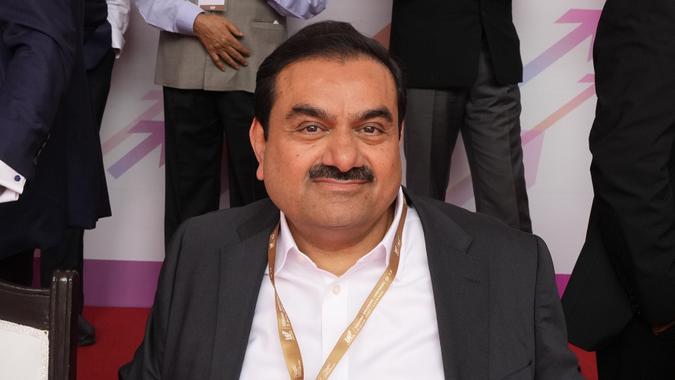 There’s been a bit of a race at the top of the Bloomberg Billionaire Index as of late — and Adani Group co-founder Gautam Adani has reached the No. 3 spot. That position places him behind Tesla and SpaceX CEO Elon Musk and Amazon founder Jeff Bezos.

Adani jumped ahead of Bernard Arnault, the French owner of LVMH, who previously held the No. 3 spot. Adani also holds title of the richest person in Asia. It is the first time, according to Bloomberg, that an Asian person achieved one of the top three slots on the billionaires list. While Bloomberg has Adani in the third spot, not every publication agrees with this ranking — Forbes, as of Sept. 1, has Adani trailing Arnault in fourth position.

Who is Gautam Adani and How Much Is He Worth?

Adani co-founded the Adani Group, the largest port operator and coal trader in India. In the past year, Adani’s estimated net worth spiked from $71.4 billion to $143 billion. Adani Group has a revenue of $13 billion, according to Forbes.

In 2020, Adani acquired a 74% stake in Mumbai International Airport, making Adani an infrastructure leader in Asia. In May 2022, he acquired Swiss concrete maker Holcim Group’s business in India. Like Adani, the company is publicly committed to sustainability and innovation, with a plan to create the first net zero cement plant by 2030. Adani, for his part, told Forbes he wants to be the world’s largest producer of green energy — and has plans to invest as much as $70 billion in renewable energy.

Discover: 9 Bills You Should Never Put on Autopay
Zelle Facebook Marketplace Scam: How To Recognize and Avoid This Scam

A self-made billionaire, Adani dropped out of college and established his first business, a commodities export firm, in 1988, according to a Forbes profile. He is 60 years old.