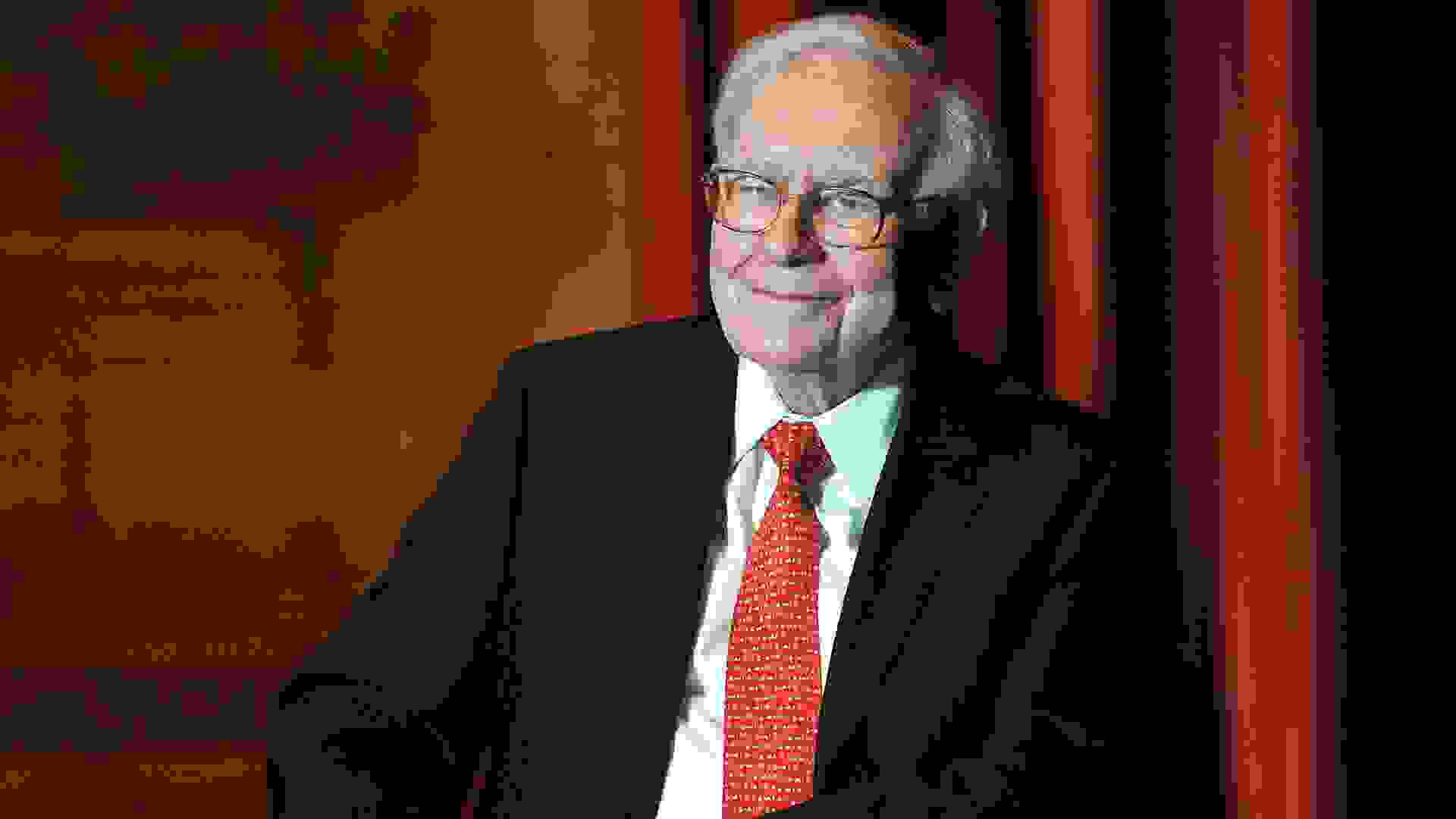 Billionaire Warren Buffett is known as one of the richest investors in the world, with a net worth that seems to grow by the day. But the “Oracle of Omaha” wasn’t always as filthy rich as he is today. In fact, about 99.7 percent of his immense wealth was earned after his 52th birthday.

That doesn’t mean Buffett, 84, was a late bloomer in any sense. He started his financial path toward wealth at a very young age and built his fortune slowly over the years, decade by decade — something we can all do with a little perseverance and a lot of hard work.

Click through to read more about this famous investor and philanthropist’s finances throughout his life. 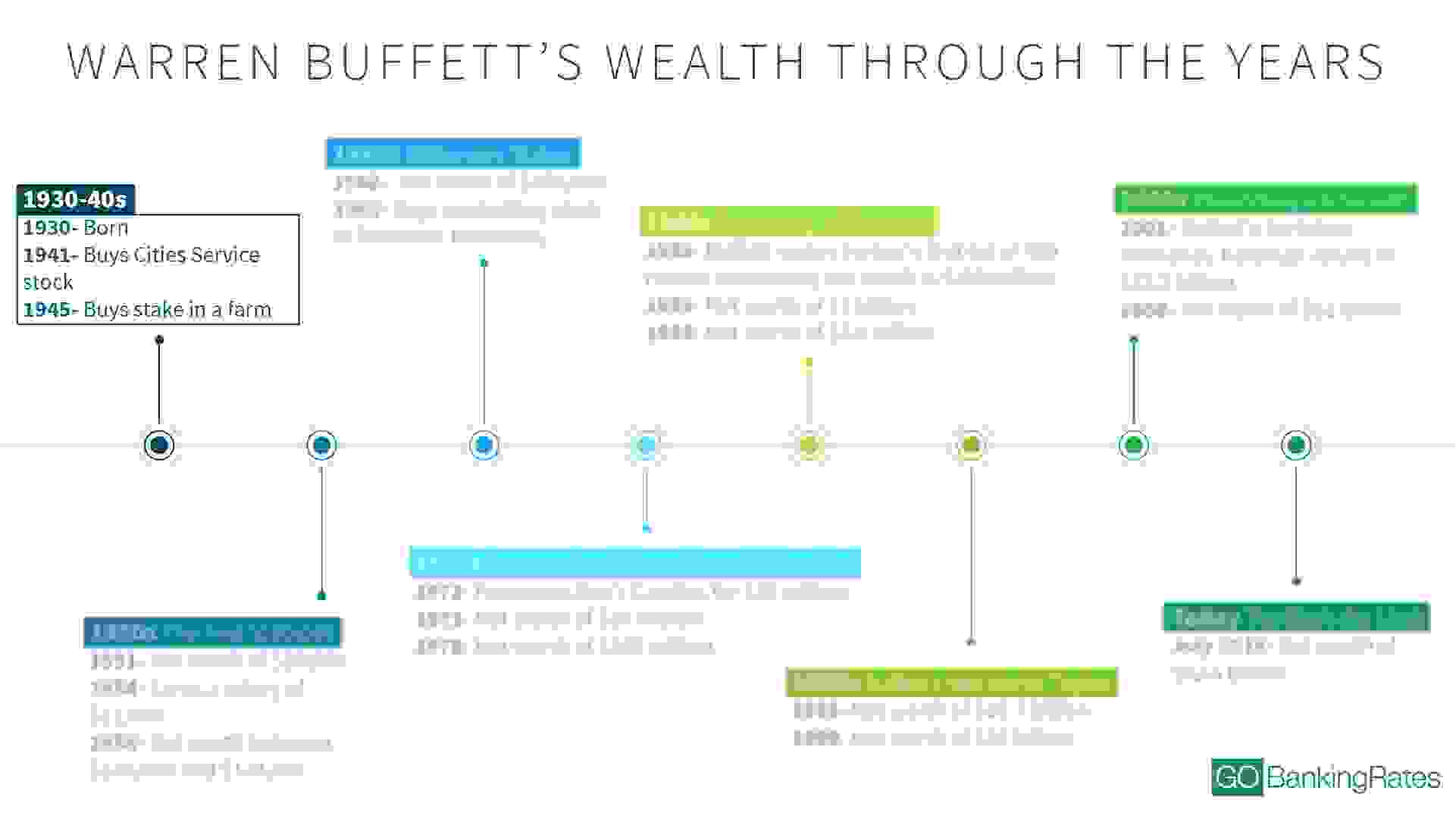 Warren Buffett’s Wealth Through the Years

Buffett was born in 1930, at the height of the Great Depression, and showed a savvy business acumen as a child. At 11 years old, he was already buying stock: multiple shares of Cities Service Preferred for $38 apiece. When he was just a teenager, he filed his first tax return, delivered newspapers and owned multiple pinball machines placed in various businesses. By the time he graduated high school, Buffett had already bought a stake in a 40-acre farm in Omaha, Neb.

Legend has it that during his younger years Buffett once said, quite prophetically, that he would be a millionaire by age 30, “and if not, I am going to jump off the tallest building in Omaha.”

Here’s a look at Warren Buffett’s net worth and earnings and also the median household income provided by data from the U.S. Census Bureau throughout the years. Find out exactly how rich Warren Buffett was at your age and compared with the rest of America during that time. 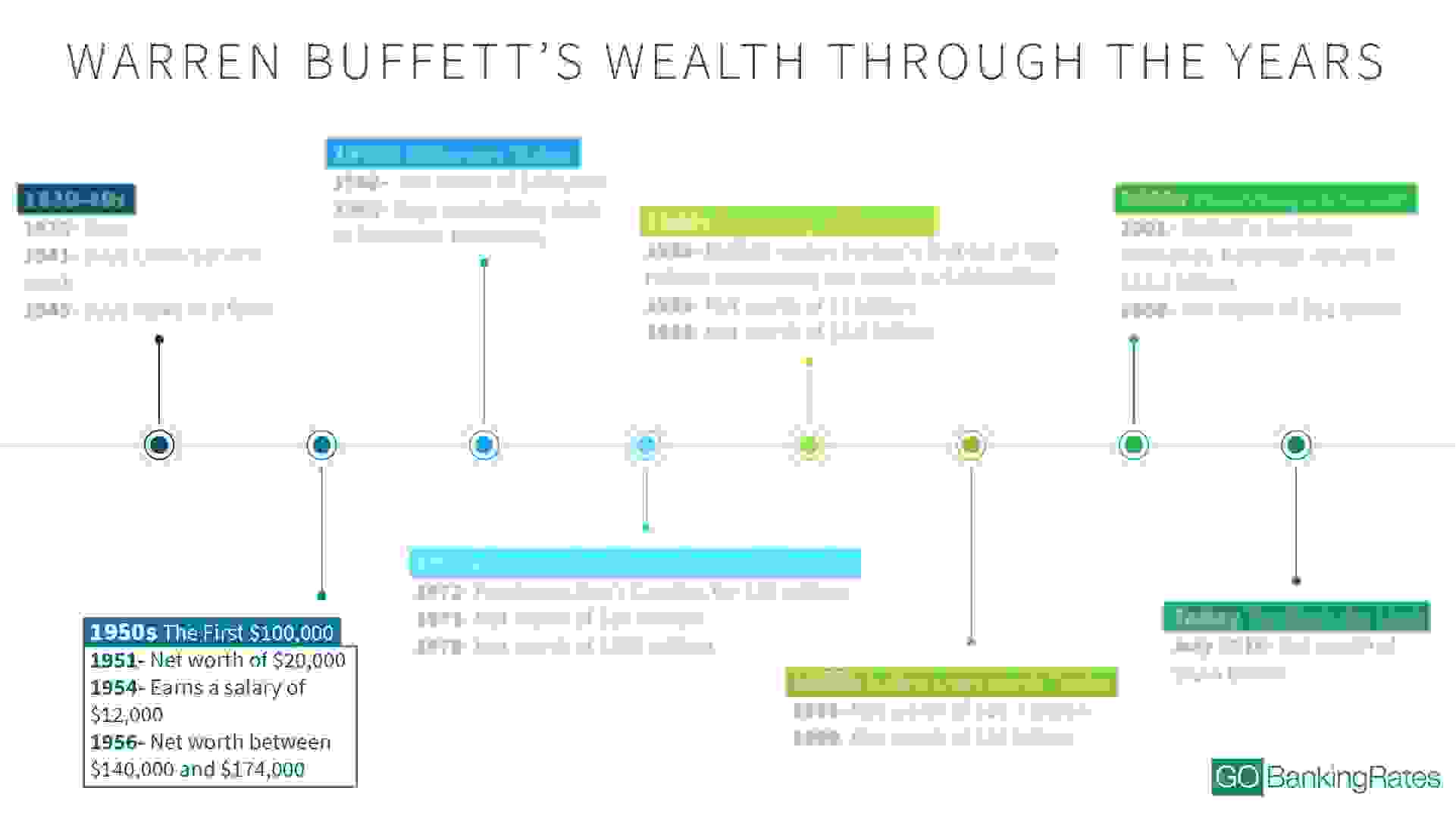 After graduating college, Buffett tried repeatedly to land a job with mentor Benjamin Graham — even offering to work for free — but had to return to Omaha to work for his father as a stockbroker after Graham’s repeated rejections. At age 21, his net worth was just $20,000.

However, after he kept sending investment ideas to Graham, the legendary investor relented and hired Buffett a couple of years later for an annual salary of $12,000 — almost three times the annual median income for the average family in 1954.

When Graham retired just two years later, Buffett took what he had learned and started applying it to an investment partnership he formed with friends and relatives. By the time Buffett reached 26, his net worth was between $140,000 and $174,000. 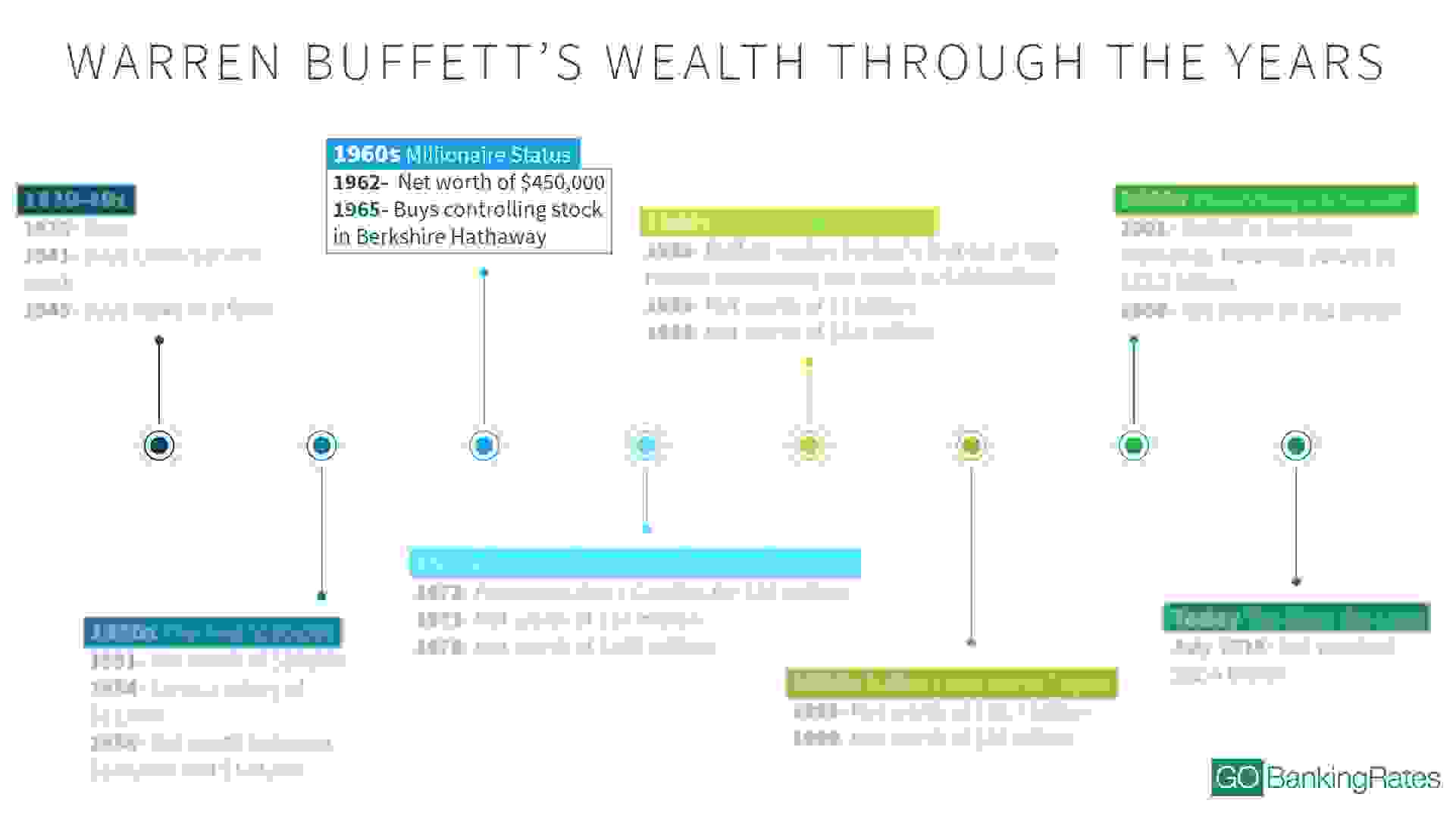 Buffett bought a controlling share of stock in Berkshire Hathaway in 1965, obtaining the company that he would become synonymous with. It also marked the end of the investment partnership that launched Buffett’s career. He closed the partnership to new investors in 1966 and then retired from managing it entirely by 1969. 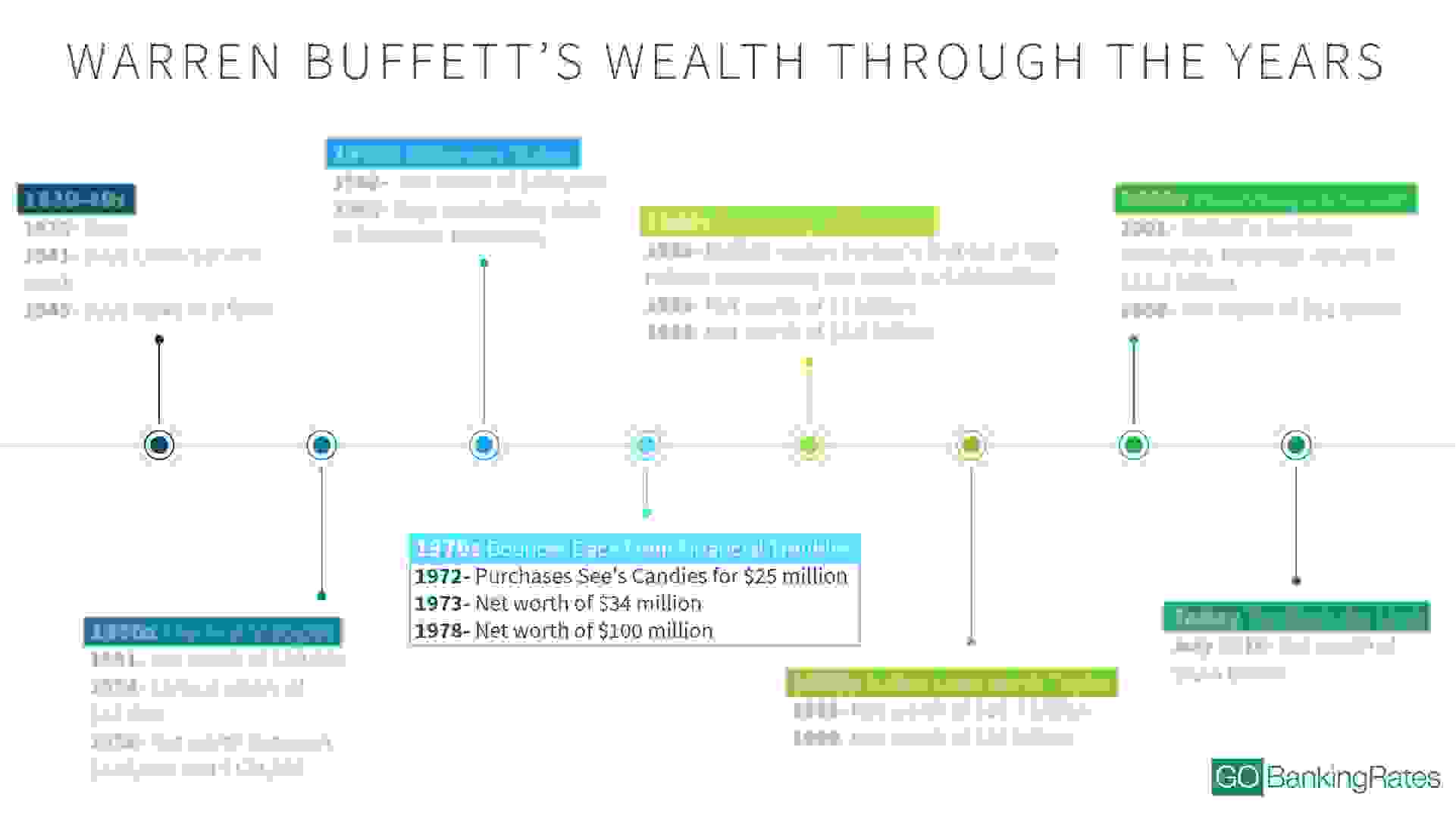 By age 43, Buffett’s personal net worth was at a high of $34 million. In 1972, he purchased See’s Candies for $25 million, and the company would haul in about $2 billion in profits over the next 50 years.

Buffett’s 40s also marked the period during which he first reached the milestone of a personal net worth of $100 million, which he achieved in 1978 at the age of 48 as Berkshire Hathaway continued to grow. By the end of the decade, though, the median U.S. household income was about $21,000 — or something like 4,500 times less than Buffett’s holdings. 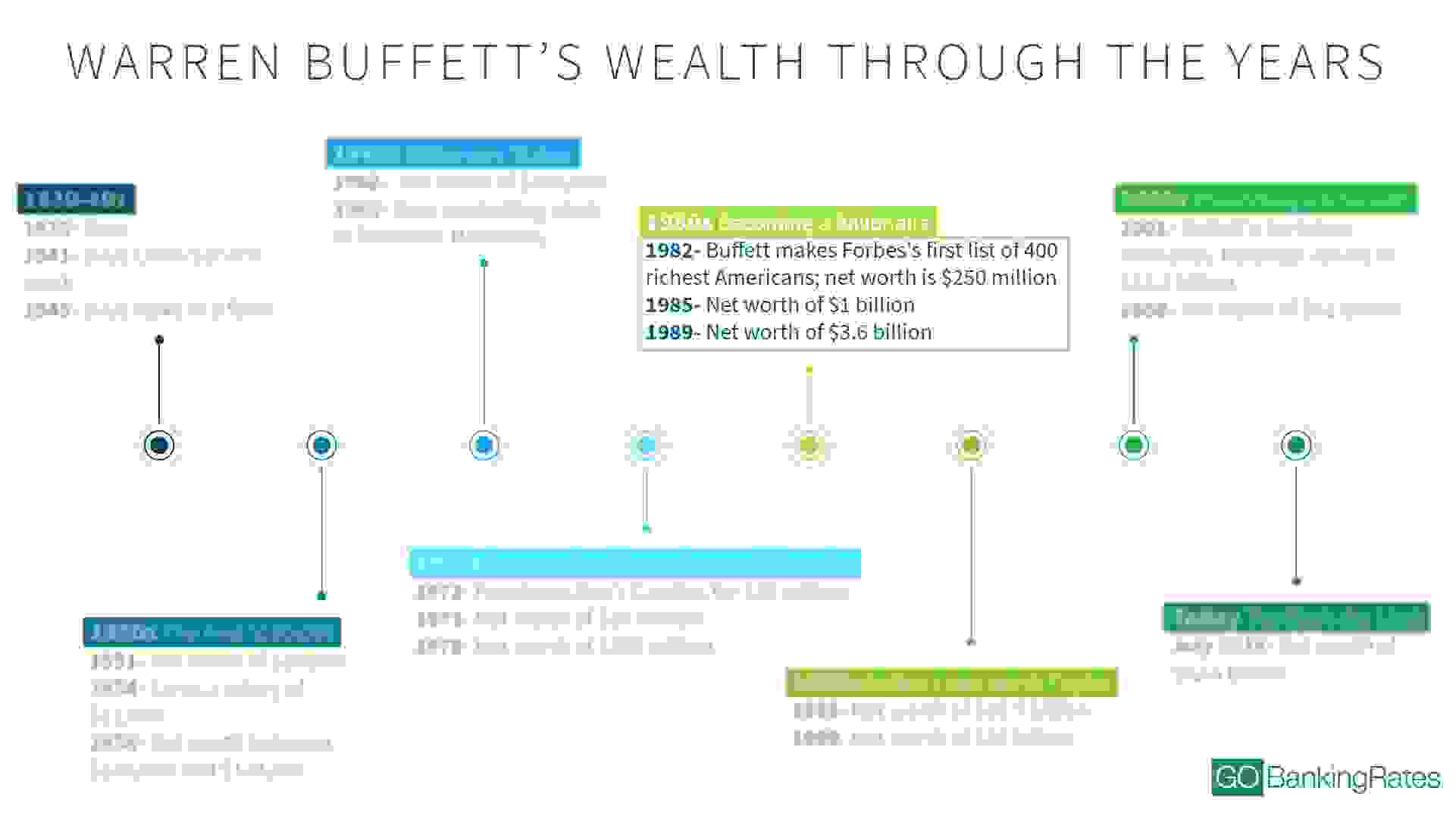 In 1982, when Forbes first printed its list of the 400 richest Americans — a list Buffett has been on every single year of its existence — he was listed with a net worth of $250 million, a quarter of the way to billionaire status. And by 1985, just three short years later, the 55-year-old Buffett had managed the astonishing feat of quadrupling the value of his holdings to get that magical third comma. Meanwhile, the median household income in 1985 was $27,735.

Buffett wasn’t done with the 1980s, though. He would keep building his wealth at an incredible rate and by 1989 at age 59, Buffett was worth $3.6 billion — more than tripling $1 billion in just four years. 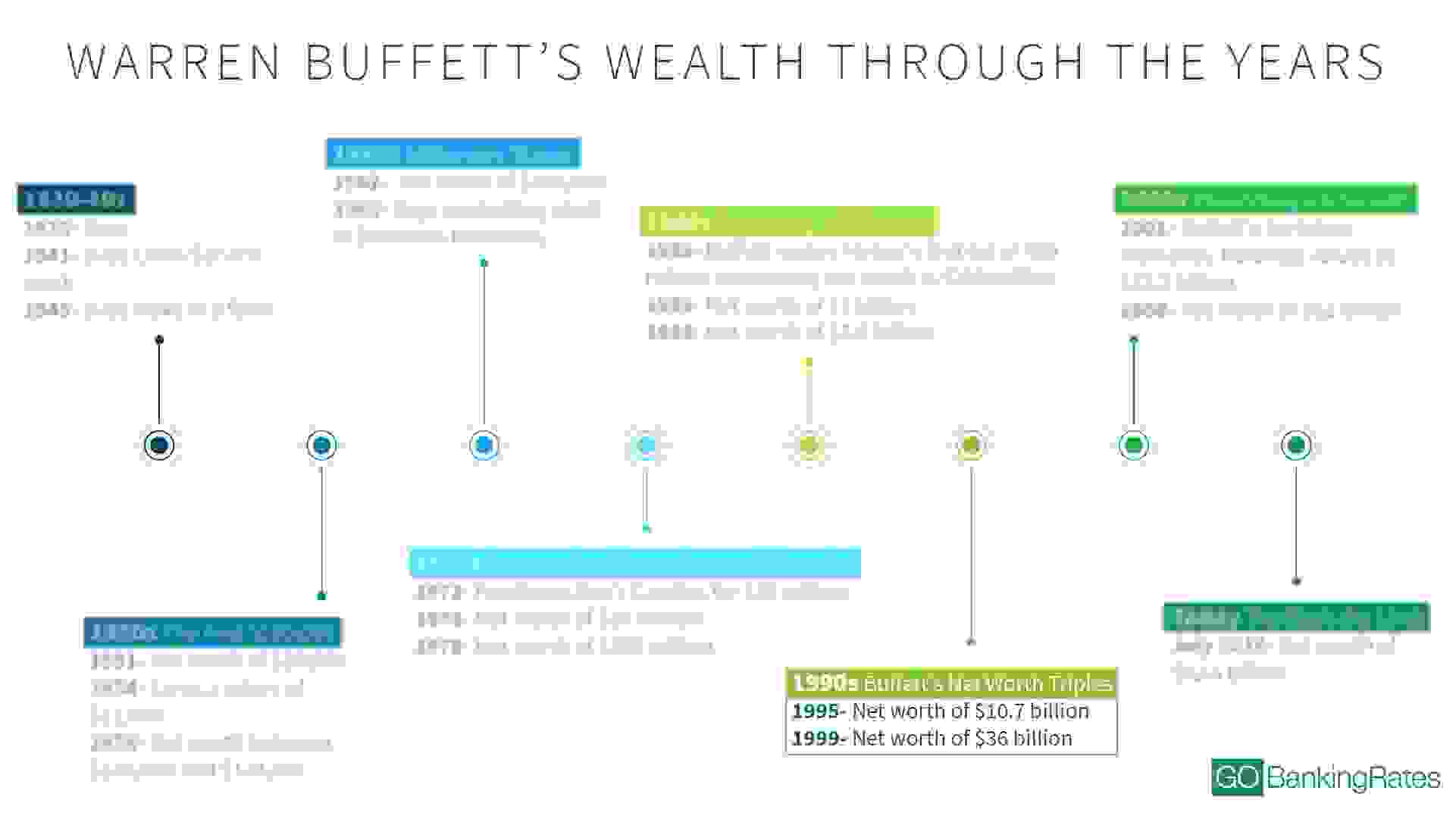 The continued success of Berkshire meant Buffett’s wealth kept growing — from $3.3 billion in 1990 to $10.7 billion in 1995 and closing out the decade at $36 billion in 1999. And although ending the decade with ten times as much money as you started it is jaw-dropping, it’s worth noting that he had actually slowed his pace as his 1989 net worth was 14.4 times what he had in 1982.

The average American family began to creep up in earning power during the 1990s, even if they still fell well, well short of Buffett. The median household income by the end of the decade was about $42,000, according to Census data. 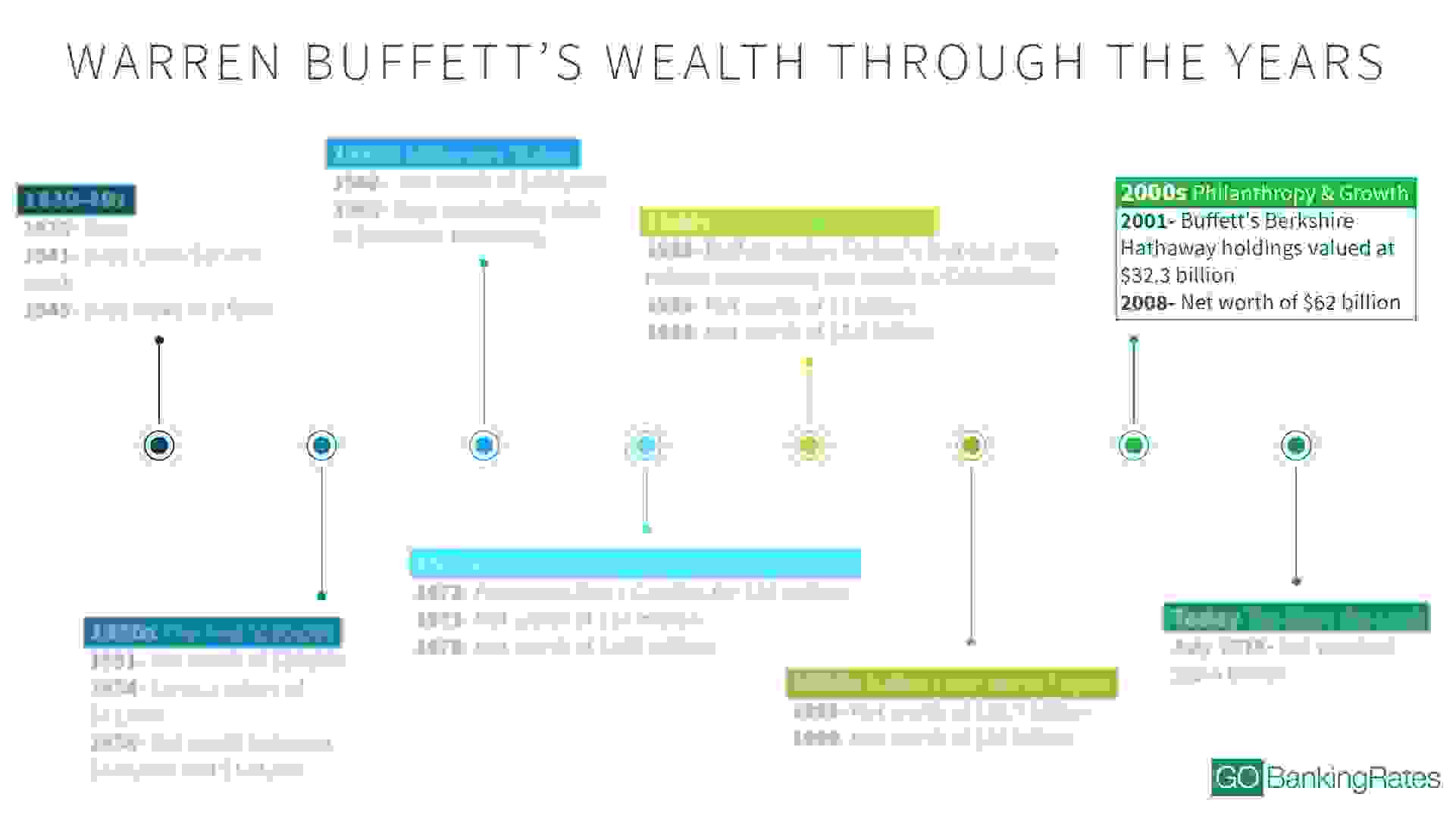 The early aughts saw Buffett continue to make impressive sums of money, but the extreme pace at which he was multiplying his value started to slow considerably. He hit $32.3 billion in 2001 and climbed to “just” $62 billion by 2008. However, the financial crisis meant Buffett took a big hit, just like everyone else, with his net worth falling to $37 billion in 2009.

But, Buffett is also about sharing the wealth. In 2006, he released pledge letters that stated he will donate 85 percent of his wealth to five foundations over time. 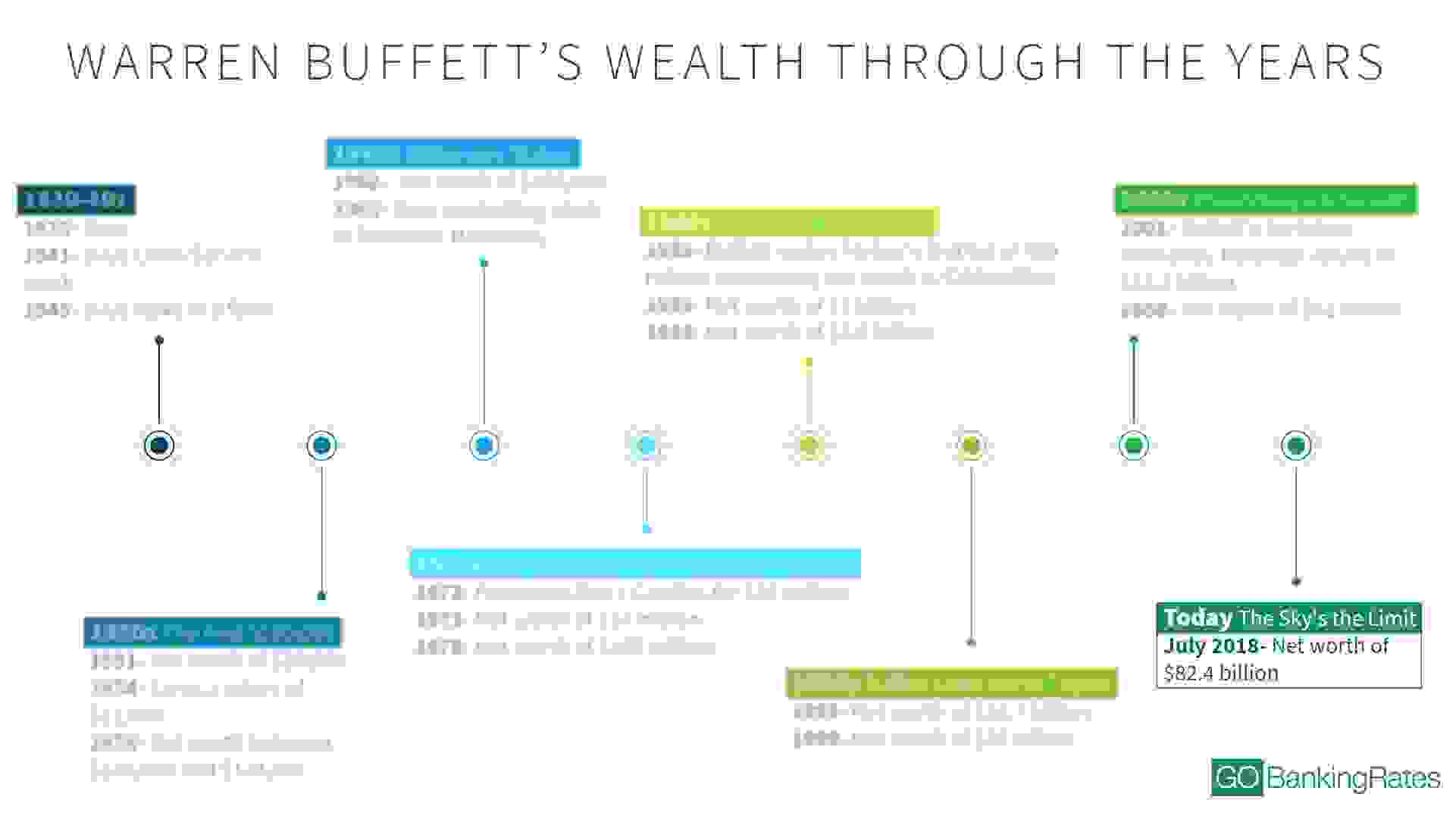 As of mid-July 2018, Buffett’s net worth is $86.6 billion per Forbes, making him the richest person in the world aside from Bill Gates and Jeff Bezos. At 88, Buffett shows no signs of stopping anytime soon. And although he might have an 11-figure fortune, Buffett earns only $100,000 a year at Berkshire Hathaway and spends it frugally.

Still, the master investor is making much more than the average American. The median household income in the U.S. is $55,322, according to the most recent Census Bureau data. 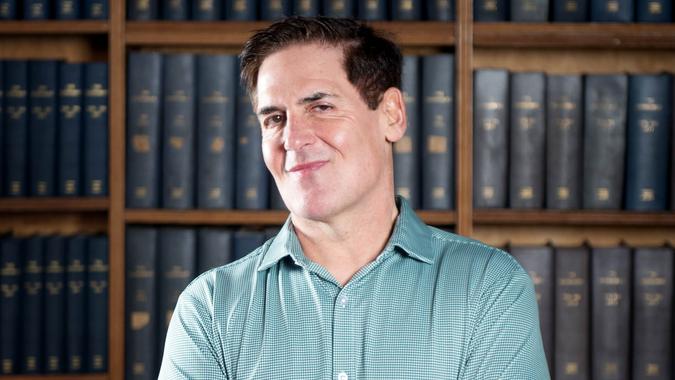 Where Millionaires Like Oprah and Mark Cuban Were in Their 20s

Even these millionaires had to work their way up in their 20s.

> Net Worth > Business People > How Rich Was Warren Buffett at Your Age?