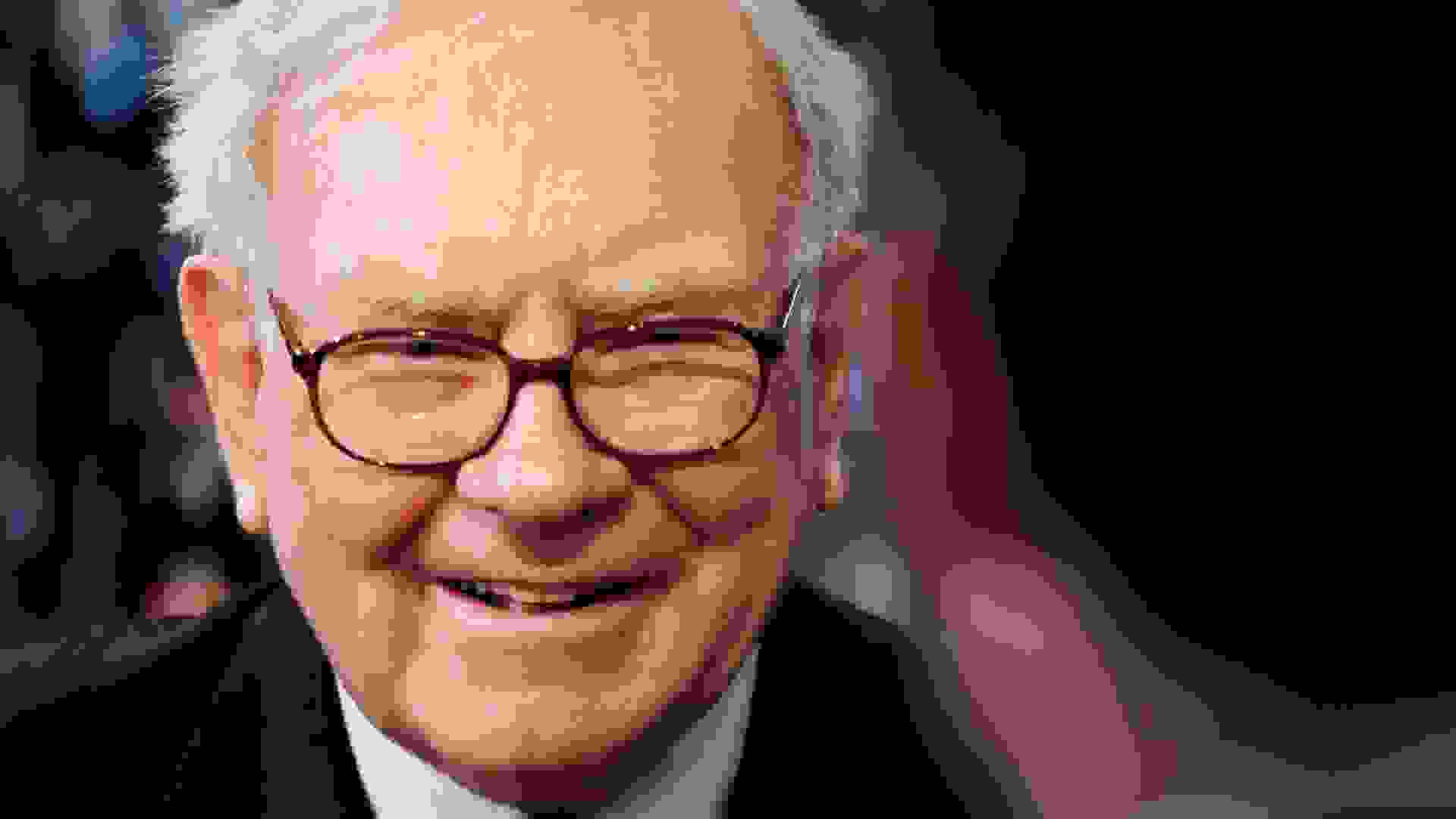 The idea of losing millions of dollars is unfathomable for most of us, but for some of the most successful entrepreneurs, businesspeople and investors, this nightmare has become a reality. Fortunately, many of the people who experienced these huge monetary losses have been able to turn things around and all of them learned valuable lessons along the way. 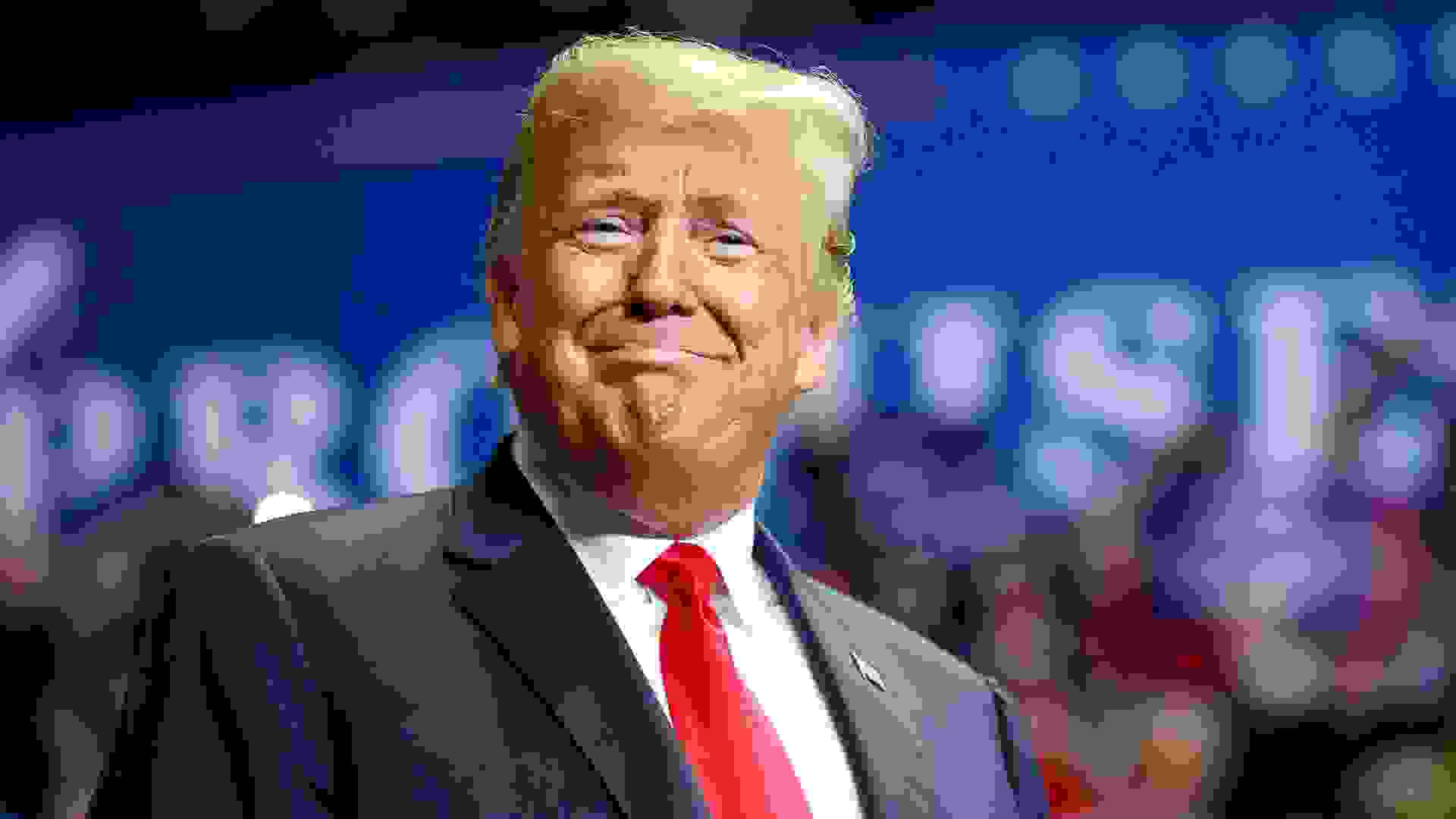 Before he became president, Donald Trump had plenty of experience riding the ups and downs of the financial world, having filed for corporate bankruptcy four times, according to Forbes. The first time was in 1991 when Trump rang up $900 million in personal debt. He had financed the construction of the Trump Taj Mahal in Atlantic City, New Jersey, with junk bonds and was unable to pay back the high-interest rates because both he and his business were in the red. 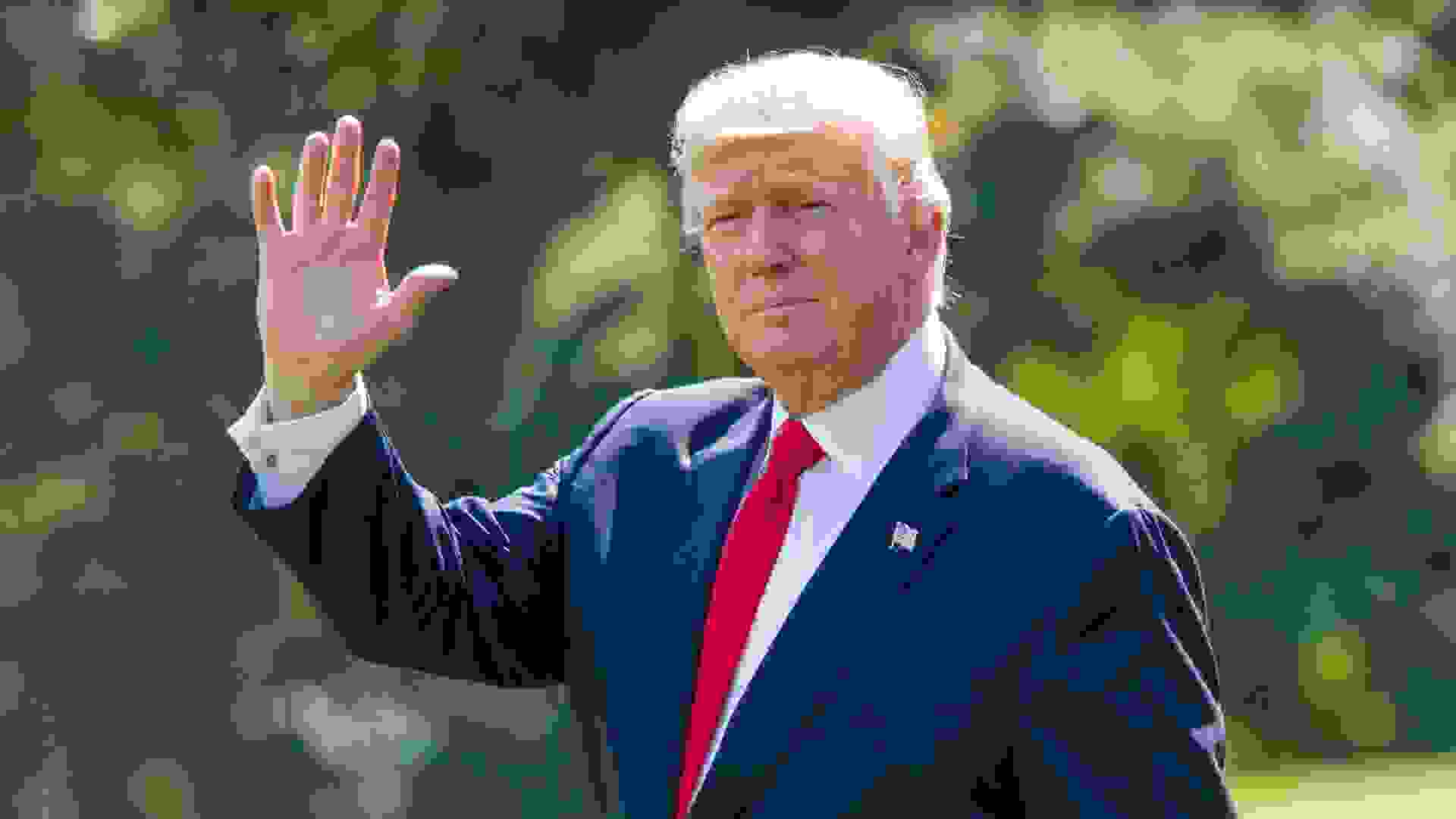 The Lesson: Don’t Guarantee Debt With Your Own Money

Although Trump filed for corporate bankruptcy three more times, he didn’t have any personal debt related to his business endeavors in future filings.

“The first bankruptcy was the only time his personal fortune was at stake,” Ted Connolly, a Boston bankruptcy lawyer, told Forbes. “He learned from it. He’s insulated.” 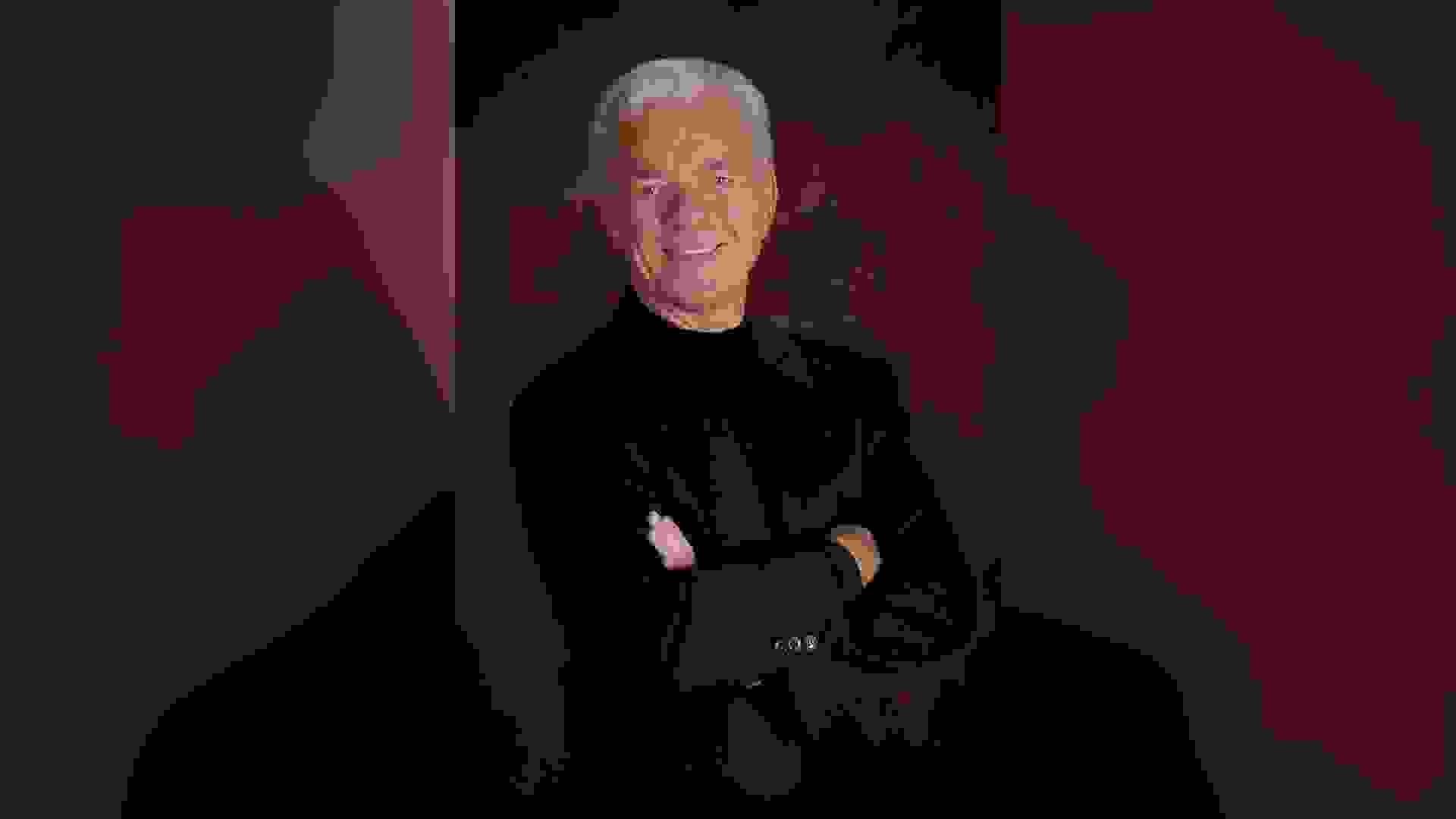 Bill Bartmann: Went From a Net Worth of $1.1 Billion to Declaring Bankruptcy

Bill Bartmann once owned and ran America’s biggest debt collection company, Commercial Financial Services. At the company’s peak in 1997, Bartmann and his wife were worth a combined $1.1 billion, according to Forbes. But a year later Bartmann’s business partner admitted to inflating collection rates at the agency and the scandal eventually led the company into bankruptcy. In 2003, after being indicted by the Justice Department on 57 felony counts — including conspiracy, fraud and money laundering — Bartmann declared personal bankruptcy. 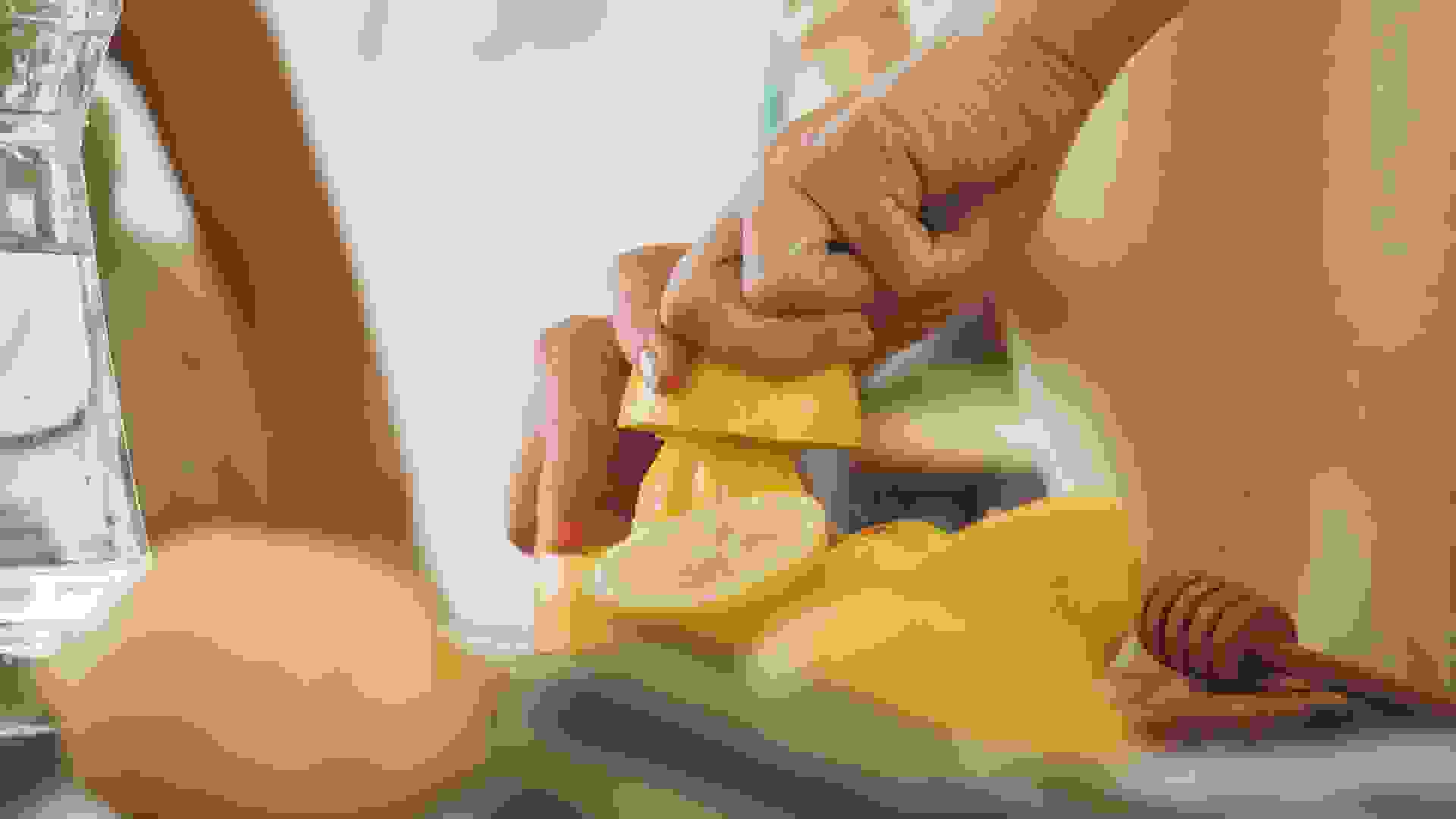 The Lesson: Turn Lemons Into Lemonade

Bartmann was acquitted of all charges and launched a new career as a motivational speaker and author. His books “Secrets to Success” and “Bailout Riches!” sold “shockingly well,” Forbes reported. In 2010, Bartmann launched a new credit card collections company with $25 million in funding behind it, a portion of which came from Bartmann’s book sales and personal speaking fees.

Tips: How To Save Money on All Your Monthly Expenses and Bills 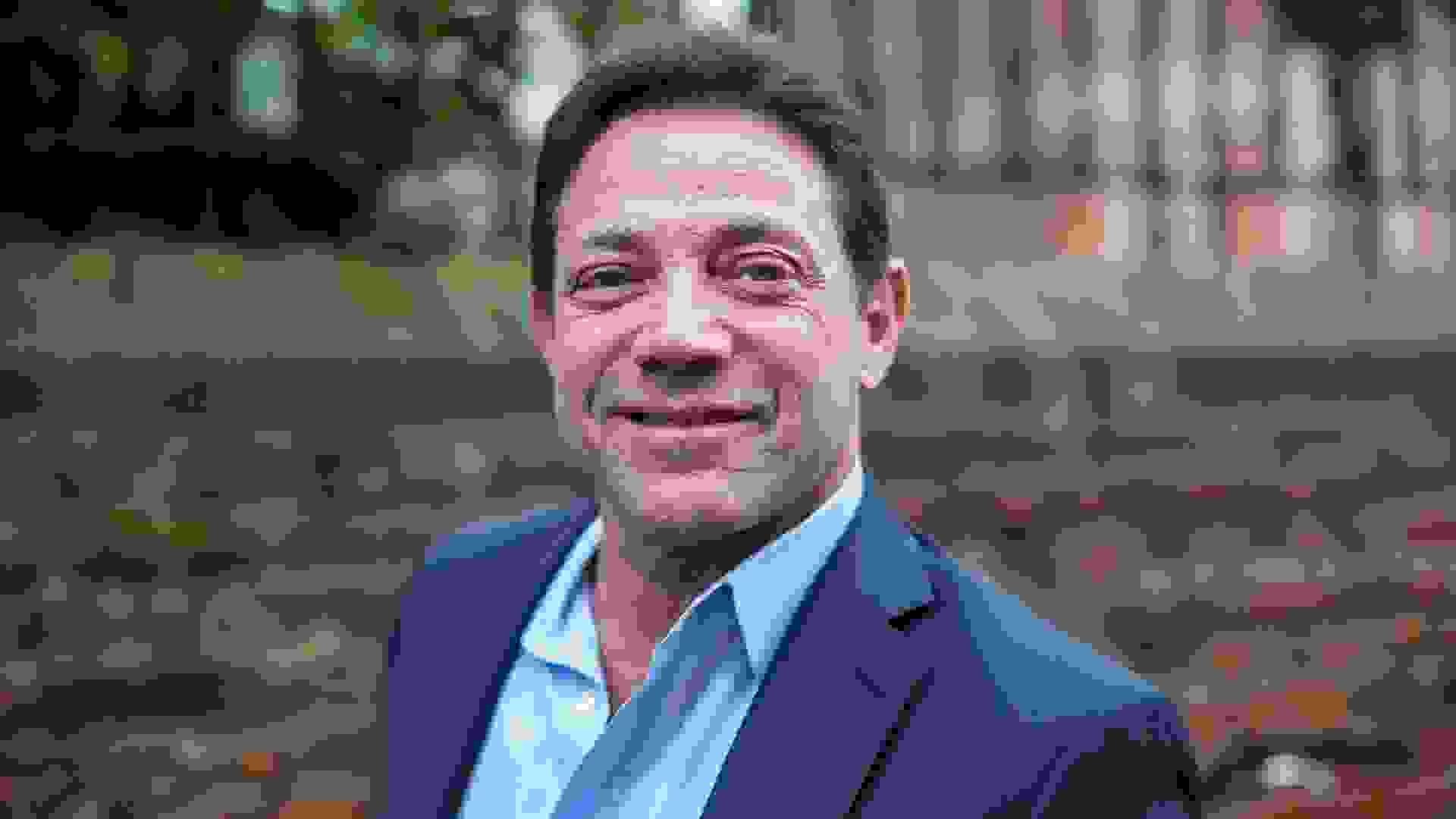 Known as “the Wolf of Wall Street” and author of a memoir of the same name, Jordan Belfort made millions as a stockbroker and founder of financial firm Stratton Oakmont. The firm reportedly oversaw more than $1 billion in investments at its height, according to Investopedia, but lost it all when Belfort pleaded guilty to securities fraud and money laundering. He lost not only his wealth but his freedom, too, as Belfort landed in federal prison for 22 months, CNBC reported. 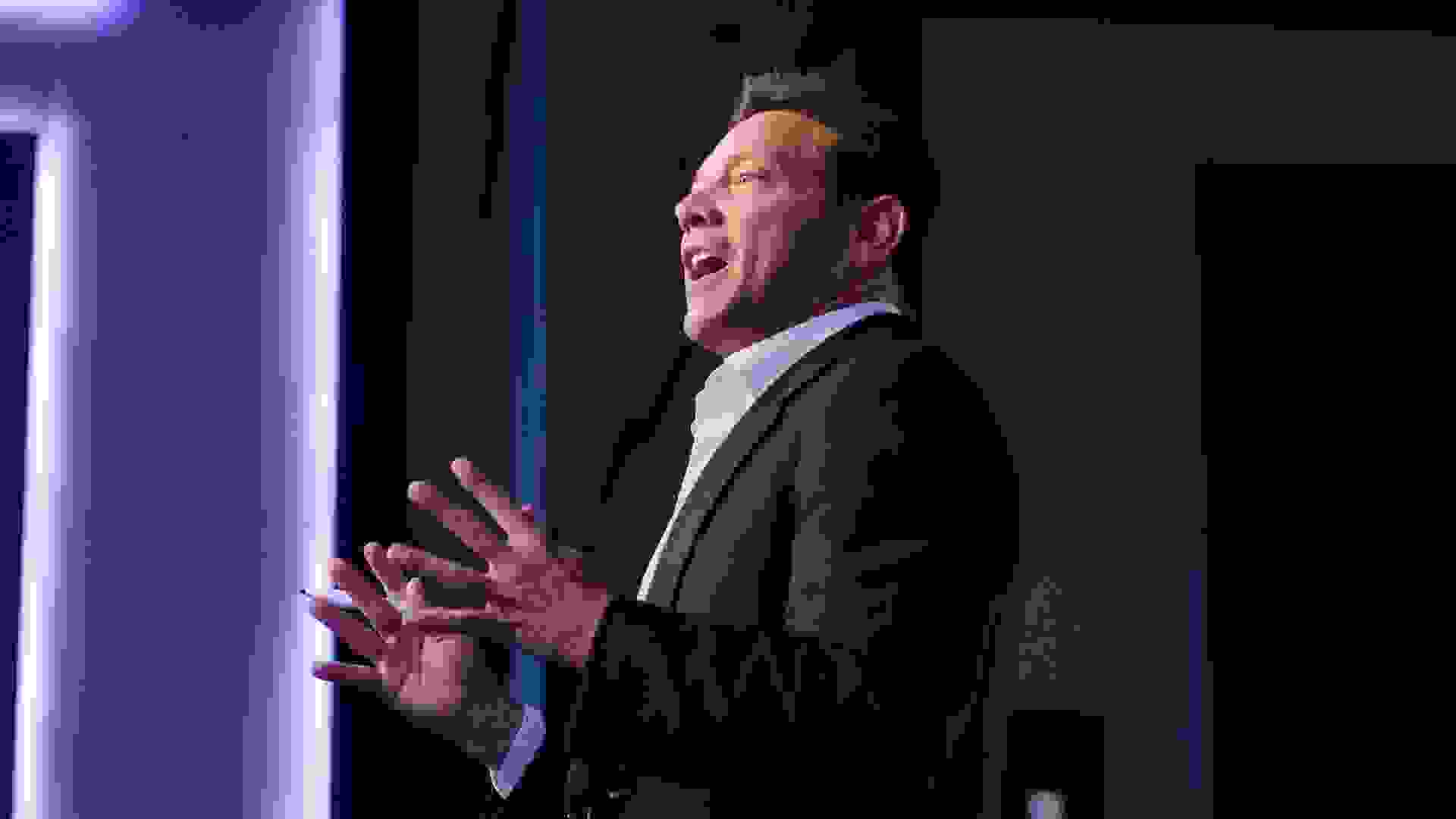 The Lesson: Have a ‘Why’

After losing everything, Belfort decided to turn his life around so his two young kids wouldn’t look at him as a failure.

“That was my ‘why,'” he told Goalcast. “It was all about my kids, and that’s the secret. Your why is never about you.”

Belfort began writing his memoir just days after getting released from jail, which got him a $500,000 advance from Random House. He also started on the motivational speaking circuit — a gig that pays him $30,000 a pop, according to Bloomberg. 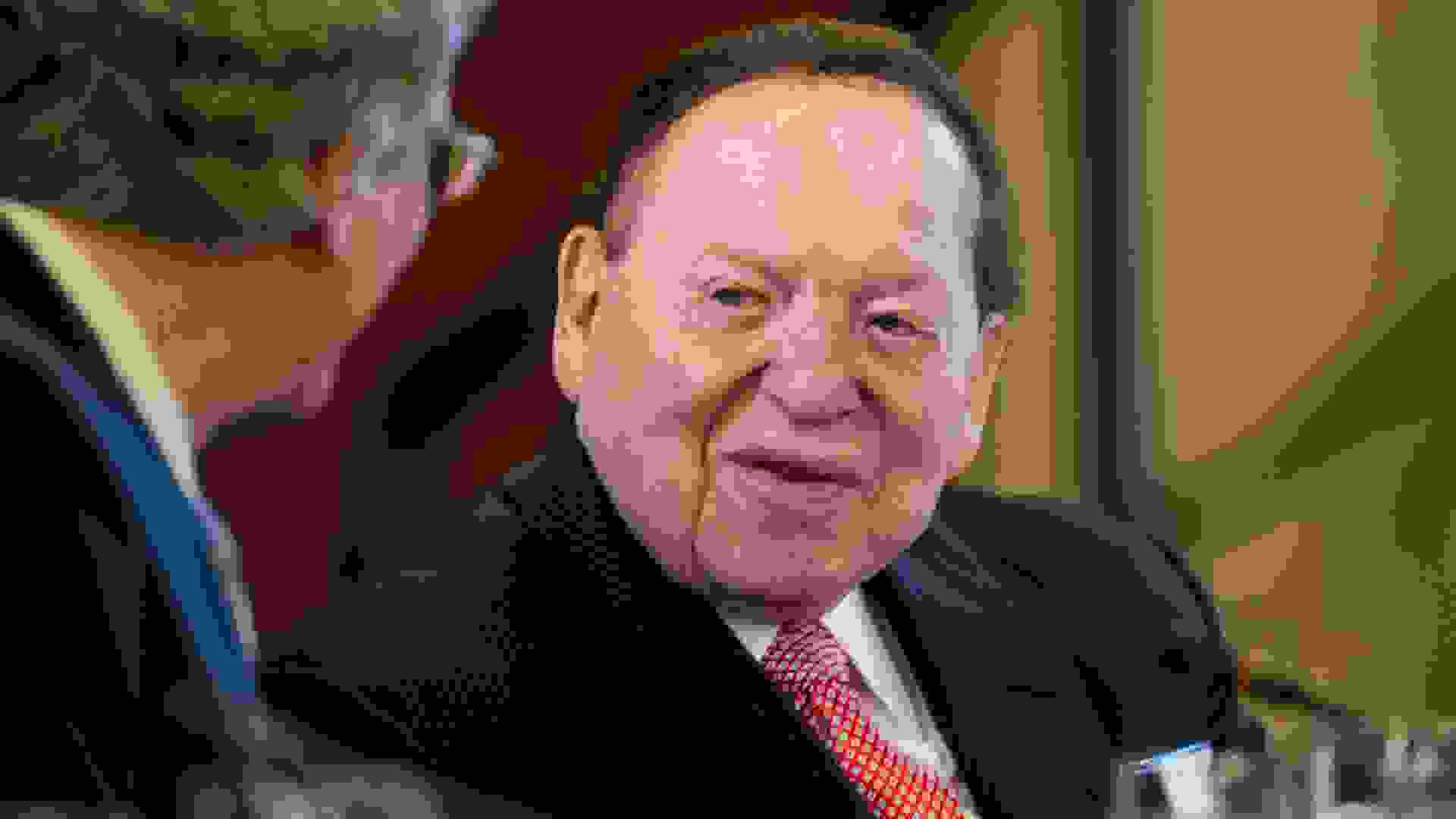 Casino mogul Sheldon Adelson is one of the richest people in the world with a net worth of about $34 billion, according to Forbes. But Adelson faced hard financial times in 2008 when the financial markets crashed. According to ABC News, his company’s market value plummeted more than 90% and Adelson lost $25 billion. 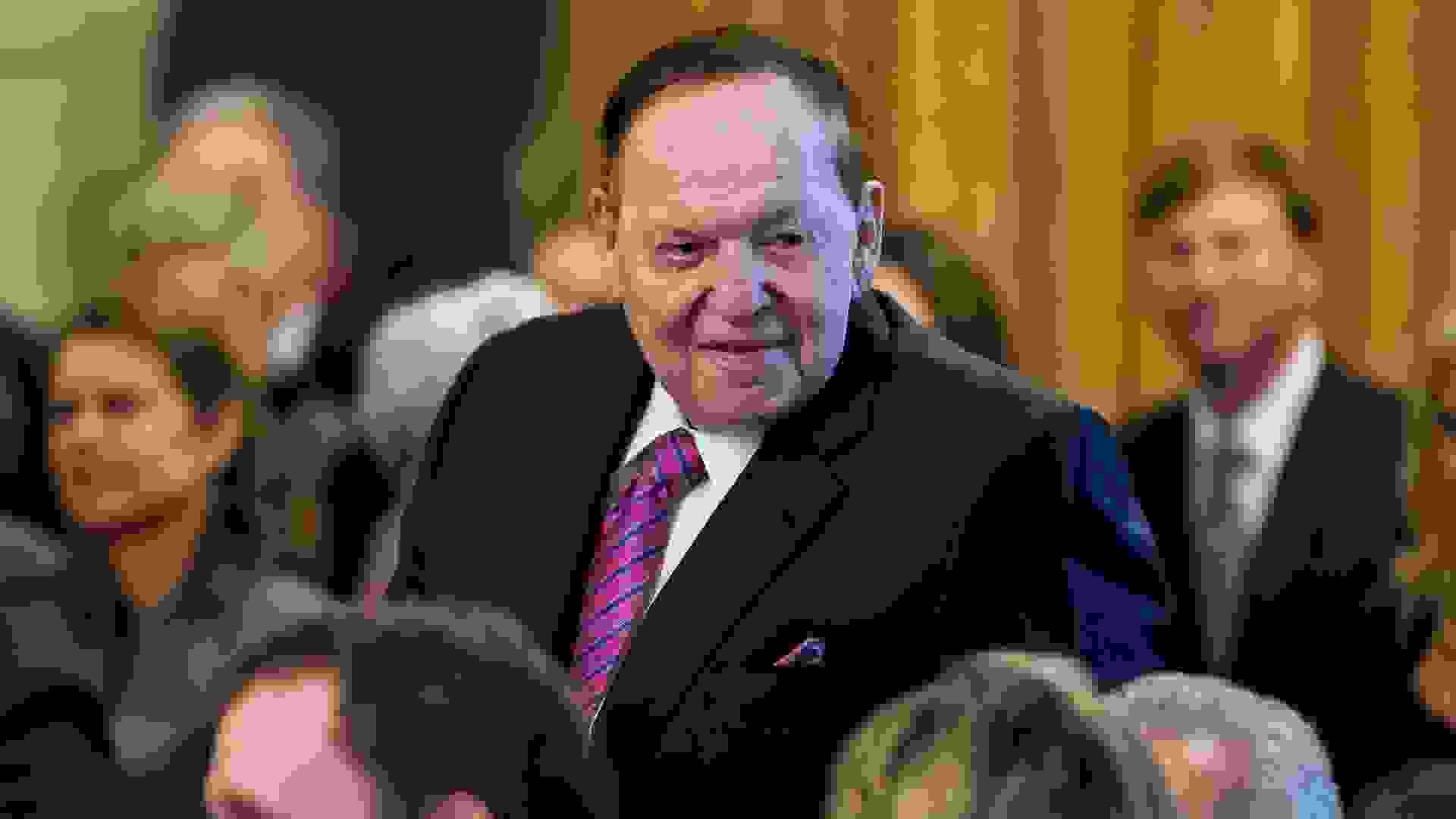 After watching his financial empire implode, Adelson laid out his philosophy to ABC News when he said there’s “no such thing as fear — not to an entrepreneur. Concern, yes. Fear, no.”

Even as his company’s stock plummeted and Adelson was forced to use $1 billion of his family’s money to keep the Las Vegas Sands Corp. afloat, he stayed committed to his plans to open the Marina Bay Sands Hotel in Singapore — a project that ended up costing $5.6 billion. The gamble paid off as the hotel property made $242 million in profits in its first full quarter of operation, ABC News reported. 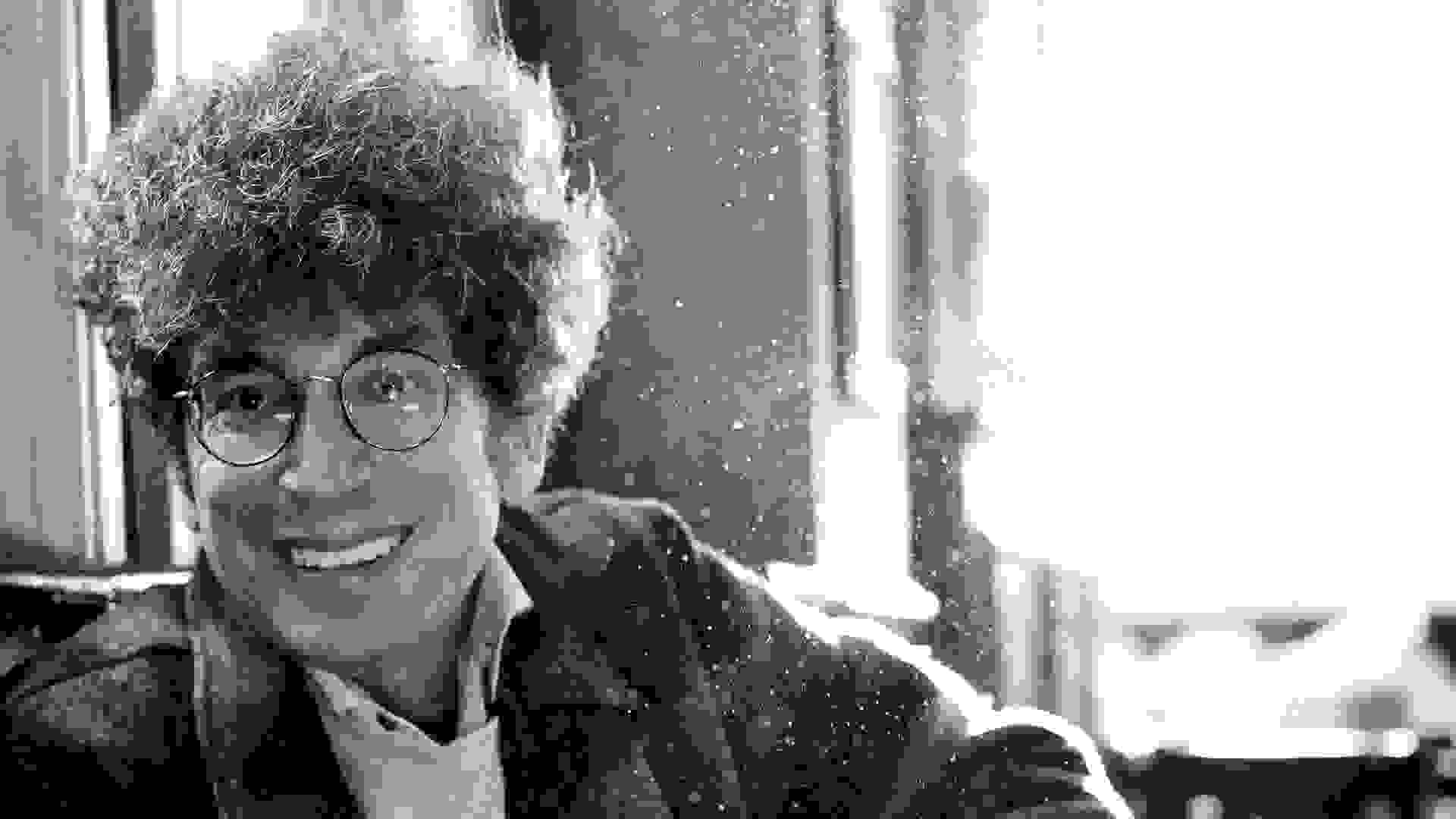 During one of his down financial periods, Altucher was visiting the set of the show “Billions” when he found out that a company he owned a $9 million stake in was going under.

In a blog post, Altucher wrote that “bad stuff happened with one of the top shareholders of the company. The bank was calling in its loan. Everything was over. That day, the bank kicked everyone out, locked the doors, and sold off every part of this billion-dollar revenue company to other customers of the bank. Everyone won except us. Except me. I lost big.” 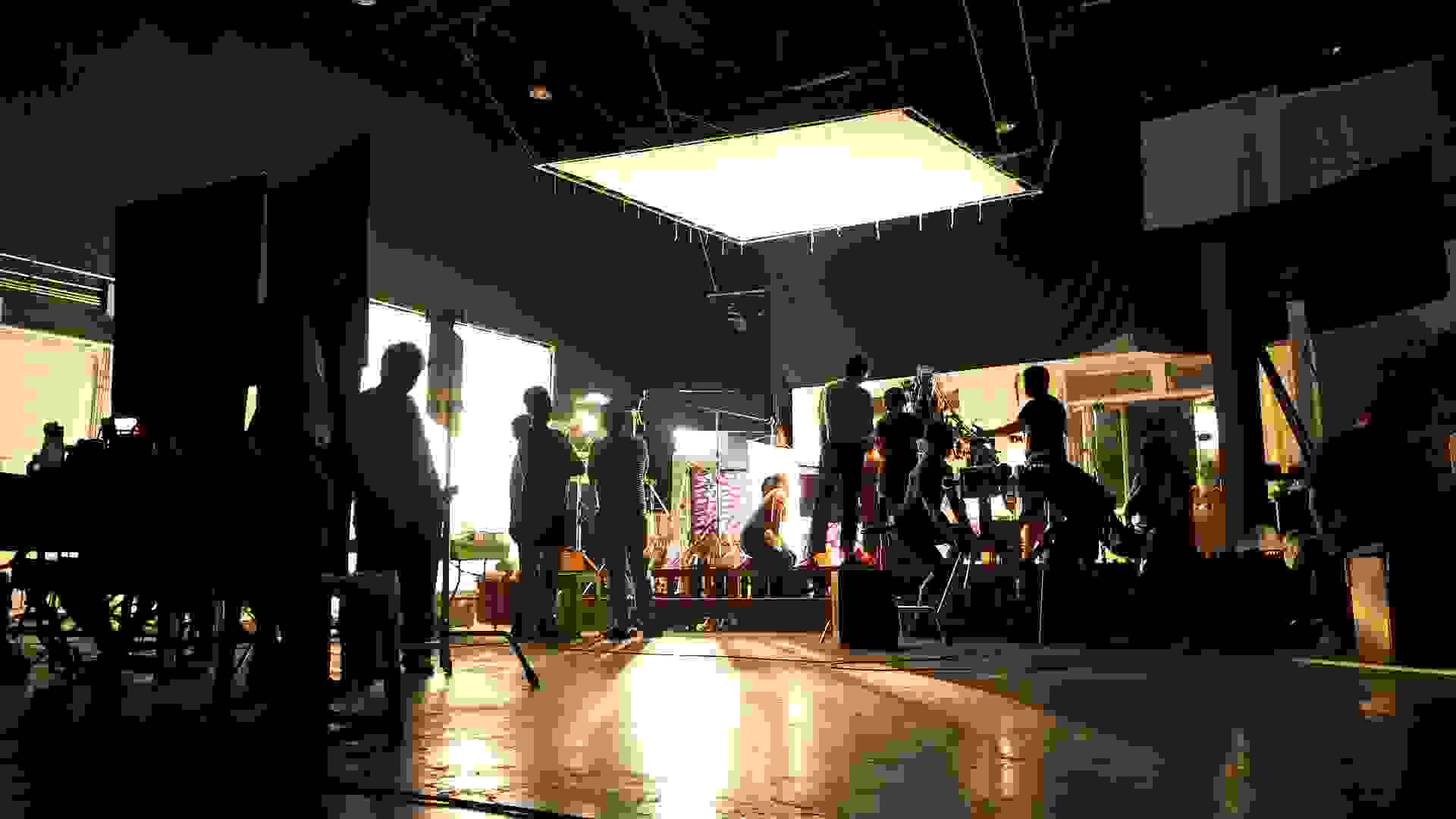 The Lesson: Live In the Moment

Despite the bad news, Altucher stayed on the “Billions” set and didn’t let losing millions ruin his day.

“I wanted to watch creativity in action,” he wrote. “I wanted to watch the shoot. And I didn’t want to let something horrible pull me down. You can always make money back. You can NEVER make one minute of time back. […] Lessons learned only live in the present. Satisfaction with life only lives right now, not in the future or past. This is the only way I’ve ever been able to bounce back.”

Altucher has indeed bounced back. He now has a net worth of $50 million, according to Celebrity Net Worth.

Photo Disclaimer: Please note photo is for representational purposes only. 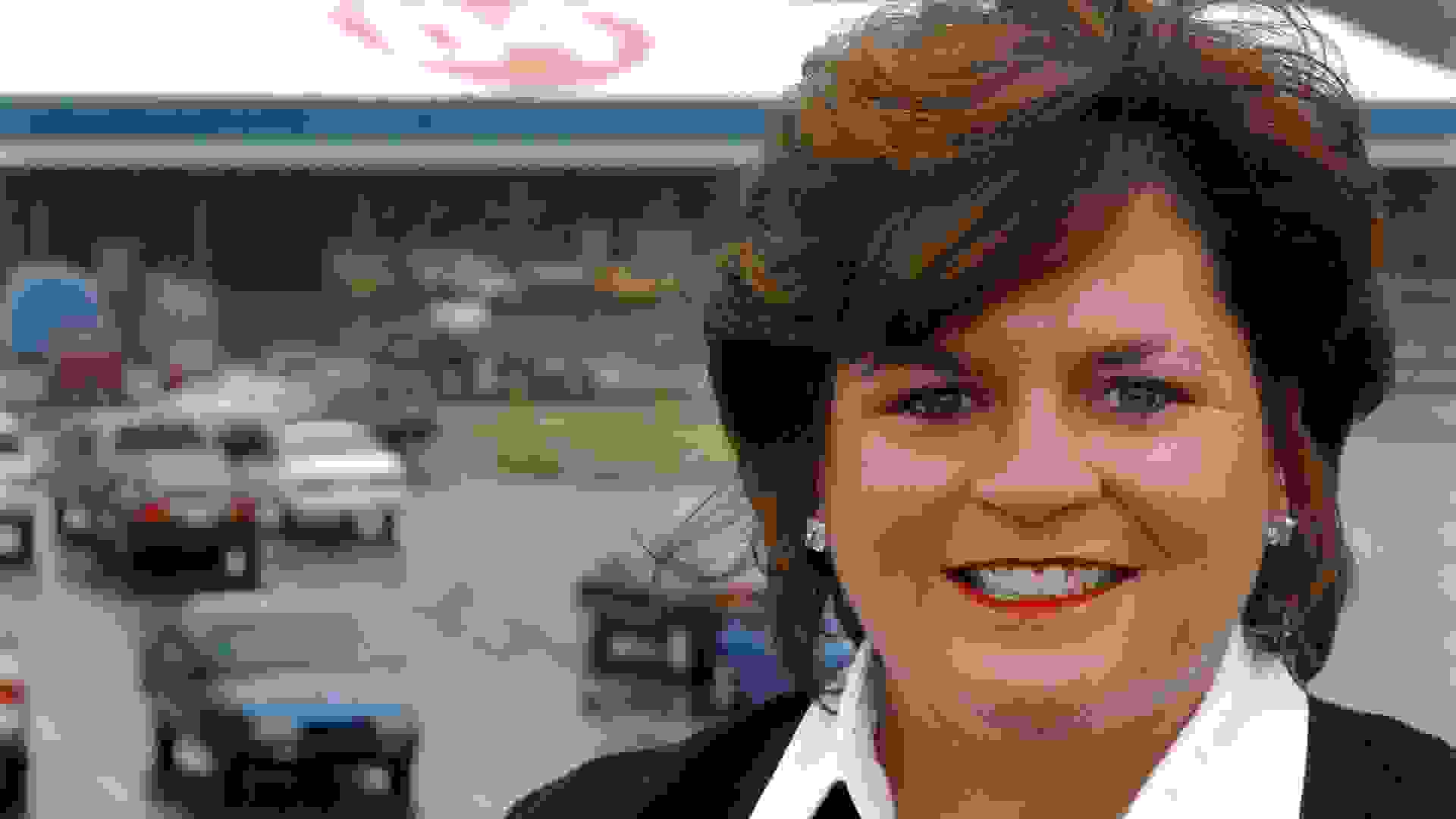 Maggie Magerko inherited housing supply chain 84 Lumber from her father and was at the helm during the housing market crash that nearly derailed the company. In 2009, Magerko’s father and others advised her to file for bankruptcy protection. Instead, she took out loans against her personal assets (including her jewelry collection) to keep the company afloat — a move that made her “basically broke” on paper, according to Forbes. 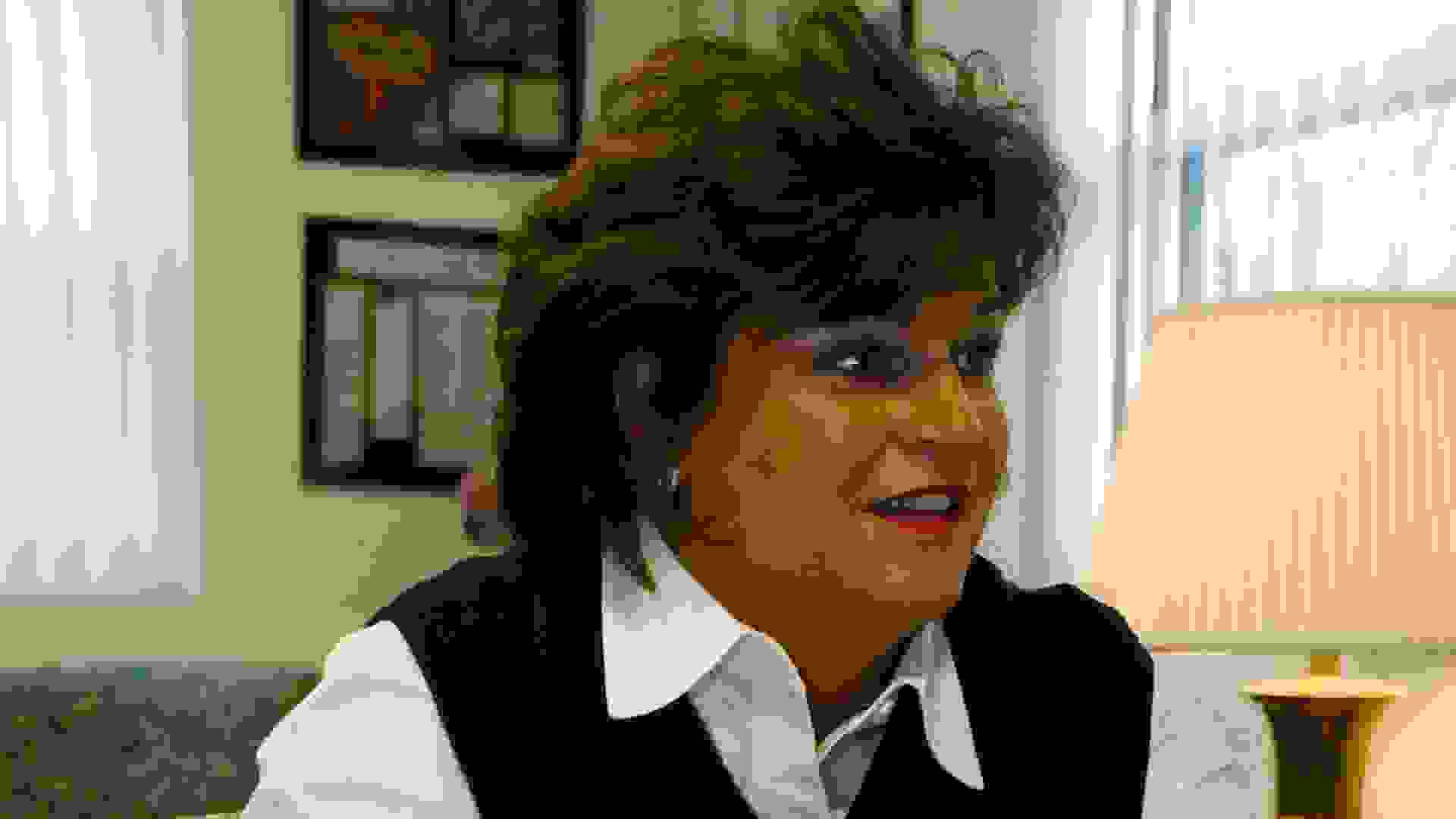 The Lesson: Don’t Let Others Influence Your Decisions

Magerko didn’t take the advice from her father, colleagues, friends and advisors to declare bankruptcy — and her instincts ended up being right. As of 2017, she had a net worth of $1.3 billion, according to Forbes.

Through the experience, she’s learned that it’s OK to say “no” to her father. 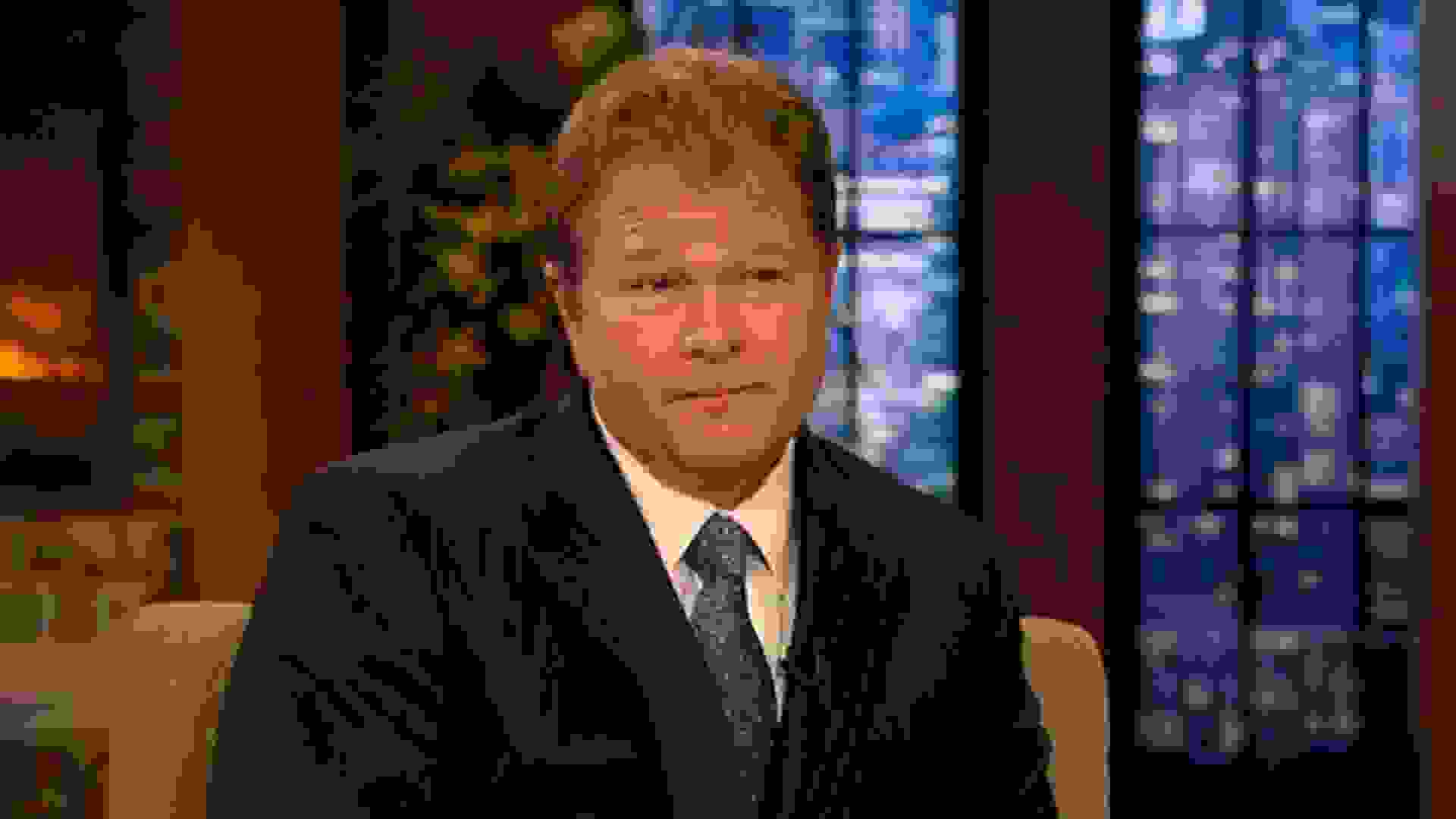 Gary Heavin: Had $5 Million in Debt

Before founding Curves, Gary Heavin co-founded another gym franchise, Women’s World of Fitness. By the age of 26 he was worth $1 million. By 30, his franchise had 14 locations and Heavin bought himself a private plane. However, the company’s growth in members failed to keep pace with its high overhead costs, which included large locations, swimming pools, tanning beds and kids’ programs. In 1986, Women’s World of Fitness went bankrupt and Heavin lost his house, plane and cars — and he was $5 million in debt, Inc. reported. 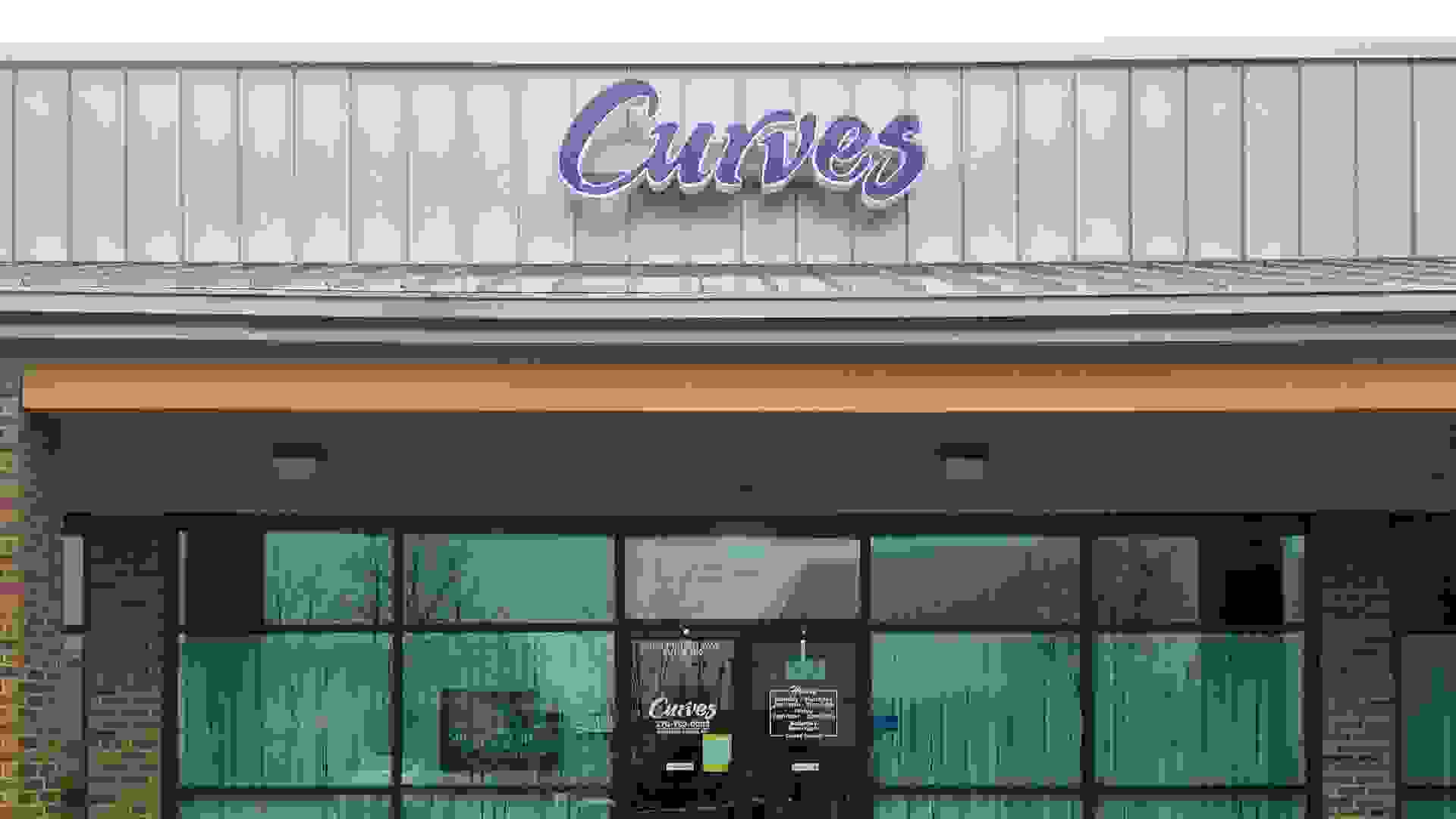 Despite getting burned from his first foray into the fitness world, Heavin gave it another shot and opened a new gym with his wife — but he learned from his previous failure and scaled way back on the overhead expenses. Their new women-only gym, Curves, features fewer machines, shorter hours and no showers. The business model worked. The company now has nearly 10,000 locations and more than $1 billion in annual revenue, Inc. reported. The low overhead costs also help the franchise thrive in smaller towns.

“We created an efficient business model that could go where no one else could,” Heavin told Inc.

Everything You Need To Know About Budgeting: How To Create a Budget You Can Live With 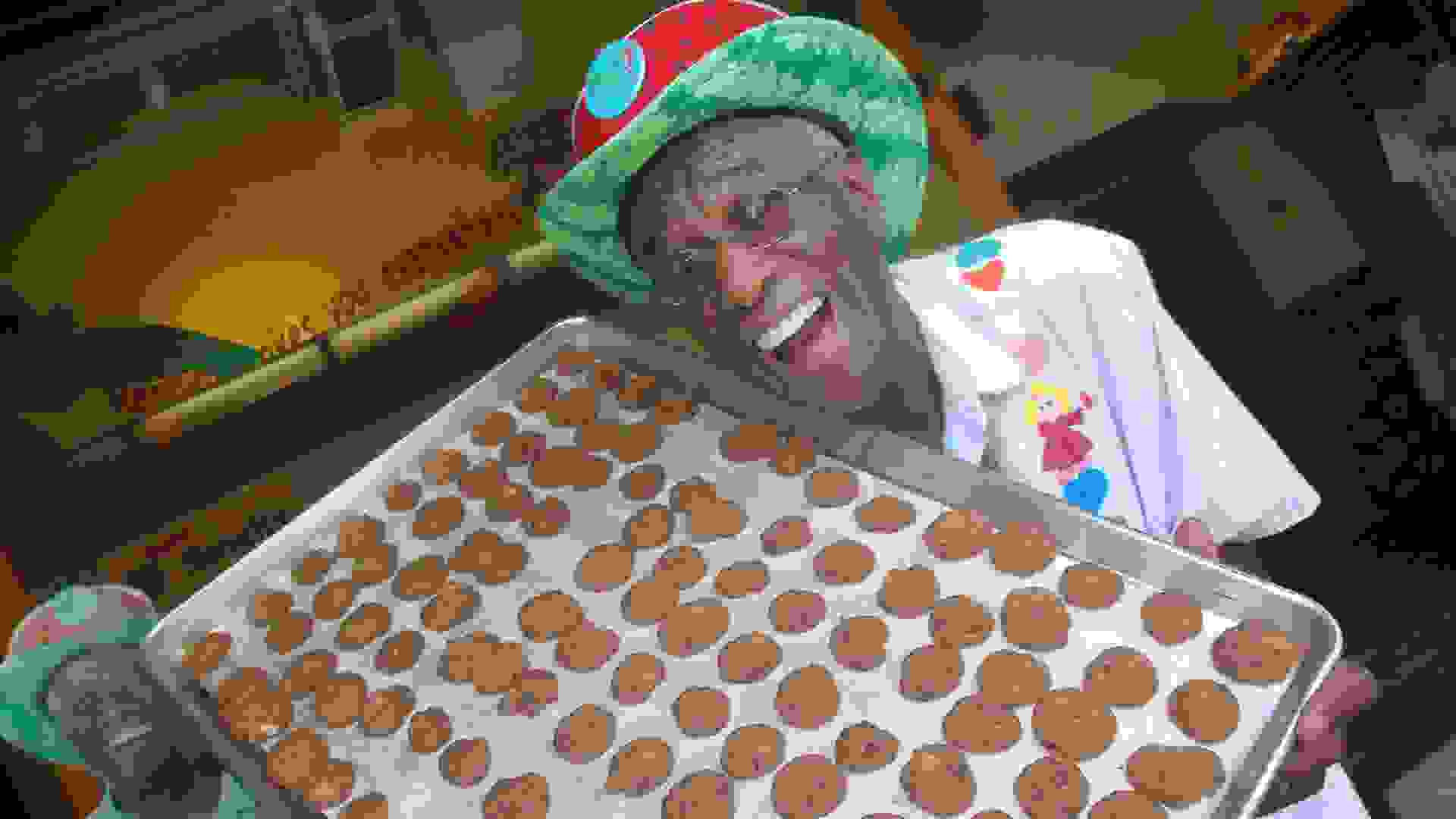 Wally Amos is the man behind Famous Amos cookies. The former talent agent opened his first cookie shop in 1975. By the early 1980s, his company hit $12 million in yearly sales, Kiplinger reported. Unfortunately, the company suffered from Amos’ lack of business expertise.

“The thing that got us in trouble is when I tried to actually run the business,” he told the Los Angeles Times. “That’s not what I want to do. I’m a promoter.”

Amos sold the company to the Shansby Group in 1988 for only $3 million, LAist reported. Amos has since launched other baked good brands, but none have reached the level of success as his original business. 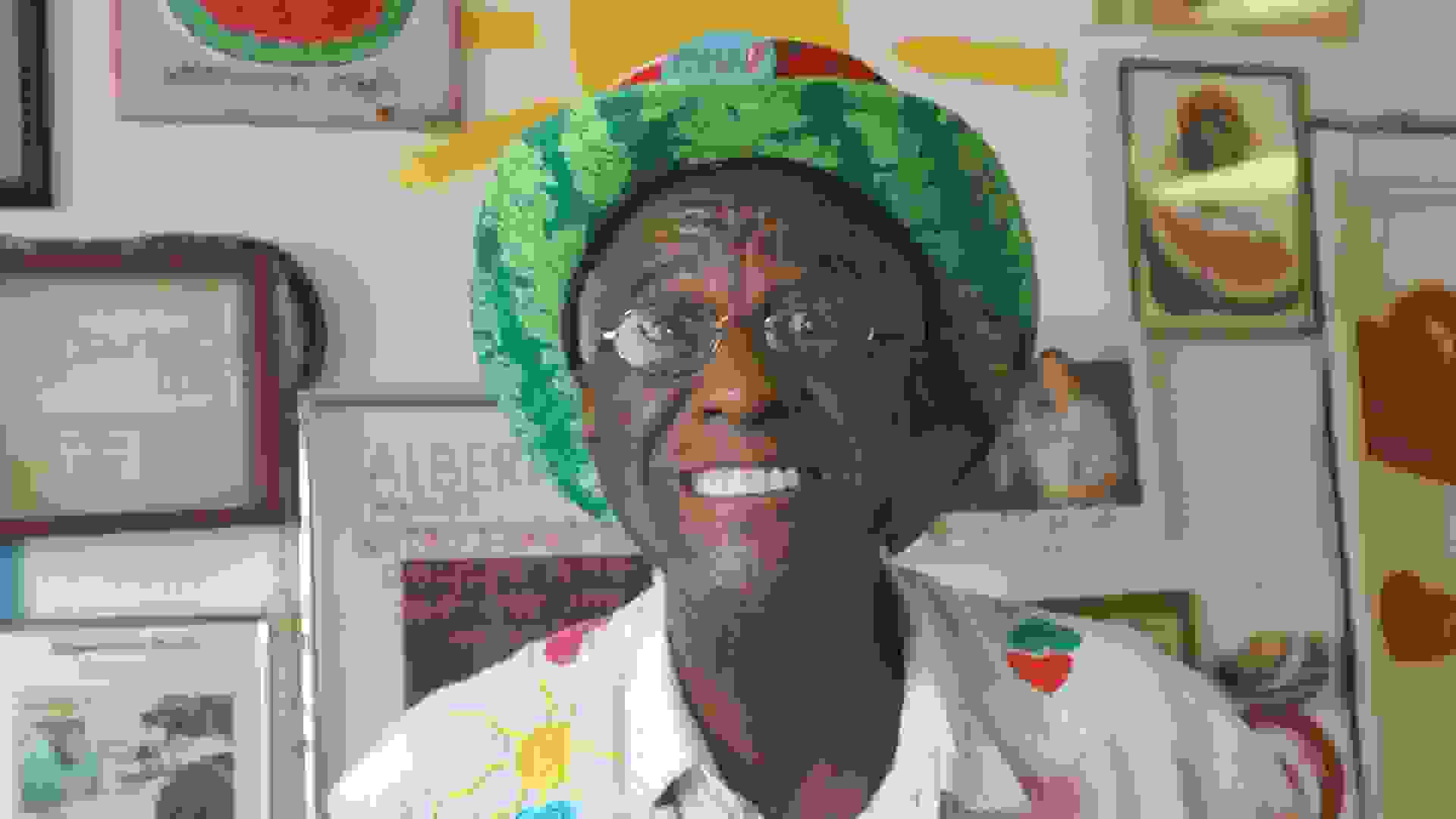 The Lesson: You Need a Cohesive Team Behind You

Amos told Kiplinger that he believes the key to long-lasting entrepreneurial success is the people you work with.

“You can’t be profitable unless you have a team that’s working as a unit,” he said. “I learned that lesson from losing Famous Amos.” 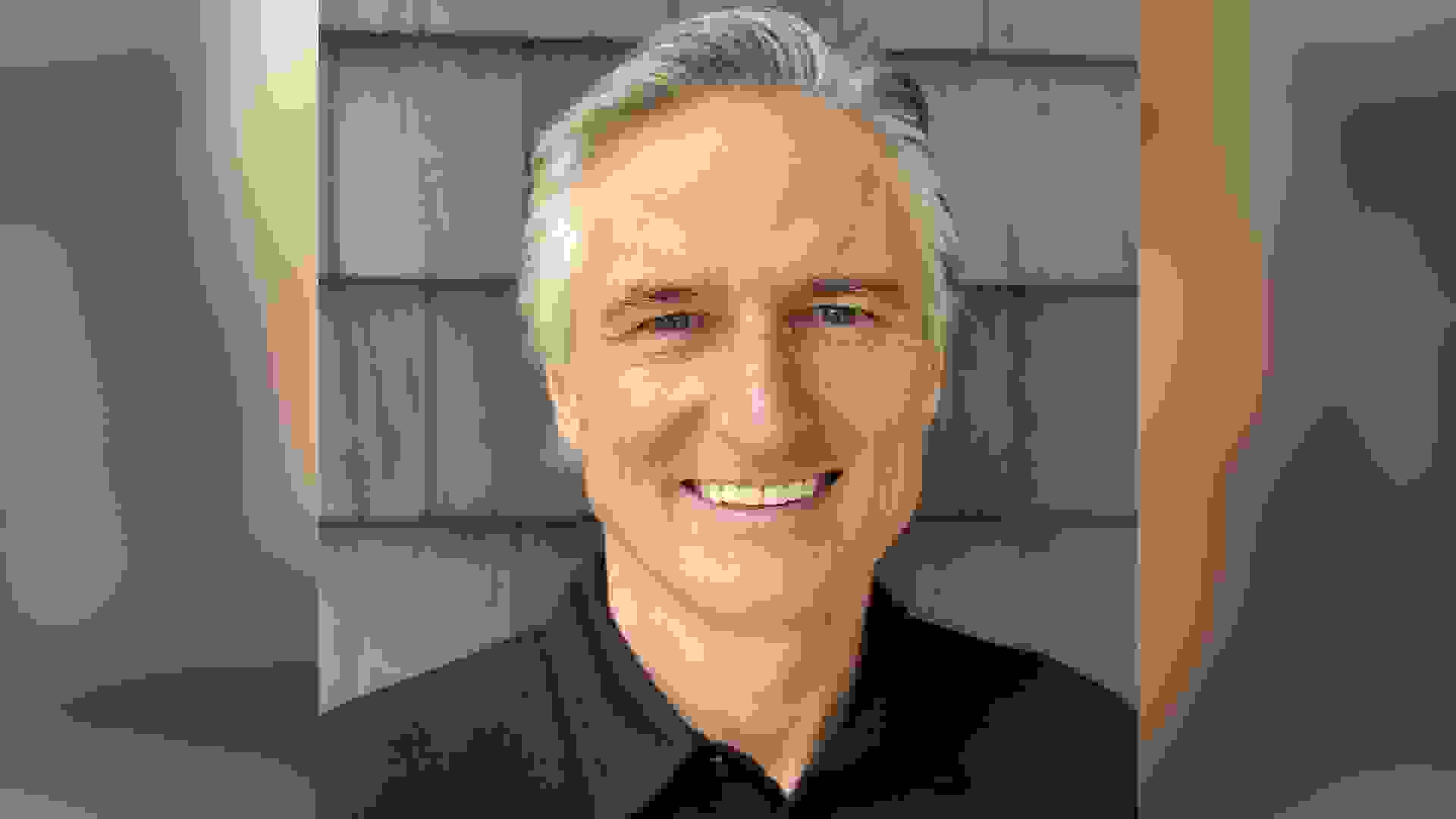 Halsey Minor: Went From Nine-Figure Wealth to $50 Million in Debt

CNET co-founder Halsey Minor sold the news site to CBS in 2008 for $1.8 billion and took home a $200 million cut, The Week reported. Five years later he filed for Chapter 7 bankruptcy, stating that he owed as much as $100 million to more than 50 creditors but only had $50 million.

Several factors contributed to Minor’s debt, including his lavish spending on multiple properties, thoroughbred horses and modern art. He also went through a couple of traumatic events in his personal life — a divorce and the suicide of his biological father — that sent him into a depression. His depression caused him to withdraw from both his personal and business affairs, IDG Connect reported. 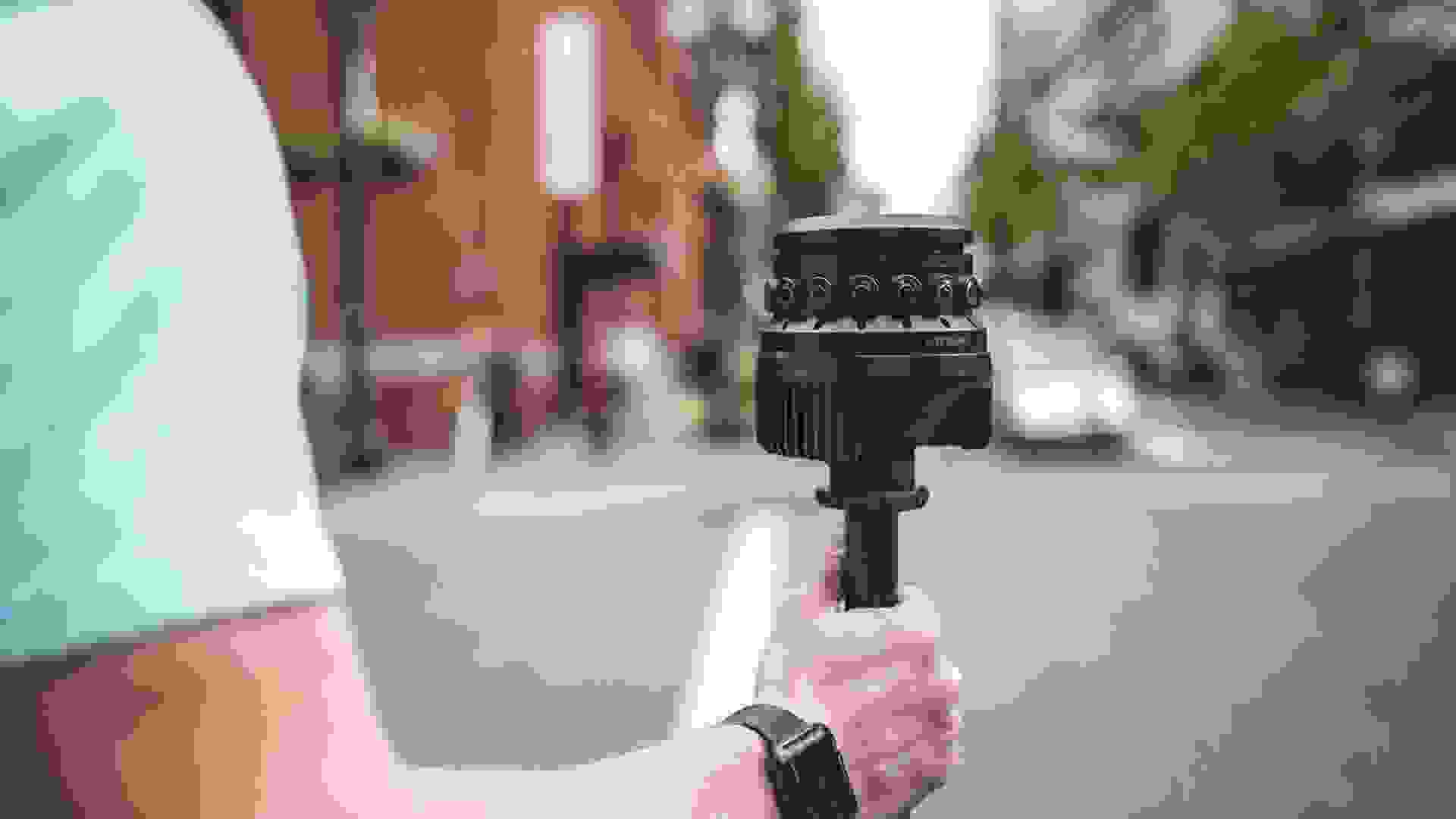 The Lesson: Don’t Trust Other People With Your Money

Embroiled in personal and financial problems, Minor told IDG Connect he “just withdrew and left my life in the hands of lawyers.” He joked that the lesson he learned is to not leave his finances in the hands of professionals who charge by the hour.

Fortunately, Minor has been able to recover from his bankruptcy and now has his hand in several companies, including the virtual reality video technology company Live Planet. 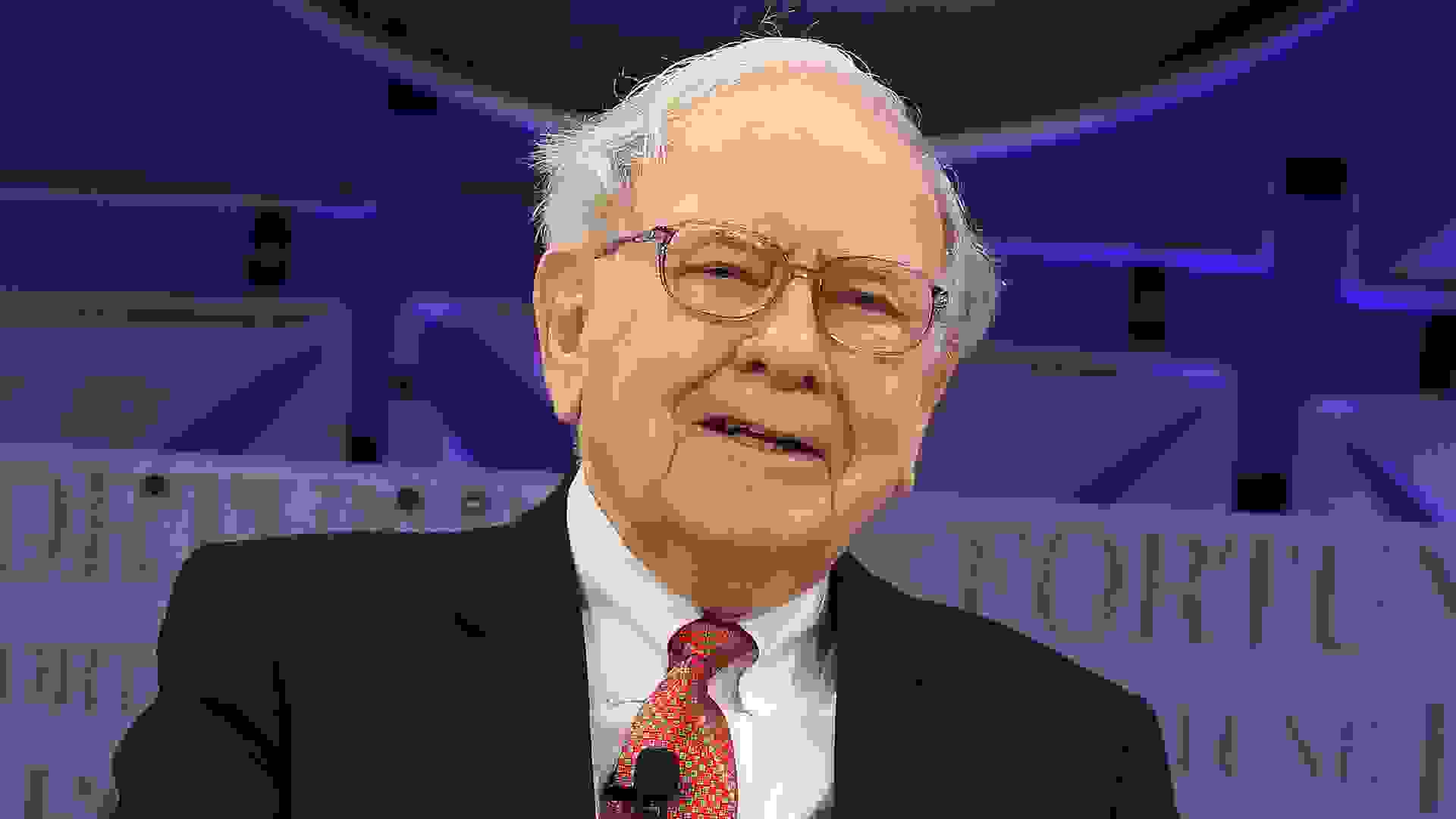 Ironically, financial legend Warren Buffett believes one of his worst investments was in Berkshire Hathaway itself, which originally was a textile company. Buffett had planned on selling his Berkshire Hathaway holdings back to the company, but when then-CEO Seabury Stanton ended up offering Buffett an eighth of a point less than Stanton had promised, Buffett bought more of the stock to gain control of the company and — as a form of sweet revenge — fired Stanton.

Berkshire Hathaway was already going downhill when Buffett increased his stake in it. He told CNBC that he believes the move to buy more stock rather than sell it off has ended up costing him $200 billion in missed profit opportunities. 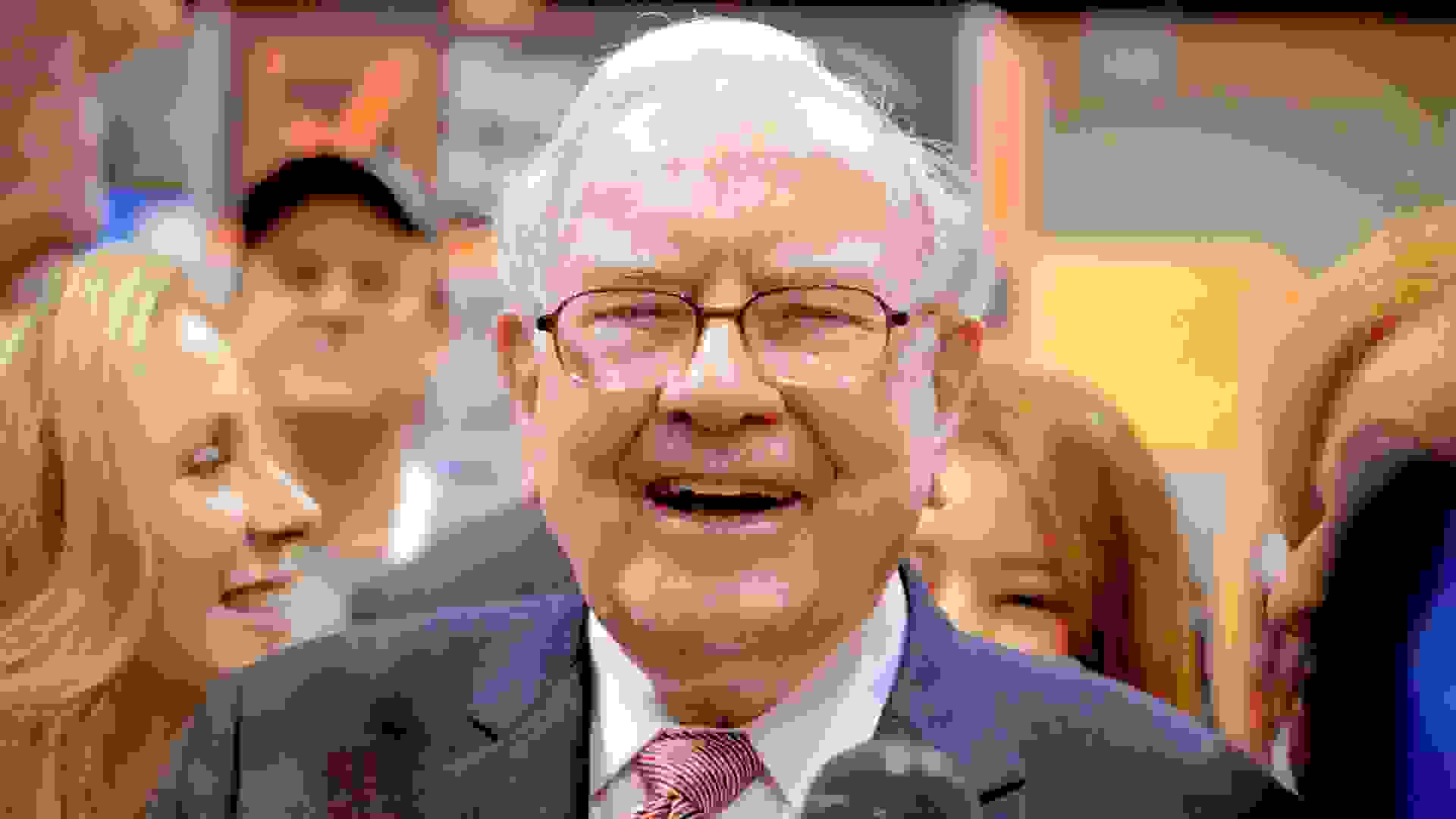 In a letter to shareholders, Buffett called his decision to not tender his Berkshire Hathaway stock when he had planned to “a monumentally stupid decision.”

“Through Seabury’s and my childish behavior — after all, what was an eighth of a point to either of us? — he lost his job, and I found myself with more than 25% of [Buffett Partnership Limited]’s capital invested in a terrible business about which I knew very little,” he wrote. “I became the dog who caught the car.” 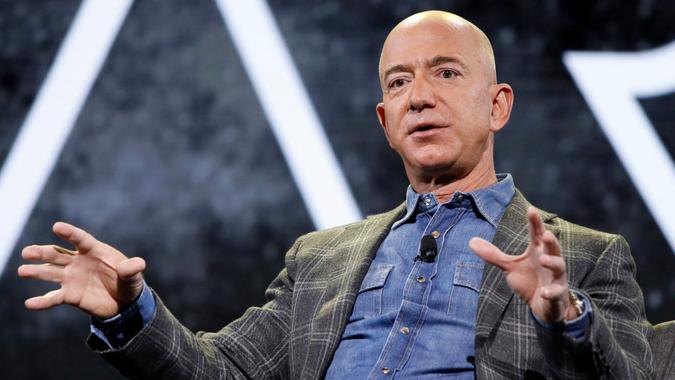 How 2019’s Newest Billionaires Got Their Start

Many of these new elites are self-made.