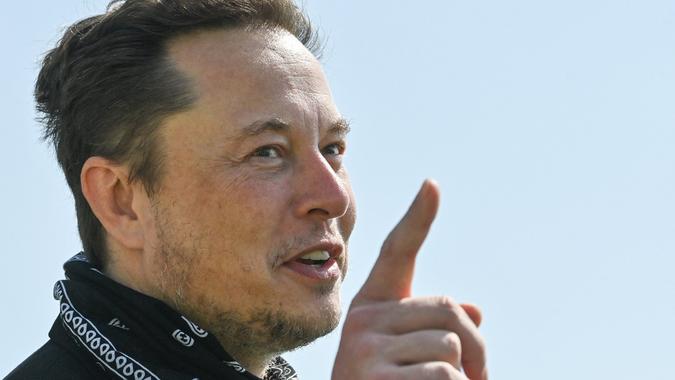 While many Americans struggled because of the pandemic, the cumulative wealth of The Forbes 400 richest Americans on the 2021 list grew 40% to an unprecedented $4.5 trillion. What didn’t grow alongside their dollars, however, is their generosity. Forbes reported that Amazon founder Jeff Bezos and Tesla CEO Elon Musk — who account for the top two spots on Forbes’ list, with net worth of $201 billion and $190.5 billion, respectively — each gave away less than 1% of their wealth.

Explore: These 15 Billionaires Got Richer During the Pandemic
Billionaires vs. the Middle Class Across America: Who Pays More in Taxes?

To see just how philanthropic each of America’s 400 richest people are, Forbes assigned a philanthropy score from 1 to 5, with 5 representing the most generous givers, it explained.

Unfortunately, Forbes stated that the scores are lower than ever. The number of those who scored the highest (5 – indicating they’d donated 20% or more of their fortune in out-the-door giving) dropped to eight this year from just ten last year. The majority of the list either received a score of 1, meaning they have given away less than 1% of their net worth, or N/A. The number of people receiving a 1 rose from 127 to 156, while the number of recipients of every score from 2 to 5 declined compared to a year ago.

Related: Jeff Bezos Once Claimed Child Tax Credit Even Though His Net Worth Was $18 Billion

It’s not surprising to find the Oracle of Omaha on the list, as in 2006, he pledged to distribute all of his Berkshire Hathaway shares — more than 99% of his net worth — to philanthropy. In June, Buffett said in a statement that “with today’s $4.1 billion distribution, I’m halfway there.”

Those with a score of 4 — who gave away 10% to 19.99% of their wealth — include MacKenzie Scott, former New York City mayor Michael Bloomberg and nine others.

eBay founder Pierre Omidyar, hedge fund manager Jim Simons and 42 others had a score of 3, having given away 5% to 9.99% of their wealth.

The score of 2 – people who gave 1% to 4.99% of their wealth–was given to 116 people on the list, including: Facebook co-founder Mark Zuckerberg and Nike co-founder Phil Knight.

Finally, Musk and Bezos got a score of 1, and were joined on the penny pincher list by 154 others.