I have chosen one of the truly great business leaders of the world, Rex Tillerson, Chairman and CEO of ExxonMobil, to be Secretary of State.

The thing I like best about Rex Tillerson is that he has vast experience at dealing successfully with all types of foreign governments.

A controversial choice, Tillerson has never held public office and much of his experience dealing with foreign governments is based in oil dealings.

Find out more about the nominee’s net worth, his long tenure at Exxon and why many view him as a contentious choice for secretary of state.

Since taking the reins at Exxon as the company’s chairman and CEO in 2006, the Republican has earned more than $240 million, according to CNN. This includes $27.3 million in total compensation for 2015 — a $3 million salary, $2.4 million bonus and $18.3 million in stock awards. An 18 percent decline from 2014, Tillerson took a pay cut to keep shareholders happy amid a decline in profits caused by low oil prices.

Beyond his larger-than-life 2015 salary, the 64-year-old also received $213,290 from Exxon in his tax-qualified retirement savings account, $96,000 in life insurance premiums, roughly $74,000 in personal travel on company jets and the use of company property valued at approximately $24,000. In total, Tillerson has $218 million in Exxon stock and a pension plan worth an estimated $69.5 million, as per an April 13 proxy statement and form filed Dec. 9 with the Securities and Exchange Commission.

While Tillerson’s current salary is around 500 times the median U.S. household income, it’s about to change. He’ll take a drastic pay cut to $203,700 per year as secretary of state.

In 1975, The University of Texas at Austin grad landed a job at Exxon as a production engineer and has been with the company ever since. In fact, he’s never worked anywhere else.

Tillerson’s imminent departure won’t catch the company off-guard, as he was expected to step down as CEO in March, when he reaches the company’s mandatory retirement age of 65.

Landing at the No. 25 spot on Forbes’ 2015 list of The World’s Most Powerful People, Tillerson has raised eyebrows due to his close ties with Russia and Vladimir Putin. Once the head of Exxon’s Yemeni operations, he negotiated a $300 billion deal in 2011 for Exxon to join forces with Rosneft — Russia’s state-controlled petroleum company — to drill under the Arctic Ocean.

The U.S. blocked the deal by imposing economic sanctions on Russia — a move vehemently opposed by Tillerson — that reportedly cost Exxon approximately $1 billion. In 2013, Putin bestowed Tillerson with the Russian Order of Friendship — one of the country’s top foreign honors.

Senate Could Bar His Appointment

Of course, Tillerson won’t officially be confirmed as secretary of state until his appointment is approved by the Senate next year. Likely to be a very close vote for the controversial candidate, Politico notes it would only take three ‘no’ votes from Republican senators to oust him if all Democrats rally against him.

If the Senate does block Tillerson from taking office, the move would be extremely unconventional. In recent decades, the only person to be rejected by the Senate is George H.W. Bush’s defense secretary pick John Tower in 1989.

Tillerson, who is married and has four children, currently lives in Irving, TX.

Up Next: The Richest Presidential Candidates Who Never Got Elected 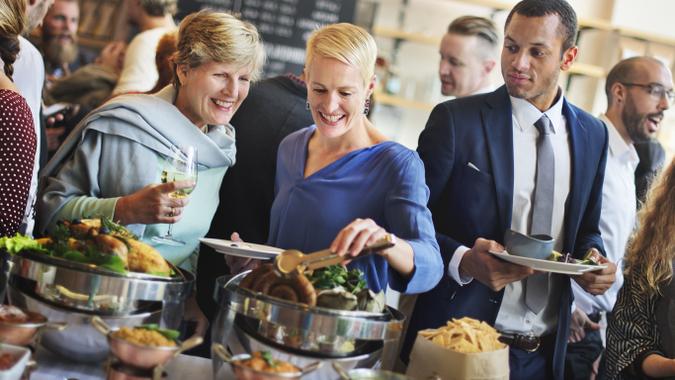 > Net Worth > Business People > From Exxon CEO to Secretary of State: Trump Adds Rex Tillerson to His Cabinet, Find Out His Net Worth and More