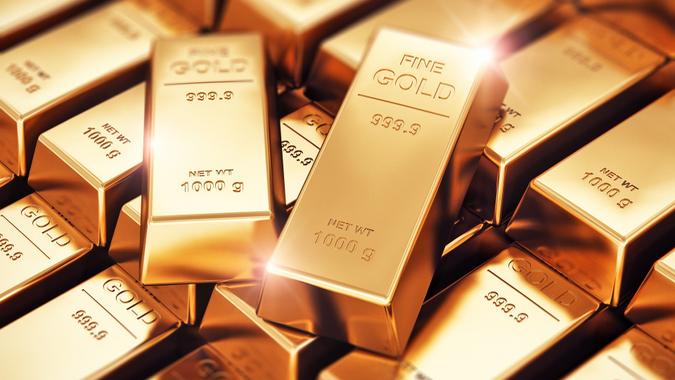 All of the richest people in the world share two common wealth-building traits: they all invest in businesses or have built companies that have gone on to be worth billions or trillions of dollars, and they’ve benefitted from the passing of time and the effect of compounding capital gains.

These people are founders, leaders, visionaries and innovators, each with a unique story behind their success that allowed them to amass vast amounts of wealth. Here’s a closer look at how the 10 richest people in the world, as listed on Bloomberg Billionaires Index, got to where they are.

Elon Musk is the richest man on the planet and has accumulated much of his wealth having founded Tesla. However, Musk has long been occupied with several other well-known companies and had his roots within a group known as the “PayPal Mafia.” This consisted of serial entrepreneurs and angel investors that made up PayPal’s alumni, who have been extremely successful in their own right.

In addition to his 25% stake in Tesla, Musk owns several other revolutionary businesses including SpaceX, Neuralink and The Boring Company. Following on from his multiple successes, he was in a deal to purchase the social media giant, Twitter in an all-cash transaction that was expected to be worth $44 billion. He continues to be a Twitter stakeholder.

Gautam Adani is the richest person in India, and his entrepreneurial DNA comes directly from his father, who owned a textile business. Despite the opportunity to inherit, Adani had no interest in the business and decided to follow his own ambitions to achieve great wealth. Soon after leaving home, Adani entered the diamond industry, which saw him quickly rise to millionaire status.

Upon acquiring this wealth, he founded Adani Enterprises, a conglomerate that now oversees several businesses in sectors such as energy, transportation, mining, infrastructure, logistics, cement and fast-moving consumer goods. Thanks to India’s economic growth, Adani’s stock market success and recent investments in green energy have added more than $40 billion to his net worth over the past year, propelling him toward the top of the rich list.

At 30 years old, Jeff Bezos left the finance industry to start a business that many saw as foolish — buying and selling books online. That company is known today as Amazon, and it’s currently valued at more than $1 trillion. Bezos is credited for pioneering the e-commerce landscape, which has become one of the largest industries in the world.

His creation didn’t just disrupt bookstores; it disrupted traditional retailers on many fronts. He transformed Amazon into a platform where shoppers can buy and sell almost everything and developed one of the most sophisticated logistics companies in the world. Not stopping there, Amazon grew to include Amazon Prime Video and Amazon Web Services and it is now the largest cloud service provider in the world.

Following his tremendous success, Bezos stepped away from the company but still is a top stakeholder in it. He has gone on to focus his efforts on Blue Origin, a sub-orbital space flight company with the goal of preserving Earth by colonizing space.

Bernard Arnault amassed his fortune in the luxury goods industry with the ownership of world-renowned brands such as Louis Vuitton and Christian Dior. By targeting wealthy demographics and maintaining a 47% stake in his company, LVMH, he has climbed his way to the top of the food chain just like many others on this list.

Arnault’s luxury fashion empire spans more than 70 brands, which he manages along with his siblings. As of January 2021, Tiffany & Co. was added to the panel for $15.8 billion, which was estimated to be the largest acquisition of all time in luxury fashion. Not limited to just fashion, Arnault also owns several luxury hotels and cruise lines that have only added to his wealth over the years.

Bill Gates was a tech-whiz kid growing up, having designed his first software program at age 13. What wasn’t known then was that he would go on to become a co-founder of Microsoft, the largest computer software company in the world. Microsoft was first founded in 1975, but Gates decided to step down as CEO in 2000.

Nicknamed the “Oracle of Omaha,” Warren Buffett is regarded as the greatest investor of all time. His holding company, Berkshire Hathaway, manages a portfolio of investments that include large positions in Apple stock as well as several bank stocks. Buffett has long spoken about the benefits of compound interest that have helped him accumulate his fortune.

Even as it continues to work in his favor, Buffett has pledged to give 99% of his wealth to charitable foundations and philanthropic causes during his final years, and he has already donated $45.5 billion. Despite his vast wealth, Buffett doesn’t live in a multi-million-dollar mansion. Instead, he still resides at the same Omaha house he bought in 1958 for just $31,500.

Larry Page co-founded Google in 1998 and was CEO until 2001. He returned as CEO from 2011 to 2015 and remains a board member and majority shareholder. Nowadays, Google has moved under the umbrella of Alphabet, the tech conglomerate holding company that owns YouTube, Google Play, Android, Fitbit, Mandiant, Looker and Nest.

Investing in the stock market can be a great way to build wealth. Anyone interested in buying stocks and ETFs to grow their finances should do their research first, weighing the risks and rewards before investing their money.

Sergey Brin, along with Larry Page, co-founded Google. So it’s no surprise he also made it onto the list of the richest people in the world. The pair met at Stanford University before starting their venture, and just like Page, Brin continues to hold an active role as a board member with a similar stake. More recently, Brin set up Bayshore Capital Management in Singapore, a region ripe for investment with favorable tax legislation, to manage his wealth.

Like many others on this list, Larry Ellison can attribute his great fortune to the rise of technology. Having founded Oracle in 1977 after dropping out of college, he grew the company from its start-up phase to one of the largest software and database companies in the world. Oracle now has a market capitalization of 187.7 billion, and Ellison has retained a stake of more than 40% to date.

Ellison made his own fortune, but thanks to substantial investments he made in Tesla before its meteoric rise, he generated a net gain of more than 1,000% on his capital. He joined Tesla’s board of directors in 2018; however, Tesla announced in June that Ellison would step down. He still holds about 1.5% of Tesla’s total outstanding shares.

Mukesh Ambani serves as chairman and managing director of Reliance Industries Limited, which grew from the yarn trading company his father started in 1957 to become India’s largest private-sector company.