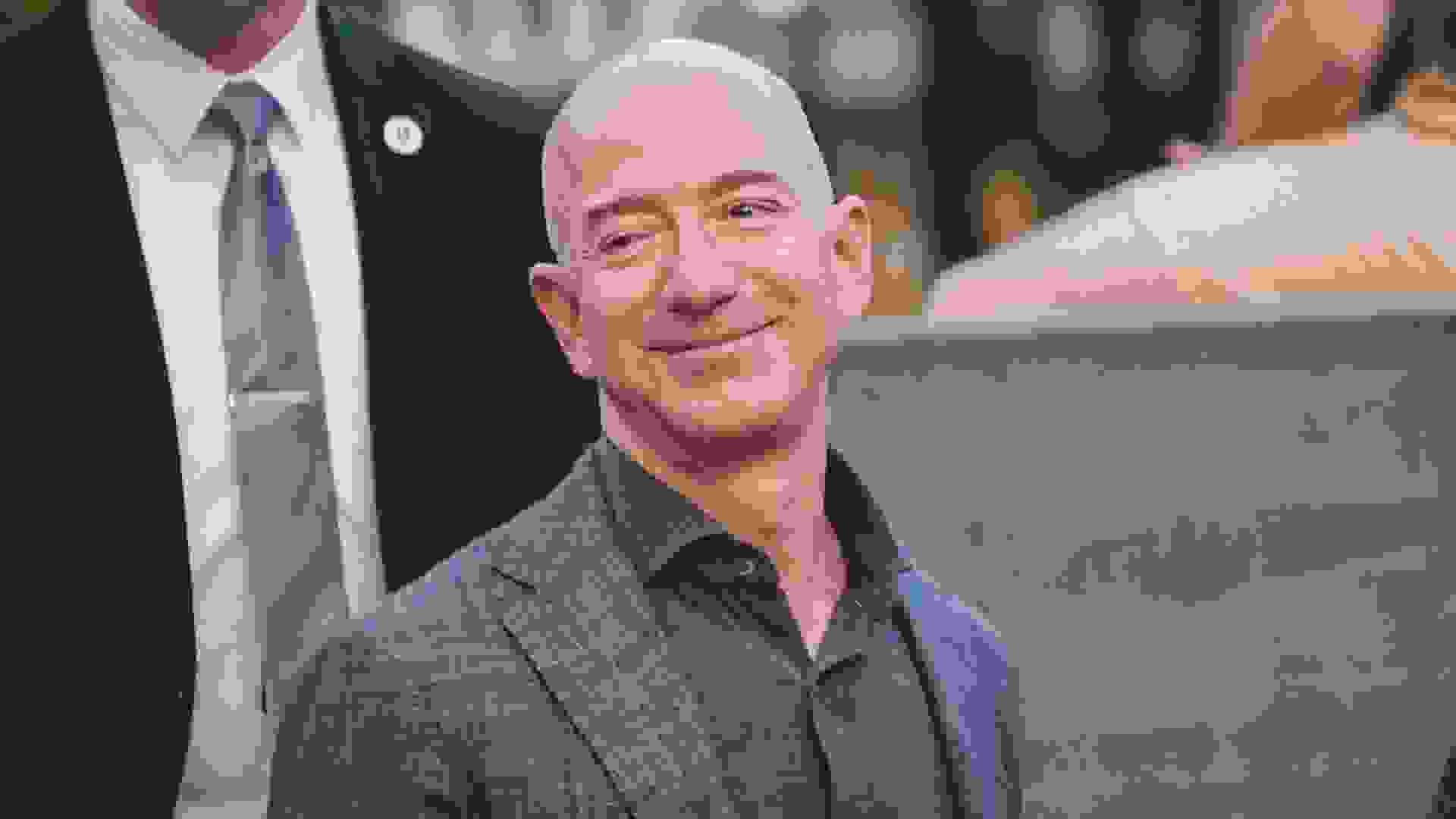 Jeff Bezos was flying high during the pandemic, both literally and figuratively. In August 2020, he became the first human being on Earth to amass a net worth of more than $200 billion. A little less than a year later in July 2021, he left Earth altogether when he hitched a ride to space with the cosmic company that he built on the side.

Find Out: 5 Collector’s Items Worth Selling for Extra Cash
Make More: 8 Items Around Your Home That May Be Worth More Than You Think

Now, with tech stocks in the toilet — Amazon shares have lost more than one-third of their value since the start of the year — Bezos’ personal fortune is mired in the low $100 billions. In fact, he’s now worth just $131.2 billion, according to Forbes as of May 11 — and all during the first year without stimulus payments to help him make it through.

Despite all that 12-figure heartbreak, Bezos still manages to live large — like really, really large. Here’s a look at the lavish lifestyle of the man who changed the way the world shops. 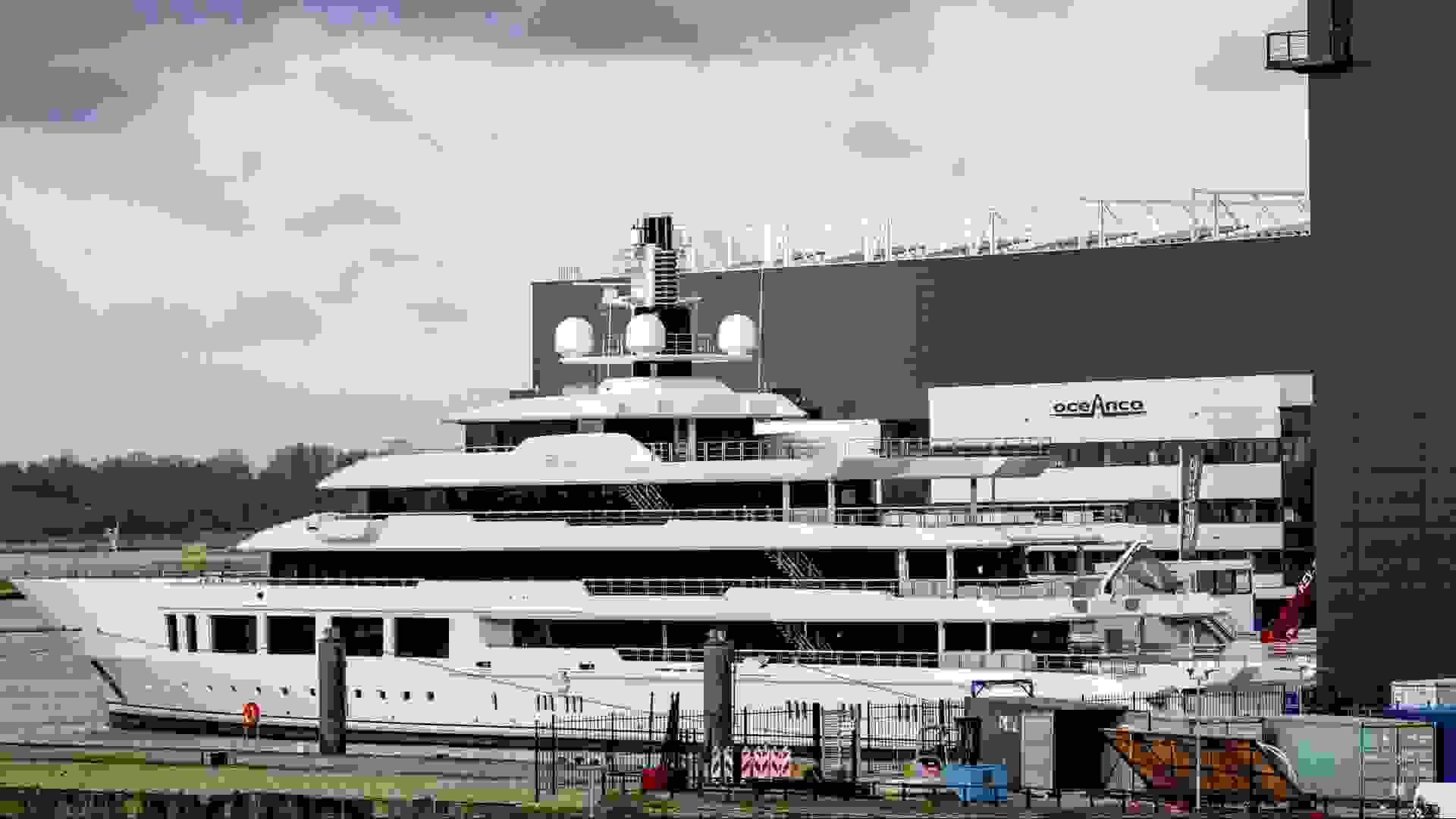 His Superyacht Has Its Own Support Yacht

In May 2021, just as the country was gearing up for the first summer that wasn’t all the way canceled, Bezos was in the news for his own plans for summertime fun in the sun. Bloomberg reported that Bezos was building a 417-foot, $500 million yacht.

Preposterously massive, even by the standards of oligarch superyachts, its three enormous sails were so tall that the Netherlands — the superyacht-building Mecca where it was born — is reportedly going to dismantle a historic bridge just so the record-breaking boat can sail out of Rotterdam, according to NPR.

Those sails also made it hard to land a helicopter — a fella has to have a helicopter on his yacht, of course — so Bezos commissioned a support yacht to sail alongside it with a helipad. At 246 feet long, the “shadow vessel” is no slouch, itself — it can accommodate up to 45 crew members and guests. 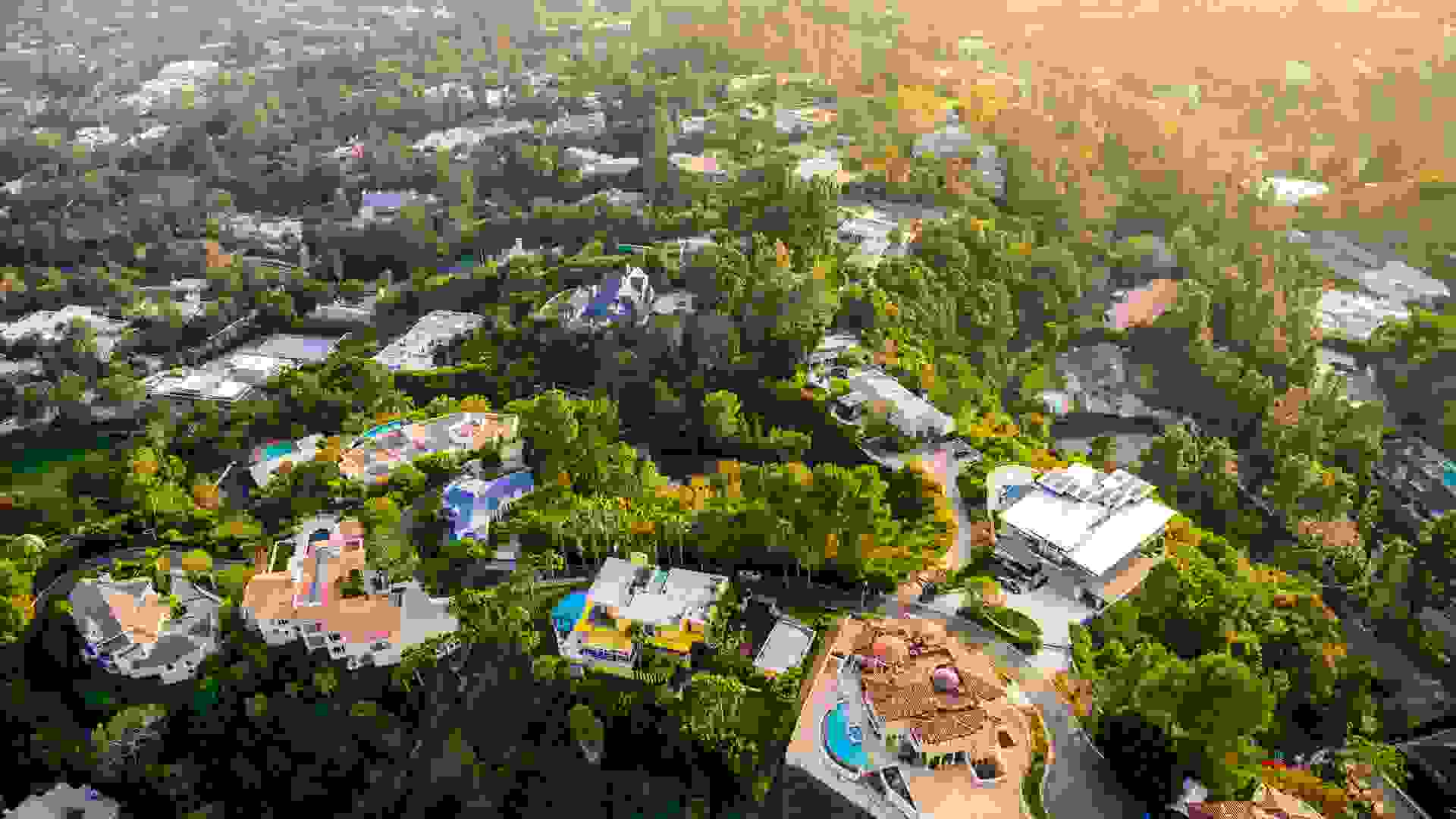 His Real Estate Portfolio Is Worth Another Yacht Plus $78 Million

At the end of 2021, Architectural Digest reported that Jeff Bezos had been quietly assembling a portfolio of properties worth an estimated $578 million. That’s enough for another record-breaking superyacht with close to $80 million to spare — perhaps enough for a second shadow vessel, depending on how much shadow vessels are going for in these times of high inflation.

Among his top real estate holdings are: 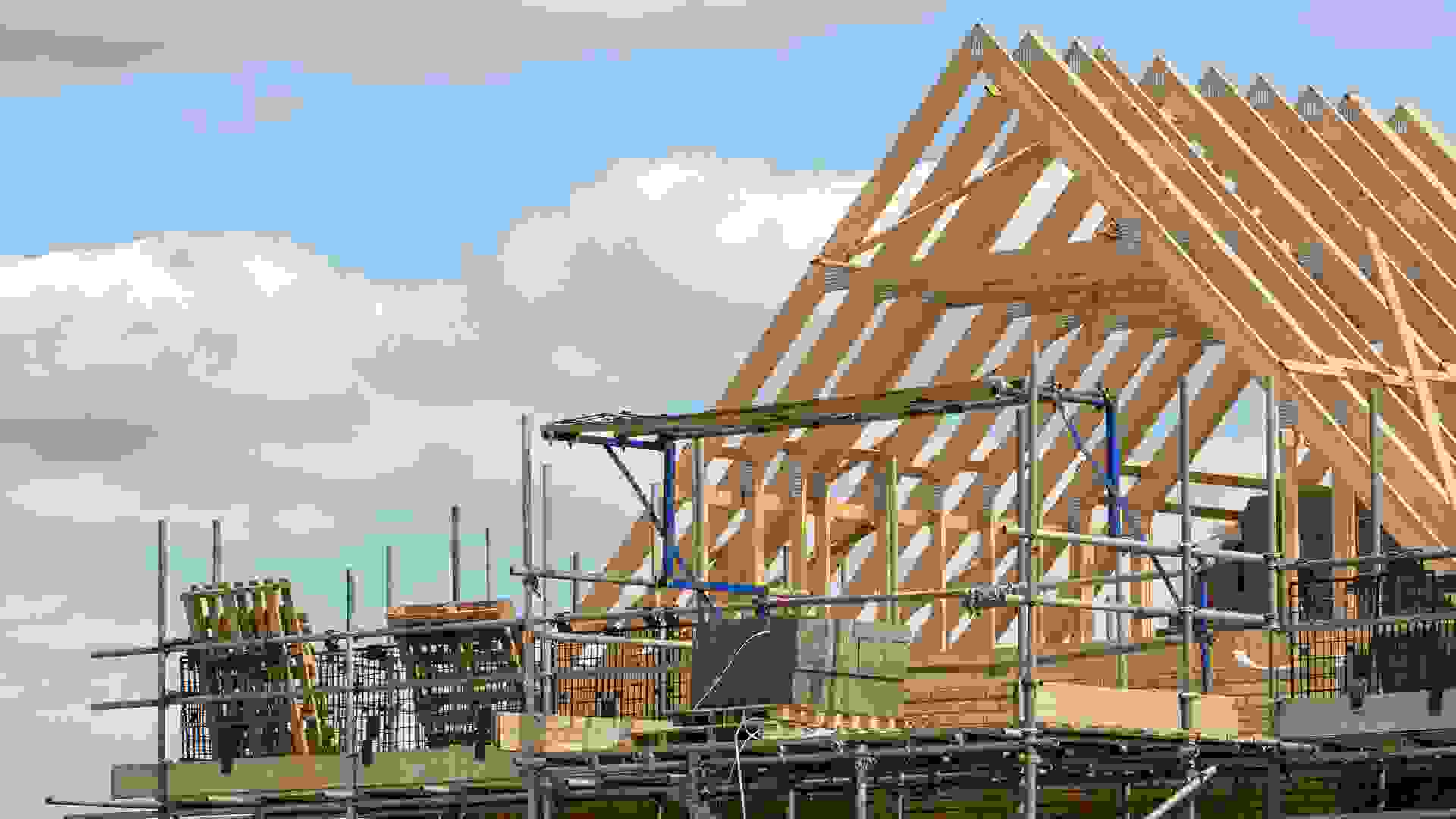 He Cobbles Together Mega-Mansions Made of Regular Mansions

A few years after he founded Amazon, Bezos started what would become one of his trademark mogul moves — buying clusters of adjoining mansions to create sprawling mansion-colonies.

Back in the ’90s, before he had real money, Bezos bought two homes with a combined 29,000-ish square feet situated on 5.3 acres in Seattle’s exclusive Medina neighborhood — where Bill Gates lives — according to Architectural Digest. A little later that same year, he added 24,000 square feet and 5 acres when he bought a third connected property. This time, the house next door was a Tudor-style mansion that was listed for $53 million at the time.

His greatest feat of mansion-building, however, took place in Manhattan, where he cobbled together a collection of five units in the exclusive Madison Square Park apartment building at 212 Fifth Avenue. Together, he owns around 20,000 square feet and $120 million worth of space in the building. He bought the first three as a package deal for $80 million then added the other two piecemeal. 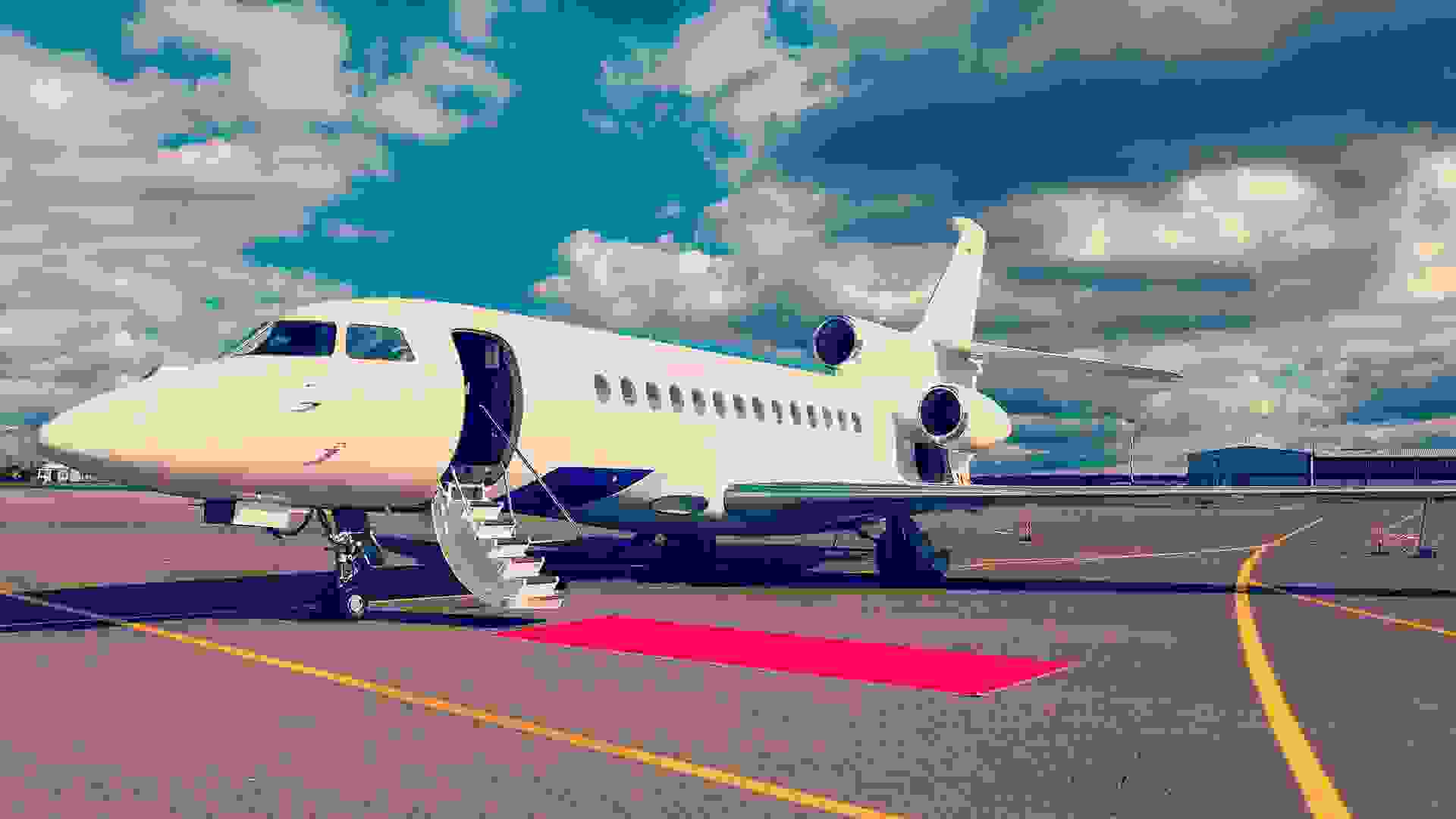 He Covers Miles Above the Ocean, Not Just On It

Even when Bezos isn’t traveling by yacht, he has a way of making waves.

In November 2021, the Independent reported that Bezos was catching heat for climate hypocrisy when he showed up to the Cop26 summit in a Gulfstream 650ER, which is apparently not great on gas.

According to Business Insider, the 650ER has been the must-have private jet of the world’s elite since it became the American manufacturer’s flagship upon its release in 2014 — Bezos’ space rival Elon Musk has one, too. One of the biggest private jets in the air, it can cover 7,500 nautical miles and its Rolls-Royce BR725 engines can do speeds of up to Mach .925.

One can be yours for just $65 million. 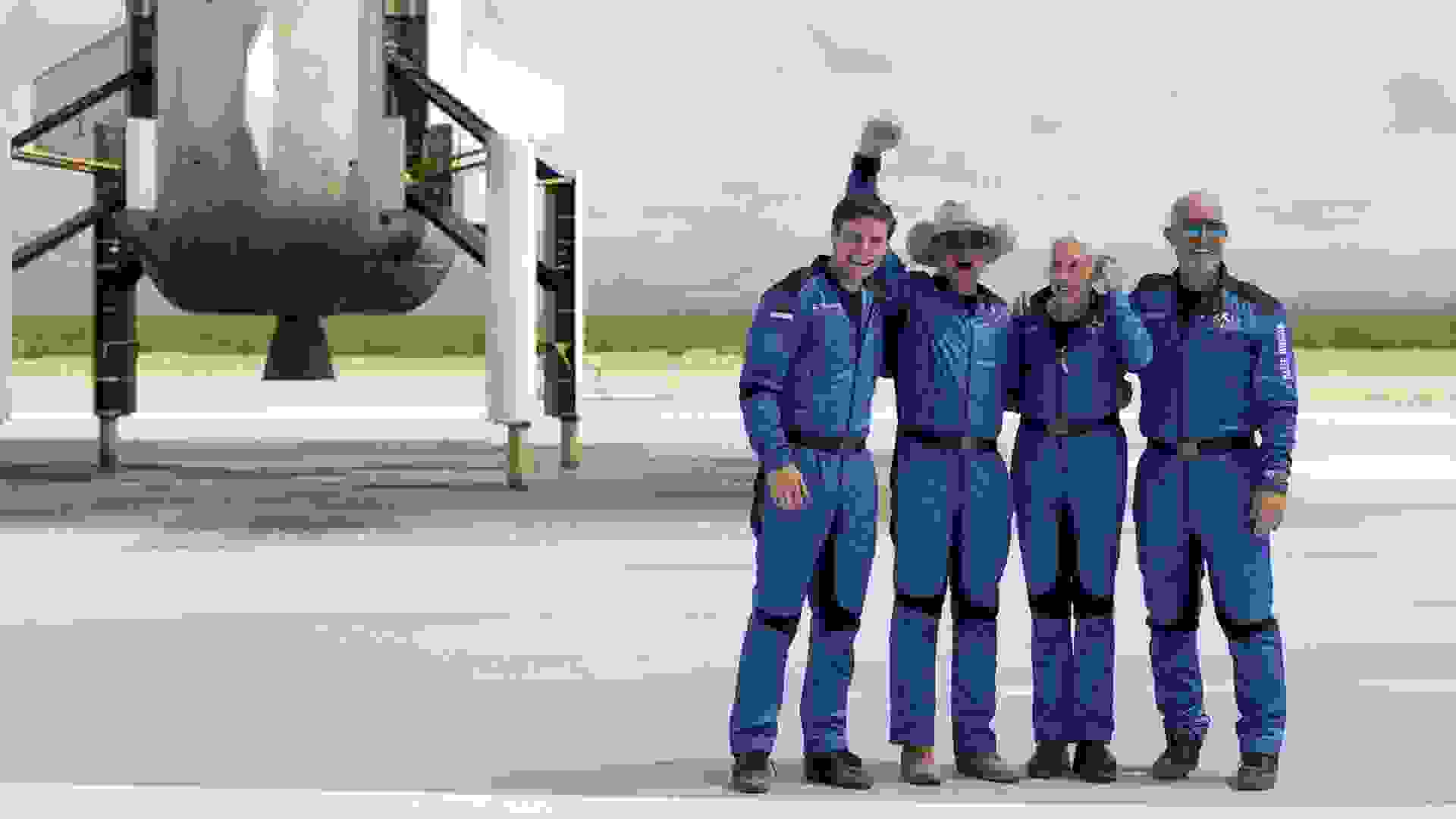 He Dropped $5.5 Billion To Spend 4 Minutes in Space

If you want to visit space, you could always try to catch a ride with NASA, but if your net worth is 10 times the space agency’s annual budget, as Fortune reported Bezos’ to be around the time of the launch, why not just build your own space company?

According to Fortune, the Amazon CEO put $5.5 billion into his private space company Blue Origin — that’s a side hustle when you’re Jeff Bezos — and it was Blue Origin that put the tech mogul into the cosmos. That’s about $1.38 billion per minute of hangtime.

Photo Disclaimer: Please note photos are for representational purposes only and may not reflect the exact item mentioned. 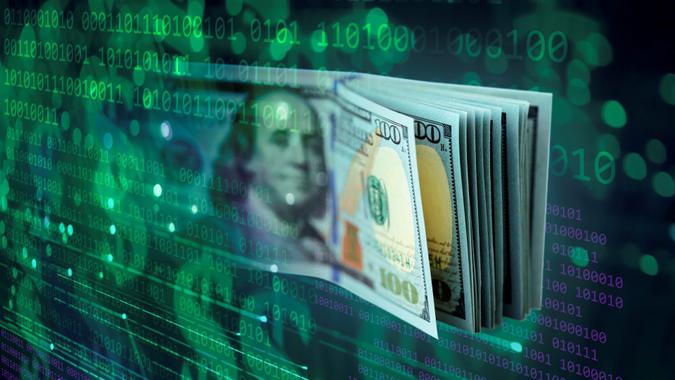 They didn't invest in the blockchain -- they built it.