How Rich Is Adam Sandler? 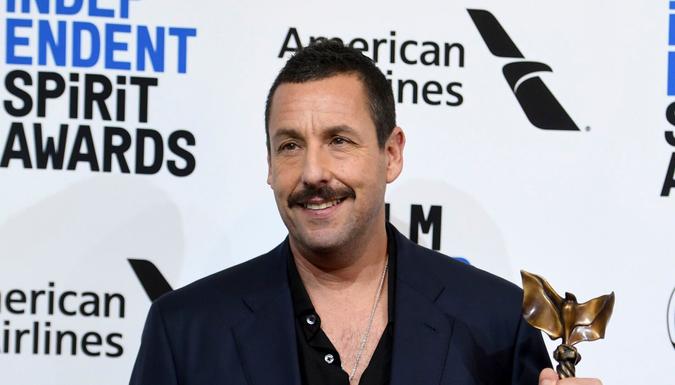 Adam Sandler, 55, is one of the most bankable entertainers around. His “Saturday Night Live” skits are still favorites on YouTube, and his first starring role in film, 1995’s “Billy Madison,” is considered to be a modern comedic classic. He has continued to be one of the most successful actors/comedians/writers/producers in the business. He has even been the highest paid performer of the year more than once.

Sandler’s films from the past 30 years have brought in $10 billion in the box office, according to TheThings. During that time, he has starred in more than 50 major films, earning at least $20 million per project for more than 20 of them, giving him a net worth of $420 million, according to Celebrity Net Worth.

In 2014, he made a $250 million multi-project deal with Netflix that seems to have turned out well for everyone involved, with Sandler reportedly earning $150 million in 2016-2019. In 2019, “Murder Mystery,” starring Sandler and Jennifer Aniston, was the most-watched film of the year on Netflix

Sandler signed a second deal with Netflix in January 2020, this one worth $275 for four films, according to The Associated Press.

Sandler is known for having incredibly loyal fans. Even if a film gets rotten reviews, it doesn’t keep people away from watching them. His first Netflix project, “The Ridiculous 6,” did not get good reviews. However, it was the most-viewed movie in Netflix history. He subsequently released “The Do-Over,” “Sandy Wexler, “The Week Of,” “Murder Mystery” and stand-up special “Adam Sandler: 100% Fresh.”

Adam Sandler was born to Judith and Stanley Sandler in Brooklyn, New York, on Sept. 9, 1966. When he was six years old, his family moved to Manchester, New Hampshire, according to Celebrity Net Worth. He returned to New York for college and started landing acting roles, including a recurring role as Smitty on “The Cosby Show,” prior to his graduation from New York University’s Tisch School of the Arts in 1988.

He tried his hand at standup comedy and eventually caught the attention of “Saturday Night Live” creator and executive producer Lorne Michaels. Sandler was hired as a writer for SNL in 1990 and became a cast member within a year.

Sandler continued to take on other acting roles during his off-time from SNL. In 1995, he was suddenly let go. Instead of sulking, he went on to build his career acting, writing and producting feature films through his Happy Madison Production Company.

After “Billy Madison,” other favorites, including “Happy Gilmore,” “The Wedding Singer,” “The Waterboy,” “Big Daddy,” “Mr. Deeds,” “50 First Dates,” “The Longest Yard” and “Grown Ups” and its sequels followed.

As his success grew, so did Sandler’s financially savvy when it came to salary negotiations. He demanded a base of $20-$25 million against 20-25% of gross profits for most of the films he made between 2000 and 2019.

Although Sandler is known for comedy, he also has starred in dramatic roles that met with critical praise, such as “Spanglish, “Punch-Drunk-Love” and “Uncut Gems.” Sandler also produces films he doesn’t star in but that feature his comedian friends such as Rob Schneider and David Spade, as well as his wife, Jackie.

The Netflix deals have brought even more money and opportunities to Sandler.

See: 19 Sequels That Made Much More Than the First Film
Find: The Biggest Box Office Bombs of the Past Decade

Sandler is a car enthusiast with an evolving garage. He regularly drives American cars and seems to love Cadillacs and muscle cars. Overall, he seems to stay on the high-end — but practical — side.

The Sandlers own properties in Hawaii, New York City, Long Island and in his hometown of Manchester, N.H., but their main residence is a $13 million mansion in Pacific Palisades, Los Angeles.