How Rich Is Alec Baldwin? 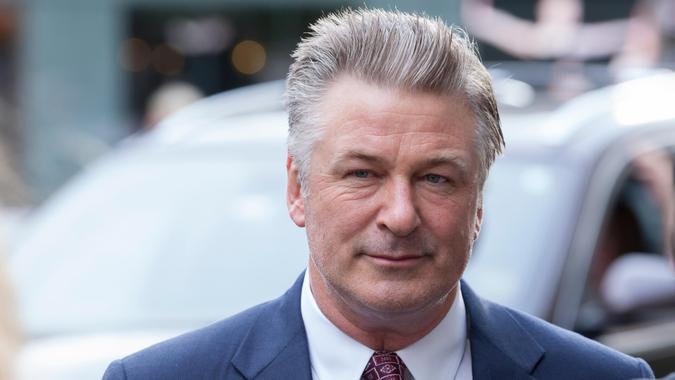 Alec Baldwin, who turns 64 on April 3, has been a versatile presence on the big screen, TV and theater since the mid-1980s. While it is his solid acting skills that have kept him working for so long, he is also well-known for his off-screen actions.

See: How Rich Is Pete Davidson?
More: What Is the Next Big Cryptocurrency To Explode in 2022?

He has appeared in films that include “She’s Having a Baby,” “Beetlejuice,” “Working Girl,” “Talk Radio,” “The Hunt for Red October,” “Glengarry Glen Ross,” “Ghosts of Mississippi,” “The Edge,” “Malice,” “The Aviator,” “Blue Jasmine,” “Pearl Harbor,” “The Departed,” Mission: Impossible — Rogue Nation” and Spike Lee’s “BlacKkKlansman.”

He has given his signature gravelly voice to “The SpongeBob SquarePants Movie,” “Madagascar: Escape 2 Africa,” “Rise of the Guardians” and “The Boss Baby.”

His starring turn for seven seasons on the NBC hit “30 Rock” and frequent appearances on “Saturday Night Live” have left audiences in stitches due to his outstanding comedic chops. While on “30 Rock” he took home a per-episode salary of $300,000, and he has a net worth of $60 million, according to Celebrity Net Worth.

Baldwin has won many awards, including three Primetime Emmy Awards, three Golden Globe Awards and eight Screen Actors Guild Awards. Many films he has starred in have been nominated for the Academy Award in the Best Picture category, with Martin Scorcese’s “The Departed” taking home that prize.

Baldwin was the pitchman for Capital One and reportedly donated all of his $14 million-plus earnings to charities.

Baldwin often has found himself on the covers of the tabloids for his off-screen actions. They include run-ins he has had with paparazzi he accused of invading his personal space or that of his family.

In 2007, he left an angry voicemail to his eldest daughter, Ireland, that was leaked to the press. She was 11 at the time. Four years later, he was kicked off a flight for refusing to comply with a flight attendant’s order to turn off his electronic device.

In 2014, he was arrested after he became belligerent with New York City police officers who ticketed him for riding his bicycle the wrong way along Fifth Avenue. He also had a long-standing Twitter feud with then-President Donald Trump, whom he portrayed in skits on “Saturday Night Live” during Trump’s time in office.

Currently, Baldwin is facing several civil lawsuits in the 2021 death of cinematographer Halyna Hutchins on the New Mexico set of the movie “Rust.” Baldwin fired the fatal shot “while practicing for a scene that required him to draw a gun,” according to The New York Times. Citing court records, The Times said Baldwin contends he is not responsible for her death because crew members told him there was no live ammunition in the gun and that his duties as a cast member or producer didn’t include firearm safety.

Alexander Rae Baldwin III is the second oldest of six children born to Carol and Alexander Jr. on April 3, 1958, in Amityville, New York. He attended George Washington University but eventually transferred to Tisch School of the Arts at New York University to train to become an actor. He also studied at the Actors Studio to further hone his craft. He earned his BFA from NYU in 1994.

His first professional acting gig was on the soap opera “The Doctors.” In 1985, he landed a recurring role on the hit nighttime soap opera “Knots Landing.” Broadway came next, in 1986, when he starred in the play “Loot.”

Baldwin began his climb to leading-man status in 1988 with a supporting role in “Working Girl” but was one of the top-billed stars in Tim Burton’s “Beetlejuice.” Getting cast as Jack Ryan in “The Hunt for Red October” solidified his status as a power player in Hollywood, and he has worked steadily ever since.

He also continued to guest star on TV shows and host talk shows and award ceremonies while regularly appearing in Broadway and off-Broadway plays such as “A Streetcar Named Desire,” “Macbeth,” “Equus” and “Orphans.”

His three younger brothers — Daniel, William and Stephen — followed in his footsteps and became actors, too.

On March 29, Hilaria Baldwin announced their seventh child is due this fall.

Baldwin is a philanthropist. In addition to donating his Capital One salary to charity, he has donated to literacy programs, theaters and symphony orchestras. He also created the Carol M. Baldwin Cancer Research Fund.

The Baldwins own a farmhouse in the Hamptons and a Greenwich Village penthouse. He purchased the East Hampton farmhouse in 1995 and paid $11.709 million for the 4,137-square-foot penthouse in 2011. The Baldwins purchased additional units in the same building in 2012 and 2013 for $1.21 million and $2.25 million, respectively, according to Mansion Global, citing city records. The New York Post reported in February that Baldwin has been “quietly shopping” the Greenwich Village triplex since the start of the COVID-19 pandemic.

After the shooting on the “Rust” set, the Baldwins temporarily left the city and headed to Vermont. The couple bought a late-1700s farmhouse set on 55 acres in Arlington, Vermont, on Feb. 15 for $1.75 million, the local Bennington Banner reported. The property features a 3,600-square-foot main house, a renovated 1,800-square-foot guest cottage and a variety of outbuildings.