How Rich is Amber Heard? 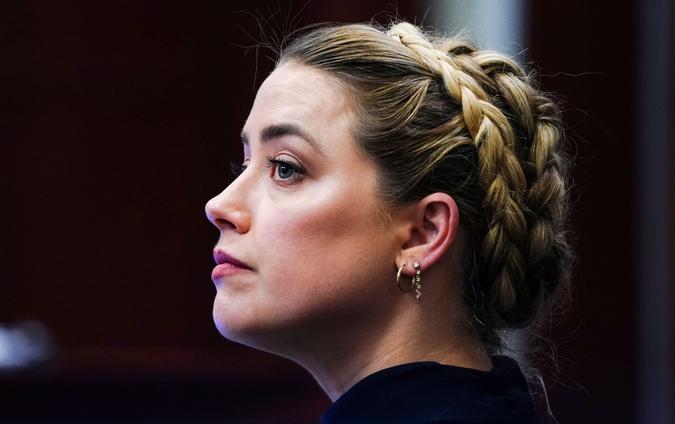 Amber Heard, is an American actor, model and activist who is making more headlines from her messy divorce from Johnny Depp than she has for her films. She is most known for playing warrior princess Mera in the DC Universe films “Justice League” and “Aquaman,” but now she is battling it out in court where she is being sued for defamation and libel of her ex for a tune of $50 million.

See: How Much is Jason Momoa Worth?
Find Out: How Rich is Johnny Depp?

Heard has typically portrayed the pretty or sexy girl in films including “Friday Night Lights,” “Zombieland” and “All the Boys Love Mandy Lane.”

During the span of her career, she appeared in more than 50 TV shows and films and vacillates between mainstream and indie film projects.

As a model, she was the face of L’Oreal and Guess jeans.

Heard has a net worth of $8 million, according to Celebrity Net Worth.

Amber Laura Heard was born to Patricia and David Heard in Austin, Texas on April 22, 1986. When she was a teenager, she participated in many beauty pageants which led her to model. She left school at 17 and relocated to New York City to become a model. Soon after, she switched over to acting and moved to Los Angeles.

Heard got her acting start by appearing in music videos, but then landed bit parts on TV shows including “Jack & Bobby” and “The O.C.”  In 2004, she landed her first film role in “Friday Night Lights.” More movie and TV roles followed, but she didn’t have another hit film until she starred in “Pineapple Express” in 2008. That same year she also starred in “Never Back Down.”

While she had a handful of hit projects that included “Zombieland,” she also starred in some box office bombs including “The Informers,” “All the Boys Love Mandy Lane,” “The Joneses” and “The Stepfather.”

2015, however, was a good year for the actress. She starred in four major films including “Magic Mike XXL,” “The Danish Girl,” “The Adderall Diaries,” and “One More Time.”

Heard spent some time in legal battles before her involvement with Depp. She is an American Civil Liberties Union (ACLU) ambassador and is an ardent proponent of the SHIELD Act, LGBTQ issues and ending domestic violence.

She was arrested in 2009 for domestic violence against then-girlfriend Tasya van Ree, for allegedly grabbing van Ree’s arm in an airport. In 2011 the record was removed from the court system and van Ree insists the incident was taken out of context.

In 2015, she was sued by Nicola Six Limited for $10 million after the release of the poorly-received movie “London Fields” for unauthorized script changes and failure to complete voice-over work. She countersued producers in 2017 for hiring a body double for additional nude scenes which was a contract violation. The suit was settled with no payments made by either side.

In December of 2018, Heard wrote an op-ed that was published in The Washington Post where she discussed being a domestic abuse survivor. As her ex was known to be Depp, he sued her for defamation and libel for $50 million in 2019. She countersued for defamation in the amount of $100 million in 2020, the court proceedings for which began on April 11, 2022.

The actress first met Johnny Depp while appearing in “The Rum Diary” in 2011. They dated for a few years and were married in February of 2015.  They divorced in 2017.

In 2018, after claiming to have been a victim of domestic violence she took out a restraining order against Depp. He, in turn, contended that he was the victim of domestic abuse in their relationship. He eventually lost his case and she was paid a $7 million divorce settlement.

While she claimed to have donated that money to charity, it has been disputed how much was received by the ACLU and the Children’s Hospital of Los Angeles.

After her divorce, she dated Elon Musk for about a year and then art dealer Vito Schnabel in 2018. She is currently dating cinematographer Bianca Butti. The pair has been together since 2020.

In April 2021, Heard had a daughter, Oonagh Paige, via surrogate.

See: These 18 Stars and Billionaires Played College Football Before Hitting It Big
Find: The Costly Divorces of Country Music Stars

Amber Heard will appear as Mera in “Aquaman and the Lost Kingdom” in 2023.