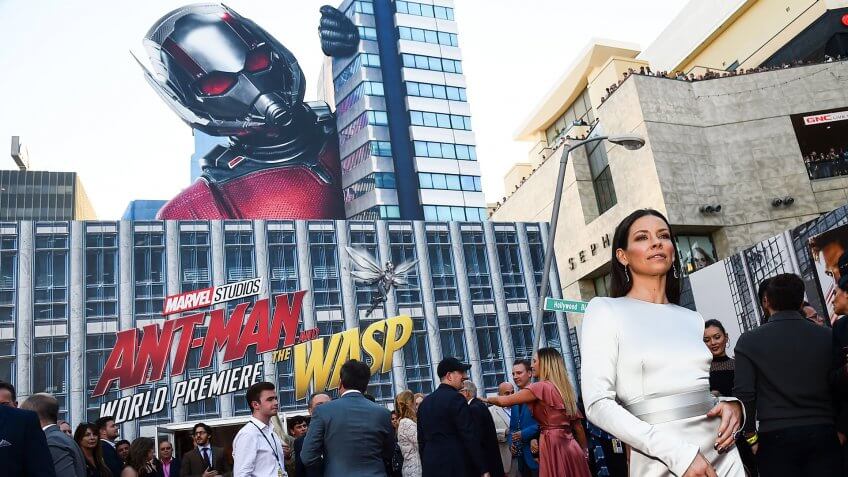 Marvel is back at it again. With the success of the first “Ant-Man,” which grossed just over $519 million worldwide, its sequel, “Ant-Man and the Wasp” is sure to be another box office smash when the movie hits theaters July 6.

The movie follows lead character Scott Lang (Paul Rudd) as he balances father life with a new urgent superhero mission. Like most blockbuster movies, this film has an all-star cast.

Click through to learn how much the “Ant-Man and the Wasp” cast is worth, find out more about the cast members’ careers and upcoming projects and see where they rank among the highest grossing actors of all time. 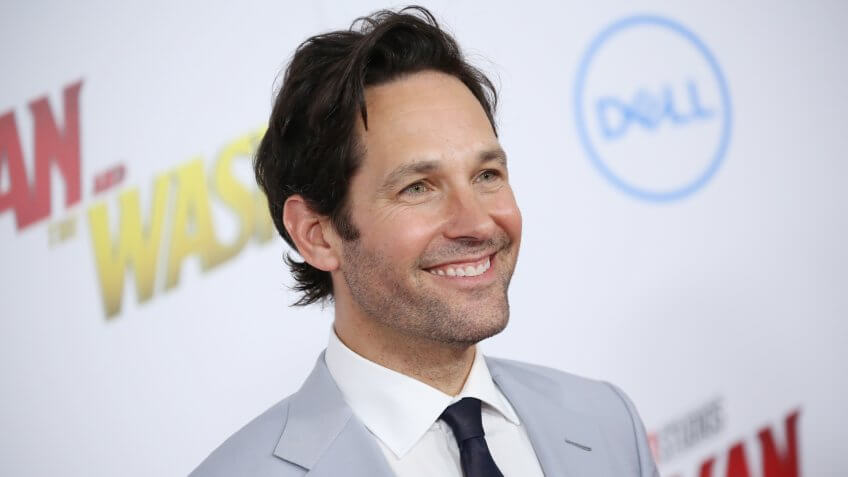 Starring as the lead character in “Ant-Man and the Wasp,” Paul Rudd landed his breakout role in the 1995 box office hit “Clueless.” Although Rudd has appeared in films of all genres, he is best known for his comedic performances in movies such as “Anchorman: The Legend of Ron Burgundy,” “The 40-Year-Old-Virgin,” “Knocked Up,” and “Sausage Party.”

For his role in the first “Ant-Man,” the comedic actor scored an estimated $300,000, according to TheRichest. 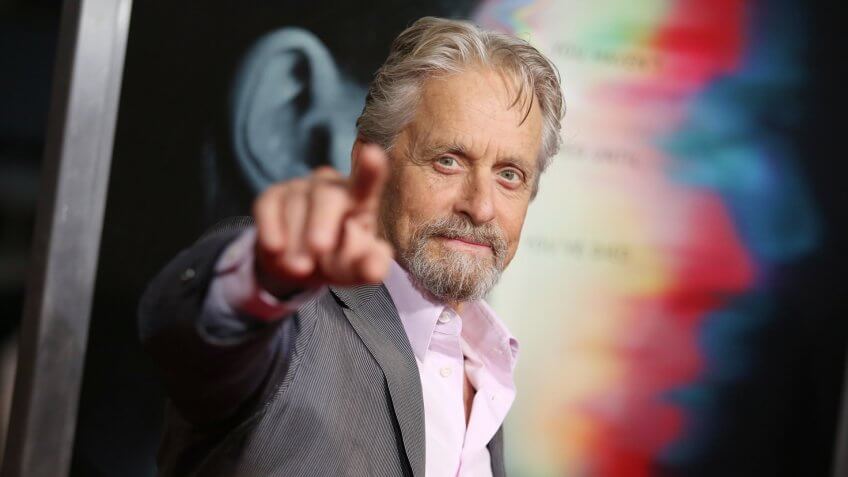 Back as Dr. Hank Pym, Michael Douglas hails from cinema royalty as the son of actors Kirk Douglas and Diana Dill. Besides his performance in the previous “Ant-Man” film, the New Jersey native is most famous for his role in “Wall Street,” for which Douglas took home the Oscar for best actor. That and other notable roles have helped the actor build his $300 million fortune.

Douglas has found success as a producer too, winning the Academy Award for best picture in 1976 for “One Flew Over the Cuckoo’s Nest.”

He and his wife, actress Catherine Zeta-Jones, also happen to be one of Hollywood’s richest couples. 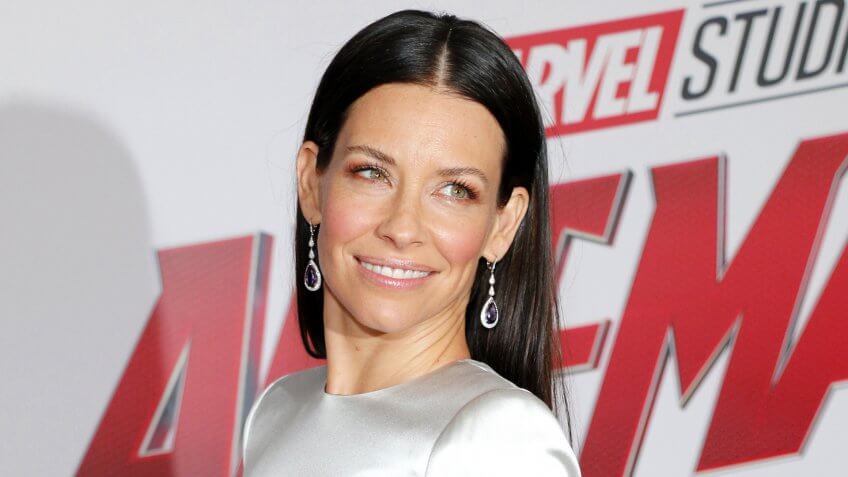 The Canadian actress who plays Hope van Dyne/The Wasp in the “Ant-Man” sequel was the star of the hit television show “Lost,” which earned her a Golden Globe nomination. Lilly also appeared in the critically acclaimed film “The Hurt Locker,” which was the first film directed by a woman to receive the Academy Award for best director.

In addition to her success as a film actress, Lilly has starred in a number of commercials for major brands such as L’Oreal Paris, Michelle K. Footwear and Baume et Mercier. 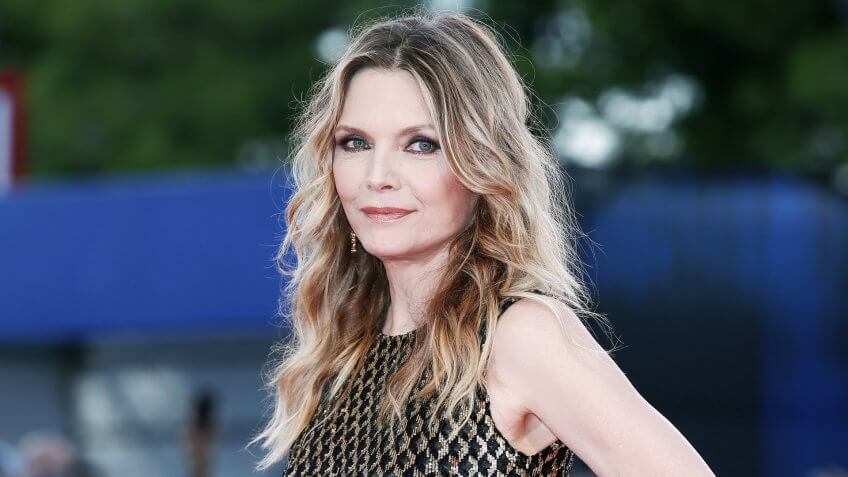 California native, beauty icon and bona fide A-lister Michelle Pfeiffer attracted worldwide fame when she starred as Elvira Hancock in the 1983 film “Scarface.” She continued to make her stamp on Hollywood with roles in “Dangerous Liaisons,” “Batman Returns,” “The Fabulous Baker Boys,” “Hairspray” and “What Lies Beneath,” for which she reportedly earned $10.5 million, according to TheRichest.

Her most recent films include “Murder on the Orient Express” and “Mother!” starring Jennifer Lawrence. 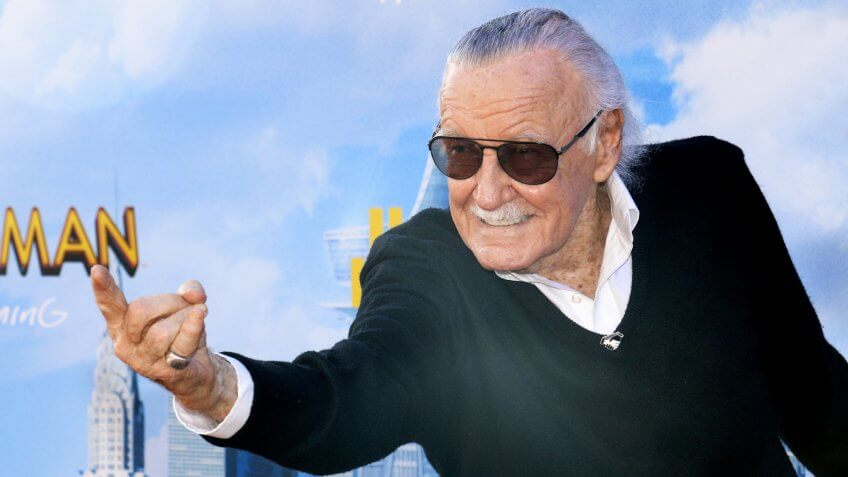 Comic book writer and former head of Marvel Comics, Stan Lee is not worth as much as you might think at $50 million. The co-creator of some of America’s favorite comics like “Spider-Man” and “Iron Man” — both of which became billion-dollar movie franchises — was inducted into the Will Eisner Comic Book Hall of Fame in 1994, according to Celebrity Net Worth. Lee also received the National Medal of Arts in 2008 and was named a Disney Legend at D23 in 2017. 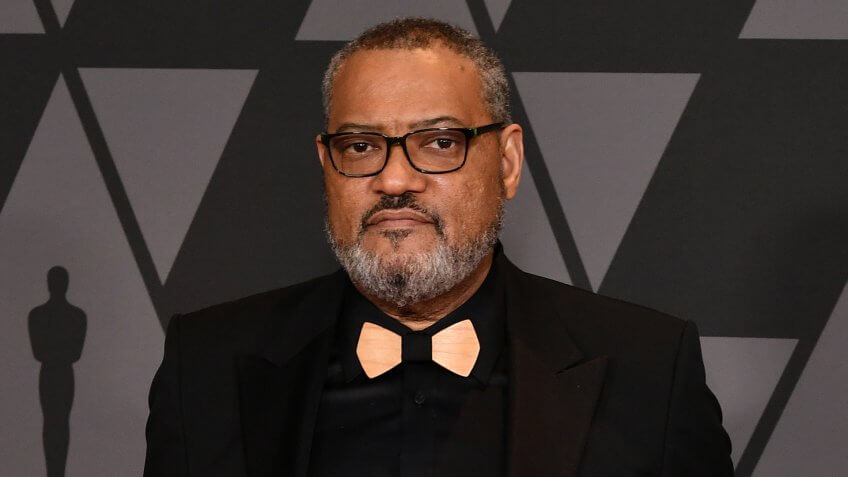 New to this franchise, Laurence Fishburne has accumulated his $20 million through films such as “Boyz in the Hood,” “Mission Impossible III” and “The Matrix” movies.

In addition to film, Fishburne has acted on television, appearing in the TV series “Hannibal,” for which he commanded $175,000 per episode. In 2014, Fishburne was cast in ABC’s hit show “Black-ish.” The show is currently in its fifth season. 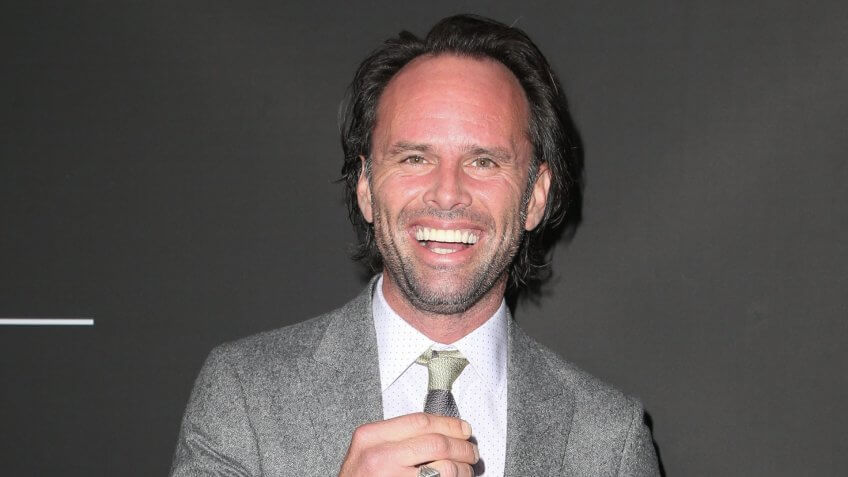 Despite already having an established acting career — which included guest appearances in multiple television series and roles in popular films such as “The Apostle” and “Shanghai Noon” — Walton Goggins didn’t gain notoriety until he was cast as Detective Shane Vendrell on “The Shield.”

After his breakout performance in that show, he went on to star in the critically acclaimed series “Justified” and in two Quentin Tarantino films: “Django Unchained” and “The Hateful Eight.” 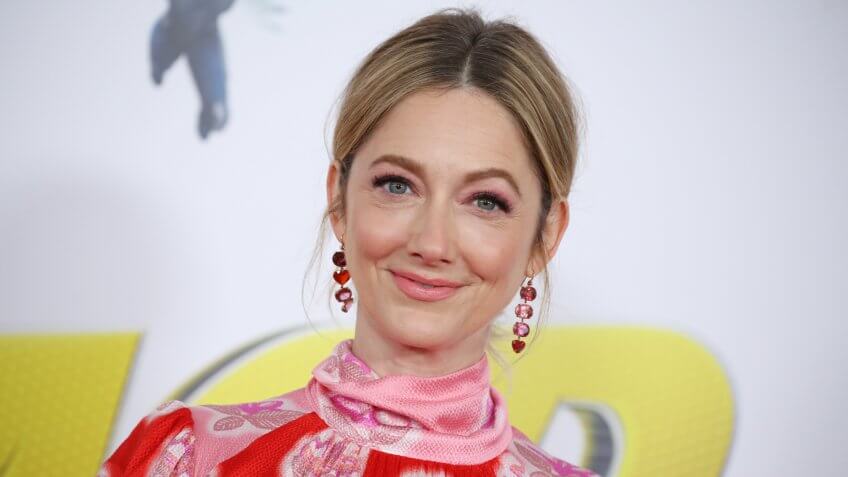 Returning as Maggie Lang for “Ant-Man and the Wasp,” Judy Greer has appeared in a string of television shows and movies that have helped her amass a $5 million fortune.

Beginning her acting career in the late ’90s, Greer had roles in “Love & Money,” “The Big Bang Theory,” “Californication,” “Two and a Half Men,” “Arrested Development,” and “Archer.” She also has had supporting roles in several major motion pictures including “27 Dresses” and “Jurassic World,” the latter of which made over $1.67 billion worldwide.

Did You Know? 15 Celebrities With Surprisingly Small Fortunes 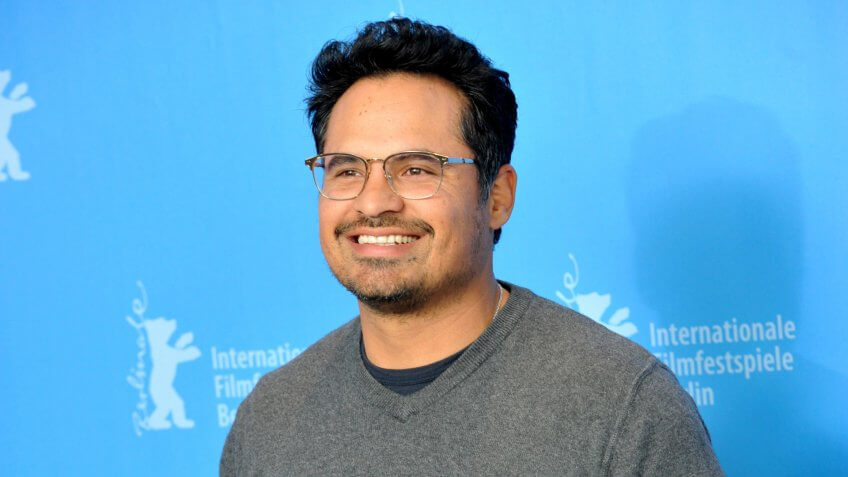 Reprising his role as Luis in the “Ant-Man” sequel, Michael Pena’s resume stretches all the way back to 1994, when he appeared in his debut film “Running Free.”

His career reached new heights in 2004 when he scored parts in two Oscar-winning movies, “Crash” and “Million Dollar Baby.” Recently the actor starred in the comedy “CHiPs” and “A Wrinkle in Time.”

Pena has also had roles in popular TV series, such as “Moesha,” “7th Heaven” and “Felicity.” He is set to appear in the fourth season of the Netflix crime drama “Narcos” in 2018. 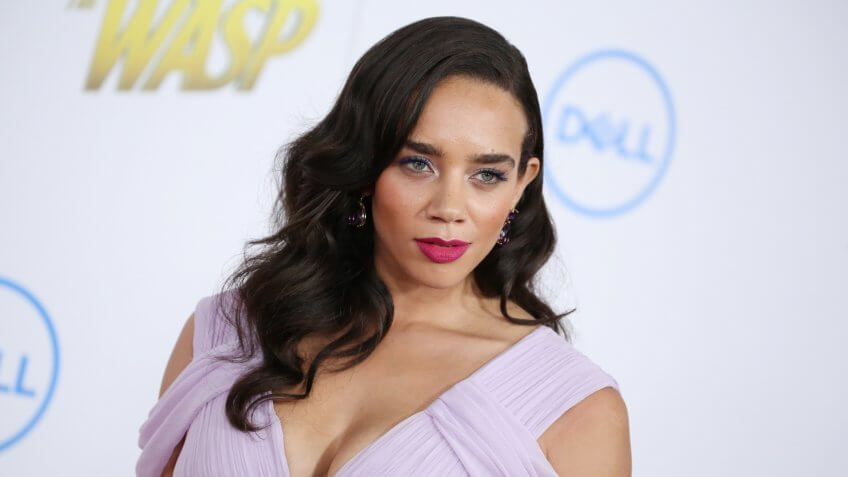 Hannah John-Kamen is a 28-year-old actress from the U.K. who has made a big splash in Hollywood in her relatively short career.

John-Kamen’s first role came in 2011 on the British television series “Misfits.” She followed that up with appearances in “The Hour,” “Star Wars: Episode VII — The Force Awakens,” “Game of Thrones,” “Black Mirror,” and the Steven Spielberg-directed film “Ready Player One.”

Click through to see the richest celebrity from every state. 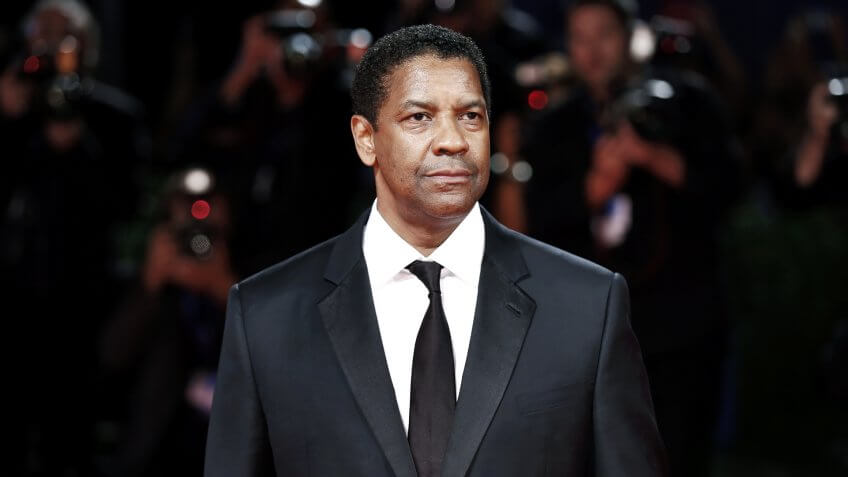 Denzel Washington Net Worth: From ‘Glory’ to ‘The

See how huge the Oscar winner's fortune is now.