Actress Asia Argento — one of the first women to accuse disgraced film producer Harvey Weinstein of sexual assault in the 2017 New Yorker article that spelled his downfall and laid the foundation for the #MeToo movement — paid $380,000 to former co-star Jimmy Bennett after he accused her of sexually assaulting him in 2013 when he was 17, reported CNN and The New York Times.

Argento has since denied the accusation. What’s more, she claims that celebrity chef and “Parts Unknown” star Anthony Bourdain, whom she was dating at the time of his death, financed the payoff. Of the claim, Argento said she was “deeply shocked and hurt by having read news that is absolutely false,” reported Entertainment Weekly.

Argento met Bennett when filming 2004’s “The Heart Is Deceitful Above All Things,” which grossed only $211,355, according to Box Office Mojo. Bennett gave Argento a photograph of the two of them lying in bed and its copyright as part of the $380,000 settlement after initially asking Argento for $3.5 million in damages, reported CNN. Argento paid the first installment of the settlement in April 2018, according to the Times. If Bennett had received the full amount he initially requested, it would have been equal to about one-fifth of Argento’s entire net worth.

Weinstein’s lawyer Ben Brafman issued a statement to the media calling Argento a hypocrite. At the closing ceremony of the Cannes Film Festival in May 2018, she used her time on stage to describe the time when Weinstein assaulted her, calling it “disgusting behavior that has no place in this industry.”

Weinstein was reportedly worth about $300 million before the New Yorker report. He had developed a reputation for making victims of his alleged sexual assaults sign non-disclosure agreements and for paying settlements to them through his now-defunct production studio The Weinstein Company, which was sold to private equity firm Lantern Capital for $289 million in July 2018, according to Vanity Fair. Weinstein’s settlements included:

I got to know Asia Argento ten months ago. Our commonality is the shared pain of being assaulted by Harvey Weinstein. My heart is broken. I will continue my work on behalf of victims everywhere.
— rose mcgowan (@rosemcgowan) August 20, 2018

Related: Most Expensive Scandals of the Last Year

Asia Argento’s net worth is estimated to be $16 million, according to Celebrity Net Worth. Some entertainment ranking sites list her as one of the richest actresses and celebrities in Italy.

Who Is Asia Argento?

Argento has two children. She met Bourdain while he was filming an episode of “Parts Unknown.” 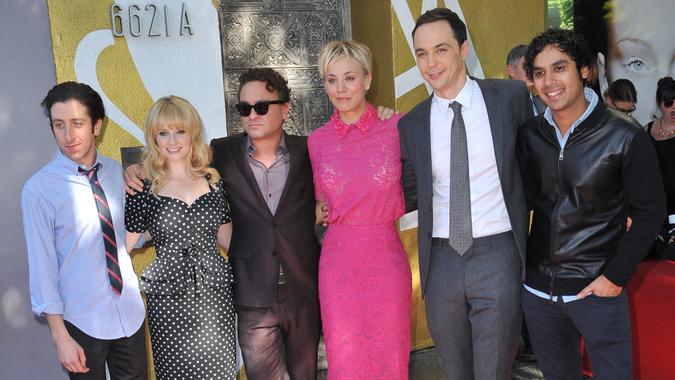 ‘Big Bang Theory’ Ending: See How Much Jim Parsons and

The original cast members are the highest-paid comedy TV actors.