After a nearly two year separation, Ben Affleck and wife Jennifer Garner have officially called it quits. The couple filed for divorce on April 13 and are seeking joint custody of their three young children.

The Hollywood pair first announced their split back in June 2015, just one day after their 10th anniversary.

A lot is at stake in the Jennifer Garner-Ben Affleck divorce. According to TMZ, the pair has no prenup and they have a vast fortune and real estate to divide.

Related: The True Cost of Divorce in America

Affleck is worth an estimated $105 million, according CelebrityNetWorth. The two-time Academy Award winner earned $43 million in 2016, according to Forbes.

The 44-year-old amassed his fortune by writing, acting and directing a slew of box office hits. Some of his most noteworthy projects include “Good Will Hunting,” “Pearl Harbor,” “The Town,” “Argo,” “Gone Baby Gone” and “Gone Girl.” His latest directorial film, “Live by Night,” was a box office flop, leaving Warner Bros. with a $75 million loss, Variety reported.

Affleck is slated to reprise his role of Batman in several upcoming films, in addition to producing the 2019 movie, “Witness for the Prosecution.”

Garner’s net worth is $60 million. Her acting career dates back more than 20 years to the 1995 television movie “Zoya.” She starred in the hit series “Alias” for five seasons and has gone on to play a lead role in a number of big films, such as “13 Going on 30,” “Juno” and “Dallas Buyers Club.” The 45-year-old actress has recently taken more time off to raise the couple’s three children.

Garner’s upcoming projects include “Llama Llama,” “The Tribes of Palos Verdes,” and “Simon vs. The Homo Sapiens Agenda.”

How the Jennifer Garner-Ben Affleck Divorce Will Impact Their Finances

The couple reportedly had no prenuptial agreement. The duration of their union could be significant, as California Family Code Section 4336 cites a 10-year marriage as “long duration,” meaning in the absence of a prenuptial agreement, the court could set the terms for Affleck’s spousal support payments to Garner, as he is the highest earner.

In marriages lasting less than 10 years, alimony is typically paid for half the duration of the union. Standards are different for marriages lasting 10 or more years, as judges could order higher-earning spouses to pay alimony indefinitely.

No financial settlement has been announced. The divorce is being handled through mediation by famed celebrity divorce attorney Laura Wasser, TMZ reported.

Assets likely up for grabs in the split is the pair’s 8,800 square-foot Los Angeles home purchased for $17.55 million in 2009. Affleck also owns a 50-acre estate in Savannah, Ga., that he purchased for $7 million in 2003. Since the home was acquired before his marriage to Garner, it might not be considered community property.

The divorce could be final in six months.

Soon after Ben Affleck and Jennifer Garner called it quits in June 2015, rumors surfaced about Affleck having a relationship with their nanny.

In People magazine’s Aug. 17 cover story, sources reportedly told the publication that Garner found out about Affleck’s affair with the nanny — Christine Ouzounian — while on a family vacation in the Bahamas. Affleck and Ouzounian were allegedly having an affair for months, and the nanny was reportedly let go on July 1, 2015.

Affleck, however, has denied allegations about a cheating scandal. The actor’s rep said he and Ouzounian only had “a work relationship and friendship.”

In March of 2017, Affleck told fans in a Facebook post that he recently completed a stint in rehab for alcohol addiction.

“I have completed treatment for alcohol addiction; something I’ve dealt with in the past and will continue to confront. I want to live life to the fullest and be the best father I can be. I want my kids to know there is no shame in getting help when you need it, and to be a source of strength for anyone out there who needs help but is afraid to take the first step. I’m lucky to have the love of my family and friends, including my co-parent, Jen, who has supported me and cared for our kids as I’ve done the work I set out to do. This was the first of many steps being taken towards a positive recovery,” the actor wrote.

Next: The Best and Worst States to Get a Low-Cost Divorce 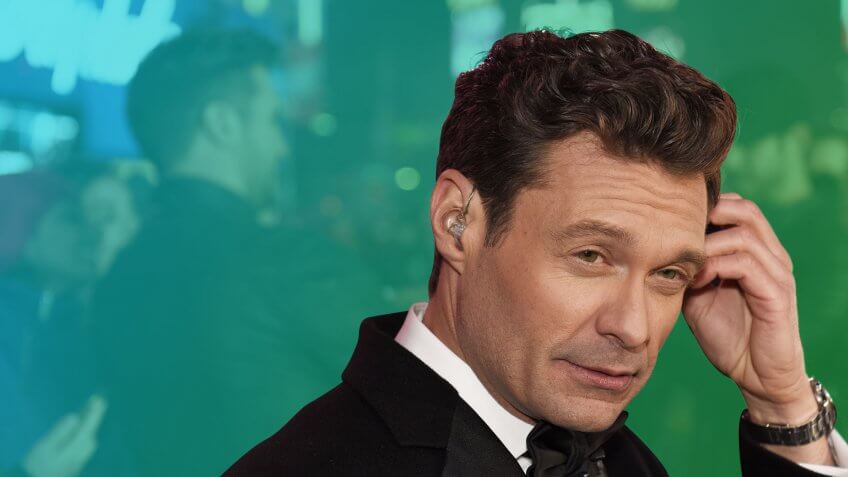 GOBankingRates > Net Worth > Celebrities > Ben Affleck Net Worth vs. Jennifer Garner Net Worth: Who Wins Out After the Divorce?