Not all pop singers can boast a fortune quite like Britney Spears. Thanks to an estimated 90 million albums sold worldwide, more than 4.8 million tour tickets sold — according to StatisticBrain.com — a Las Vegas residency and her numerous business ventures, the Grammy Award-winning singer’s net worth is sky high.

In celebration of Britney Spears’ birthday on Wednesday, Dec. 2 — she’s turning 34! — take a look at some of her most noteworthy financial milestones and how the “Oops!…I Did it Again” singer likes to spend her hard-earned millions.

Read: Britney Spears and Other Child Stars Who Became Millionaires

According to court documents E! News obtained in June, Britney Spears’ estate was worth just under $46 million at the end of 2014. These documents were released as part of the conservatorship agreement that Spears has with her father, Jamie Spears, who is overseeing her affairs. Although both E! and Yahoo report that the pop singer’s fortune is around the $46 million mark, CelebrityNetWorth reports Spears’ net worth is actually a staggering $185 million.

So why the large discrepancy?

In 2014, Yahoo reported that Spears’ net worth was $41 million, according to similar court documents. But according to CelebrityNetWorth, the Yahoo article didn’t clarify that the “$41 million is just the value of [Spears’] assets under conservatorship with her father.” So, it’s likely that this is the same reason why more recent court documents list her fortune at nearly $46 million while the entertainment finance site lists it at a whopping $185 million — the conservatorship might not include Spears’ “other” assets that she owns or controls. These particular assets could be worth more than $100 million.

Whether her net worth is $46 million or $185 million, one thing’s for sure — Britney Spears is pretty rich. Here’s how the songstress was able to build her net worth:

In December 1992, an 11-year-old Spears joined “The All New Mickey Mouse Club,” which also starred fellow superstars Justin Timberlake, Christina Aguilera, Ryan Gosling and JC Chasez. Although her earnings for appearing on the show — which ran from 1989 to 1994 — are unknown, it’s safe to say this gig probably gave Spears one of her first paychecks. But more importantly, it paved the way to future stardom.

Six years after joining “The Mickey Mouse Club,” Spears kicked off her first concert tour. And in that same year, her iconic “…Baby One More Time” music video premiered. In 1999, the following year, Spears hit some major music milestones: She released her debut album, scored her first major magazine cover on Rolling Stone, kicked off another tour, performed at the 1999 MTV Video Music Awards and released more music videos for “(You Drive Me) Crazy,” “Sometimes” and more.

Throughout the years, brands have capitalized on Spears’ girl-next-door image and sex appeal. As a recent Bustle.com article points out, some of her endorsements during the 2000s include the Got Milk? campaign, Skechers and Polaroid.

And of course, you can’t forget Spears’ famous Pepsi deal she struck when she was 19 years old. According to Business Insider, Spears’ Pepsi deal scored her $8 million.

Not only has Spears proven to be a successful performer, but she’s also a savvy businesswoman. She has her own fragrance line, which includes the Britney Spears Fantasy and Curious perfumes. And in 2014, Spears launched a lingerie line called the Intimate Britney Spears collection.

But before she got into the intimate apparel business, Spears has put her name on a variety of other products, including the video game Britney’s Dance Beat and a sunglasses line called Shades of Britney, reports Bustle.

While Spears might have starred in a few Pepsi commercials, when it comes to investing her own money in companies, she’d rather go with Coca-Cola. In 2013, E! News uncovered a list of investments and stocks the pop singer has dabbled in. They include:

TMZ reported that same year that Spears sold 574 shares of Coca-Cola and made a little more than $3,000. Meanwhile, she reportedly lost around $640 on McDonald’s and $1,300 on Chipotle.

In 2012, Spears added another gig to her resume: a judge on the U.S. version of “The X-Factor.” Joining Simon Cowell, Demi Lovato and L.A. Reid, Spears was reportedly paid $15 million to judge the reality singing competition show’s second season. She did not, however, return for Season 3.

Spears’ net worth saw a nice boost in 2014, most likely due to her Las Vegas residency at Planet Hollywood. And the steady and huge paychecks from her job entertaining tourists are about to get even bigger.

After the initial huge success of her Las Vegas show, “Piece of Me,” Spears negotiated a two-year, $30-million deal, reports TMZ. With the combined income of $475,000 for each show (just under Celine Dion’s per-show earnings of $476,000 for her residency) and her other business ventures, including her fragrances and the lingerie line, TMZ reported that Spears earns around $1 million each week.

And if that wasn’t a sweet enough deal, TMZ reported in September that Spears extended her residency at Planet Hollywood for two more years. The new deal will reportedly pay $35 million.

How Britney Spears Spends Her Money

So, how does Britney Spears spend her money? Well, with a multimillion-dollar net worth, the singer can really afford to spend millions on whatever she pleases. Take a look at the table below to get a better picture of how the pop diva likes to spend her money:

According to the legal documents, her expenses added up to more than $1.7 million — not including a $6.8 million mansion in Los Angeles, a $570,000 home in Louisiana or the $1.6 million worth of equipment and furniture.

The biggest chunk of her money — just more than $900,000 — went to boring stuff, like fiduciary and attorney fees. The next-biggest expense for the pop princess was around $409,000, which went to child support and care for her two sons. Also, $16,000 a month ($192,000 a year) went to Spears’ father for his role as her conservator, and a sum of $57,550 went to paying her entourage of various personnel and assistants.

Spears also spent nearly $38,000 on “family support,” a category that includes plane tickets to fly her loved ones around and a $500 weekly allowance for her mom, Lynne Spears. The furry members of Spear’s family were also very well-cared for, with the singer spending just under $25,000 on pet care, including grooming and pet sitting.

The costs to stay looking good are high, and since that’s sort of part of her job, maybe Spears could’ve even written some of these costs off as business expenses on her tax return? First, there’s the $49,000 she spent on wardrobe items. Then, there’s $20,000 for hair and makeup and just under $2,500 on massages, nails and other grooming charges. For meals and entertainment, Spears spent $15,270.

At least there’s one area of her budget that many bargain shoppers can relate to: her love for Target. She spent $5,500 at the retailer last year, which probably isn’t too far off of what a lot of Americans fork over.

At only 34 years old, Britney Spears’ success is something many people her age can only dream of. And as she continues to make music — Spears confirmed on social media that she’s working on a new album — and sell concert tickets,  Spears’ net worth is only going to continue to soar. 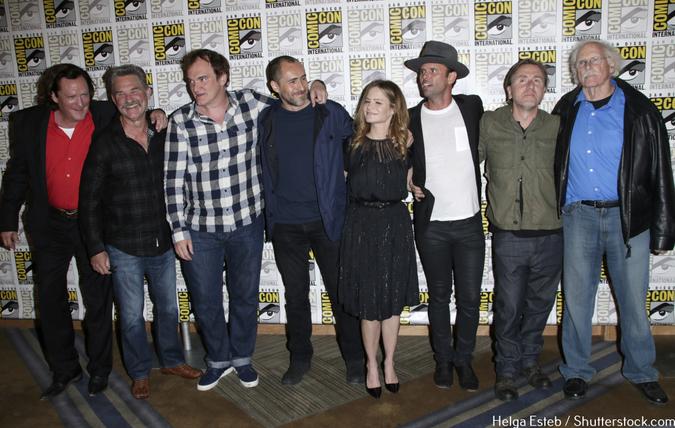 From Quentin Tarantino to Tim Roth, check out how much these stars are making.