What is Britney Spears’ Net Worth? 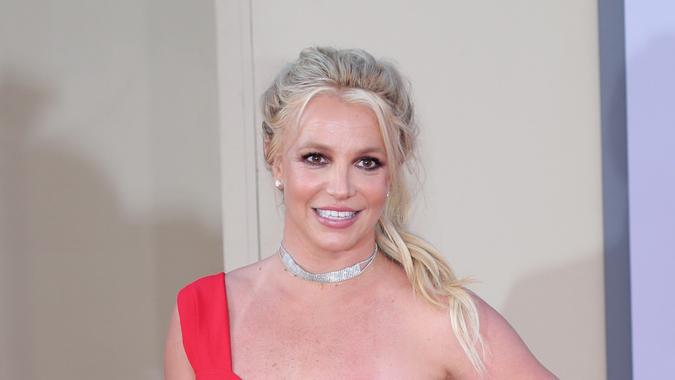 Despite her recent run of familial troubles, not all pop singers can boast a fortune quite like Britney Spears. Thanks to an estimated 90 million albums sold worldwide, more than 4.8 million tour tickets sold, a Las Vegas residency and her numerous business ventures, the Grammy Award-winning singer’s net worth remains sky-high.

The pop star, who turned 40 in December, celebrated the termination of her 13-year conservatorship this past November, an event she was recently invited to testify about before Congress.

In December 1992, an 11-year-old Spears joined “The All New Mickey Mouse Club,” which also starred fellow superstars Justin Timberlake, Christina Aguilera, Ryan Gosling and JC Chasez. Although her earnings for appearing on the show — which ran from 1989 to 1994 — are unknown, it’s safe to say this gig probably gave Spears one of her first paychecks, and more importantly, paved the way to future stardom.

Six years later, in 1998, Spears kicked off her first concert tour, while also premiering her iconic “…Baby One More Time” music video. The following year, she hit some major music milestones when she released her debut album, scored her first major magazine cover on Rolling Stone, kicked off another tour, and performed at the 1999 MTV Video Music Awards.

According to TheRichest.com, Spears’ estimated earnings from her debut album “…Baby One More Time” totaled $31 million, with her earnings from the tour of the same name totaling $35 million.

Throughout the years, brands have capitalized on Spears’ girl-next-door image and sex appeal. Some of her endorsements during the 2000s include the Got Milk? campaign, Skechers and Polaroid. And of course, you can’t forget Spears’ famous Pepsi deal, struck when she was just 19 years old. According to Business Insider, this endorsement alone scored her $8 million.

Not only has Spears proven to be a successful performer, but she has also shown her prowess as a savvy businesswoman. Through the years, she launched her own fragrance line, which includes the Britney Spears Fantasy and Curious perfumes, as well as a lingerie line called the Intimate Britney Spears collection.

In 2012, Spears added another gig to her resume as a judge on the U.S. version of “The X-Factor.” Joining Simon Cowell, Demi Lovato and L.A. Reid, Spears was reportedly paid $15 million to judge the reality singing competition show’s second season. She did not, however, return for Season 3.

See: A Look Back at the Legacy of Mickey Mouse on His 89th Birthday
Find: 45 Richest Child Stars of All Time

Later that same year, she wed dancer Kevin Federline, with whom she had two sons, Sean and Jayden. The couple divorced in 2007, citing irreconcilable differences. In September of 2021, Spears announced her engagement to Sam Asghari, her boyfriend of five years.

Elyssa Kirkham contributed to this article.

Jamie Lynn Ryan earned her BFA in Journalism from the C.W. Post campus of Long Island University. After serving as an editor and columnist for a Long Island-based community weekly for over 13 years, she transitioned to a career in the marketing field, working as an account director, project manager, and content developer. In her free time, Jamie Lynn enjoys dabbling in landscape photography and features much of her work online at Snapshots & Silhouettes.