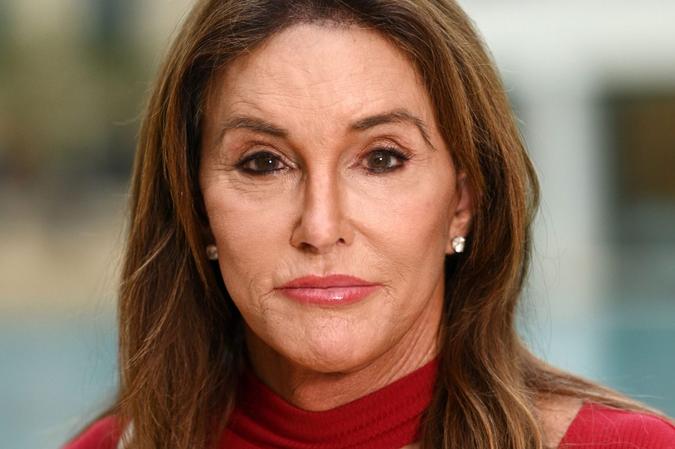 Former Olympic decathlete Caitlyn Jenner announced that she’s running for office to become California’s new governor. Jenner has lived in California nearly 50 years and filed paperwork on April 23, 2021, to run for governor, according to a press release issued by Caitlyn for California. The state is attempting to recall Governor Gavin Newsom and hopeful individuals, from businesspeople to celebrities, are putting their hats in the proverbial ring to take over.

In the release, Jenner stated she will be traveling across the state, visiting areas from “North Bay to the Central Valley to Orange County and San Diego” on the campaign trail.
Although the cost to run for governor in the state starts at just $4,200 – the price to file the paperwork – the costs to be a gubernatorial candidate can climb much higher. Mercury News reported that the 2018 campaign cost candidates and outside groups $40 million just to make it to the primary.

As she embarks on what could be the crowning achievement of her career if she wins, just what is Caitlyn Jenner’s net worth and how has she earned her fortune?

Caitlyn Jenner’s net worth is $100 million, according to Celebrity Net Worth. Some of her earnings in the past came from her career and celebrity endorsements as an Olympic athlete and gold medal winner.

Do the Math: 8 Free Online Calculators That Simplify Financial Planning

After her biggest Olympic win in 1976, breaking records for her score in the decathlon event, Jenner became a spokesperson for household names like Wheaties and Tropicana. Jenner also had a recurring role on the early 1980s television show CHiPS.

The Olympic Athlete’s Net Worth and Money Problems

As an Olympic athlete, Jenner had a fair share of money problems. She rose to international fame after winning the gold medal in the decathlon at the 1976 Summer Olympics in Montreal, Canada. Jenner also set a world record of 8,616 points, effectively beating her own record set at the Olympic Trials.

Despite their earnings, Kris said she and Jenner were in a lot of debt in the 90s. In an episode of “Keeping Up with the Kardashians,” she said:

According to Kris, she eventually stepped in and took control of their finances. Decades later, the family now has hundreds of millions of dollars to their name. Kris Jenner’s net worth is $40 million, according to CelebrityNetWorth.com.

On April 24, 2015, Jenner shared the news that she was transitioning into a woman in an interview with Diane Sawyer. The two-hour television special brought ABC’s “20/20” its largest audience in 15 years with 16.9 million viewers. Excluding sports, it was the most-watched Friday program since 2003.

Jenner timed her Twitter debut to coincide with the cover photo’s release. She amassed a record-breaking 1 million followers in four hours. Her following has since grown to 3.5 million in 2021. Her first tweet has been retweeted 178.4K times.

I'm so happy after such a long struggle to be living my true self. Welcome to the world Caitlyn. Can't wait for you to get to know her/me.
— Caitlyn Jenner (@Caitlyn_Jenner) June 1, 2015

Jenner’s eight-part docuseries “I Am Cait” premiered July 26, 2015, allowing viewers to get a glimpse of her post-transition life and her new role as a transgender advocate. Ratings started off on a high note with 2.7 million live plus same day viewers for the premiere. The second episode had 1.29 million viewers, and the third episode had 1.19 million viewers. The show provided a platform to educate the general public on the issues faced by transgenders. Jenner was paid $5 million for the reality TV show on E!, a record number for the network to pay someone starring in their own series, reports the Independent.

“Keeping Up With the Kardashians” and Other TV Roles

From 2007 to 2016, Jenner starred on the reality show “Keeping Up with the Kardashians.” In 2010 she brought in $35,000 per episode. In 2012, the Kardashians and Jenners signed a deal that gave the entire clan $40 million to renew the series, TMZ reports, with all the leading roles earning equal pay. Digital Spy reported that, in 2017, the show’s stars had inked a deal somewhere between $100 million and $150 million through 2020, but Jenner was no longer appearing on the show at that point. She did, however, appear in the final episode of the E! reality series.

In November 2019, Jenner put her athletic abilities to work once again, starring in the reality competition show “I’m a Celebrity… Get Me Out of Here, ” where celebrities dropped in the jungle for three weeks and struggled to survive. She earned $640,000 on the show, according to CheatSheet.com.

She also recently played the role of The Phoenix on the reality show “The Masked Singer” on Fox.

Jenner has also published a memoir, “The Secrets of My Life,” and continues to earn money on the public speaking circuit and as a celebrity endorser for brands such as MAC, according to Harper’s Bazaar.

Jenner also has a YouTube channel with 108,000 subscribers, where she shares a glimpse into her life and hopes to inspire others. On her final appearance on Keeping Up with the Kardashians in April 2021, Caitlyn and her ex, Kyle Jenner, discussed Kyle helping her monetize the channel better in the absence of income from speaking engagements due to the pandemic, according to an article in US Magazine.

Jenner owns a Malibu, California home above El Pescador State Beach, which she purchased for $3.5 in 2015 after her divorce. The 11-acre property boasts a secluded home with four bedrooms and 3.5 bathrooms, according to the CheatSheet.com.

See More: How To Invest In Real Estate: Your Guide to Getting Started
Learn: Kendall vs. Kylie: Who’s the Richer Jenner Sister?

If Governor Gavin Newsom is successfully recalled and if Jenner wins the race, she could expect to earn an annual salary in the neighborhood of $200,000 or more. Newsom earns $210,000 and is the second highest governor in the country, behind New York’s Andrew Cuomo, according to CBS News Sacramento.

Laura Woods contributed to the reporting of this article.