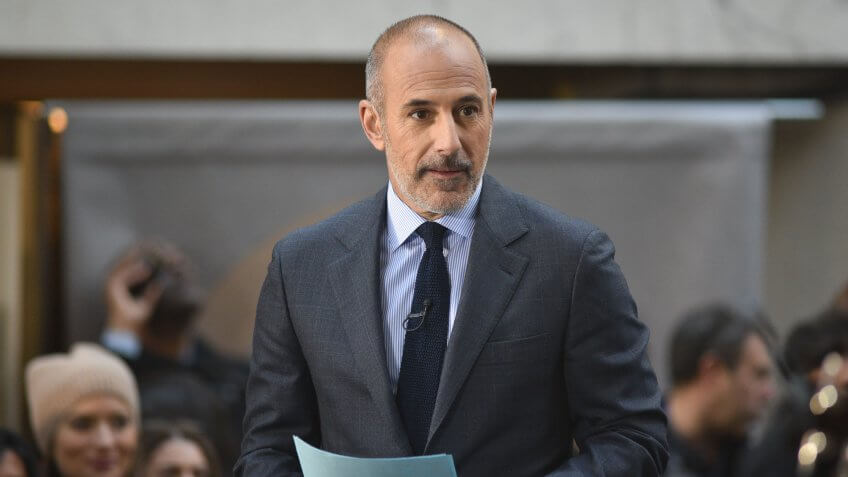 Celebrities and public figures are no strangers to controversy, and sometimes it ends up costing them their job or more. From Kathy Griffin to Tiger Woods, click through to see how these celebs damaged their careers. 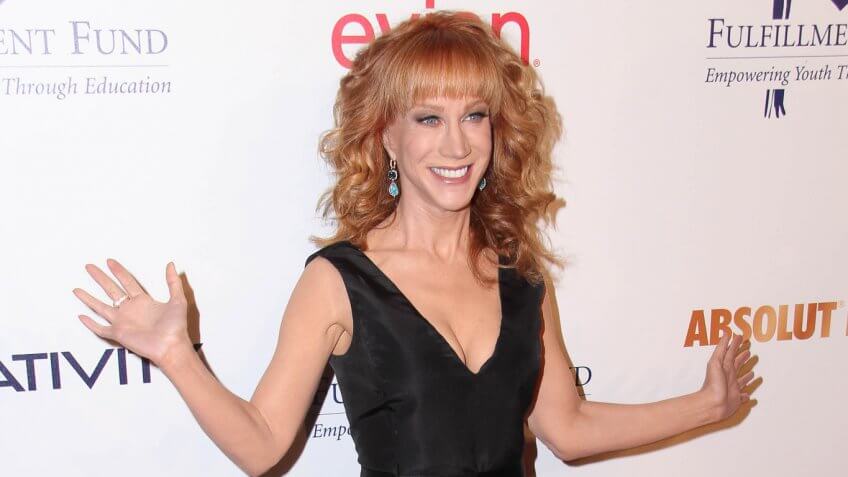 Comedian Kathy Griffin came under fire when photos of her surfaced holding a decapitated head of President Donald Trump in late May 2017. Just days after the controversial photos went public, CNN fired Griffin from her annual network New Year’s Eve hosting gig with Anderson Cooper, a post she’s had since 2007. Griffin, who won a GRAMMY in 2014 for Best Comedy Album, apologized on Instagram nearly immediately after the scandal erupted saying, “I beg for your forgiveness. I went too far.” Despite the apology, toilet footstool company Squatty Potty pulled their upcoming ad campaign featuring the comedian, and at least one of her stand-up comedy shows was canceled. 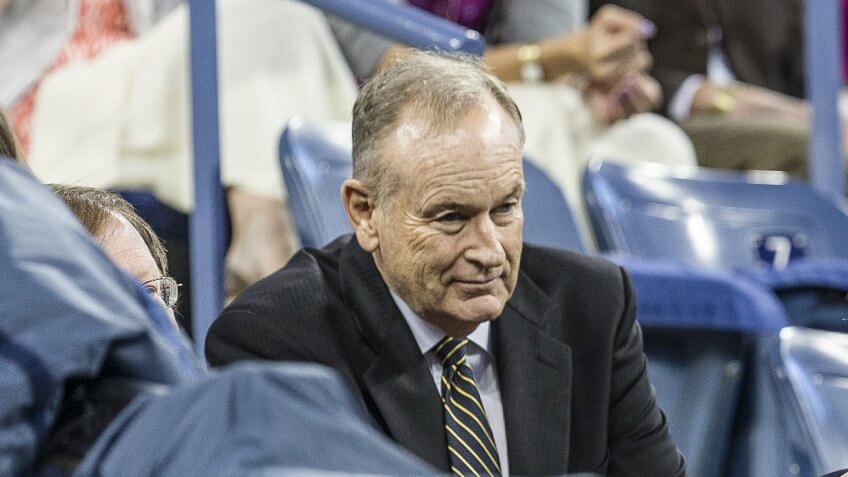 Once the network’s biggest star, Fox News cut ties with Bill O’Reilly on April 19 amid backlash from a New York Times report highlighting several sexual harassment allegations against the host.

More than 50 advertisers pulled spots from his show after it was revealed that more than $13 million in settlements have been paid to five women who accused him of sexual harassment and other inappropriate behavior. O’Reilly reportedly paid $10 million out of his own pocket to settle these claims, and Fox News parent company 21st Century Fox paid the rest, according to the Wall Street Journal.

Before getting the axe, O’Reilly had recently renewed his $20 million contract, so news of his firing came as a surprise to many. 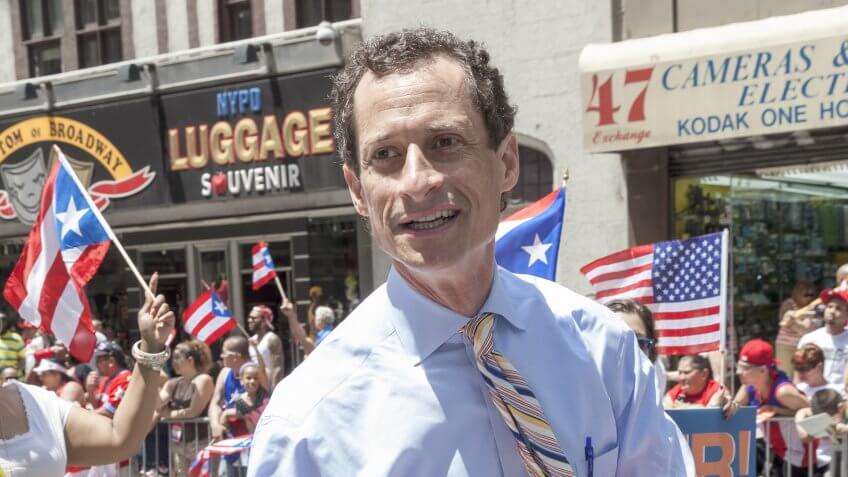 Disgraced politician Anthony Weiner has been caught up in three sexting scandals. It all started in 2011 when he was forced to resign from his job as the Representative for New York’s Ninth Congressional District, where he earned a salary of $175,000 per year, according to Inside Edition.

Strike number two occurred in September 2015 when he was fired from top public relations firm MWW after just two months on the job. The third time, Weiner lost his job as a contributor at both the New York Daily News and television channel NY1. More costly than anything, news of his separation from wife Huma Abedin swiftly followed the third scandal. 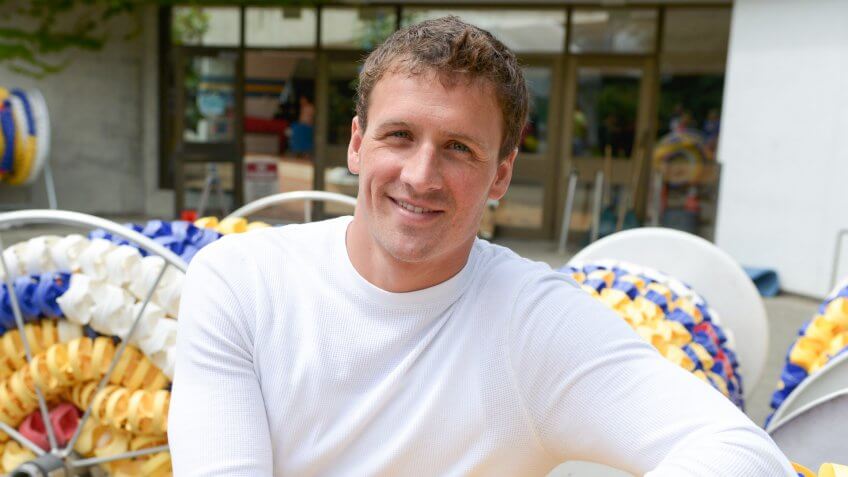 Olympian Ryan Lochte won a gold medal at the Rio 2016 games but lost all of his glory after falsely claiming to have been robbed at gas station with three teammates. Backlash from the incident cost the swimmer all his major sponsors — Speedo USA, Ralph Lauren, Syneron Candela and Airweave — resulting in roughly $1 million in lost income, according to ESPN. 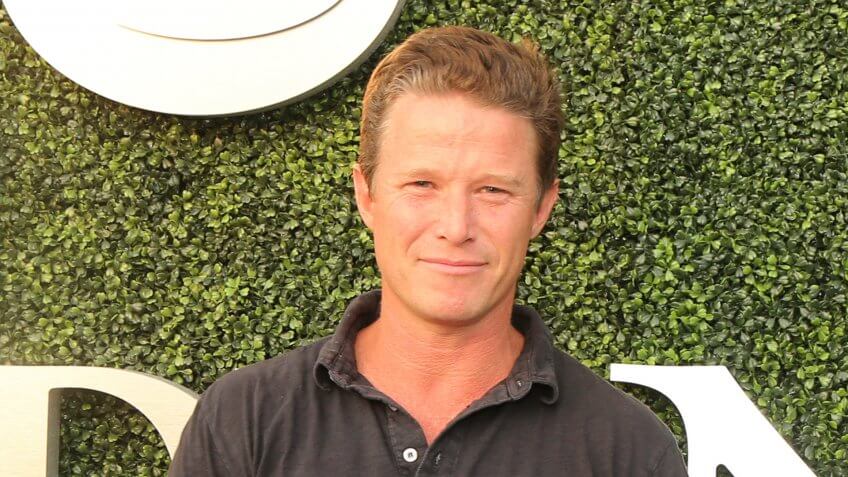 In October 2016, Billy Bush was fired from “Today” after a 2005 “Access Hollywood” video surfaced, where he was caught encouraging now President Donald Trump to make lewd comments about women. Details of his “Today” settlement were not made public, but Us Weekly reported that Bush — a recent addition to the show — had a three-year contract for $3.5 million per year. 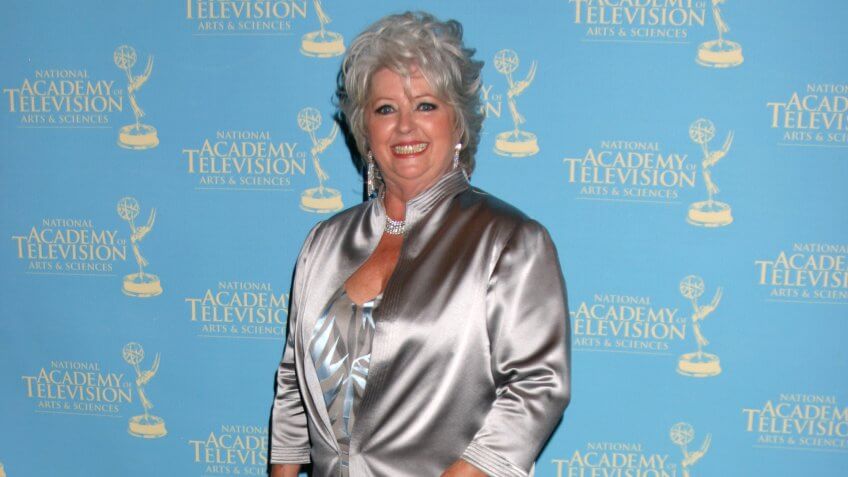 She’s since staged a comeback with “Positively Paula,” but celebrity chef Paula Deen found herself in hot water in 2013 after publicly admitting to using a racial epithet in the past. This caused her to lose a number of major deals, including her Food Network show “Paula’s Home Cooking” and another with Smithfield Foods, which likely cost her around $3 to $4.5 million, according to a Forbes estimate. 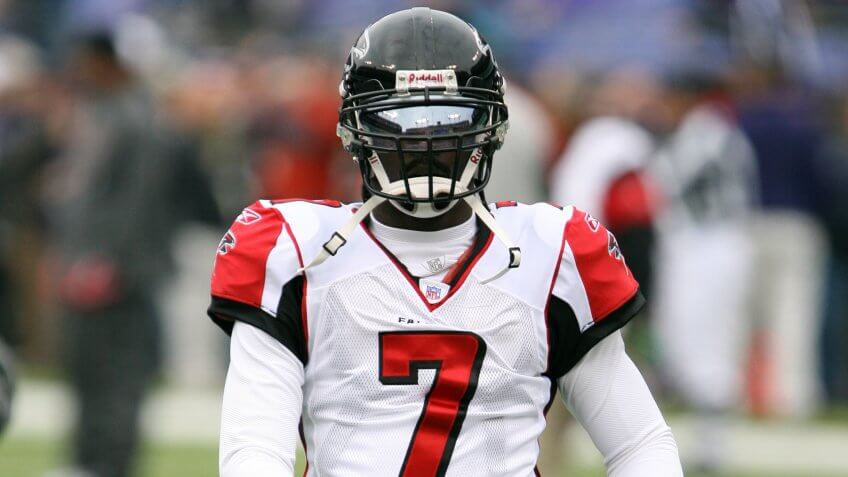 Once a first-round NFL draft pick, Michael Vick fell from grace in 2007 when he was sentenced to nearly two years in jail on dog fighting charges. The crime cost him the final $71 million of his Atlanta Falcons contract and up to $50 million in endorsement fees, according to ESPN.

Upon his release in 2009, the Philadelphia Eagles signed him to a $100 million six-year deal, which he needed to pay his $17.8 million debt from the scandal. After being released from the Eagles, he earned $4 million for one season on the New York Jets roster and just under $1 million for a season with the Pittsburgh Steelers. 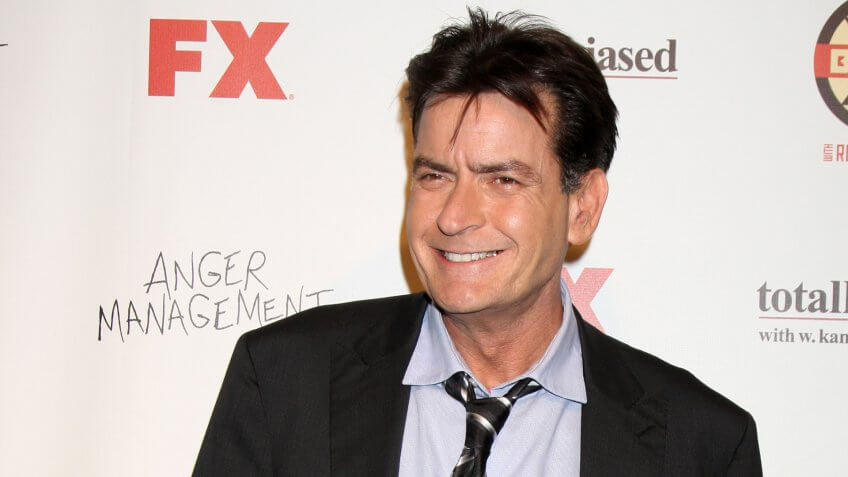 Former “Two and a Half Men” star Charlie Sheen was fired in 2011 for bad behavior on set and off — including several very public verbal lashings of series creator Chuck Lorre. Prior to violating Warner Bros.’ moral turpitude clause, Deadline reported he was earning $1.5 to $2 million per episode. Ashton Kutcher replaced Sheen for the final 84 episodes of the series, meaning the troubled actor missed out on at least $126 million to $168 million in earnings. 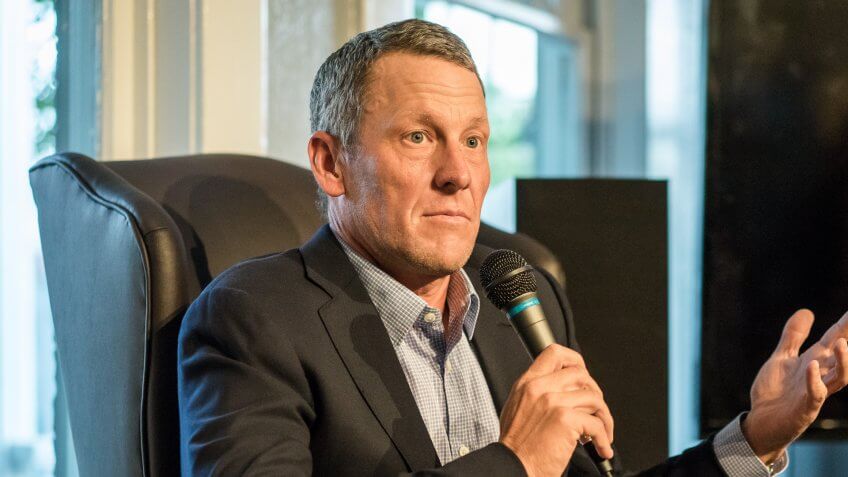 Once a champion, Lance Armstrong was banned from cycling for life, stripped of his seven Tour de France titles and dropped by major sponsors like Nike, Trek and Anheuser Busch in 2012 after the U.S. Anti-Doping Agency declared him a cheater for taking performance-enhancing drugs. Along with a forever-tarnished reputation, Forbes estimated the scandal would cost Armstrong $150 million in lifetime earnings. 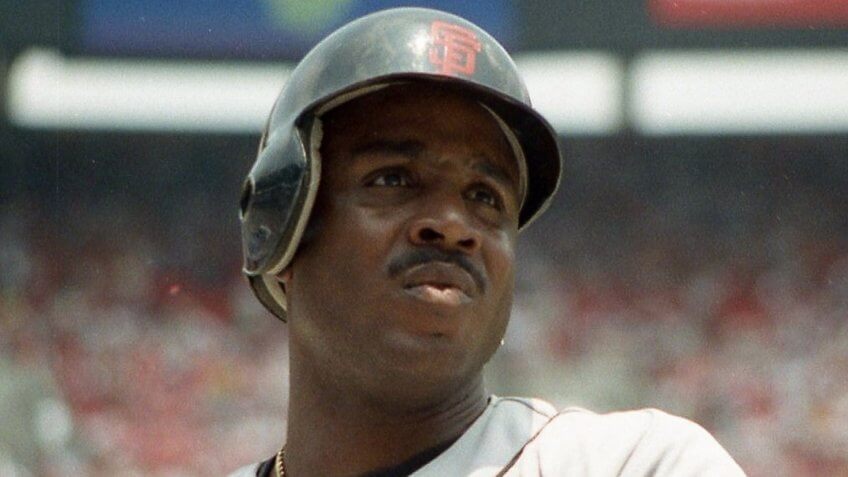 Baseball legend Barry Bonds was a key player in the 2007 Major League Baseball steroids scandal, which caused him to lose major endorsement deals with MasterCard, KFC and Charles Schwab. The scandal cost him an estimated $28 million per year in contracts, according to Sports Illustrated, and he was found guilty of obstructing justice. Bonds retired that same year and served one month of house arrest. 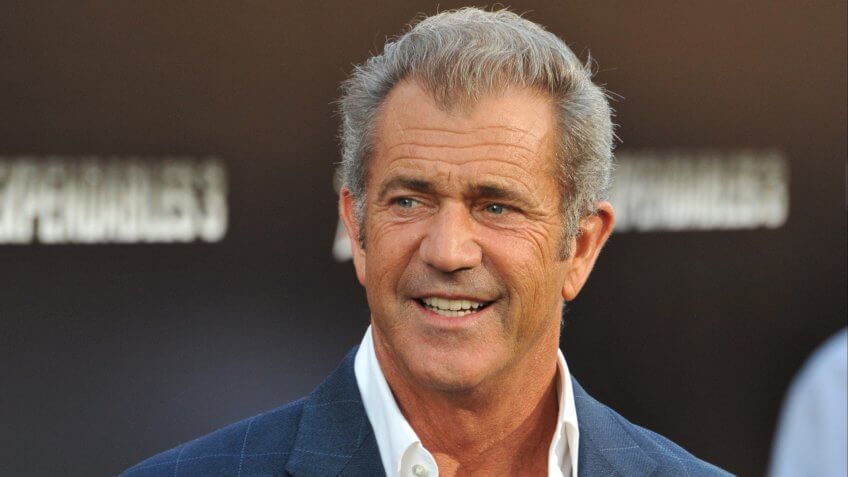 As if being arrested for DUI wasn’t bad enough, Mel Gibson was also recorded making anti-Semitic remarks during the July 2006 incident. The tirade effectively cost him a 10-year exile from Hollywood, where he previously demanded up to $30 million per film. 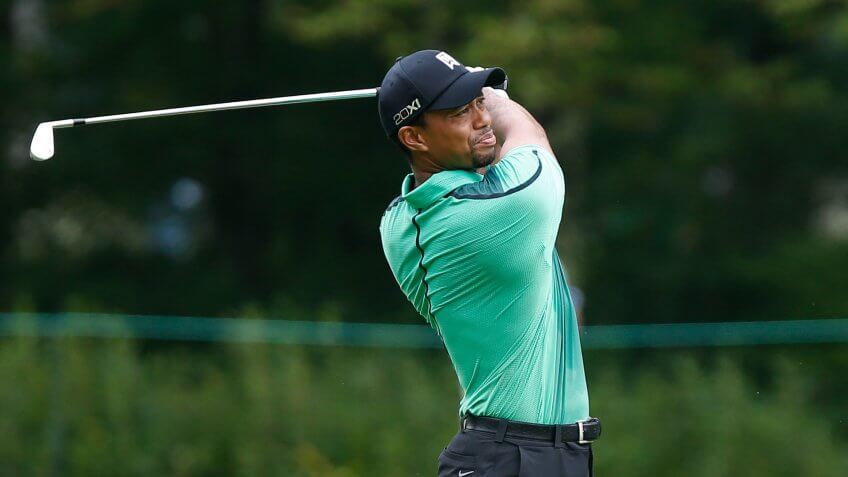 In 2009, Tiger Woods’ reputation as a wholesome husband came crashing down when the father of two was exposed as a serial adulterer. The aftermath included the loss of several sponsors and a self-imposed indefinite golf hiatus, which at the time, the New York Post estimated would cost him roughly $180 million per year.

The golfer has since made a comeback, but his earnings are nowhere near what they once were. Woods earned an estimated $110 million in 2009, according to the New York Post, more than double his 2016 wages of $45.5 million. Beyond his own pocketbook, a 2009 UC Davis study revealed that the scandal might’ve have cost his sponsors’ shareholders up to $12 billion.

In late May 2017, Woods was found asleep in his car along a Florida road. Though he did not have alcohol in his system, Woods’ speech was slurred and he failed a roadside sobriety test. 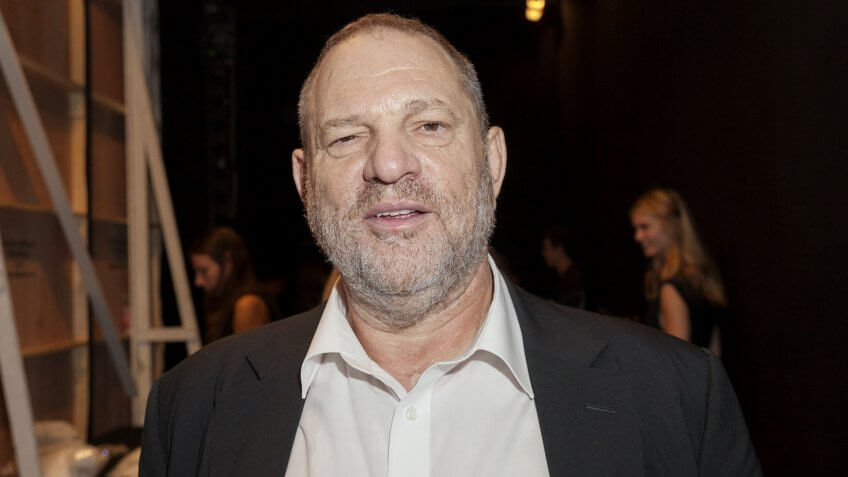 In October 2017, film producer Harvey Weinstein was fired from The Weinstein Company — the production company he co-founded — following the publication of a New York Times story alleging that the media mogul had been sexually harassing women for decades. Just days after the story broke, Weinstein’s wife Georgina Chapman — co-founder of the high-end women’s fashion line Marchesa — announced that she would be separating from her husband. Between the loss of revenue from no longer being a part of The Weinstein Company, possible lawsuits brought against him by the women who have made allegations of assault and harassment, and a possible divorce from Chapman, Weinstein stands to lose over $100 million, Celebrity Net Worth estimated.

The scandal has even hurt Weinstein’s estranged wife’s bottom line: Chapman’s brand Marchesa was slated to have an engagement ring collaboration launching in Helzberg Diamonds stores later in October 2017, but the Helzberg brand shelved launch plans after news of the scandal broke, The Hollywood Reporter reported. 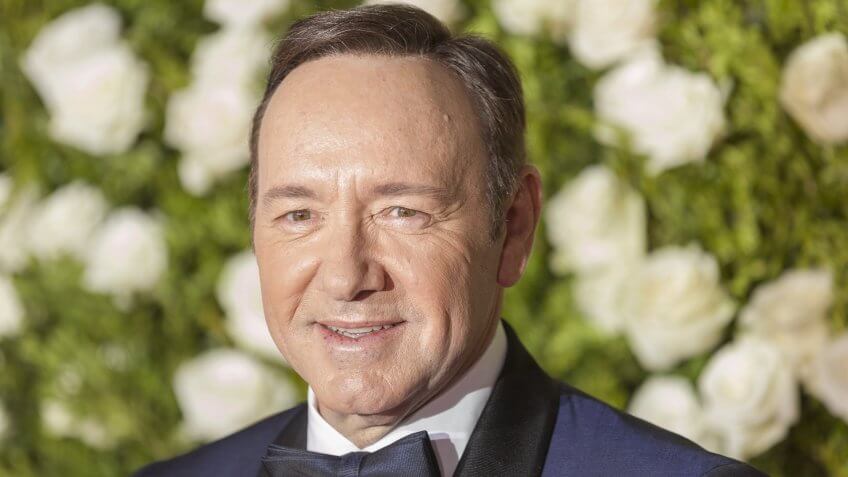 In October 2017, in the wake of the Harvey Weinstein allegations, Kevin Spacey was accused of sexual harassment by a number of individuals from across the reaches of his career. It came after actor Anthony Rapp — known for his roles in “Star Trek: Discovery and Rent” — alleged that Spacey made sexual advances toward him in 1986, when Rapp was a 14-year-old. Spacey responded to Rapp’s allegations on Twitter, stating that though he didn’t recall the incident in question, he gave “the sincerest apology for what would have been deeply inappropriate drunken behavior.” Spacey also followed up the Twitter post with a coming-out statement, acknowledging his alleged sexuality. In the subsequent fallout, at least 13 more victims came forward with allegations including numerous journalists, filmmakers, actors and production crew members.

Spacey’s net worth will certainly take a massive hit — his original series “House of Cards” was suspended and cut from Netflix, and the streaming service also announced that they have scrapped his film “Gore,” which was in post-production. Filmmaker Ridley Scott also replaced all of Spacey’s scenes in the film “All the Money in the World,” as well as being effectively dropped by both his publicist and his talent agency. 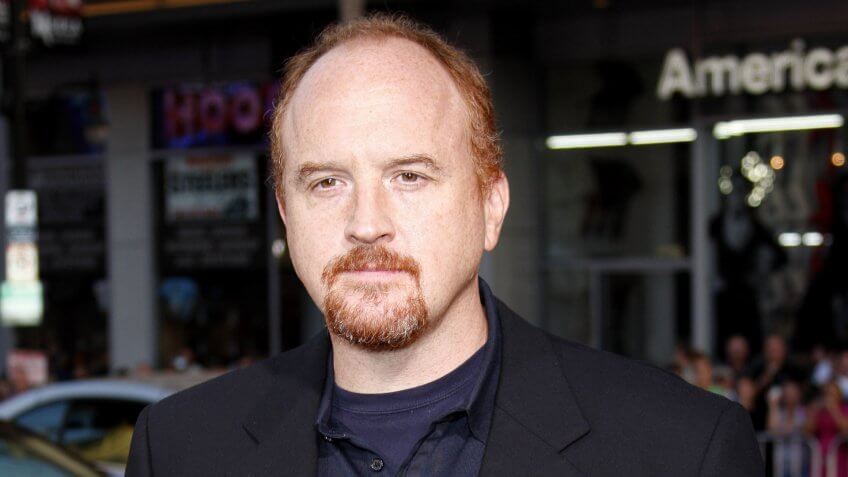 Renowned comedian, actor and producer Louis C.K. came under fire in November 2017 after The New York Times came forward with a report that five women accused the comic of engaging in lewd acts and sexual misconduct. The premiere of his film “I Love You Daddy,” which was scheduled to be held the day of the alleged report, was promptly canceled by its distributor. He was also scheduled to appear on The Late Show with Stephen Colbert, which was also canceled. Netflix — which is still reeling from the allegations against fellow star Kevin Spacey — also announced on Nov. 10, 2017, that a second Louis C.K. stand-up special that was scheduled to be produced was scrapped as well.

The accusers — many of them prolific comediennes in their own right — have reports of allegations stemming from over 15 years ago. C.K. released a statement on Nov. 10, 2017, acknowledging the acts and stating that “these stories are true.” The statement from C.K. goes on to say “I have been remorseful of my actions. And I’ve tried to learn from them. And run from them. Now I’m aware of the extent of the impact of my actions.” 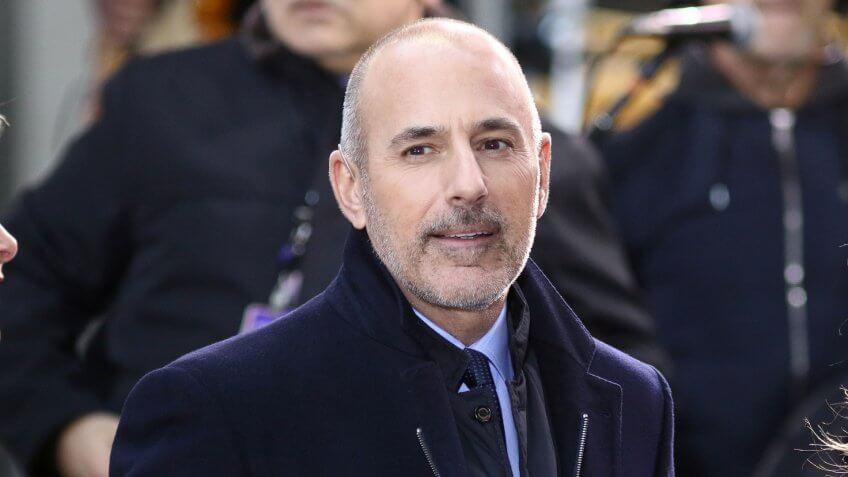 Arguably one of the most recognizable faces in television news, Matt Lauer — host of NBC’s Today Show since 1997 — came under fire in November 2017 after reports accusing him of inappropriate sexual conduct surfaced. Lauer — who has a storied career in TV journalism dating back to the 1970s — helped transform the Today Show into a top-rated morning newscast.

The announcement of his sudden firing occurred on Nov. 29, with co-host Savannah Guthrie breaking the news to the Today Show audience. NBC News chairman Andrew Lack also responded that while the complaint — filed on Monday, Nov. 27 — was the first against Lauer in his career at the station, “we were also presented with reason to believe this may not have been an isolated incident.”

According to Celebrity Net Worth, Lauer’s estimated net worth is more than $80 million. He earned a salary of $25 million per year with the network, according to Variety. Lauer had previously signed a new two-year contract last year that would have kept him with NBC through 2018.

Rachel Holly contributed to the reporting for this story. 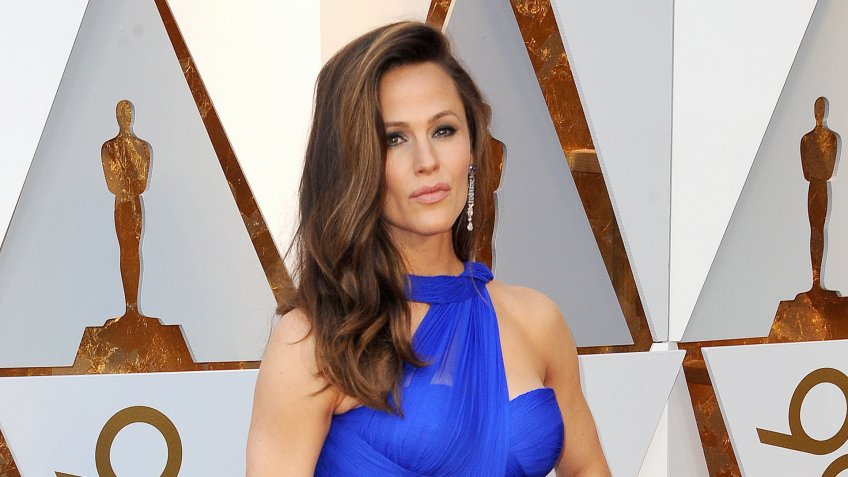 36 Celebrities Who Use Their Wealth to Pay It Forward

Some celebrities don't keep their money all to themselves.