Hollywood has lost yet another bright star in 2016. Just one day after daughter Carrie Fisher died from a heart attack, Debbie Reynolds passed away on Dec. 28.

The 84-year-old suffered a stroke at her son’s Beverly Hills, Calif., home while planning Fisher’s funeral, reported TMZ. She was rushed to a hospital, but died shortly after.

Reynold’s son Todd Fisher told the Associated Press the weight of his sister’s death was too much for his mother to handle. Reynolds said “I want to be with Carrie” right before she passed, Fisher said.

In memory of Reynolds, take a look back at her career, personal life and net worth at the time of her death.

In Memoriam: The Wealth and Legacy of the Stars We Lost in 2016

Known as “America’s Sweetheart” during the 1950s, Reynolds captivated audiences with her outstanding talent. A singer, dancer and actress, she got her start in show business at just 16 years old.

A few years later, at 19, Reynolds landed her first big break — a starring role in the classic film “Singing’ in the Rain.” That role catapulted her to stardom.

As an actress, Reynolds had nearly seven dozen credits to her name. Beyond “Singin’ in the Rain,” some of her other most renowned films include “The Unsinkable Molly Brown,” “Bundle of Joy” and “Mother.” She also notably had her own television series, “The Debbie Reynolds Show,” which lasted just one season, plus a recurring role on the hit sitcom “Will & Grace.”

In total, Reynolds’ outstanding career spanned nearly seven decades. Her final role came in 2015, when she lent her voice to a guest-starring spot on an episode of Disney’s animated series “The 7D.”

She was also committed to helping others succeed. The starlet opened the Debbie Reynolds Studio in North Hollywood, Calif., as a space for dancers to perfect their craft.

Due to her long-standing success, it’s only fitting that Reynolds received plenty of honors for her work. In 2016, she was awarded an honorary Oscar — the Jean Hersholt Humanitarian Award — at the 88th Annual Academy Awards. Of course, this wasn’t the first time she was recognized by the Academy of Motion Picture Arts and Sciences, as she received a nomination in 1965 for her work on “The Unsinkable Molly Brown.”

At the 2015 Screen Actors Guild Awards, Reynolds was honored with the Life Achievement Award. She also received a star on the Hollywood Walk of Fame in 1997.

A five-time Golden Globe nominee, Reynolds was recognized for her work on “Three Little Words,” “Bundle of Joy,” “The Unsinkable Molly Brown,” “The Debbie Reynolds Show” and “Mother.” The iconic actress also garnered a Primetime Emmy nod in 2000 for her work on “Will & Grace.”

After the breakup, Reynolds tried her hand at marriage two more times. Unfortunately, both her 1960 nuptials to shoe designer Harry Karl and her 1984 union to real estate developer Richard Hamlett ended in divorce.

Reynolds also famously had a rocky relationship with daughter Carrie, with the two not speaking for nearly 10 years, during Fisher’s 20s. They had since patched things up, with the two growing incredibly close and even purchasing side-by-side Los Angeles homes that share a driveway.

Social media savvy Reynolds was active on Twitter, and regularly tweeted praises of her family — especially her daughter. Heartbreakingly, her final tweet came on Christmas Day, when she gave her followers an update on Fisher’s condition post-heart attack. 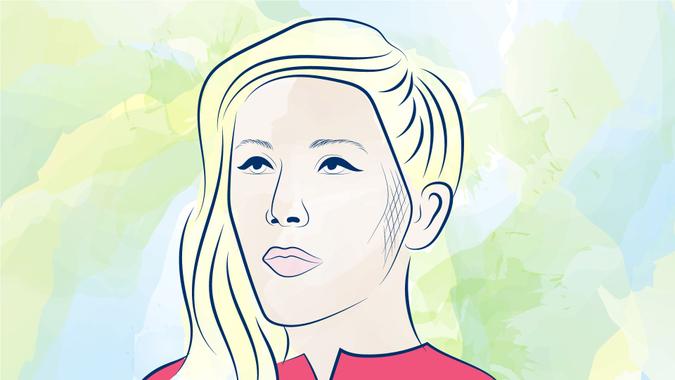 > Net Worth > Celebrities > Debbie Reynolds Dead at 84: A Look at Her Glamorous Life, Career and Fortune