DJ Khaled, age 42 on his Nov. 26 birthday, is a late bloomer who clawed and scratched for elusive success in the music world for decades before he leveraged social media to propel his career to the top of the hip-hop universe.

Born Khaled Mohamed Khaled in New Orleans in 1975, DJ Khaled is the son of Palestinian immigrants, but he made his bones as a teenager selling tapes and performing in Miami. Today, DJ Khaled is one of the most influential and highest-earning hip-hop artists in the world.

In 2014, DJ Khaled was among the 20 highest-earning performers in hip-hop. He pulled in $7 million that year, thanks to the growing popularity of his We the Best brand, as well as a headphone deal with Bang & Olufsen.

In 2015, Forbes listed him among a group of performers that just missed making the list of the top 20 earners in hip-hop. The next year, however, in 2016, he pulled in $15 million — securing him the No. 12 spot. That year, as his star was rapidly rising, he created a fortune by scoring big deals with Zappos, T-Mobile and Apple.

In 2017, he broke the top 10 list of the highest-earning people in hip-hop with a $24 million haul that can be traced partly to the fact that his DJ gigs had begun to command six-figure salaries. He also landed contracts with brands like Mentos and Champs Sports, just another reason why only eight hip-hop acts earned more that year. Celebrity Net Worth estimates his net worth to be $20 million.

Success Stories: 15 Celebrities Who Went From Rags to Riches

One of the most influential and prolific artists in hip-hop, DJ Khaled has enjoyed an impressive run of success over the last few years. His most recent album “Grateful,” released in 2017, debuted at No. 1 and held that position for several weeks. It quickly went gold, then platinum. His previous album, 2016’s “Major Key” also debuted at No. 1. He had 10 other albums dating back to 2006, but none were nearly as successful.

His professional highs can be traced to at least 1995, when his career first picked up steam. He even opened for era-dominating acts like Nas and Notorious B.I.G., and he also experienced significant success as a DJ in Miami. He released a string of multiplatinum “posse cuts” between 2007-2011, but his popularity began to wane. Then he experienced a major resurgence.

According to the BBC, DJ Khaled jumped from being a “mildly successful DJ and record producer” to a superstar that now casts a giant shadow over the world of music. In a very short time, he leaped from relative obscurity to one of the most influential figures in the hip-hop industry, and the bridge between his tepid early success and current superstar status was social media.

DJ Khaled has an impressive 8.3 million Instagram followers and 3.83 million followers on Twitter, but the platform he has the biggest presence on is Snapchat. He dominates the social media tool so thoroughly that he was tagged the “King of Snapchat” by Coca-Cola’s senior VP of content. Between three and four million people view every snap DJ Khaled posts.

Called a “renewable source of relentless positivity” by The New York Times, DJ Khaled’s Snapchat account is known for being enthusiastic, motivating and inspirational. His catchphrases become hip-hop anthems.

It all started when DJ Khaled was lost in the ocean on a jet ski in 2015. He took to Snapchat and broadcast his long journey home, a move that would help solidify his place as one of the country’s richest celebrities. The footage went viral, and DJ Khaled was a Snapchat sensation. The next year, he would release his first No. 1 album: “Major Key.”

In 2016, DJ Khaled posted his most unique snap to date — the one that chronicled the birth of his son, Asahd Khaled, who already has more than 1.5 million followers on Instagram. He documented the entire delivery for his fans to see, complete with contractions endured by his longtime fiancee, Nicole Tuck. In October 2017, DJ Khaled spent six figures to rent out a high-end club in Miami to throw his son his first birthday party, which was co-hosted by Sean “Diddy” Combs.

The Snapchat King has a weakness for high-end luxury cars — Rolls-Royces in particular, according to Forbes. He bought a Bentley Coupe in 2006, shortly after releasing his first album, which reached No. 12 on the charts. In almost no time, he graduated to a $400,000 baby blue Rolls-Royce Phantom. DJ Khaled now also owns a Rolls-Royce Ghost and Wraith and recently ordered another Ghost to add to his collection, indicating that he doesn’t spend his wealth on junk.

DJ Khaled is one of the hip-hop industry’s biggest players, one of social media’s most visible influencers and one of the richest entertainers in show business. He’s also a father and an inspiration to millions of followers and aspiring artists.

For the artist, 2018 is poised to be another banner year. Rolling Stone reported that he’ll join Demi Lovato on a North American concert tour in support of her upcoming album.

Up Next: Almas Caviar and 10 Other Foods Only the Rich Can Afford 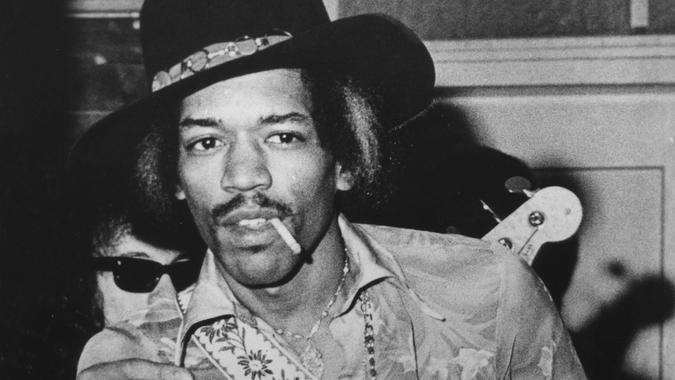 Bob Marley, Elvis and the 14 Other Highest-Paid Dead Celebrities

Learn how much their estates would have been worth today.