How Rich Is Elizabeth Olsen? 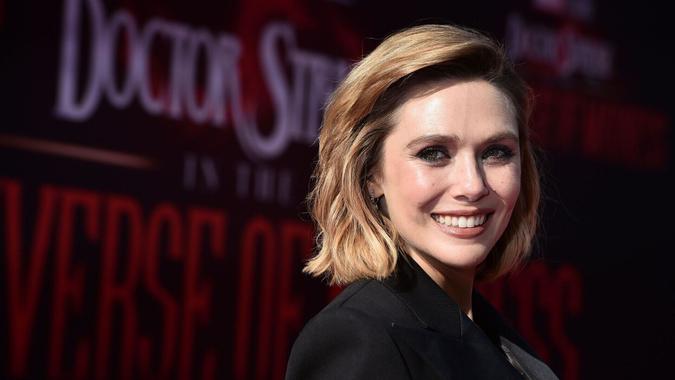 Elizabeth Olsen is an American actress who has achieved fame as Wanda Maximoff/Scarlet Witch in the Marvel Universe. She will be appearing in “Doctor Strange in the Multiverse of Madness” which comes out May 6, 2022.

Olsen began acting when she was 4 years old with her first participation in TV movie, “How the West Was Fun,” which starred her sisters Mary-Kate and Ashley, however she took 17 years off before re-embarking on her acting career. In 2014, she began her tenure as Wanda in an uncredited role in “Captain America: The Winter Soldier,” before fully joining the team in 2015 hit “Avengers: Age of Ultron.” She also appeared in “Avengers: Endgame” in 2019.

These films had worldwide earnings of $1.15 billion, $2 billion, and close to $2.8 billion, respectively, according to BoxOfficeMojo.com.

In 2021, she carried her own Disney+ miniseries “WandaVision,” where she continues to portray Wanda with a premise of her life with her synthezoid husband, Vision. The performance earned her Emmy Award and Golden Globe nominations.

Her work in this billion dollar cinematic universe has brought Olsen’s net worth to $11 million, according to Celebrity Net Worth.

Related: How Much Is ‘Black Widow’ Star Scarlett Johansson Worth?

Elizabeth Chase Olsen was the fourth child born to Jamie and Dave Olsen in Sherman Oaks, California on February 16, 1989. Her older sisters were already celebrities, playing Michelle Tanner on the ABC series “Full House.” While she participated in a few professional projects, she spent her childhood mostly in amateur acting ventures such as acting classes and music theater camp.

She attended Campbell Hall School in Studio City, California and went on to attend New York University’s Tisch School of the Arts.  While there she participated in other acting classes, worked on off-Broadway productions and even spent a semester at the Moscow Art Theatre School in Russia. She graduated from NYU in 2013.

In 2011, she made a name for herself in the film “Martha Marcy May Marlene,” according to IMDb, for which she received critical acclaim and won multiple awards. Her next film “Silent House” was not as well-received, although her performance was once again praised. This led to roles in several independent films and a steady acting career.

In addition to her work as Wanda, she’s kept busy bolstering her career with other projects. In 2015, she starred as Hank Williams’ wife in the biopic “Saw the Light,” and two years later, starred in the neo-Western “Wild River,” which earned $45 million at the box office.

She has also appeared in “Liberal Arts,” “Godzilla,” and “Ingrid Goes West.” She also starred and served as the executive producer in the TV series “Sorry for Your Loss.”

See: How Much Is ‘Loki’ Actor Tom Hiddleston Worth?
Find Out: How Rich Is Simu Liu?

As Disney+ continues to create shows in the MCU centered around the “multiverse” concept, it wouldn’t be strange to find Elizabeth Olsen as the Scarlet Witch making magic on the streaming service again.