How Rich Is Ethan Hawke? 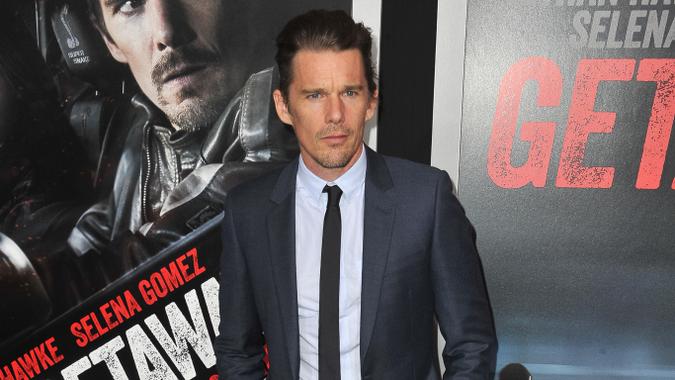 Four-time Oscar nominee Ethan Hawke has nearly 90 acting credits to his name. With so many acting jobs under his belt — not to mention his writing and directing work — it’s no wonder Hawke has accumulated a high net worth to the tune of $55 million, according to Celebrity Net Worth.

See: 15 Highest-Grossing Actors of All Time

Check Out: Samuel L. Jackson and 34 Other Celebrities Who Got Rich and Famous Later in Life

Most recently, Hawke created, wrote and starred in the TV miniseries “The Good Lord Bird,” which earned him his second Golden Globe nomination.

Hawke has been known to choose jobs that don’t necessarily come with a big paycheck. When he starred in 2013’s “The Purge,” he worked for “next to nothing,” The Hollywood Reporter reported. Fortunately, he made up for his low initial payday thanks to a backend deal that ended up being worth about $2 million, Forbes reported.

Read More: Taylor Swift and 9 More of the Richest Stars 30 and Younger

Hawke previously owned a townhouse in New York City’s Chelsea area, which he listed for $6.25 million in 2013. He purchased the home for $3 million, NBC News reported, so he likely made a nice profit on the sale.

Net worth information is sourced from Celebrity Net Worth and is accurate as of Feb. 19, 2021.