June 2017 was a very good month for George Clooney. On June 6, Clooney and his wife, Amal, welcomed twins, Ella and Alexander. Just days later on June 21, the 56-year-old actor announced the sale of his popular Casamigos tequila company.

Clooney and partners, Rande Gerber — restaurateur and husband to supermodel Cindy Crawford — and Michael Meldman, sold the company to Diageo for as much as $1 billion.

Learn more about George Clooney’s net worth as the star toasts to his growing wealth.

After a whirlwind romance lasting just seven months, George and Amal Clooney married in September 2014 in a lavish Italian ceremony with an estimated price tag of $4.6 million, according to E! Online. While Clooney has been living for years in the Hollywood limelight, his wife is an accomplished international law and human rights attorney.

Clooney, Gerber and Meldman founded Casamigo — which translates to “house of friends” — in 2013, and the ultra-premium tequila quickly became popular among Hollywood stars and spirit lovers. The sale to British beverage company Diageo will likely be finalized in the second half of 2017. Diageo will initially pay $700 million for the brand, with an additional $300 million to come based on sales performance over the next decade, according to CNBC.

The three founders are expected to remain heavily involved with the company despite its sale.

The American actor and British lawyer divide their time among several homes in multiple countries. Clooney has owned his 7,534-square-foot Studio City, Calif., home since 1995, when he purchased it from Stevie Nicks for $2.2 million.

In 2002, he bought Villa Oleandra on the shores of Lake Como in Italy for approximately $10 million. He also owns a seven-bedroom, 10-bathroom home outside Cabo San Lucas, which he is reportedly selling for $50 million. In September 2015, Clooney and his wife purchased a $14.6 million riverside mansion near Reading, England.

Related: 50 Splurges of the Filthy Rich

Best known for his work as an actor, George Clooney is also an accomplished director, producer and writer. The talented star has been recognized for his work in front of and behind the camera. In 2013, he took home the Oscar for Best Motion Picture of the Year for “Argo.” In 2006, Clooney won an Academy Award for Best Actor in a Supporting Role in “Syriana.”

Additionally, the Hollywood Foreign Press honored Clooney with the prestigious Cecil B. DeMille Award at the 2015 Golden Globes. The award is designed to pay homage to those who have made exceptional contributions to the entertainment industry.

In total, George Clooney’s movies have amassed an overwhelming $4.6 billion at theaters worldwide, according to Box Office Mojo, which tracks film earnings. His highest-grossing movies worldwide include “Gravity” at $723.2 million, “Ocean’s Eleven” at $450.7 million, “Ocean’s Twelve” at $362.7 million, “The Perfect Storm” at $328.7 million,  “Ocean’s Thirteen” at $311.3 million and his latest film, “Money Monster,” at $41 million.

Next up, Clooney will direct the dark comedy “Suburbicon,” which stars Matt Damn, Julianne Moore and Oscar Isaac. The film is due out Nov. 3.

Related: George Clooney and Other TV Stars Who Now Have Big Screen Paychecks

George Clooney has repeatedly proven that his heart is as big as his bank account. In 2007, the actor joined forces with fellow Hollywood heavyweights Brad Pitt, Matt Damon, Don Cheadle and Jerry Weintraub to found the human rights organization Not On Our Watch, which fights to put overlooked international crises on the global radar. The organization has made significant contributions to support the Darfur region, including a $2.75 million donation to the International Rescue Committee in 2007.

Serving as a UN Messenger of Peace from 2008 to 2014, Clooney has participated in charitable acts around the globe. The star donates his time and money to numerous charitable organizations, including the Running Heart Foundation, ONE campaign, United Way and the Satellite Sentinel Project. He was even arrested during a protest at the Sudanese Embassy in 2012.

After 2005’s Hurricane Katrina, Clooney gave $1 million to United Way to assist victims. He then auctioned off the entire contents of his 2006 Academy Awards gift bag to benefit the organization’s Hurricane Response and Recovery Fund. After the 9/11 terrorist attacks, Clooney organized the star-studded telethon “America: A Tribute to Heroes,” which raised more than $150 million for United Way.

Clooney was also the driving force behind the telethon “Tsunami Aid: A Concert of Hope,” which garnered an estimated $18.3 million for the American Red Cross International Response Fund following the 2004 tsunami. 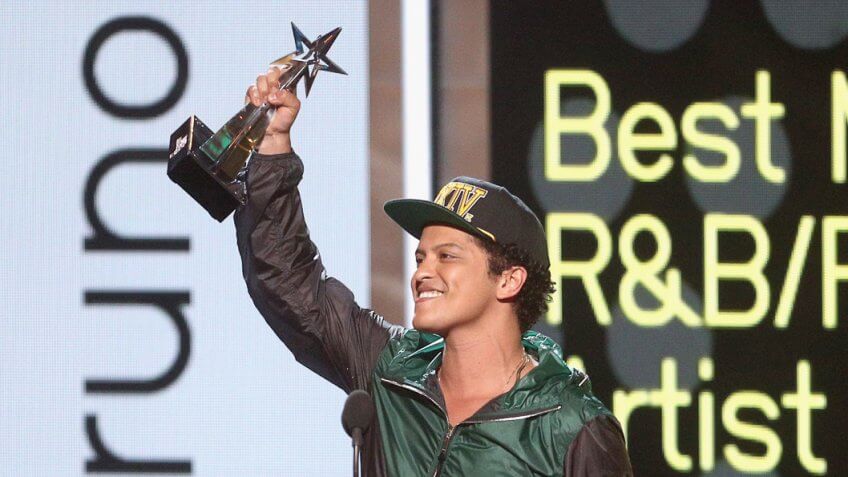 BET Awards 2017: What Winners Beyoncé, Remy Ma and More Are Worth

All the 2017 BET Awards nominees and winners went home to impressive net worths.