On Thursday, Feb. 2, America celebrates Bill Murray and Andie MacDowell finally finding love after time repeats itself on a loop in “Groundhog Day.” Some people will also celebrate a lesser known festival involving a weather-forecasting rodent in Pennsylvania.

Since Murray introduced himself to the world in the 1976 season of “Saturday Night Live,” his brand of humor — somehow dry, misanthropic and affable all at once — has not only left a permanent stamp on pop culture, but birthed an extremely lucrative career, generating Murray an estimated net worth to $140 million. Here’s a look at 10 of Bill Murray’s highest-grossing movies.

If you include movies that Bill Murray has cameoed in, like “Space Jam” or “Zombieland,” 1991’s “What About Bob?” wouldn’t make the cut of the 10 highest-grossing Murray movies — nor would “Groundhog Day,” for that matter. But with a lifetime gross of $63.7 million and a growing cult of ’90s kids singing its nostalgic praises, it somehow feels right to have Bob Wiley on the list.

Originally planned as a Woody Allen-Bill Murray vehicle, “Bob” ended up pairing Murray with Richard Dreyfuss and director Frank Oz as a comically phobia-prone patient who crashes his psychiatrist’s lakefront vacation. Dreyfuss and Murray didn’t get along so well on set, but the real-life tension arguably just elevates their at-odds chemistry onscreen.

Movies today are more likely to approach mental illness with more sensitive tone, but that doesn’t entirely leave “Bob” in the dust. As psychiatrist Dr. Glen Gabbard said in an interview with the Writers Guild of America, “Psychotherapy ain’t showbiz … It’s ridiculous from a psychiatric standpoint, but I sit there laughing out loud at Bill Murray.” You’re not alone, doc.

Don’t Miss: The Ultimate Gift Guide for the Movie Fanatic

With a lifetime gross of $70.9 million, “Groundhog Day” is teetering on the edge of Murray’s top 10. But that precarious position certainly hasn’t dethroned “Groundhog” from its place as a modern classic.

In the movie that famously divided Murray and the late Harold Ramis — the film’s director and longtime Murray collaborator — a jaded weatherman lives Groundhog Day on repeat until he can get it right, or figure out what “getting it right” even means.

“Groundhog Day” seems to become more beloved with time, and it’s not hard to imagine it becoming a sort of modern “It’s a Wonderful Life,” given its cult status, philosophical undertones, outside-looking-in narrative, and extremely capable comedic lead. Legendary critic Roger Ebert saw the movie’s potential way back in his 1993 review, though, writing that the film “is a demonstration of the way time can sometimes give us a break.”

For Bill Murray, “Garfield: The Movie” was an accident. Upon confusing “Garfield” screenwriter Joel Cohen with “Fargo” writer-director Joel Coen of the Coen Brothers, Bill agreed to follow up his Oscar-nominated performance in “Lost in Translation” with a talking CGI cat movie.

It might not have been a boon for moviegoers or critics, but it was a happy accident for Bill Murray’s bank account. At a lifetime gross of $75.37 million, it turns out that cats beat groundhogs pretty handily.

Though the plot follows Breckin Meyer’s Jon adopting a dog in an effort to impress love interest Jennifer Love-Hewitt — followed by a cat-driven canine rescue mission — it’s safe to assume that lots of those box-office returns were the result of Murray Mania.

Bill Murray, John Goodman and Cate Blanchett on a George Clooney-directed mission to rescue art from Nazis in World War II sounds like a recipe for greatness, but greatness isn’t always an exact science.

Near the film’s release in 2014, leaked emails reveal that Clooney contacted Sony Pictures chair, Amy Pascal, lamenting that he needed “protection from all the reviews,” which had not been kind. Pascal’s response? “We will protect you by making money … that’s the best revenge.”

Chicago-bred buddies Bill Murray, “Stripes” writer Harold Ramis and director Ivan Reitman made the world a better place with a string of classic comedies in the late ’70s and early ’80s, gifting us with “Meatballs,” “Caddyshack” and “Stripes” over three consecutive years.

“Stripes” is straightforward enough, as two aimless pals decide to join the military on a whim. Ramis’ dialogue and an electric cast of Murray, Ramis, John Candy, Warren Oates and John Larroquette capture comedic lightning in a bottle, bringing a sense of manic energy to the simple plot.

The ensemble paid off. Not only did “Stripes” generate $85.3 million at the box office, Army recruitment numbers reportedly went up 10 percent following the flick’s release.

If you had to define Bill Murray’s relationship with “Ghostbusters II,” you’d probably have to say “it’s complicated.” At a 2009 press conference, he said, “We did a sequel, and it was sort of rather unsatisfying for me because the first one to me was the goods.”

In the Reitman-helmed sequel, gone are Gozer and the Stay-Puft Marshmallow Man, replaced by a Jello-like paranormal goo that makes New Yorkers aggressive — or even more aggressive. Ernie Hudson, Dan Akroyd, Sigourney Weaver, Rick Moranis, Amy Potts and Harold Ramis all return to get slimed, for better or worse.

Then and Now: ‘Ghostbusters’ Bill Murray and Melissa McCarthy Net Worth

Though he was already a star when “Charlie’s Angels” was on the tube, Murray didn’t join the franchise until its 2000 cinematic reboot, helping Cameron Diaz, Drew Barrymore and Lucy Liu track down stolen voice-ID software. You know, the type of thing movie heroes don’t want to fall into the wrong hands.

As Angel sidekick Bosley, Bill also helped the Angels track down a theatrical return of $125.31 million. He didn’t return to partake in the $100.83 million domestic gross of “Charlie’s Angels: Full Throttle,” however.

Murray works in mysterious ways, but his reasons here aren’t too opaque. As he told “Entertainment Weekly” in 2009, the always-honest comedian thinks that “Angels” director McG “should be pierced with a lance.”

If anyone can do the job of supporting Dustin Hoffman and Jessica Lange in a Sydney Pollack production, it’s Bill Murray. And audiences agreed — 1982’s “Tootsie” brought in a staggering $177.2 million. Adjusted for inflation, that’s $489,942,900 in today’s dollars.

As his playwright roommate, Murray helps Hoffman — a successful but “difficult” actor — hoodwink the masses by posing as an actress. Alongside 1980’s “Where the Buffalo Roam,” “Tootsie” was among the first flicks to let Bill’s more cerebral side shine.

So in a way, Dustin Hoffman wearing a dress gave way to films like “Lost in Translation,” “The Royal Tenenbaums” and “Coffee and Cigarettes.” Thanks, Dustin Hoffman’s dress.

When Murray said that the first “Ghostbusters” was “the goods,” he wasn’t — perhaps for a change — kidding around. Backed by a revolutionary marketing campaign, “Ghostbusters” wrangled $242.21 million following its 1984 release. If you adjusted that number for inflation, it’d be Bill Murray’s biggest movie ever, and the race isn’t even close.

In the pantheon of Bill Murray movies, this might just be the Holy Grail. Ivan Reitman’s directorial style was smooth and assured. The ensemble of Murray, Akroyd, Ramis, Hudson, Weaver, Moranis and Potts showcased a group of actors at the height of their collective genius. And the horror-tinged story of an ageless god devouring New York — only to be busted by a blue-collar ghost catchers — was just crazy enough to work.

It might have been knocked out of the number one unadjusted spot in 2016, but for millions of viewers, “Ghostbusters” will remain Murray’s most iconic work. Like the ‘busters themselves, this movie had the tools, and it had the talent.

When Disney’s live-action and CGI hybrid of “The Jungle Book” pulled down $364 million in 2016, it immediately shot to the top of the list of the most profitable Bill Murray movies. In an era of Star Wars and Marvel driven Disney dominance, Bill got a fruitful slice of Walt’s pie.

It’s easy to be cynical about Disney’s grip on so many American pop-cultural icons, but Murray’s performance as Baloo the bear melts that cynicism away with an easygoing joviality. Retelling, once again, Rudyard Kipling’s classic story of man-cub Mowgli’s upbringing in the jungle, Murray’s pitch-perfect casting is just one among many, including Ben Kingsley as Bagheera and Idris Elba as Shere Khan.

With his biggest financial success hitting 40 years after his mainstream debut, Bill’s future as a performer remains decidedly Murray-esque: Self-assured, subtly brilliant, and — above all else — completely unpredictable. 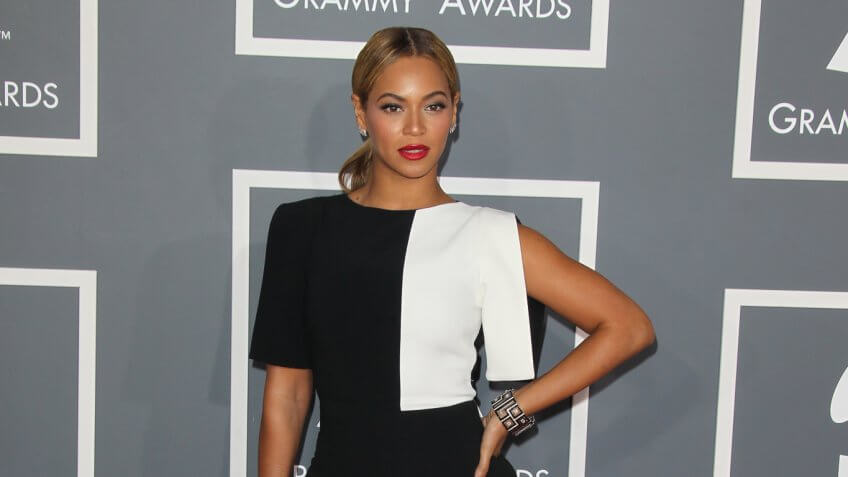 Here are the awards nominees — and information on their net worths.