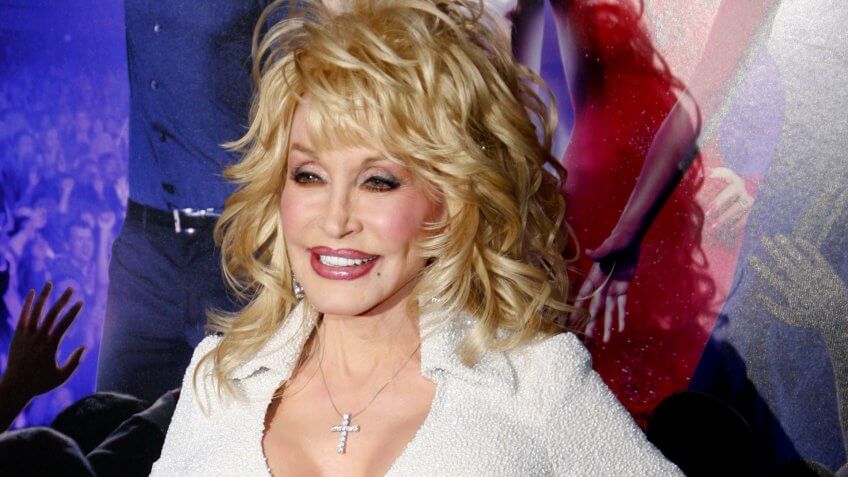 If album sales and tour revenue are any indications, Americans love country music. The 11 highest-paid country music stars of 2017 all made $25 million or more, with much of those earnings coming from touring.

The 2017 list of top-paid country acts includes perennial favorites like Kenny Chesney, whose die-hard fans make up the No Shoes Nation, and relative newcomers like Florida Georgia Line, who blurred genre lines by collaborating with EDM stars The Chainsmokers this year. Click through to see the richest country music stars of 2017. 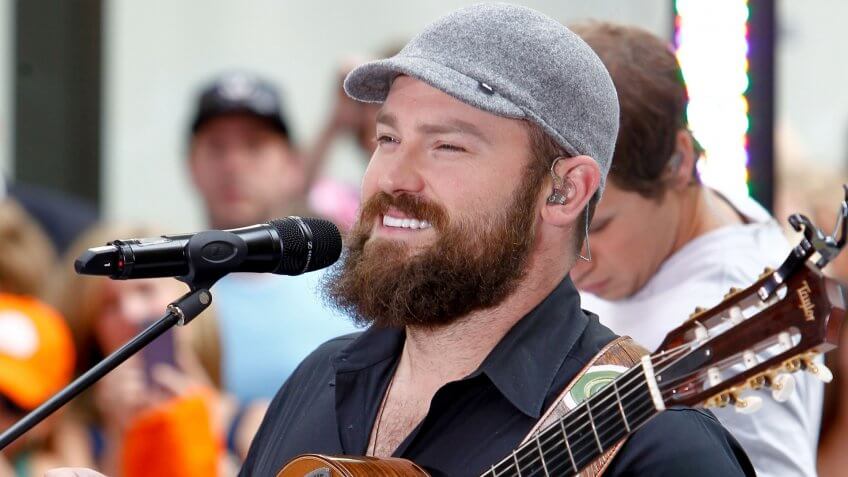 The Zac Brown Band released the album “Welcome Home” in May 2017 and it reached No. 2 on the Billboard Hot 200 after 13 weeks on the chart. The album featured the songs, “All the Best,” “Roots,” “Real Thing” and “My Old Man,” which all placed on the Billboard Hot Country chart.

“Welcome Home” sold 146,000 equivalent album units in its first week of sales, according to Nielsen Music. The band also embarked on the “2017 Welcome Home Tour” this year, which wrapped up in Los Angeles in October.

Tours, Tournaments and More: These 30 Stars Are Making a Fortune Overseas 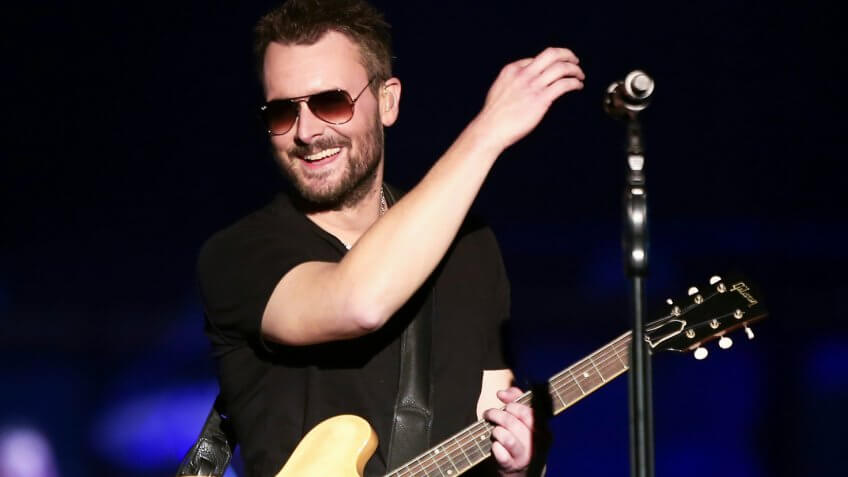 Eric Church embarked on his first solo tour in 2017. The aptly named “Holdin’ My Own Tour” included over 60 cities across North America, and wrapped up with two nights in Nashville, Tenn., in May. Church had the No. 4 top-selling tour in North America, according to Pollstar’s 2017 mid-year report, with a gross of $54.5 million.

While his main source of income is touring, according to Forbes, Church also earned money from sales of his signature boot line with Lucchese Boots. The boots start at $590 and were available for sale at his concerts. 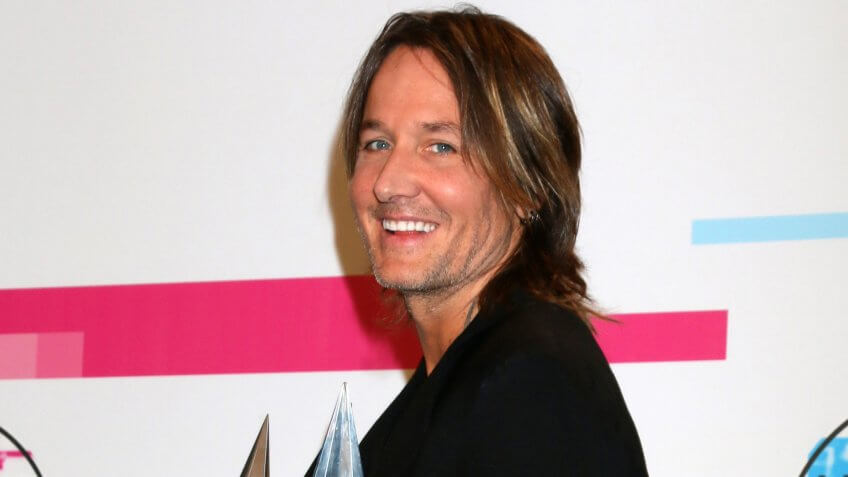 Though he did not release a new album in 2017, Keith Urban — who comprises half of one of the richest celebrity power couples with wife Nicole Kidman — released the single “Female” in November 2017. The song is about respecting women and was inspired by Harvey Weinstein’s sexual assault scandal.

“I think it’s just time for a recalibrating of the past,” he told the Associated Press. “Things have been a certain way for a long, long time, and I think you’re seeing a turning of the tide for that.”

In 2017, the singer also scored a Grammy nomination for his 2016 album “Ripcord.” Urban played 79 shows in the past year and has a line of guitars with HSN, both of which added to his annual income, Forbes reported. 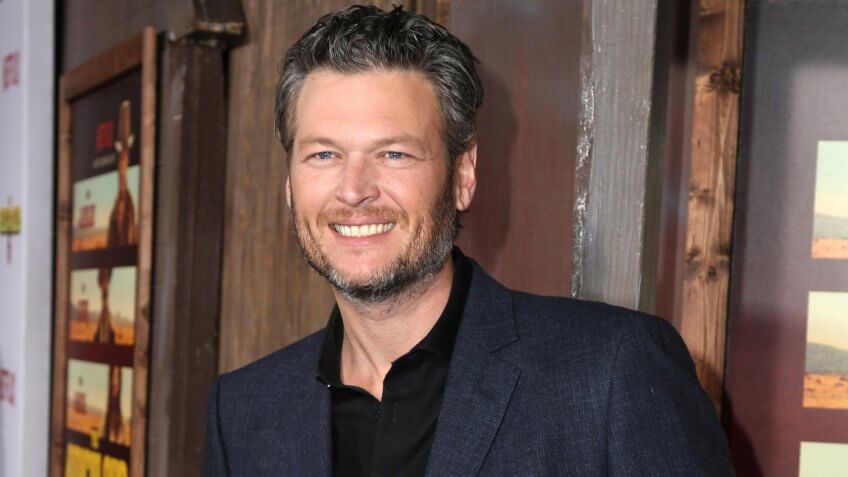 Blake Shelton released his 11th album, “Texoma Shore,” in November. The album reached No. 4 on the Billboard Hot 200 and spent six weeks on the chart. It also took the No. 1 spot on Billboard’s Top Country Albums chart and sold 63,000 equivalent album units during the week of its release, according to Nielsen Music. The album features the single “I’ll Name the Dogs,” which reached No. 6 on the Hot Country Songs chart.

Earlier in the year, Shelton played 13 dates across the country on his “Doing It to Country Songs” tour. In addition to earnings from album sales and touring, he made $13 million for being one of the coaches on “The Voice,” according to The Wrap. 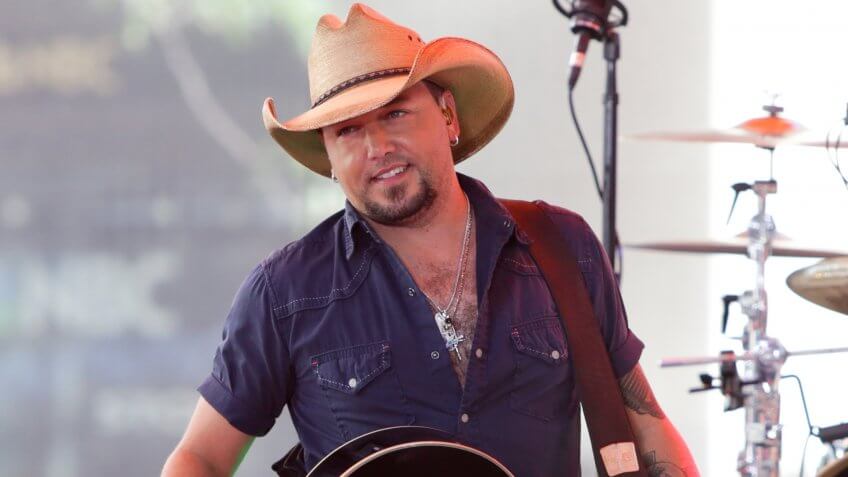 Jason Aldean released the album “They Don’t Know” in September 2016, but singles from the album continued to chart into 2017: The song “Any Ol’ Barstool” peaked at No. 5 on the Billboard Hot Country Songs chart in April 2017. Aldean embarked on a U.S. tour for the album that same month and grossed an average of over $1 million per city, according to Forbes.

Aldean cancelled three tour dates after the tragic shooting during his performance at the Route 91 Harvest Festival in Las Vegas in October.

“I feel like out of respect for the victims, their families and our fans, it is the right thing to do,” he said in a statement on his website. “It has been an emotional time for everyone involved this week, so we plan to take some time to mourn the ones we have lost and be close with our family and friends.” 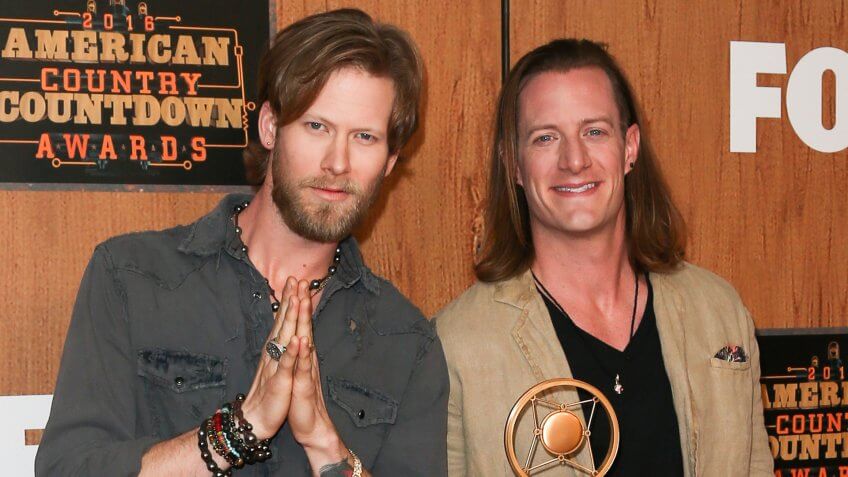 Florida Georgia Line collaborated with top pop, country and dance artists to release a slew of singles in 2017. Hits included “Last Day Alive” with The Chainsmokers; “Meant to Be” with Bebe Rexha; “Let Me Go” with Hailee Steinfeld, DJ Alesso and Watt; and “Up Down” with Morgan Wallen. “Let Me Go” and “Meant to Be” both cracked the Billboard Hot 100 chart.

The country duo also went on its first-ever headlining stadium tour in 2017, “The Smooth Stadium Tour 2017,” which also featured the Backstreet Boys, Nelly and Chris Lane. While most of the group’s income comes from touring, Florida Georgia Line also has deals with Advance Auto Parts and Nitto Tires, Forbes reported. 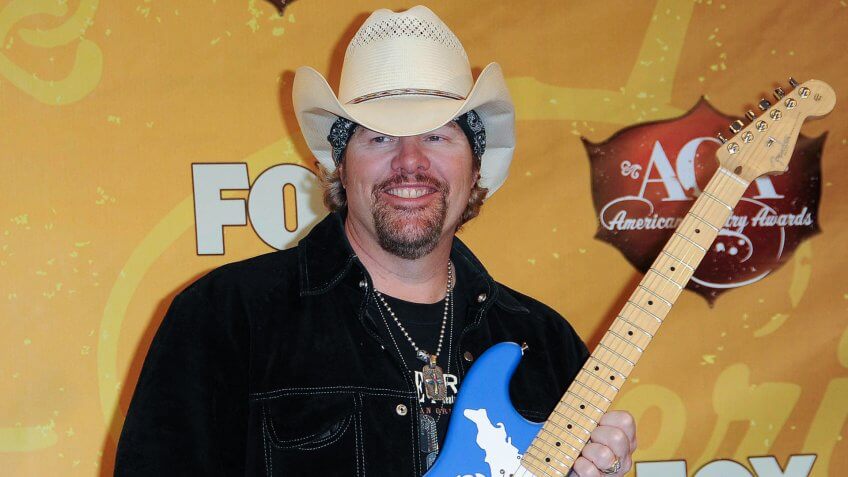 Toby Keith released his 22nd album, “The Bus Songs,” in September 2017. The collection of humorous songs reached No. 1 on Billboard’s Comedy Albums chart and stayed there for 14 weeks. Keith played select concert dates throughout the year, including his first performance in Nashville, Tenn., in over 10 years.

Keith earned income from an endorsement deal with Ford and his own line of Wild Shot mezcal, Forbes reported. Additionally, he also performed at President Donald Trump’s inauguration ceremony in January. 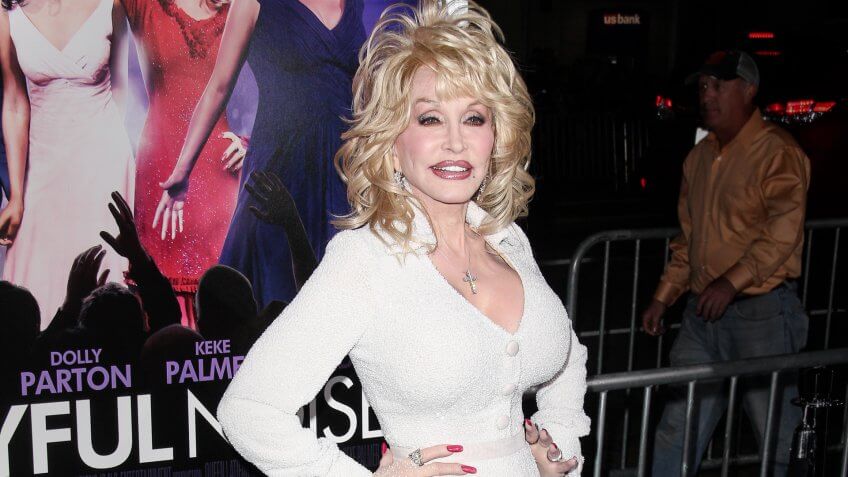 Dolly Parton released “I Believe in You” in October 2017, her first children’s album and 44th solo album. All of the proceeds from the album will go to Dolly Parton’s Imagination Library — but the country legend didn’t depend on album sales to rack up her millions this year.

Although she has not toured since her 60-plus-city North American “Pure & Simple” Tour in 2016, she continues to rake in revenue from her Dollywood Theme Park. In addition to rides and attractions, the theme park has a water park, resort, cabins and dinner shows. 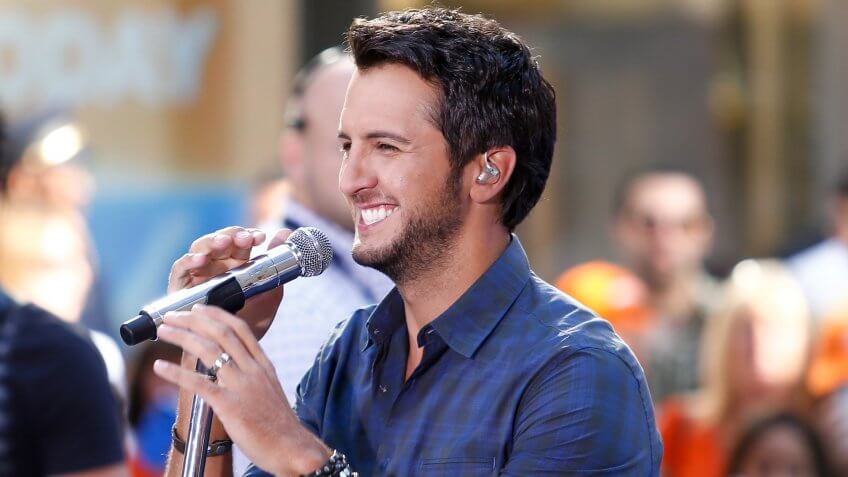 “What Makes You Country” is Luke Bryan’s seventh album release. The album was released on Dec. 9, 2017, and debuted with 108,000 total copies, according to Rolling Stone. It includes the singles “Light It Up,” which reached No. 4 on Billboard’s Hot Country Songs chart, as well as the title track.

In addition to revenue from album sales, Bryan made big bucks from his 2017 “Huntin’, Fishin’ and Lovin’ Every Day Tour,” which ran from May through October and grossed more than $35 million, according to Billboard. The country crooner also stars on Outdoor Channel’s “Buck Commander,” and has lucrative endorsement deals with Cabela’s and Miller Lite.

The Grammys Are Coming: See the Net Worths of the 2018 Grammy Nominees 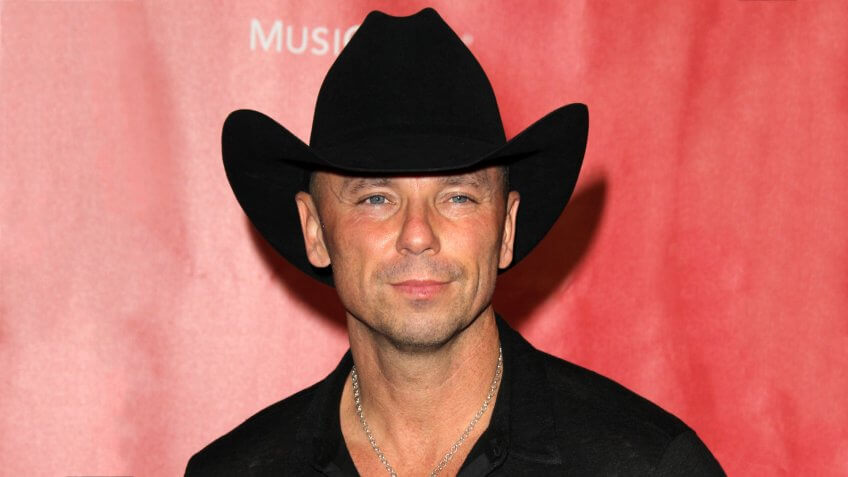 Kenny Chesney’s duet with P!nk, “Setting the World on Fire,” was certified platinum by the Recording Industry Association of America in September 2017, signifying that it had sold 1 million copies. He released his second live album, “Kenny Chesney: Live in No Shoes Nation,” in October 2017, and it went straight to No. 1 on the Billboard Hot 200 chart — selling 219,000 equivalent album units in its first week of sales.

Chesney added to his income stream with tour revenue from select festival shows and four smaller shows in Alabama and Connecticut. He also boasts a line of tailgating supplies with Engel Coolers, his own SiriusXM channel, a rum brand and endorsement deals with Corona and Apple. 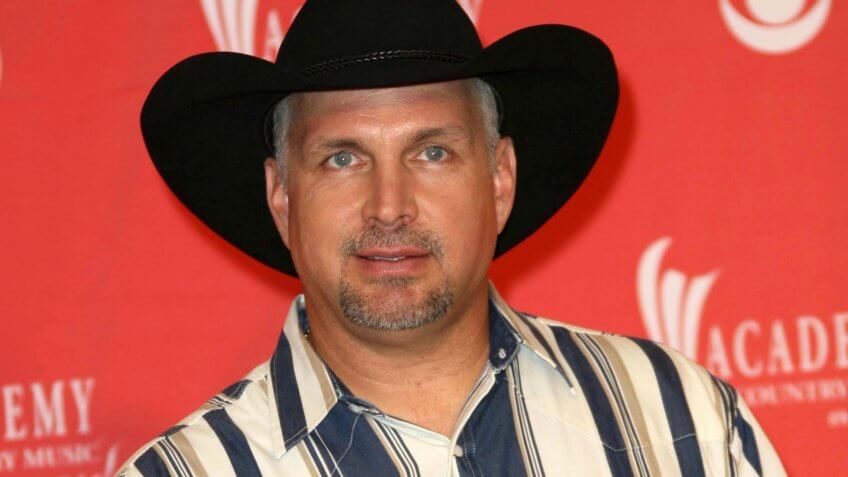 Garth Brooks has been on tour for the entirety of 2017, and he will wrap up the last leg of his three-year world tour at the end of December. Brooks claims to have sold 6.4 million tickets for this tour, which would make it the biggest tour by a solo artist and the biggest North American tour of all time if confirmed.

As of Pollstar’s 2017 mid-year report, Brooks’ North American leg of the tour had grossed $48 million. He made $60 million this year, according to Forbes.

Up Next: Where Are They Now — How Much These One-Hit Wonders Are Worth 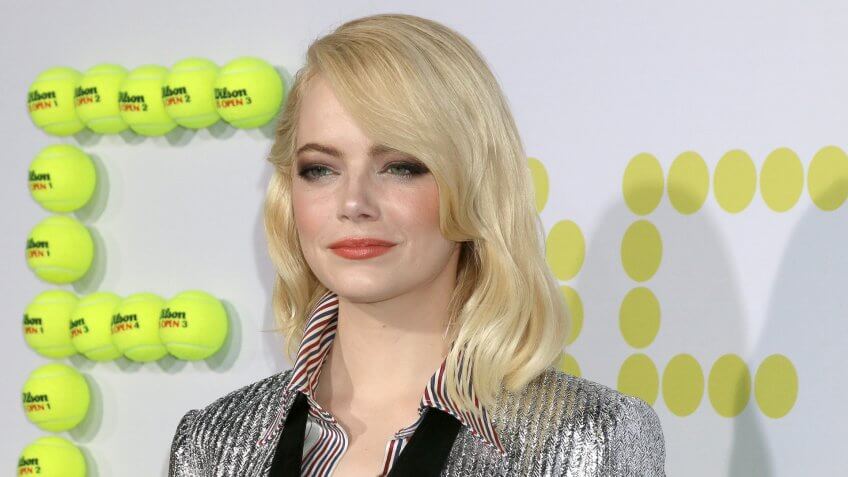 Here’s How Much Money the Golden Globes Nominees Make

See the net worths of this year's nominees.