How Rich Is Amy Poehler? 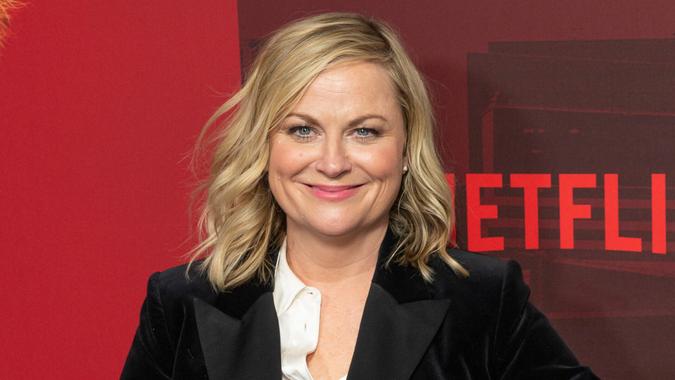 Former “Saturday Night Live” star Amy Poehler has a long list of television and film credits to her name, which have contributed to her total net worth of $25 million, according to Celebrity Net Worth. The site reveals that she earned $200,000 per episode for her starring role in the NBC comedy “Parks and Recreation,” where she played Leslie Knope from 2009 to 2015, according to IMDB.

A 1993 graduate of Boston College, Poehler participated in an improv comedy troupe during college, which ended up being preparation for her role on “Saturday Night Live” from 2001 to 2012. Prior to joining “SNL” with longtime friend Tina Fey, Poehler joined Second City’s touring company with Fey. In 2008, the duo played Sarah Palin and Hillary Clinton on “SNL” in a sketch about sexism in political campaigns, which ultimately became “the biggest viral video of the year,” according to Celebrity Net Worth.

Throughout her vast television and film career, Poehler has won many awards and received several nominations for Golden Globes, Primetime Emmys, Daytime Emmys, Behind the Voice Actor Awards, American Comedy Awards and many more. Her more prestigious wins include a 2016 Primetime Emmy as outstanding guest actress in a comedy series for her work on “Saturday Night Life,” which she shared with Fey, and a 2014 Golden Globe for best performance by an actress in a television series – comedy or musical for her work on “Parks and Recreation.

Some of Poehler’s most notable film roles include Mrs. George on “Mean Girls” and Fairchild Van Waldenberg in “Blades of Glory.” A talented voice actress, Poehler played the voice of Sally O’Malley in “Horton Hears a Who” and the voice of Joy in the Disney Pixar animated film “Inside Out.” She also voiced Eleanor, the singing Chipette, in the “Alvin and the Chipmunks” movies.

More recently, Poehler directed and starred in the 2019 Netflix original film “Wine Country” and directed the new Netflix film “Moxie,” about a 16-year-old girl who publishes a zine calling out sexism in her school.