How Rich is Jimmy Fallon? 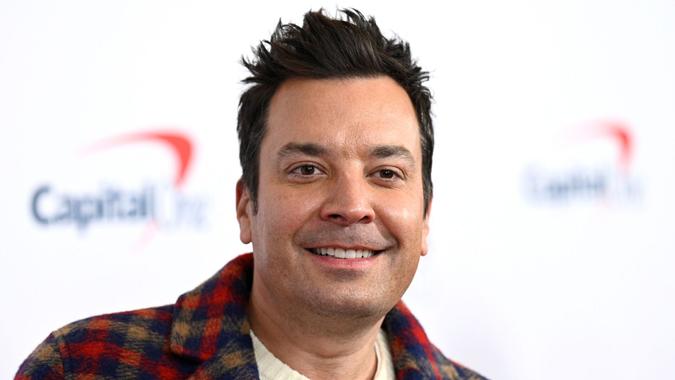 Jimmy Fallon’s turn as host of “The Tonight Show” (and as a beloved “Saturday Night Live” alum) makes him one of the most popular — and financially successful — comedians and writers in the world. As he celebrates nearly a decade at the helm of “The Tonight Show,” he shows no sign of slowing down.

Fallon holds an estimated net worth of $60 million, per CelebrityNetWorth.

Jimmy Fallon started out imitating “SNL” as a kid with his sister. In 1998, he landed a dream job as a cast member on the show, thanks to his stint as a stand-up comedian and improv performer in Los Angeles. As a full-time cast member, Fallon became one of the show’s most prominent faces as the co-anchor of the popular “Weekend Update” skit, a role he played for four years on “SNL.”

Five years after leaving the show, he returned to the small screen to helm NBC’s “Late Night,” where he reportedly earned $5 million annually. His celebrity status — and his net worth — hit an even higher level when he replaced Jay Leno as the host of the iconic late-night standard, “The Tonight Show,” in 2014.

Discover: How Rich is Eminem?

In 2021, Fallon launched a new endeavor, “That’s My Jam,” which was recently renewed for a second season. Drawing its inspiration from popular “The Tonight Show” games, the comedy-variety game show has already made its mark as NBC’s best-ever digital launch for a non-scripted program, reaching more than 250 million viewers across linear, digital and social platforms.

When NBC announced in 2013 that Jimmy Fallon would replace longtime host Jay Leno on “The Tonight Show,” The Daily Mail reported that Fallon would earn $12 million a year as host. Fallon’s salary was reportedly $3 million less than Jay Leno’s salary — that is, after Leno took a $10 million pay cut from $25 million to $15 million in 2012. Before his contract was extended in 2021, locking him in through 2026, Fallon made an estimated $16 million a year as host. It is not known what the current contract terms are.

Learn: How Rich Are Megan Rapinoe, Alex Morgan and These Big-Name US Soccer Stars?
Explore: How Rich is Steve Carell?

In addition to his “night job,” Jimmy Fallon has earned a considerable amount of his $60 million net worth by lending his charm and likeability to the world of corporate branding. He has appeared in advertising campaigns for several major brands, including Pepsi, Capital One, Xfinity and Apple — having starred alongside Justin Timberlake to promote the iPhone 6 and iPhone 6 Plus in the past.

Jamie Lynn Ryan earned her BFA in Journalism from the C.W. Post campus of Long Island University. After serving as an editor and columnist for a Long Island-based community weekly for over 13 years, she transitioned to a career in the marketing field, working as an account director, project manager, and content developer. In her free time, Jamie Lynn enjoys dabbling in landscape photography and features much of her work online at Snapshots & Silhouettes.