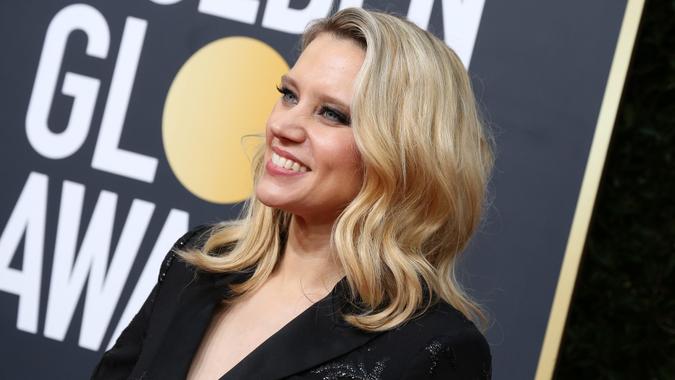 “Saturday Night Live” cast member, actress and comedian Kate McKinnon has a net worth of $9 million, according to CelebrityNetWorth.com. How does she make her money? A large portion of her nest egg undoubtedly comes from her estimated $25,000 per episode salary on SNL, making her one of the highest paid cast members. But she also makes a substantial amount through brand endorsements, including appearing in commercials for the Ford Focus.

Discover: Jimmy Fallon’s Net Worth As He Turns 47
Find: How Rich Is Jason Sudeikis?

She has also made money from voice acting work on series’ such as “The Simpsons,” “The Magic School Bus” and “Family Guy,” as well as in live comedic performances where she honed her skills doing impressions.

Born in Sea Cliff, New York, McKinnon discovered her musical talents on the piano, cello and guitar. But after impersonating the Queen of England with a British accent in fifth grade, she discovered her true love lied with acting, comedy and celebrity impressions.

McKinnon’s big break, as it were, was on the cast of “The Big Gay Sketch Show,” which aired from 2006 to 2010. In 2009, she earned the NewNowNext Award for “Best Rising Comic.” By 2012, she had joined the cast of “SNL” and was promoted to a prominent role in 2013, when she was also nominated for an Emmy for her work on the sketch show. In 2006, after several nominations, she finally earned an Emmy for her “SNL” work.

See: How Much Is Chris Rock Worth?
Explore: Ellen DeGeneres’ Net Worth as Her Show Begins Its Final Season

In 2016, McKinnon had yet another breakout year, making it big on the silver screen with her role as Jillian Holtzmann in the “Ghostbusters” reboot, and as a voice in the sequel to Disney-Pixar film “Finding Nemo,” titled “Finding Dory.”