How Much is Kate Middleton Worth? 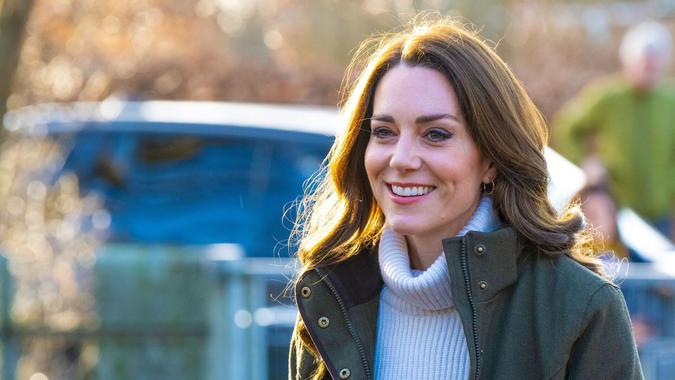 Upon the death of Queen Elizabeth II on Sept. 8, Kate Middleton has taken a step closer to her eventual position of queen consort due to her marriage to Prince William, heir apparent to the British throne.

See: What is Queen Elizabeth II’s Net Worth Upon Her Death At Age 96?
More: How Much is Prince Charles Worth As He Becomes King of England?

Known for her down-to-earth, charitable nature and impeccable sense of style, Kate is an extremely hard-working and popular royal.

With the tragic news of the queen’s death, Duchess Kate will soon likely be known as the Princess of Wales, a title that once belonged to Princess Diana. Let’s look at the life and net worth of the future princess.

In 2018, Wealth-X estimated Middleton’s net worth at $7 million, according to Money. However, most sources, including Celebrity Net Worth, place her personal wealth (aside from everything her royal husband brings to the table) at $10 million. Popular Bio suggests she is worth closer to $13 million, citing Forbes and IMDb, among other online sources.

Before marrying Prince William in 2011, Middleton came from a well-to-do family with long ties to royalty (Middletons have been friends with various royal family members since the 1920s, per Celebrity Net Worth).

According to Marie Claire, the Middleton family built its current fortune in the mid-1980s when Kate’s mother created Party Pieces — a party supply and decoration company. Party Pieces has an estimated worth of $50 million, “thanks in no small part to the exposure it gets from being associated with the royals, according to royal expert Marlene Koenig,” per Money.

Kate is a “working royal” but does not earn a salary. When not raising her three children, her day-to-day schedule is filled with official engagements where she represents the family and monarchy along with her husband.

Although she has no income, per se, Middleton has few expenses. Per CNBC, her and William’s living expenses, staff, travel and official wardrobe are paid for through the Duchy of Cornwall, a financial fund or territory administered by Prince Charles III.

When Charles ascends to the throne as king, the duchy — with its 52,449 hectares of land and £345 million worth of commercial property, belongs to Prince William — per Cosmopolitan. In June 2022, The Independent reported that the duchy’s assets rose to £1.2 billion last year (approximately $1.4 billion USD) and Prince Charles’ earnings in 2021/22 totalled £23 million ($26.6 million USD). William, and Kate by marriage, will be taking home around that same amount per year.

Despite an imminent move to Buckingham Palace, Prince Charles is fond of his family home at Highgrove, which is controlled by the duchy. According to The Daily Mail, “Charles is expected to keep his beloved Highgrove as his family home. It is owned by the Duchy of Cornwall, which William will inherit when Charles becomes King. Then William will be his father’s landlord, taking £700,000 a year rent.”

William inherited money from both the queen mother and his mother, Princess Diana, upon their deaths — and he and Kate will certainly receive some of the queen’s estimated wealth of $447 million, per The New York Post. The duke and duchess are likely to move into the 1,000-year-old Windsor Castle when Charles assumes the throne.

Catherine Elizabeth Middleton was born in Reading, England, on Jan. 9, 1982, to Carol and Michael Middleton.

According to Celebrity Net Worth, when Kate was 2, her family left England and moved to Jordan where her father worked for British Airways. Kate was enrolled in St. Andrew’s School upon returning to the U.K. at the age of 4, before later studying at posh boarding schools such as Downe House School and Marlborough College. She attended the University of St. Andrews in Scotland, where she met and started dating Prince William.

Discover: How Rich Is Meghan Markle?
More: How Much is Prince Harry Worth?

According to US Weekly, William proposed to Kate in 2010 during a trip to Kenya, famously using the engagement ring that belonged to his late mother, Princess Diana. They were married on April 29, 2011, in a ceremony that was watched by over 2 billion people worldwide. Middleton is the mother of three children shared with Prince William: Prince George (9), Princess Charlotte (7) and Prince Louis (4).