How Much is Laura Ingraham Worth? 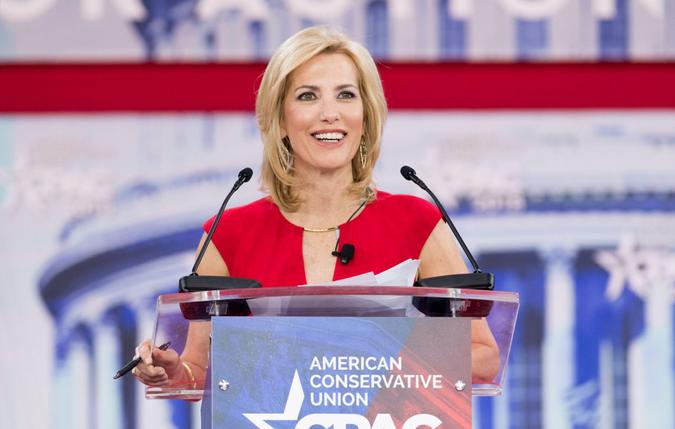 Laura Ingraham, outspoken conservative talk show host and bestselling author, has amassed a net worth of $40 million during her career, according to Celebrity Net Worth.

After graduating from Dartmouth College with a B.A., she began her career as a political speechwriter for the Reagan administration in the late ’80s. She then returned to school, earning a juris doctor degree from the University of Virginia Law School, Celebrity Net Worth reported. She worked for the U.S. Court of Appeals and later the Supreme Court as a law clerk, and then joined a law firm in New York City as an attorney.

Having written for conservative student newspapers in college, in 1996 Ingraham left law behind for a career in broadcast journalism, first working for MSNBC as a host. Later, she hosted “Watch It!” on CBS and in 2008 was hired as the host of “This Just In” at Fox News. Ingraham eventually earned her own show as a star host on “The Ingraham Angle,” which became the third-highest cable news program on TV and the most-watched in its time slot. Celebrity Net Worth reported that Ingraham earns a salary of $15 million per year at Fox.

See: Fox News and 25 More Companies That Faced Public Backlash
Find: Judge Judy and 9 of the Richest TV Hosts of All Time

In addition, Ingraham is a best-selling author who presumably earns substantial royalties from her books: “The Hillary Trap,” “Shut Up & Sing,” “Power to the People,” “Of Thee I Zing” and “The Obama Diaries.”

Ingraham owns a 7,869-square-foot home in Mclean, Virginia. The property, which spans more than 2 acres, last sold for $1.6 million in 2014 and is now worth $3.3 million, according to Velvet Ropes.